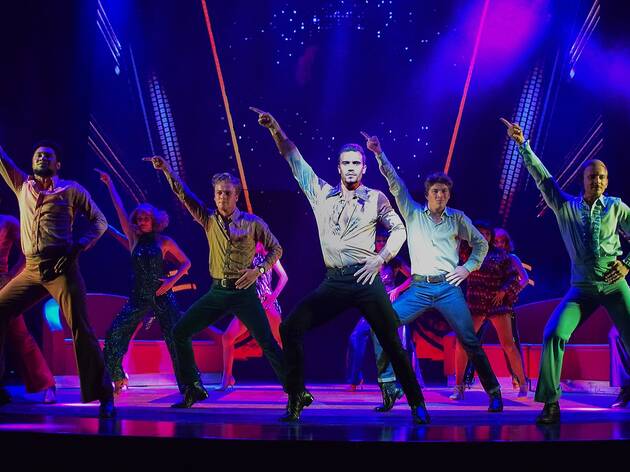 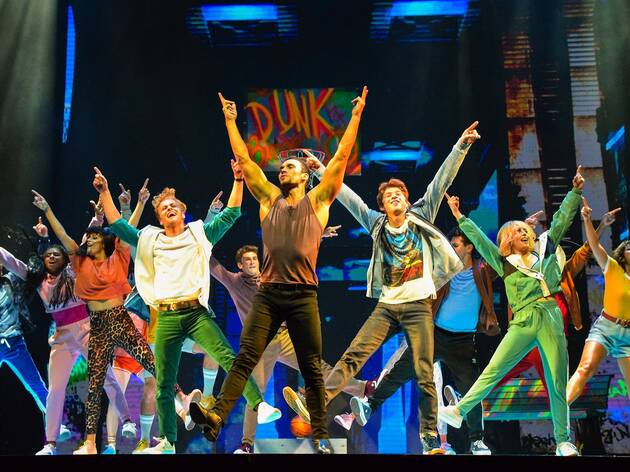 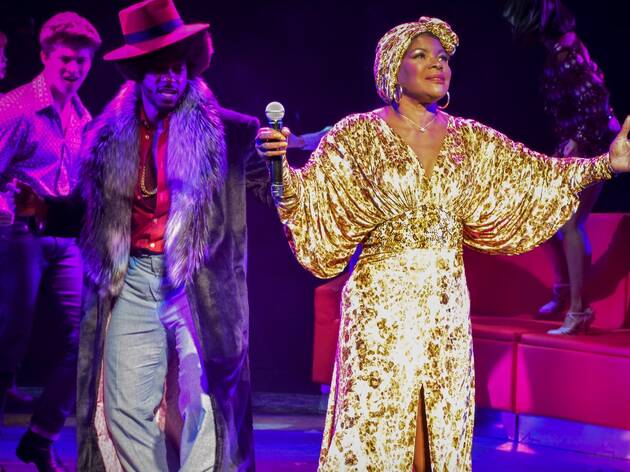 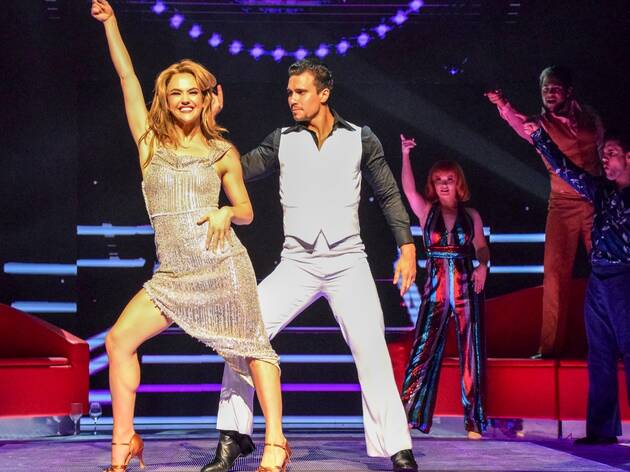 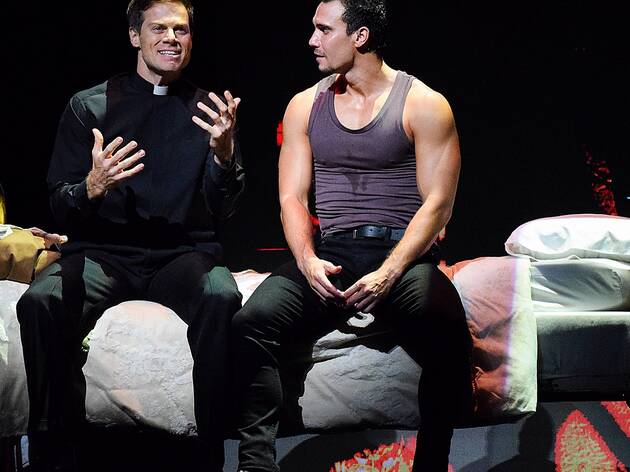 This new production of Saturday Night Fever, based on the cult 1977 film starring John Travolta, is an original French adaptation directed by Stèphane Jarny. It’s a calculated sensory overload designed to overwhelm rather than entertain. And while it gives you a touch of the magic you want, it seems to hold back on what you really need from this story: characters you can believe in, narrative tension, actual musical theatre.

The first thing that hits you is the lights: they pour out over the audience like you’re at a major pop concert, obscuring and distorting your vision. When police sirens flare, you’re bathed in urgent blue and red, and there are countless disco balls. The set is largely built on LED screens; Brooklyn brownstones fly past like background animation.

The second is a tsunami of sound: loud, occasionally without clarity, but always with a great deal of force (Dave Skelton is the musical director). The band is working overtime but it’s so much work that it hits the ear as noise. The ‘Star Vocalists,’ a show-made supergroup that sing through the show’s Bee Gees score, are talented: they’re Bobby Fox (Jersey Boys), Nana Matapule (Beautiful: The Carole King Musical), Paulini Curuenavuli (Australian Idol), and Natalie Conway (The X Factor). Hovering above and beyond the story, they function as well-dressed, entertaining props. Later, Marica Hines enters the story as local diva Estella; could Australia have a disco show without her?

The third thing that stands out is the choreography, which is the best and arguably only successful thing about Saturday Night Fever. This dance ensemble might be comprised of Australia’s hardest working and best dancers: their numbers are near-exclusively high-energy and breathtaking. Choreographer Malik Le Nost has built dances that suggest life only matters when you’re really in your body, and it’s dazzling. In the dancing is a hint of where the joy of Saturday Night Fever could reside, if we’d been lucky.

But the fourth thing you notice – and the most pervasive, lingering in the back of your throat – is how aggressively empty this all is.

Saturday Night Fever is a musical based on a movie based on a journalistic article about a disco subculture; the article was later revealed to be fake. No one ever lived like these characters, and this production can’t credibly sustain the lie. The plot – Tony (Euan Doidge) works for the weekend, living to enter dance competitions with pretty girls and palling around with his friends (‘the Faces’) – is paper-thin, riddled with holes and contradictions.

Tony bails on dance partner Annette (Angelique Cassimatis), who is interested in him and therefore easily disposable, for Stephanie (Melanie Hawkins), an outstanding dancer who plans to get out of Brooklyn and across the bridge into Manhattan full-time. They’re from two different worlds, and their shared goal – to win $500 in a dance competition – feels more like a device to get these characters in the same space than it does something they’re each excited about.

Producer John Frost notes in the program that he liked this new production of Saturday Night Fever, directed here by Karen Johnson Mortimer, because it excised the film’s darker elements from the plot. The film was dark, with sexual violence and rape, gang violence and suicide. However – and here is the crux of the problem – the production is light-hearted despite retaining the bulk of these plot points, albeit cut down, softened and euphemised.

It’s casually horrific to women. Sometimes it’s the everyday background noise of insisting women be nice or be on a diet, but it’s also there in Tony threatening Stephanie aggressively and physically, and in the (now lightly played, and less serious) sexual assault of Annette. A plot point about an underage girl’s pregnancy by Tony’s friend Bobby (Ryan Morgan) is more about Bobby’s lost future than it is about statutory rape or the girl’s humanity. (Later, Bobby’s ghost, played by Stephen Perez, dances in a subway station while Tony silently mourns and Curuenavuli sings ‘Immortality’; this show is absurd).

When no one is dancing, there’s no joy onstage. The book is perfunctory at best and Tony’s parents are played, in pre-filmed scenes, by Denise Drysdale and Mark Mitchell. Doidge must address them on-screen whenever they’re all supposed to be in a room together, and the end result is awkward, because a human having to interact with a pre-recorded video is always awkward.

This show is so determined to be a bland good time that it actively withholds storytelling milestones, catharsis and genuine conflict from its audience. And while the music mostly exists outside the plot, Annette and Bobby each sing a solo, as musical theatre characters. This defies the show’s own world-building rules; how can we believe in a universe that doesn’t care about its own parameters?

Saturday Night Fever seems determined to remind you that you are not seeing a musical. That’s why two characters play on a video over and over; why the hits you came for aren’t part of the story, just mood-setting. This production wants you to swallow a quality-controlled vehicle for the hits of the Bee Gees, competently sung, with sequins and disco balls aplenty. And it doesn’t care if you like it or not.