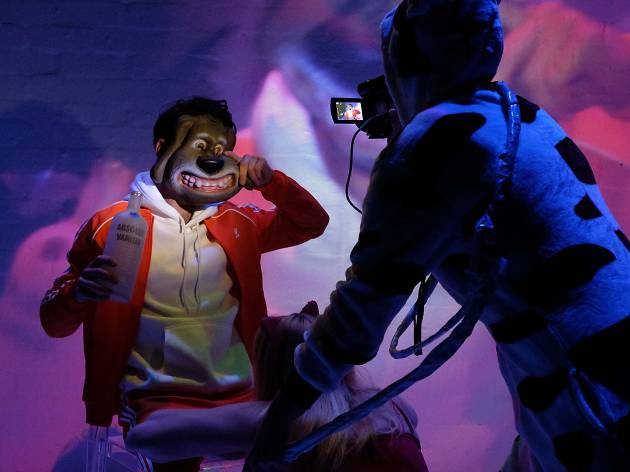 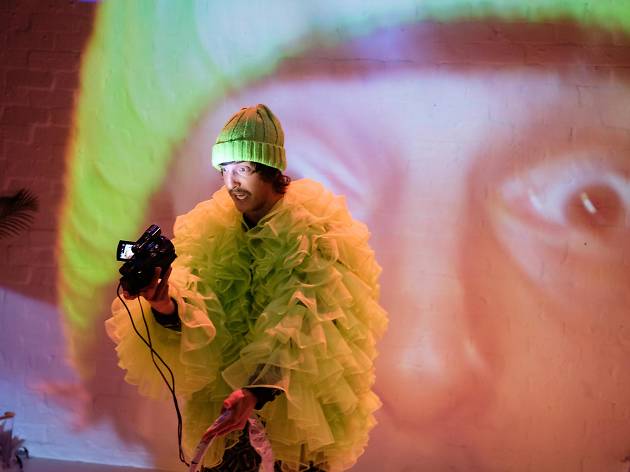 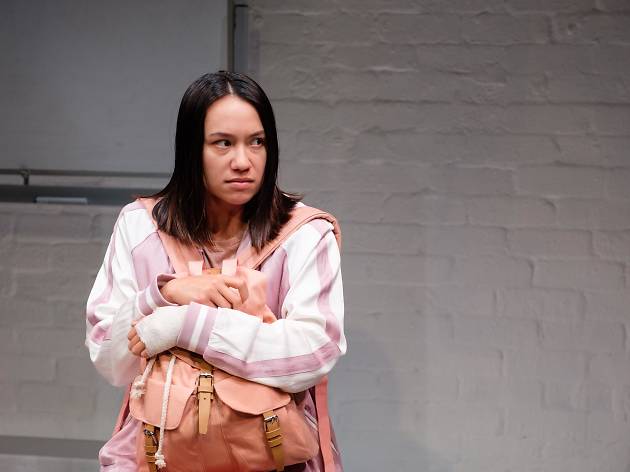 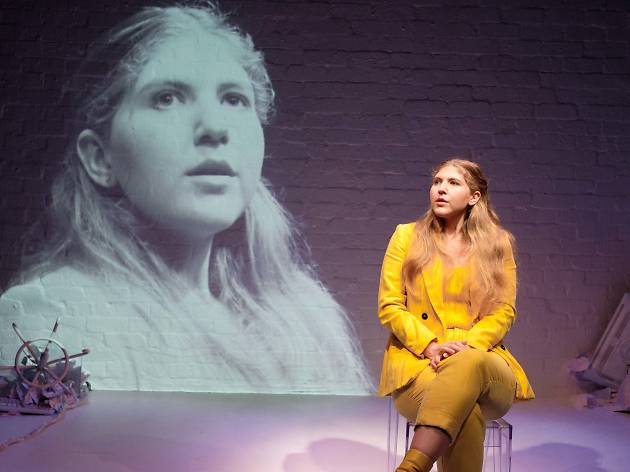 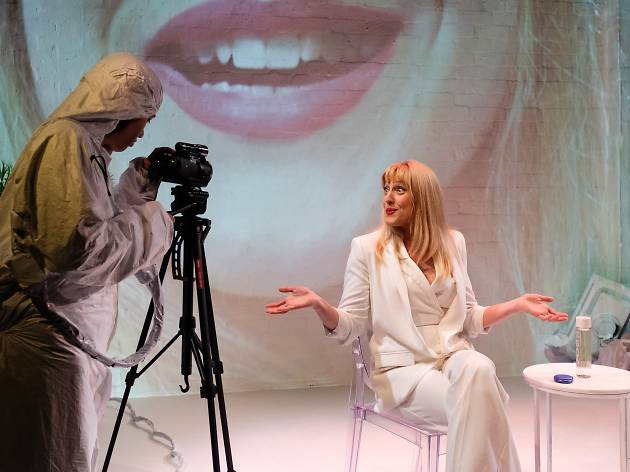 At a party thrown by the employees of an ethical eating app startup, an incident has occurred. A serious incident. The kind of incident that has the instigator insisting, before she explains anything else, that you need to know the context of her actions. That she’s not a cannibal. That she was not herself.

In Slaughterhouse, by rising Australian playwright Anchuli Felicia King (her play White Pearl opens this week as a Sydney Theatre Company/National Theatre of Parramatta co-production following seasons in the UK and US), context is everything. It's also multilayered and multimodal – the play, performed in a sequence of five monologues, is filmed and shown to us on ever-shifting, effect-heavy live feeds. What’s true? What’s real? Who are we, really?

Bianca (Brooke Rayner) is the perpetrator, and she’s a picture of roiling, righteous anxiety. The job was toxic, the employees terrible, and she’s picked up an obsession on the job — visiting abattoirs — that’s spiralled out of control.

But then the perspective shifts. Sasha (Stephanie Somerville) gives us another spin on this app for awareness, it’s efficacy and her fellow staff. Hannah (Romy Bartz), the boss, is both every maneating Woman in Business but also her own singular creation. Josh (Adam Marks), the victim, is every insufferable smart dudebro — only a little off.

Everyone in Slaughterhouse is a little off. And not just because DJ (Tom Matthews), a dealer, is on the scene. There’s an off-kilter tension-build that keeps the play chugging as we get closer and closer to learning the nature of the incident, with plenty of diversions along the way — many of which earn a laugh. Director Benita de Wit has a lot of proverbial balls to keep in the air here, and her approach is direct, audacious.

King’s dialogue is arch, swinging between naturalistic and stylised in a satisfying toggle — you can’t help but want to hear everything her band of characters might say, even when the play meanders, or lingers too long in a smaller moment.

Structurally, the play works how any confessional series of monologues would work — the film and projection elements (King also took on the AV and sound design) aren’t so destabilising they free the narrative from familiar rhythms or archetype — and it’s really in its stylised choices that it makes its mark: King’s language, Brendan de lay Hay’s bold, one-colour-per-character costumes that pop against his white set; the way the camera investigates the characters’ statements, challenging veracity or illuminating human foible.

In the end, though, the balance tips towards style over substance. Slaughterhouse throws up plenty of questions about awareness-as-activism, the complexities of environmentalism and the tech world’s contradictory play in that space, but what hits hardest is the feel of the play: bold, attractive, clever. Still, there’s a little too much meat left on the bone.