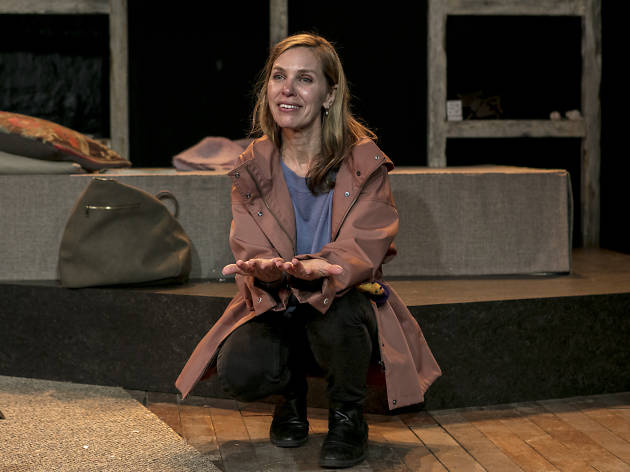 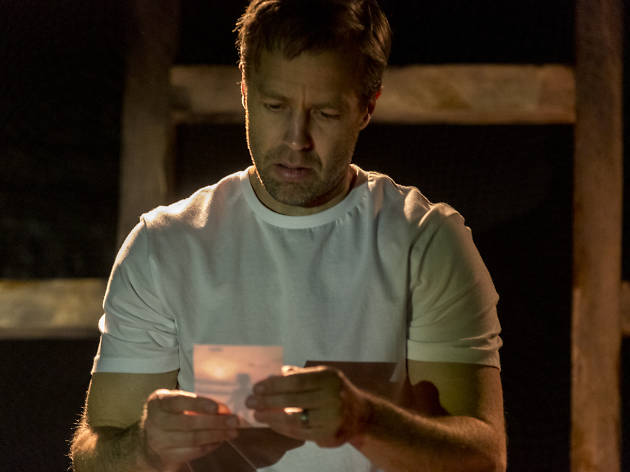 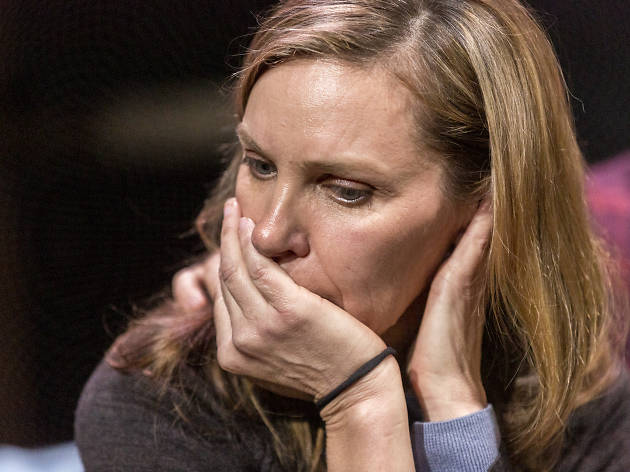 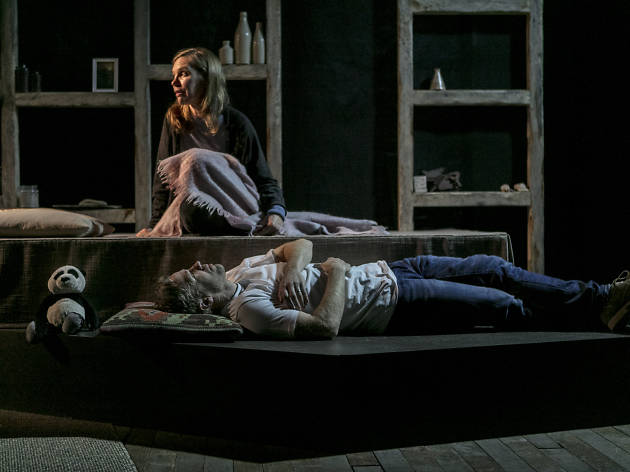 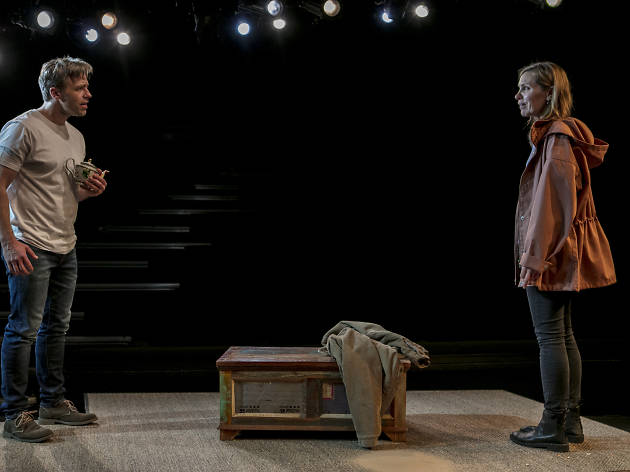 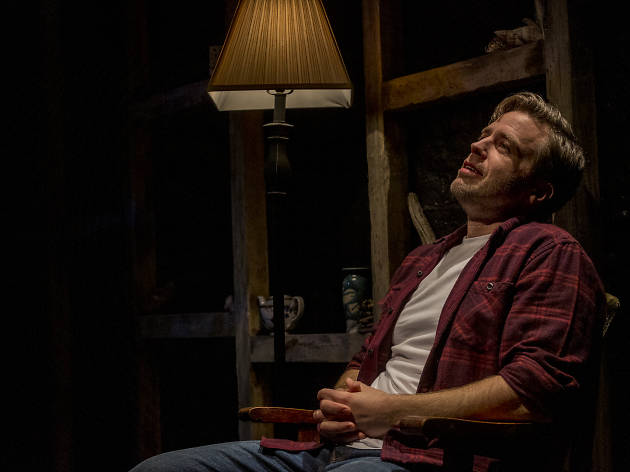 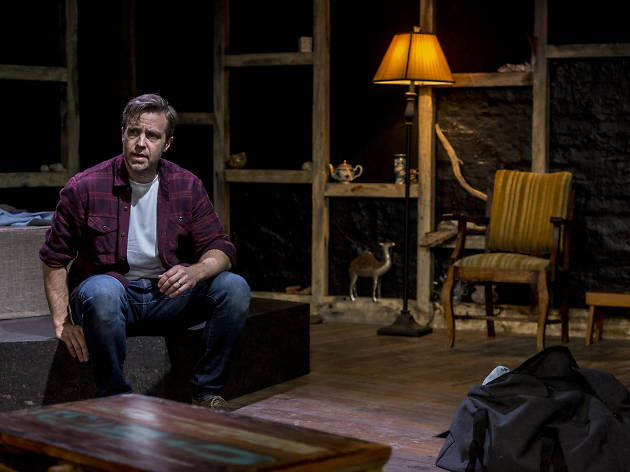 Griffin Theatre is reviving this celebrated play about a mysterious disappearance

Griffin Theatre Company’s revival of Hilary Bell’s 2012 play Splinter might be billed as a thriller, but it doesn’t quite live up to the label. Rather than bitten nails and throat-clenching fear, the play deals in low-dose discomfort, delivered with nuance and calculated to unsettle.

Splinter opens by introducing us to two parents at the height of giddy happiness: their five-year-old daughter, missing for nine months, has returned home, safe and unharmed. They embrace, giggle, exclaim they never thought they’d be happy again. Things are likely to go downhill.

And downhill they go, quickly and in a fairly predictable way. Nine months doesn’t seem like so long, but it’s long enough to have changed Laura into someone her parents don’t always recognise. She is polite but reticent, pliable but distant. Something’s a little off. Laura’s mother and father decide to remove themselves from the rest of the world and drive to their remote cliff-top beach house so they can reconnect as a family after her sudden and miraculous return. Spooky stories are always spookier when they happen in isolated cliff-top beach houses. All those precipices! Craggy rocks! Danger!

While the storyline is unsurprising, theatre-world progeny Hilary Bell is a stellar writer of dialogue, imbuing otherwise quotidian scenes with sharp lines which sees the tension build, pause and stretch, just before breaking. Bell finely draws the lines of a marriage and the quiet, uncertain dynamics between a husband and wife, played by Simon Gleeson and Lucy Bell. They have little palpable chemistry, but Bell’s stage presence is powerful and she portrays her character’s emotional turmoil with precision. For only two actors to carry a performance for a full 80 minutes is no mean feat.

The rest of the play follows the merging of the real and unreal, toying with the question of whether there is any difference between the two in this family’s life. The titular “splinter”is that tiny, niggling shard of doubt which threatens to displace all of the characters.

The main issue with Splinter, though, is its lack of a sense of time and place. To warrant a revival — it was originally produced by Sydney Theatre Company in 2012 — plays should ideally speak to their new context, revealing layers which the original production could not. The absence of specificity through dialogue or design leaves the modern Splinter feeling hazy, like the audience is watching the action through a filmy layer. The tiny theatre at the Stables is packed, but there’s a palpable inertia in the crowd. The tight string usually pulled between audience members in intimate theatres, where emotion becomes more collective than individual, runs slack.

Of course, removing a performance of context can be intentional, but it feels like an absence rather than any comment on the universality of the experience. Traditionally gothic elements in Alyx Dennison’s sound design, like the eerie music and the squawking and flapping of birds’ wings, provide some much-needed atmosphere.

Director Lee Lewis makes a conscious decision to allow nothingness to stand where an actor playing Laura otherwise would (or a creepy puppet, as in STC’s production). Lewis masterfully directs Gleeson and Bell around the emptiness of Laura, and they rise to the challenge of interacting with her in the form of blank space.

Using empty space to represent Laura also opens up a host of possibilities about the reliability of the present that the couple perceives. Are they using “Laura” to project their own misgivings about their relationship? Is this an elaborate, twisted game a la Edward Albee’s Who’s Afraid of Virginia Woolf? Is a manifestation of their imaginations, or is this all a desperate attempt to convince themselves that she’s still in their lives?

These questions are provoked by the play, but they are less pressing than they should be. This is partially because the lack of specificity affects not only the plot but the characterisation. The couple become well-acted but lifeless tropes of parents: Bell is a harried, nurturing mother draped in asexual blues and greys, and Gleeson takes on the role of a distant, alcoholic father.

Ultimately, Splinter manages to conjure the mood of sinister things lurking, but its tackling of the missing child/changeling story doesn’t delve far enough below the surface of a well-worn narrative.