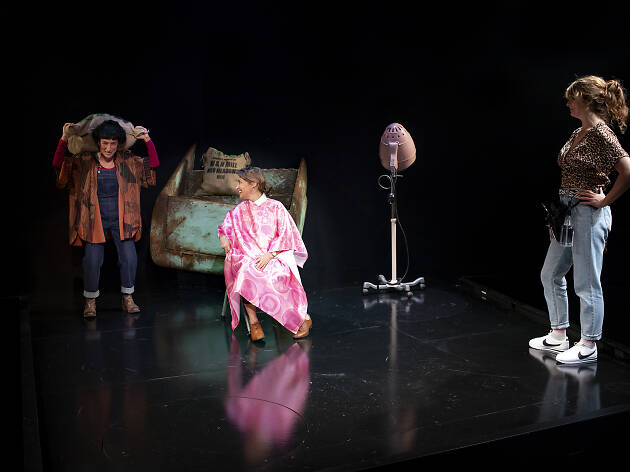 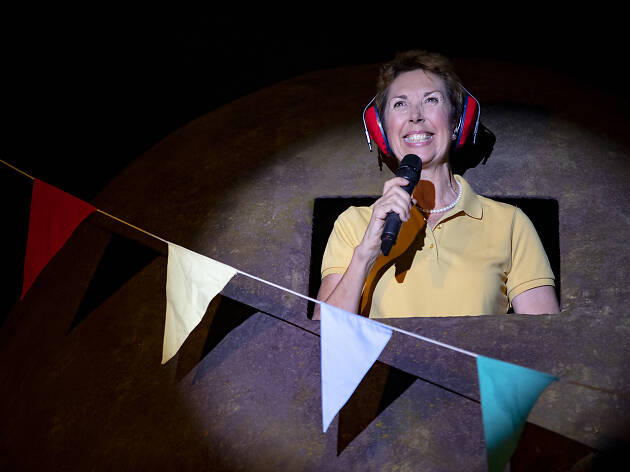 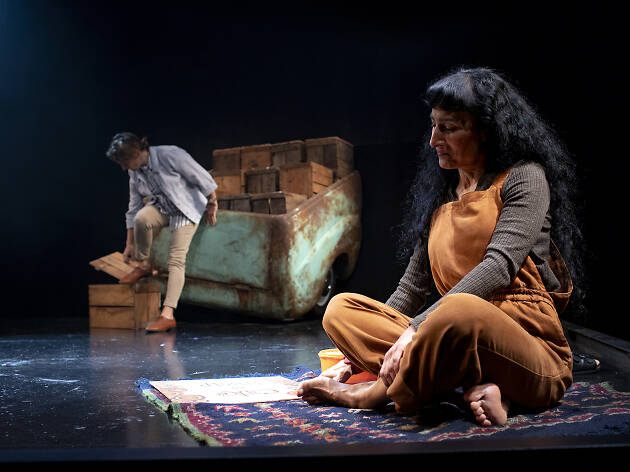 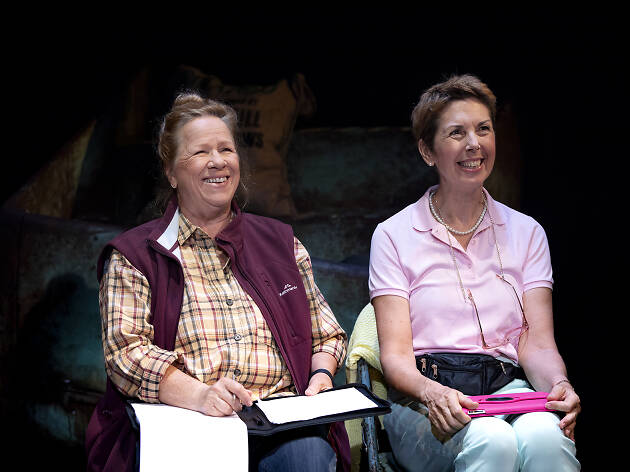 The annual show is a big deal in country towns. Every community group has a presence, whether it’s an expo stall or selling coffees and chips; teens meet up to moodily wander around the sideshows (other, gentler teens check out the cake decorating and giant-vegetable pavilion), and others participate: they eat the giant potatoes on sticks, watch the show-jumping or demolition derby, and participate in races or competitions.

In The Appleton Ladies’ Potato Race, the hot event at the show is, well, the potato race. It’s exactly what it sounds like: you run a track while holding a sack of potatoes. Winners in the men’s heat take home $1000; the women race for $200.

Penny (Sharon Millerchip), a recent Sydney transplant, is floored by this. Immediately she moves into outrage – “Time’s up! Pussy hats!” – and decides to fundraise for the women’s race to offer an equal prize.

But small towns like Appleton are often set in their ways and slow to change. Even with women gatekeepers on the show committee, Penny’s plan goes over, as the characters might say, like the proverbial ton of bricks (or just ‘the proverbial’, depending how much time you’ve got for having the conversation).

But Penny is used to ruffling feathers in Appleton. She might have only just moved into that big old house on the hill, but she grew up in the town and never really fit in (as we discover, delightfully, in a late-80s flashback). Like so many outsiders from regional towns, she fled to Sydney to find belonging: while there, she studied medicine, came out and got married (then divorced).

Coming home to Appleton as a vegetarian with a ‘radical’ lifestyle and big-note accomplishments means the women she grew up amongst are already on edge, and even Penny’s cousin, current potato race champion Nikki (Amber McMahon) isn’t interested in helping out.

Playwright Melanie Tait has written a shrewd, big-hearted love letter to the women of country New South Wales. Her script is gently critical and deeply loving. It’s a play about gender equality that your mother won’t think is “a bit much,” and that’s to its credit: this is a community story, designed to be easily shared. Anyone who has lived in the country, or has family in the country, would recognise these women – tough Bev (Valerie Bader) and earnest Barb (Merridy Eastman) from the show committee, striver Nikki who works two jobs and looks after four kids on her own, artist Rania (Sapidah Kian) who has only been conditionally accepted by the community – in any number of women they know, and the play should have a long and healthy life in Australian cities and towns.

Director Priscilla Jackman provides ample room for play in her production; during her scene transitions characters dance props into place and share small moments together. These are little capsules of joy, and it’s near-impossible to resist being charmed. She infuses the story with additional, but judicious affection: every character is likeable, even grumpy Bev, and she treats the play’s more serious concerns, like xenophobia and discrimination, with pragmatism. The 11-member creative team is made up of nine women and two men, and that means this is a women’s story told by women, with respect for women. Plus, Michael Scott-Mitchell’s set, with two tiny revolves and a rusted-out ute, is dotted with potatoes (including one big one that pays off in the play’s final moments), and Genevieve Graham’s costumes are a keenly-observed slice of country life. The end result is pleasingly playful.

As the play moves towards show day, we’re more or less honorary residents of Appleton, and you might find yourself deeply invested in the lives of these women. You might not be inspired to sling a sack of potatoes over your shoulders and get jogging, but you just might have the same feeling you get from a dinner down the local pub: that this is something warm, and hearty, and nourishing.