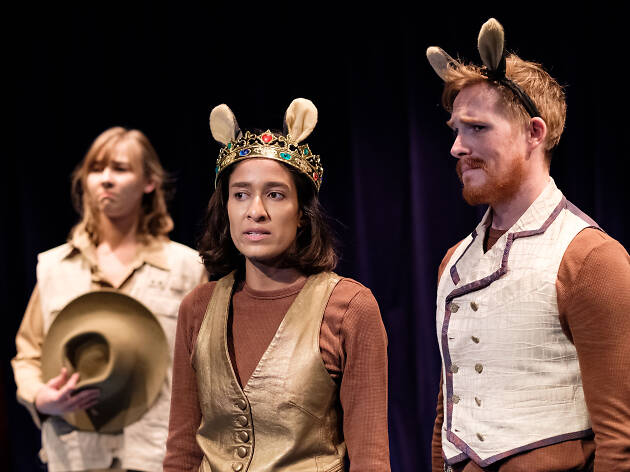 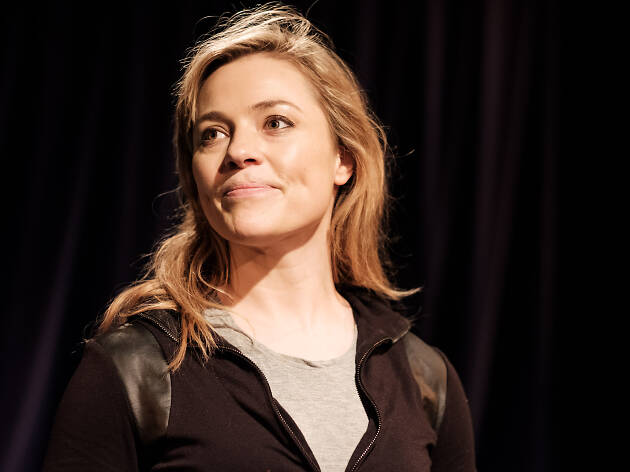 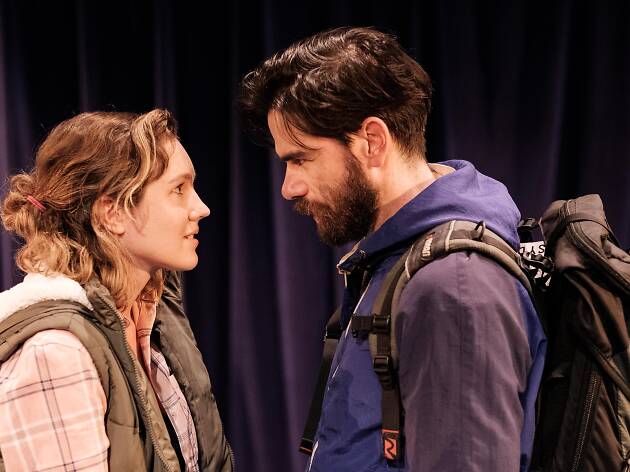 We probably don’t want to know what most animals really think about humans. We don’t have the best track record of treating them with fairness and compassion, but in Charlie Garber’s new play it turns out the reason they hate us is not so much the slaughter and eating, but rather the way we use them in our cultural storytelling: animals are always the human’s sidekick, never the protagonist. That’s what makes us so self-centred and monstrous, in their eyes.

The Astral Plane is a frequently funny if densely plotted piece of fantasy that takes place primarily across two realms: the human realm and the realm of the talking animals. Recently, a portal has been secretly opened between the two worlds and the rat queen Josie (Emma Harvie) and her runt brother-in-law Sam (Michael Whalley) have ventured through to the human world to search for the rat king, who is in the process of negotiating a new system of peace and movement between the realms. But it’s not as easy to get their heads around this human realm as they’d first thought: is Ranger Rachel really the leader they believed her to be? And what are they to make of Romi (Imogen Sage), the wannabe Instagram influencer, who seems to have a platform at her fingertips through which she can address the whole world?

Of course, it’s Romi and her boyfriend Dan (Eden Falk) with whom the audience may identify most – but we addressed the animal plot first, as we didn’t want to be accused of reducing them to mere sidekicks.

The human couple are poorly matched. She desperately needs approval – and is seeking it from strangers on the internet – and he’s hardly the type to provide it. So of course their romantic weekend away ends with a fight and they find themselves separated. Not long after, they both land in a mystical place called the Astral Plane where absolutely anything is possible. But unfortunately it reveals the darkness lurking within each, and the consequences are immense.

You do get the impression that there’s a little too much going on in Garber’s script – and there are elements that feel like whimsy for the sake of whimsy – but he’s directed it with a brilliantly lo-fi fantastical touch, bringing entire realms to life in Belvoir’s tiny Downstairs Theatre, thanks to Jonathan Hindmarsh’s minimal design and Clare Hennessy’s sound. He’s also assembled a cast of actors with an uncanny ability to make the ridiculous seem deadly serious, and there’s always plenty of comedic potential in that (Ella Scott-Lynch makes a strong impression as the no-bullshit retreat instructor Master Wanda, and Julia Robertson changes the whole direction of the play when she shows up late in the proceedings).

There are some stretches that don’t draw quite enough laughs and could be trimmed, but Garber makes a compelling argument in his roundabout way. It’s an argument about the dangers of curating our lives for online consumption, but also the dangers of looking outwards for fulfilment.