The Beauty Queen of Leenane review 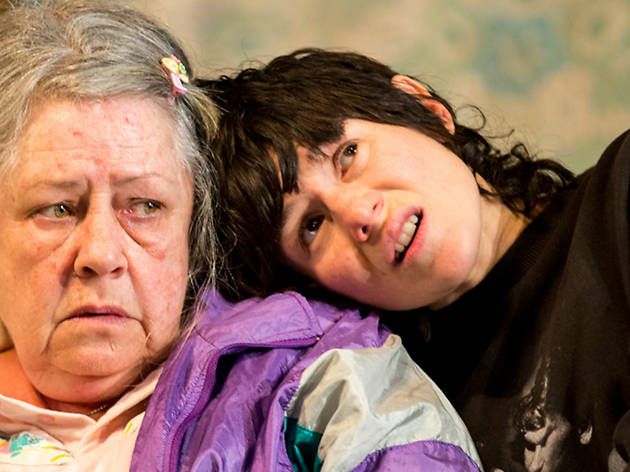 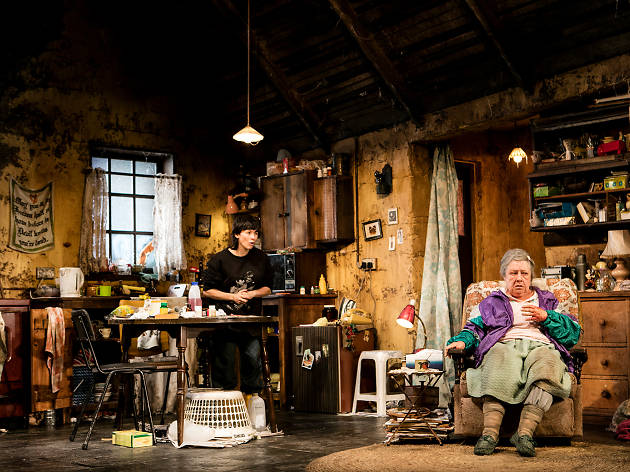 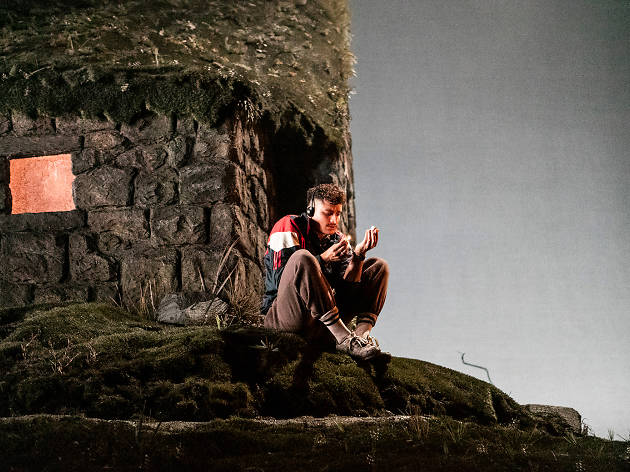 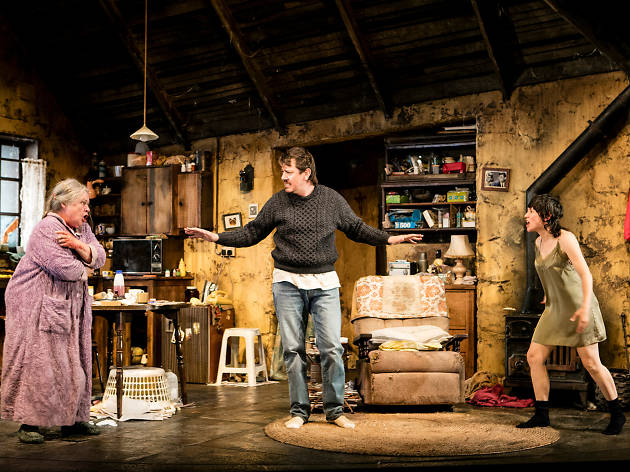 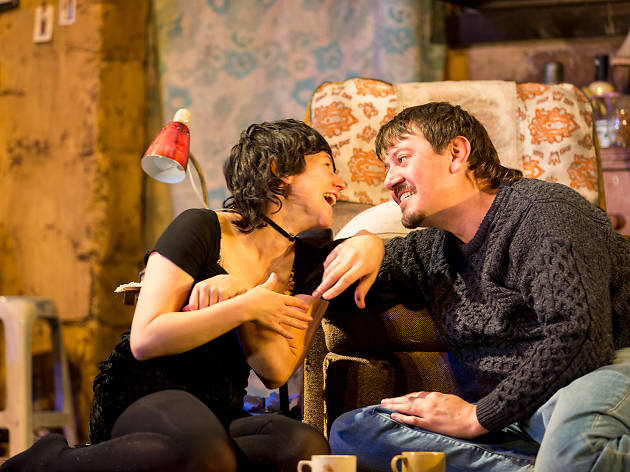 A company like Sydney Theatre Company exists for a number of reasons: to tell new stories, to re-examine old ones, to give a glimpse into worlds apart from our own and to reflect a society back to itself. Another reason is simpler but no less important: to provide a chance to see our finest actors soaring in roles that require them to exercise every actorly muscle in their bodies.

That’s exactly what director Paige Rattray delivers in this new production of Martin McDonagh’s 1996 play The Beauty Queen of Leenane, starring Yael Stone and Noni Hazlehurst. It features, without a doubt, the best acting we’ve seen on a Sydney stage this year; the kind of performances that don’t just seep into your heart and mind, but seem to take up space in your body as you watch them unfold.

Maureen (Stone) is a 40-year-old woman whose life has not turned out the way she’d hoped. She’s living at home in Leenane, a tiny village in the hills of Ireland, caring for her grouchy, sick mother, Mag (Hazlehurst). She hasn’t really achieved anything she had her heart set on: she hasn’t moved somewhere more exciting, she hasn’t found a fulfilling career, and she’s nowhere near falling in love. When we meet these two women, their relationship is quickly devolving into resentment: Mag resents what her life has become and the ways she has to rely on her disappointing daughter, while Maureen resents her mother for all the chances she’s cost her. The two are locked in a bitter battle over the most mundane things: exactly how Mag wants her porridge done, the lumps that show up in the endless mugs of Complan, and exactly what Mag, with her persistent urine infection, is pouring down the kitchen sink.

Then an unexpected invitation arrives, and Maureen can finally see a way she might escape this cycle of abuse. But given this is a play by Martin McDonagh, the master of darkly disturbing, frequently violent and cruel comedies, it’s clear that not everything will go to plan for Mag and Maureen.

Rattray’s production has a clarity and sophistication that draws every nuance out of McDonagh’s script. Working with designer Renée Mulder and lighting designer Paul Jackson, Rattray transports the audience to a misty and bitterly cold Irish village with great attention to detail (right down to the romantic scene on 40-year-old virgin Maureen’s jumper).

It’s a play that, in lesser hands, could feel schlocky and overwrought – McDonagh’s two lead women are painted in fairly broad brushstrokes, and the play feels very strongly of its era – but in this version it is utterly gripping. That’s largely down to the two towering performances at its core. Both Hazlehurst and Stone inhabit these roles entirely, and there are genuine dramatic fireworks between them.

Stone is nothing short of phenomenal in a role that was originally to be played by Rebel Wilson. We’ll never know what Wilson would have made of Maureen, but thank God we get to see Stone’s take on the role. She delivers a performance so vivid it can make you laugh, break your heart, and maybe even make you feel like you might vomit watching Maureen’s entire world shatter before your eyes. Fans of Stone’s performance as Lorna Morello in Orange is the New Black will recognise the same instincts for grand tragedy deployed here to great effect. It’s just difficult not to feel concerned for Stone, having to go to a place of absolute devastation for every performance of the run.

Hazlehurst’s Mag is appropriately monstrous, but a real, flesh-and-blood, three-dimensional monster at that. It’s a brilliant comedic performance rooted entirely in the truth of Mag’s horrifying situation. Her transformation into this decrepit old woman trying to cling onto control is an extraordinary display of her technical skills.

The cast is completed by Hamish Michael and Shiv Palekar, who provide the best comedic support you could possibly hope for. Michael plays Pato, the man who might be Maureen’s ticket to freedom, with enormous sensitivity, while Palekar is an absolute force as Ray, Mag’s young neighbour with the shortest fuse in the world. He plays a pivotal and hugely difficult part in the final scene perfectly.

It’s in that scene, where tragedy and comedy smash into one another, that it becomes clear just how difficult it is to calibrate this play, in which there are just four characters and the action all unfolds in one room. In a 900-seat theatre, this play leaves nowhere to hide. But then again, there is nothing to hide here. These performances are the real deal.