The Choir of Man review 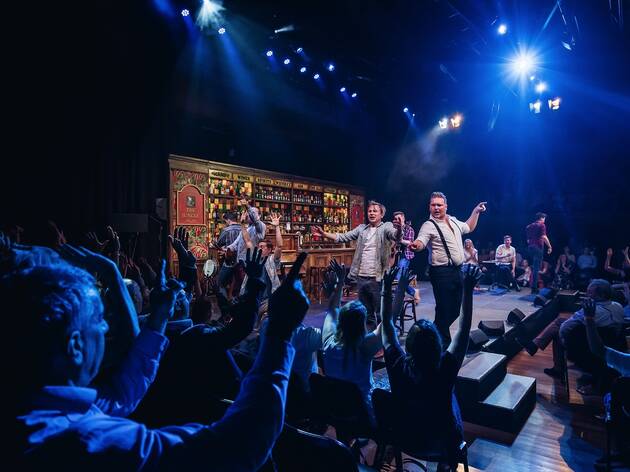 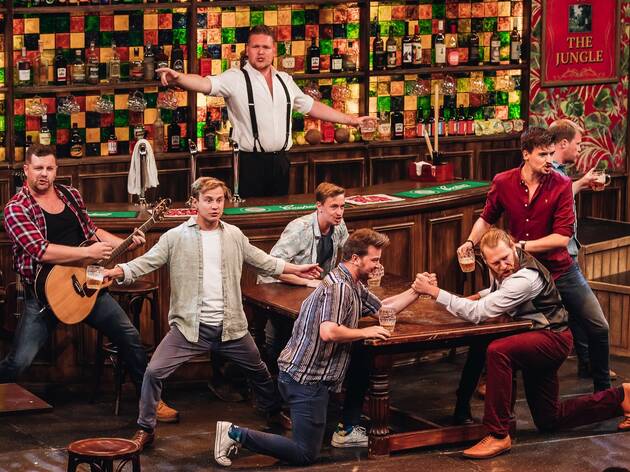 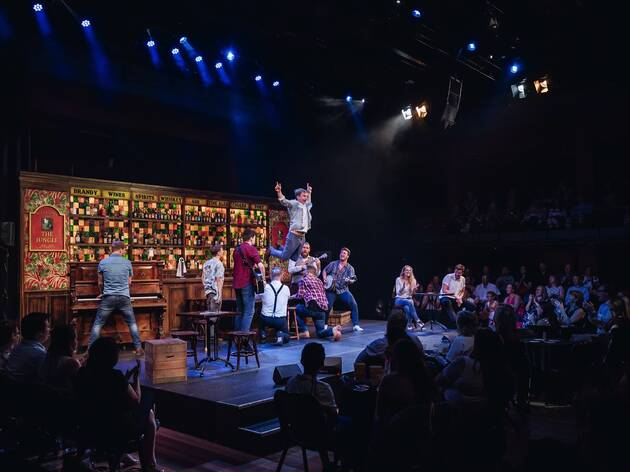 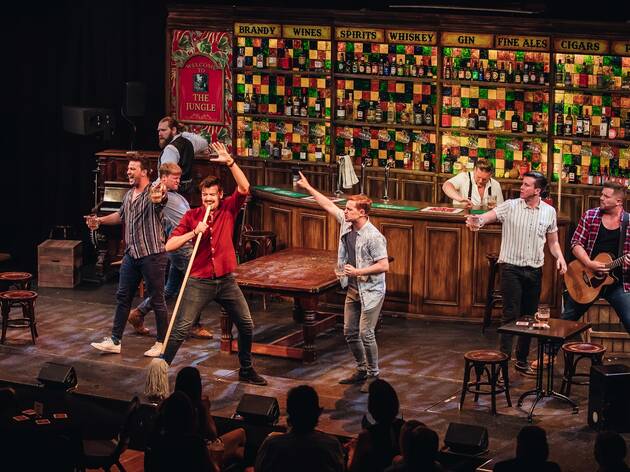 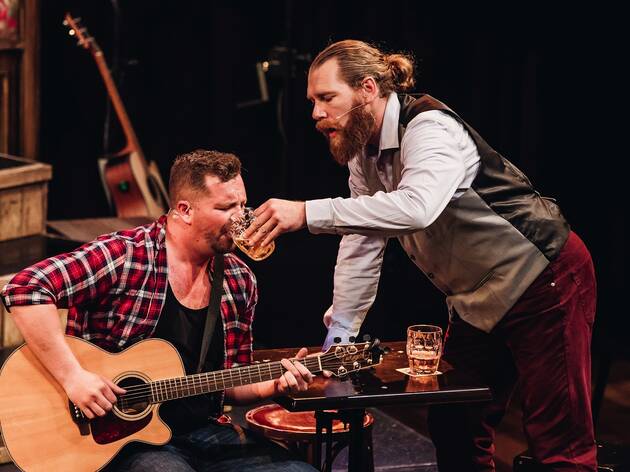 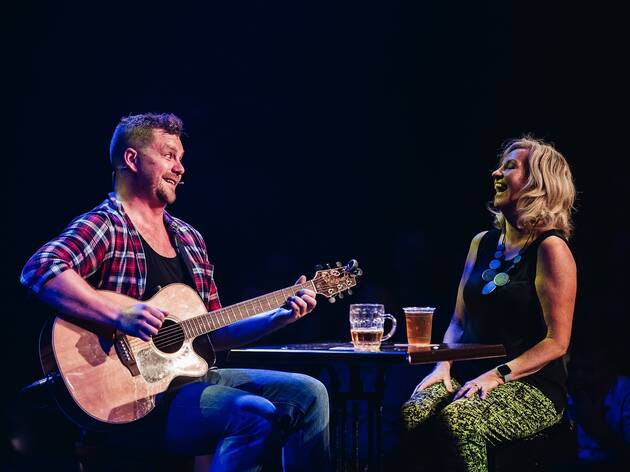 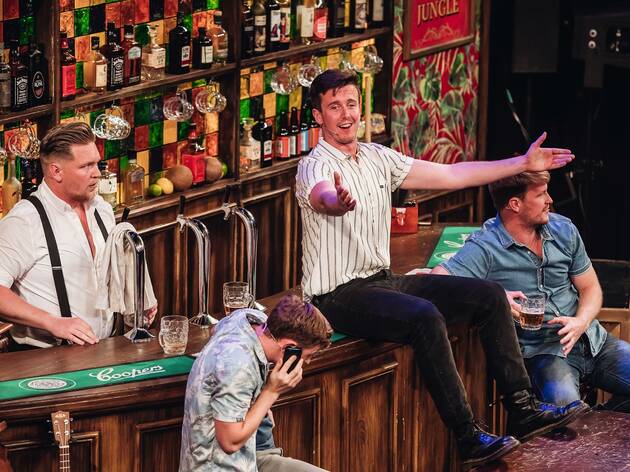 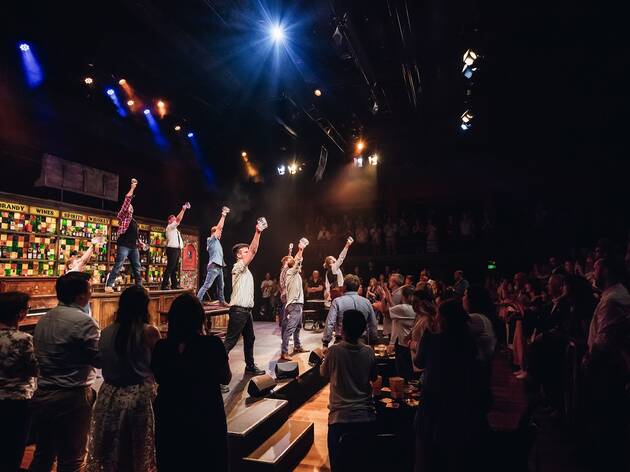 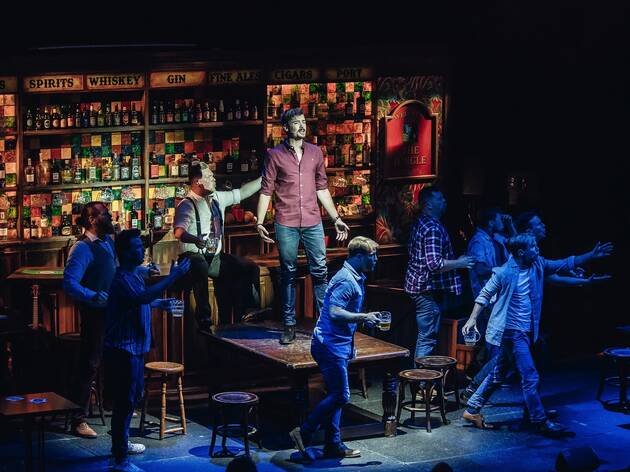 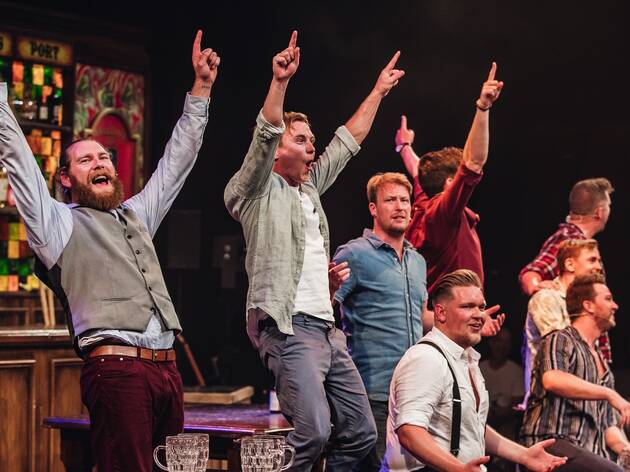 This is a review of the March 2019 season of The Choir of Man. The show is returning to the Opera House for an encore season in November.

We all know that Sydney has lost plenty of bars, clubs and late-night venues in recent years, but we’re not totally alone in that struggle. If you look to the UK, the neighbourhood pub is under threat; across England, Scotland and Wales, pubs are folding at a rate of one every 12 hours. The number of small pubs – the ones with fewer than ten employees, and the kind that tends to prop up a community – has almost halved between 2001 and 2018.

The Choir of Man, a breakthrough hit of the 2017 Edinburgh Fringe that falls somewhere between pub gig, cabaret, choral performance and scrappy musical, is an ode to pub culture and the communities that exist within them. There’s not much going on in terms of narrative, but there are nine men from England and Ireland onstage leading the audience through a night at their local. George Bray is the narrator; Sean Keany is the angel-voiced tenor known as the “Casanova”; Christopher Norton is the deceptively gentle “beast”; Richard Lock is the “pub bore”, who dresses like a character from an Agatha Christie novel.

Each has their moment to shine and all are superb singers – Lock delivers an impressive rendition of ‘The Impossible Dream’ while attempting to make a house out of coasters, Keany belts the bejesus out of Adele’s ‘Hello’, and Bray performs a touching version of Luther Vandross’s ‘Dance with My Father’.

But it’s when they perform together that the roof really starts lifting; there are quiet, introspective, acapella versions of Sia’s ‘Chandelier’ and ‘The Parting Glass’ performed in tight harmony, as well as rowdy, all-in versions of John Farnham’s ‘You’re the Voice’ and Avicii’s ‘Wake Me Up’.

The performers are experts in bringing the crowd along with them as they play music on guitars, banjos and fiddles, and tap-dance their way through the night. There is some audience participation, but you’re likely to at least get a free drink out of it.

The show wants you to believe it’s running on a scrappy charm that seems a little inauthentic – there’s currently another cast touring the same show in the US, and the cast recording CD they’re selling after the show in the Opera House foyer doesn’t feature the performers in this company. It’s a bit hard to believe that this show was just thrown together by a group of blokes who wanted to pay tribute to pub culture when you see just how tightly everything has been drilled. The cast’s enormous exuberance – and the free beer you can get from the onstage bar if you show up early enough – will help you buy into the set-up.

It also presents an idealised, even romanticised, version of masculinity and male friendships that I’m not sure is the norm in pubs around the world. But maybe that’s a good thing – this show and these men are showing that masculinity doesn’t have to be incompatible with emotional openness and sensitivity. They’re taking the ‘toxic’ out of toxic masculinity.

But it might still feel a bit awkward in 2019 to have messages about inclusivity delivered from a stage of characters so white, male and straight. Hopefully their message about the importance of community spaces will resonate more widely.