The Feather in the Web review 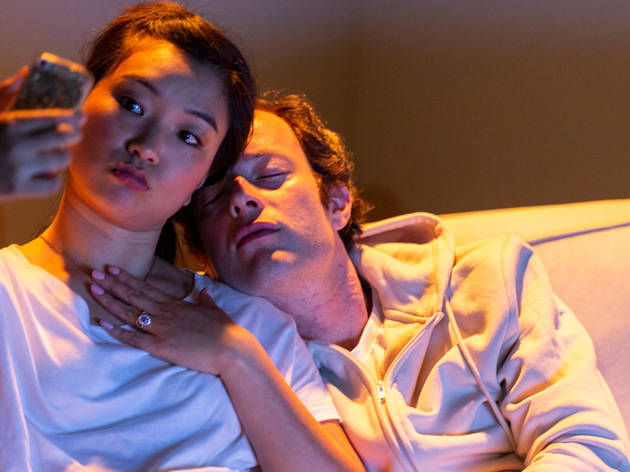 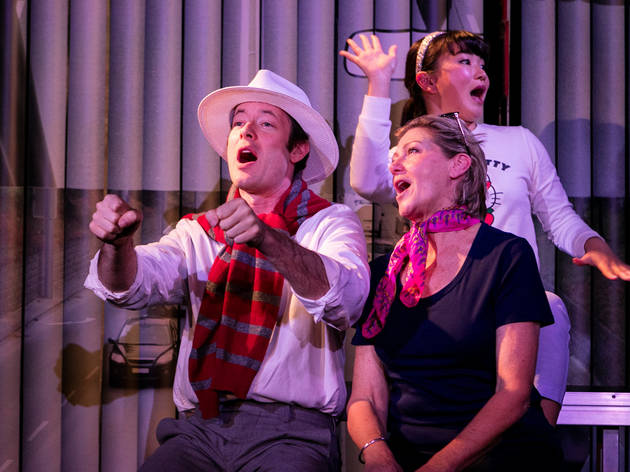 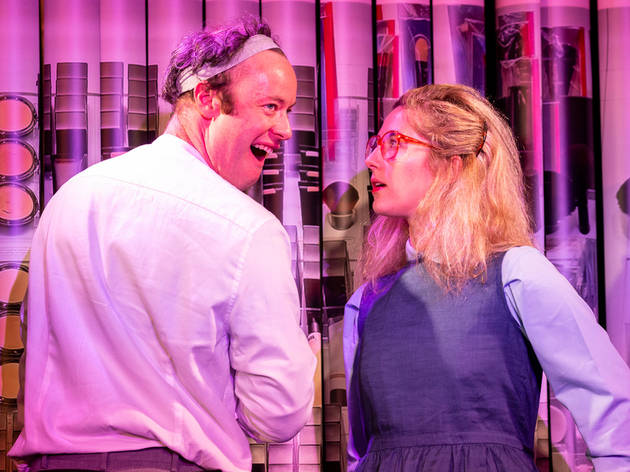 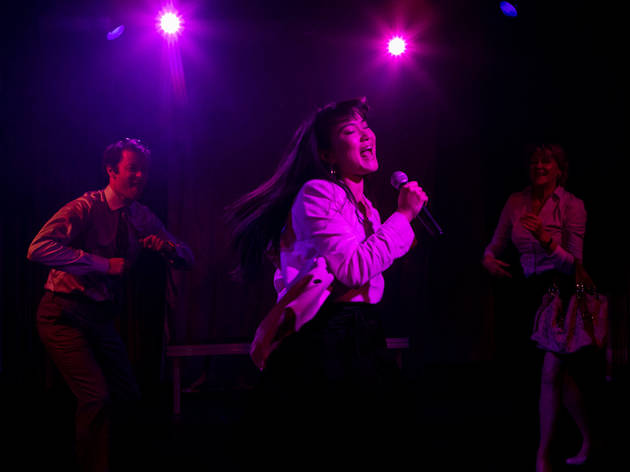 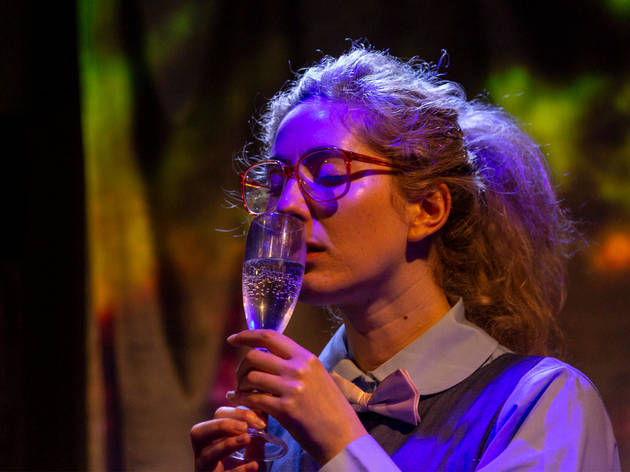 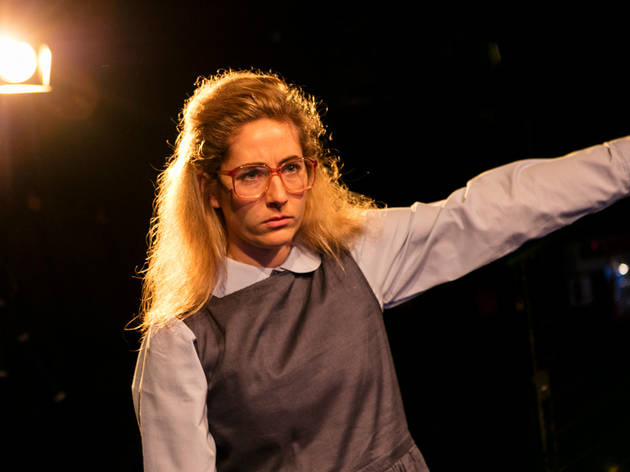 It’s difficult to describe what Nick Coyle’s wickedly funny play The Feather in the Web is really about. It starts in one place but takes so many detours on its way to its end point that you mightn’t recognise the play itself – or its extraordinary protagonist Kimberly (Claire Lovering) – by the time it concludes.

Kimberly is bold, uncompromising and terrifying. She’s as repulsive as she is admirable, steamrolling across the world with astonishing speed. She mightn’t entirely understand people – and certainly doesn’t think or act like the rest of us – but she understands how to manipulate everybody around her to get her way.

When we first meet her, the young woman explodes into a lounge room where she terrorises two women sitting down for cake (presumably one is her mother). She shoves the cake into one woman’s mouth. She grabs the other’s breast and honks it. She then announces she’s going to the mall and never coming home.

“Do you think she means it?” asks one woman. “My god, I hope so,” responds the other.

She hitchhikes her way to the mall, again terrorising the family who pick her up, with stories and songs of bloody and violent car crashes, and while at the mall convinces a man working at a make-up counter to flop his dick out for her to play with. She then finds her way to an engagement party where she ends up posing as a waiter.

Then something suddenly changes. She sees the groom-to-be Miles (Gareth Davies) and is overcome with love. Earth-shattering love. She’ll move heaven and earth to be with Miles, and so starts a long process of degrading and transforming herself in a desperate attempt to win his affections. Even if that means becoming best friends with Miles’s fiancee, Lily (Michelle Lim Davidson).

Kimberly is entirely unlike anybody you will have met, and certainly not somebody with whom you’d like to identify. But you may see shades of yourself shining through Kimberly’s heightened madness; she reflects the fears many of us have that we’re not truly part of this world and can’t always connect with the things that make our society tick. Kimberly is an outsider in every respect, and there’s nothing more disturbing than seeing her assimilate into the world and diminish her unique perspective at every turn.

It’s not hard to hear a queer voice speaking through this character and their world, and Coyle keeps that world evolving in satisfying ways, deftly handling unexpected tonal shifts. The further we tumble down the rabbit hole with Kimberly, the more ridiculous the actions of the apparently sane and sorted middle class around her seem. She’s cruel, probably insane, but infinitely more curious and honest with herself than anybody else in this play. Seeing the world through her eyes – and all the conflict that comes with that – is hugely entertaining and challenging.

But at its heart, this is a comedy, written with plenty of finely observed character detail and a dash of absurdism. It’s the type of play where an improv class goes off the rails as Kimberly uses her newly acquired improv skills to destroy the teacher’s confidence.

Lovering is extraordinary as Kimberly, using every crayon in the box to colour in this one-of-a-kind character, understanding her every whim and motivation as if it were the most logical thing in the world. She’s wildly funny under Ben Winspear’s freewheeling direction, and attacks every moment with great intensity.

She’s well supported by Gareth Davies, Michelle Lim Davidson and Tina Bursill as the various people Kimberly encounters along the way. All three have plenty of moments to shine and find plenty of comedic value in the play’s darkest corners; Davies is hilarious as the make-up counter man and unsettlingly obnoxious as the object of Kimberly’s affections; Davidson’s performance as the lost Lily is surprisingly heartbreaking; and Bursill is excellent in just about every guise, from a cranky mother of the groom, to a sub-par improv teacher, and even the personification of the visual aura that comes before a migraine.

And how many playwrights would think to personify an aura on stage? That’s the sort of imagination Coyle is putting to work in this play, an unlikely celebration of those who exist outside the box.