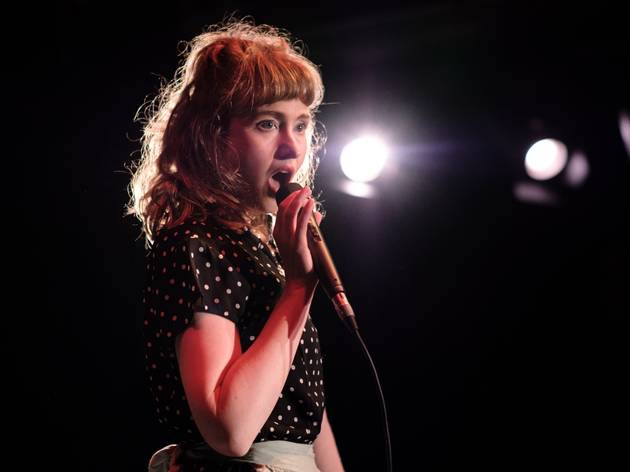 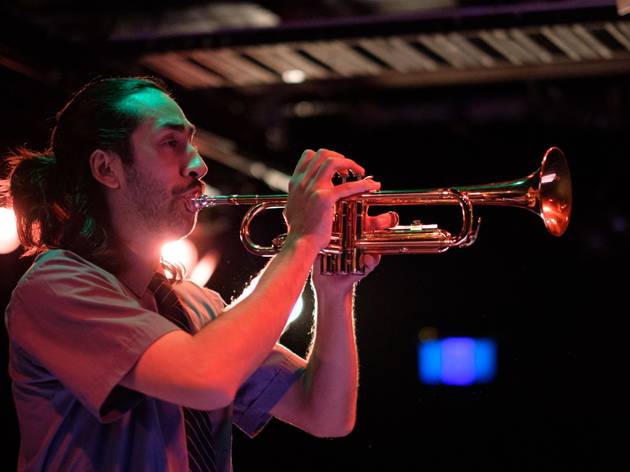 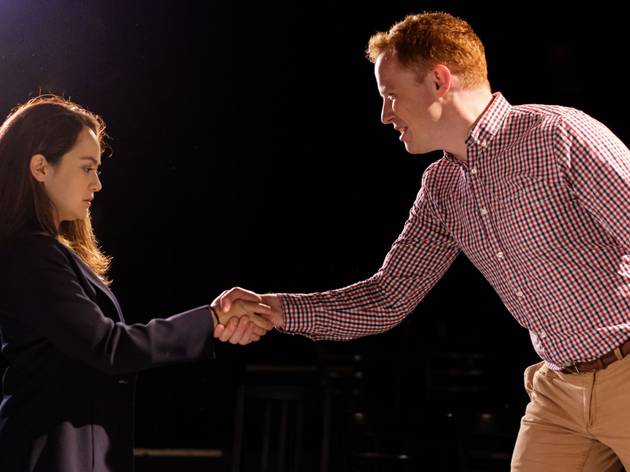 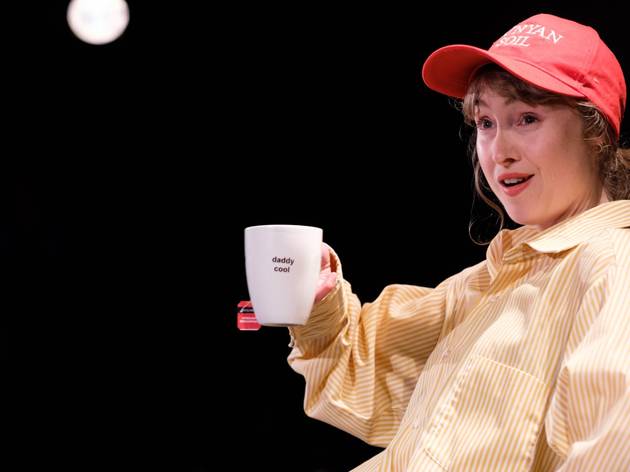 What happens when a regional government employee tries to engineer a better society and it opens Pandora's box?

Alexander Lee-Rekers’ new play The Linden Solution is concerned with complacency in the face of obvious and significant threats from nefarious forces. In this epoch of social media proliferation, with fascists always seemingly ready to pounce, it makes a strong argument for vigilance.

Hannah Marr (Laura Djanegara) is an ambitious local government staffer living and working in the fictitious Australian town of Linden. An all-too recognisable place, its residents prove unwaveringly apathetic, worn down by decades of disappointment in rural politics. She takes the opportunity to implement a host of initiatives surreptitiously, perhaps not entirely by the book. Things seem to be working according to plan, but as life in the town improves, her policies create a foothold for white supremacist powermonger Aaron Boorman (Patrick Cullen). He identifies an opportunity for his perilous narcissism to flourish in the amenable and acquiescent populace.

It’s an interesting setup, but the narrative construction isn’t entirely persuasive. The “slippery slope” scenario Lee-Rekers paints does bear logic, but the story unfolds in a manner that feels exaggerated and abrupt. Although unvaried and overly naturalistic, Camilla Turnbull’s direction does convey a gravity that’s commensurate with the subject matter's undeniable urgency.

There are physical hurdles too. Tess Burg's set design features an unnecessarily high platform that makes for inconvenient movement of performers. Lights by Sophie Pekblimli, along with Cameron Smith’s video projections, are more successful, providing excellent texture. Sound and music by Chrysoulla Markoulli is judiciously formulated, punctuating the experience with appropriate dramatic enhancements.

Djanegara impresses with her solid grasp of some very verbose text, but her Hannah lacks some vulnerability, preventing the audience from connecting sufficiently with the story’s heart. In a strong performance, Cullen is convincingly frightening as the neo-Nazi antagonist, delivering a truly spine-chilling moment towards the end of the show. As a counterbalance, Lib Campbell plays a variety of whacky characters, all of whom are confidently rendered, and often genuinely funny. And Mason Phoumirath brings wonderful nuance and sensitivity as Hannah’s friend and colleague Daniel Lemmey. While their chemistry together is great, the pairing prompts us to question the absence of any dialogue about race between these two people of colour, particularly in a play that absolutely provokes discussions about that subject in this country.

There’s something about The Linden Solution that is too black and white in its analyses of right and wrong. It skates very close to making false equivalences between Hannah, who tries to do good for her community, and Aaron, who is only ever evil and destructive. Moreover, it looks at the idea of democracy in absolute terms, when we know from lived experience and from history that absolute democracy can, in itself, deliver unfavourable results.

It is admittedly terrifying to dare to think up alternatives, but we have to be cautious of naive idealism when dealing with situations that can be so immense in their complexity. There are times, in the play, when Hannah is being chastised, and it begins to feel as though we are urged to always play by the rules, even after the rules have failed us over and over again. Many minorities have learned, as poet Audre Lorde conveys, that “the master’s tools will never dismantle the master’s house”. The challenge is to forge new systems that leave no one behind.

In exploring these ideas, even if not entirely successfully, The Linden Solution does demonstrate socio-political value, even if it ultimately lacks an adequate sense of theatricality to instigate greater emotional investment.