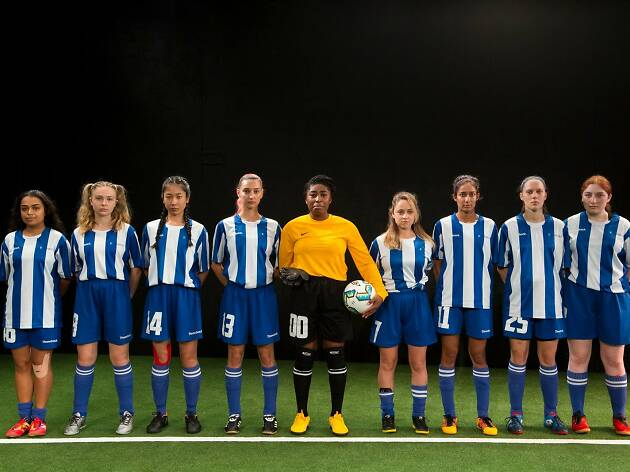 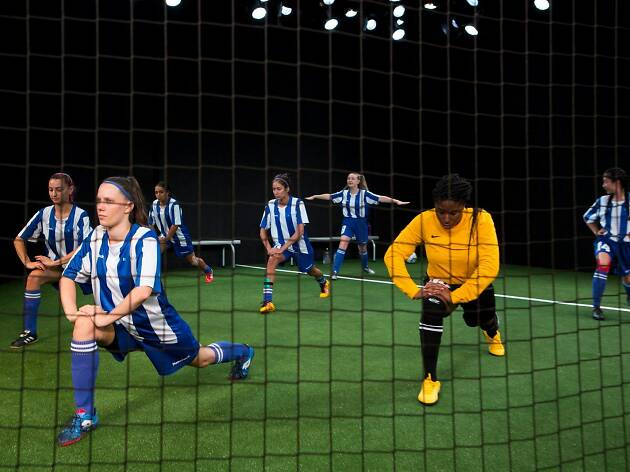 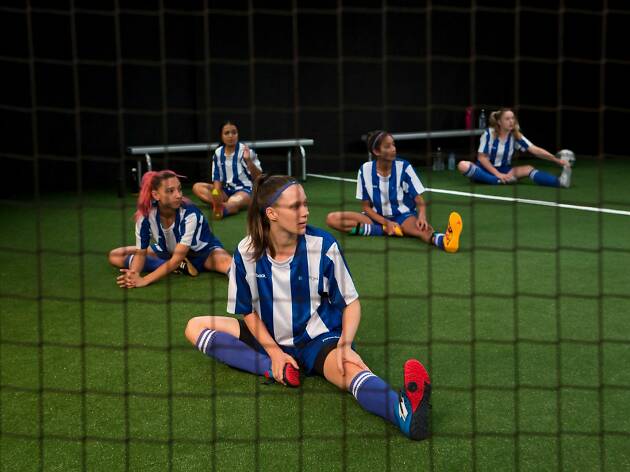 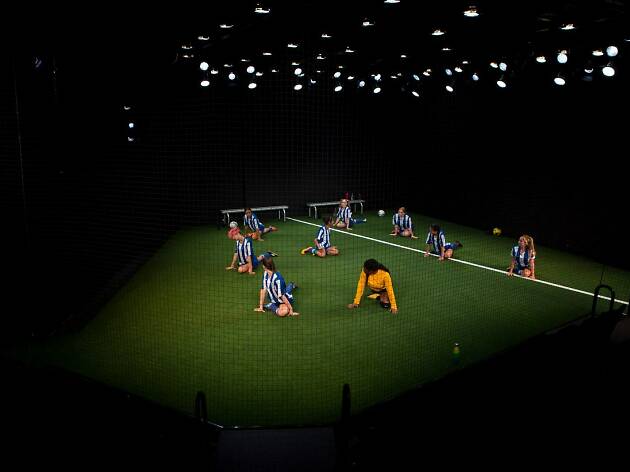 When American writer Sarah DeLappe’s Pulitzer-nominated play The Wolves had its Sydney premiere at the Old Fitz Theatre, two things were clear: Firstly, DeLappe has crafted an extraordinary, dramatically gripping piece of writing that gives voice to a group of teenage girls in ways that we rarely hear on stage. Secondly, there was a hell of a lot of talent among the cast of nine young women who put their hearts and bodies on the line as a team of indoor soccer players over the course of a season.

But independent theatre is a difficult beast, and ensembles aren’t usually blessed with the sort of rehearsal period that mainstage companies have. That’s a huge challenge in a piece where the dialogue moves quickly and overlaps frequently as the excited teens try to wrap their heads and mouths around both their own problems and the problems of the world; in one scene there’s a simultaneous conversation happening about tampons and the Khmer Rouge. Despite director Jessica Arthur’s obvious skill and fine touches, it didn’t quite have the necessary flow to keep an audience totally immersed in the girls’ worlds.

What a difference a bit of time and the resources of a mainstage theatre company can make. Belvoir decided to take this production from the Old Fitz – with eight of the original nine cast members (Chika Ikogwe replaces Zoe Terakes) – and bring it to their 300-seat Upstairs Theatre. While some performances were a little bumpy at the Old Fitz, this company now moves with absolute precision. They’ve improved their game plan between seasons and they totally command the theatre despite the relative inexperience of many of the cast members.

Arthur’s direction – always thoughtful and on point – has also been refined, with the bigger stage allowing her to better define the relationships between these characters, who are named by the number on their jersey: we understand the quickly fractured relationship between #14 (Michelle Ny) and #7 (Cece Peters) because of how they distance themselves from one another. We know that newcomer #46 (Nikita Waldron), who lives in a yurt (not a yogurt), is an outsider. We know that #25 (Brenna Harding) is the leader, but struggling with her own transformation. We know that goalie #00 (Chika Ikogwe) has the respect of her teammates, despite her constant nervous vomiting before each match.

Maya Keys’ set – a simple field of green AstroTurf with a wall of black netting separating the audience from the action – has scaled up beautifully. The expanse of the Belvoir stage makes it feel like we’re at an indoor soccer venue, and the gentle separation of the audience from the action is even more effective. Clemence Williams’ score and sound design is every bit as evocative as it was at the Old Fitz.

The Belvoir season also benefits from a brief cameo from Renee Lim as a soccer mum. This role was played by one of the younger actors in the Old Fitz season, but having an actor who’s of the right age to have a teenage daughter adds extra weight to one of the play’s most poignant moments. It helps to remind us that even if you’re not a teenager battling it out on a field, we all need a team to help us muddle through.

Read our review of the Old Fitz Theatre season of The Wolves.