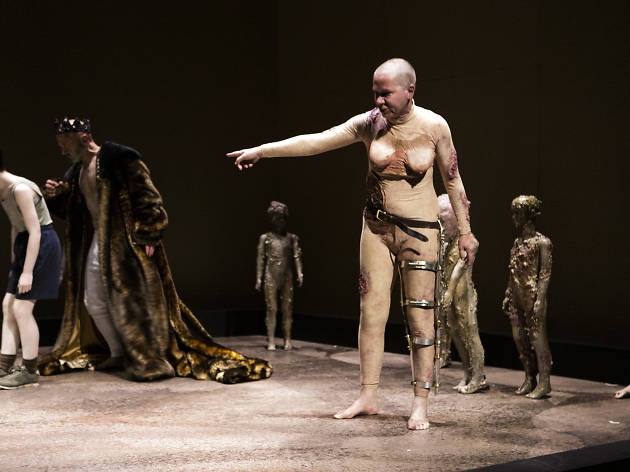 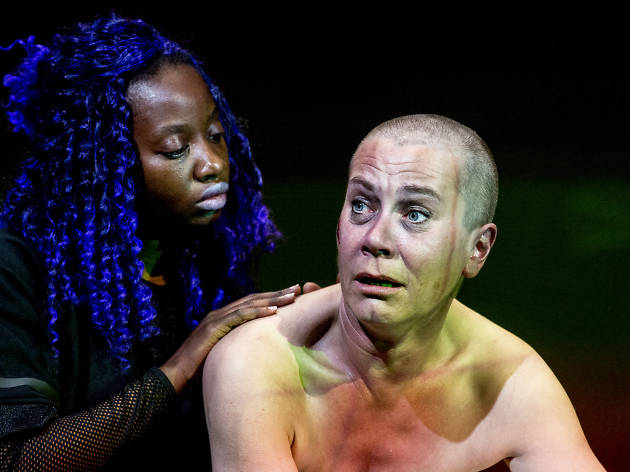 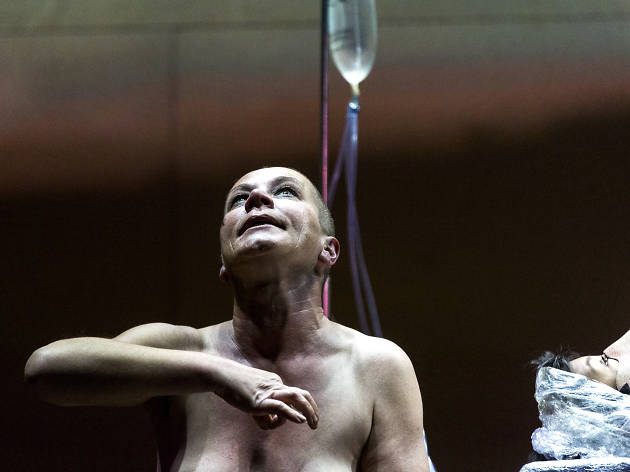 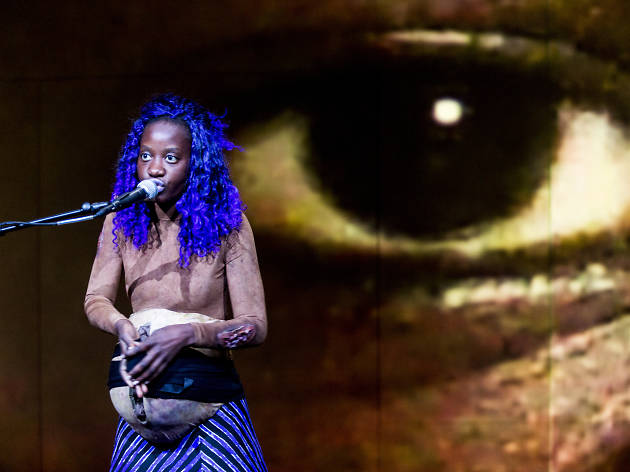 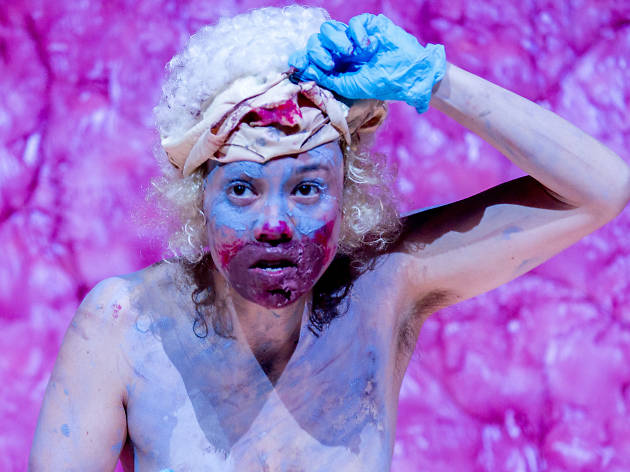 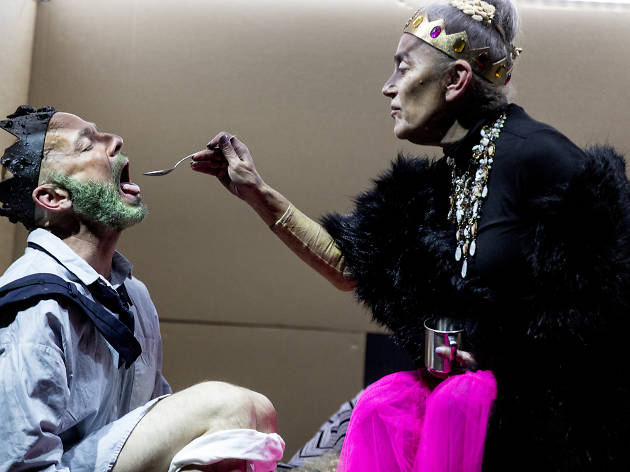 Titus Andronicus is one of Shakespeare’s least-performed plays. In Bell Shakespeare’s nearly 30-year history, they’ve steered clear of the revenge tragedy. It’s easy to understand why. For hundreds of years, Titus was considered one of Shakespeare’s weaker scripts, its language less lyrical, its content more derivative and shocking than your Hamlets and Midsummer Night’s Dreams. In the Victorian era, it was considered unfavourable for its violence. But make no mistake, the Victorians had a point: this play is a bloody, horrific mess.

Jacobs, an experimental director and theatre-maker, queers traditional narratives by investigating work from new angles: devising work in the room rather than centering scripts; reframing stories to place new voices at the heart; skillfully constructing imagery as a new kind of visual poetry to interrogate what theatre might be, and what new emotions we might be able to feel. Jacobs shifts the traditional gaze of theatre – male, authoritative – into something welcoming, collaborative, women-led. Who better then to take a dead text full of cruelty and find something new and vital to say about it?

The plot runs something like this: Titus, a Roman general, is at war with Tamora, the Queen of the Goths. It’s a revenge-upon-revenge tale and their children are the pawns: raped and mutilated, slaughtered and baked into pies to be consumed by their mother, beheaded.

In her program note, Jacobs writes: “Dear Children, We are sorry for all these stories where you get chopped into pieces… which tell you the world was always this way and will continue to be. That our violence becomes your violence… our nightmares; your nightmares.” So Jacobs reconstructs Titus as a series of nightmares. Instead of a five-act tragedy, we see eight vignettes that are driven less by the script (much of it is excised) and more by feeling. Think visuals of body horror contrasted with with occasional bursts of Bard poetry. It’s both sickening and stunning.

Titus (Jane Montgomery Griffiths, female-bodied and female-coded) and Tamora (Melita Jurisic) still battle to bloodier and bloodier ends, propelled by their grief, but because we spend less time on their pomp and machinations, and more on the effects of their actions, in this production their war feels less like an adventure than it does like a sorrowful cry: don’t we see what we are doing to our children?

The men, and the systems of power they represent, are monstrous (there are a lot of masks). Mannequin bodies are lovingly re-set and then downed like bowling pins. Eugyeene Teh’s design is a stricken wasteland, capable of transforming: it’s briefly a stomach-churning woodland, an invalid’s room, a nursery. You almost expect to smell blood and burnt flesh. (Thankfully, you don’t). Video projections run rivers of blood from open mouths; skin is pulled apart and examined; bodies are painted ceremonially with blood to symbolise their wounds. Music and layered sound (by Max Lyandvert) intersects with Verity Hampson’s lighting, and video projections to create a deep, throat-clenching landscape of tension and despair.

This is a dreamlike meditation on the wreckage we wreak on innocent bodies under capitalist war and under patriarchy, and Jacobs favours feeling over dialogic clarity – this is more immersion than story, and it’s a lot to take in. Much of the play’s gallows humor has been cut, because Jacobs is asking to reckon with the reality of violence, but a few lines give us a brief, blessed reprieve. It’s not weird if you chuckle; other people will too. You might dig your nails into your arm to steel yourself against the next bloody tableau. You might need to look away. You wouldn’t be the only one doing this, either.

But don’t look away for too long. In Jacobs’ hands, Titus isn’t a glorification or justification of old words and old ideas. Jacobs isn’t trying to claim that this under-performed Shakespeare is under-rated: instead, she has repurposed an old dog and taught it new tricks. In her hands, with new imagery louder than any soliloquy, Titus becomes a warning. We have always had a great capacity for violence; we have always killed our children. What if we ripped the seams of our social structures apart and rebuilt them? What if we looked at broken bodies and, rather than calling their deaths a tragedy, accepted our own culpability, and said: enough?