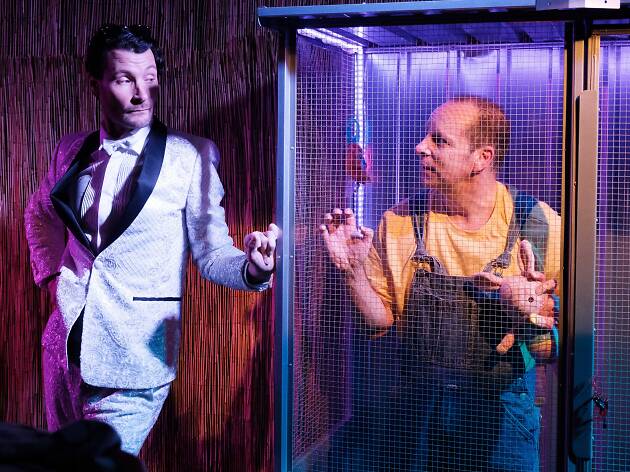 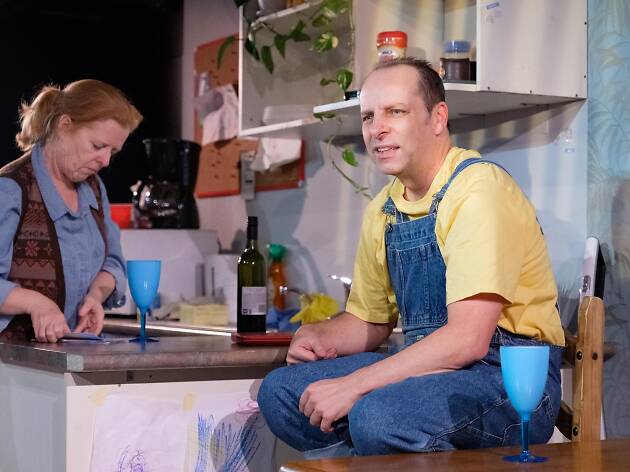 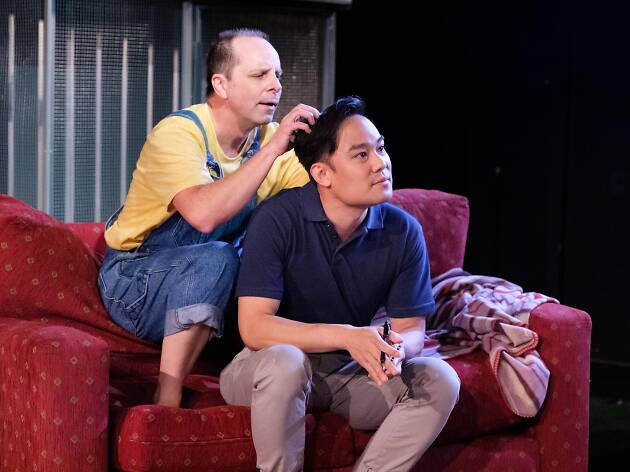 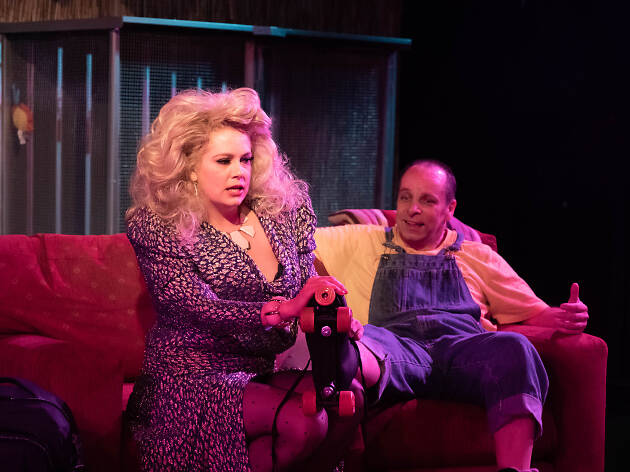 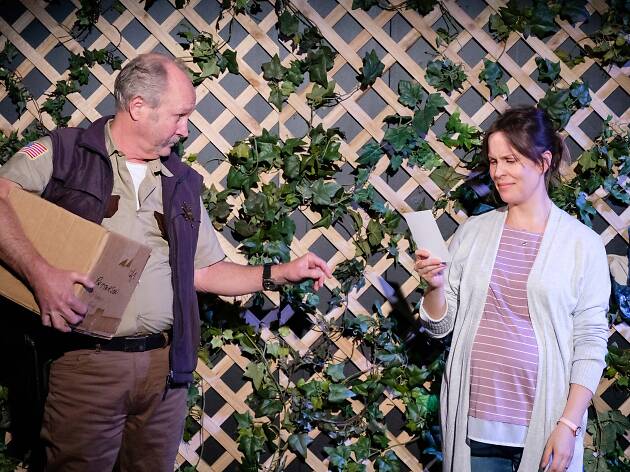 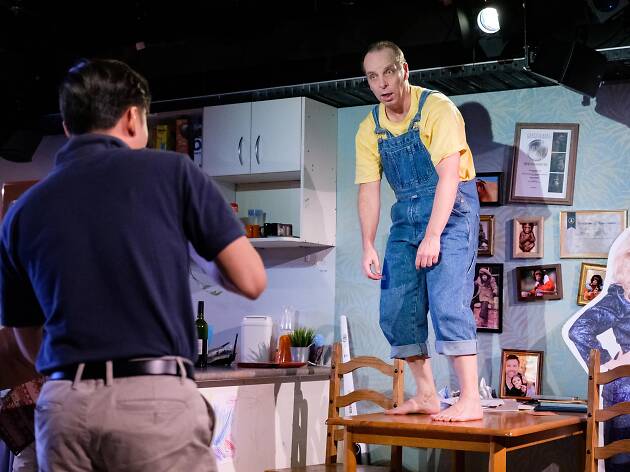 This quirky and touching play has an unusual lead character

Trevor (Jamie Oxenbould) can’t seem to get an audition. He’s getting old, his star has faded, and the world is getting more irritating by the day. He’s been living with Sandra (Di Adams) for as long as he can remember, and they love each other, but things are changing at home. Ashley from next door (Ainslie McGlynn) has a new baby that won’t stop crying; Jim the local cop (David Lynch) isn’t impressed by Trevor taking a joyride, and Oliver (Garth Holcombe), another actor – younger, prettier, more refined – is getting all the plum roles.

Also, Trevor is a chimp.

Oxenbould plays the titular role without a scrap of fur. He speaks comfortably in English, and appears recognisably human, but he’s still a chimp, so he’s possessed of an excellently lumbering physicality. It takes a second to realise that he can’t be understood by the humans and vice versa (although he and Sandra use sign language to communicate basic ideas and commands). There’s rich comedy – and later, drama – to be mined from this fundamental state of miscommunication.

Oxenbould roams tirelessly across the stage in a nuanced, funny and physiologically demanding performance that still manages to hook you in with empathy: Trevor is kind of a self-obsessed dick, but you can’t help but like him. And you can’t help but give your heart to Sandy either; she’s a lonely woman clinging to an animal that’s now too old, large and strong to be safe in her home, but she just can’t send him to an animal sanctuary. Adams infuses Sandy with an achingly understandable loneliness, and a bristling defensive side that won’t hear any bad word against her Large Adult Chimp.

On a remarkably detailed set by Jonathan Hindmarsh, designed to summon a very particular kind of chaotic suburban home full of little surprises, Trevor’s story moves from a harmless comedy about show business (with Eloise Snape making lush, note-perfect appearances as Morgan Fairchild) and families at odds into something else entirely.

Shaun Rennie is a director that taps into personal, character-driven threads of human longing to build worlds, and Trevor is no exception. In his hands, the play is both devastatingly funny and plain devastating. His actors – Oxenbould, Adams, McGlynn, Holcombe, Lynch, Snape and Jemwel Danao in two pivotal supporting roles – take a naturalistic, no-bullshit approach to the story, which means that when they look at Oxenbould and see a chimp, so do we. But it also means that their wants, needs and feelings are plain as day: the play soars because the characters are so open to us.

Plus, the collective sense of comic timing onstage is intuitively sharp. Even throwaway jokes land – there’s one line reading by Lynch at the end of the play that I’m still chuckling about two days later – and when tensions start to rise onstage, that ensemble sharpness could cut you.

This production of Trevor does something that’s relatively rare: it makes you feel better than you did when you walked into the theatre. Having a rough day? See Trevor. It’s blisteringly fun, it’s unexpected, it’s challenging. it’ll make you laugh. And isn’t it good to laugh again?