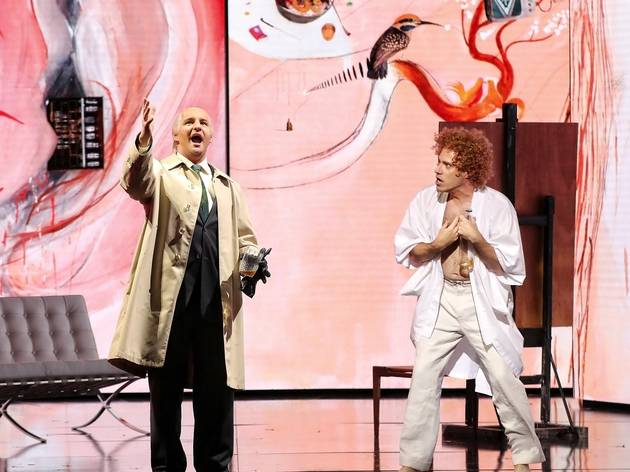 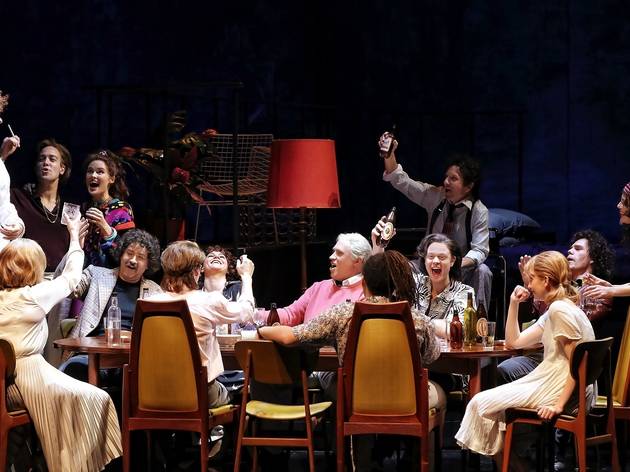 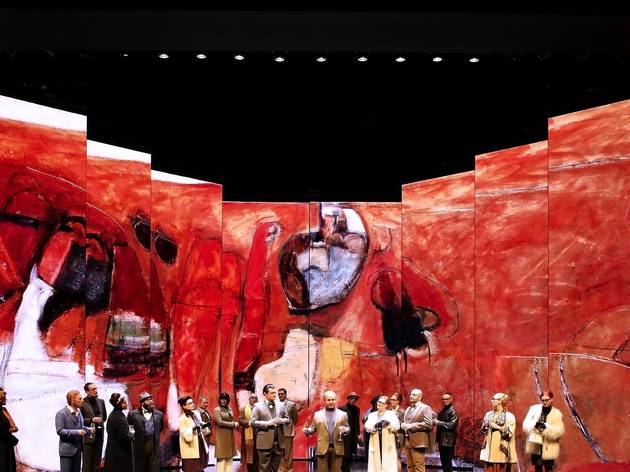 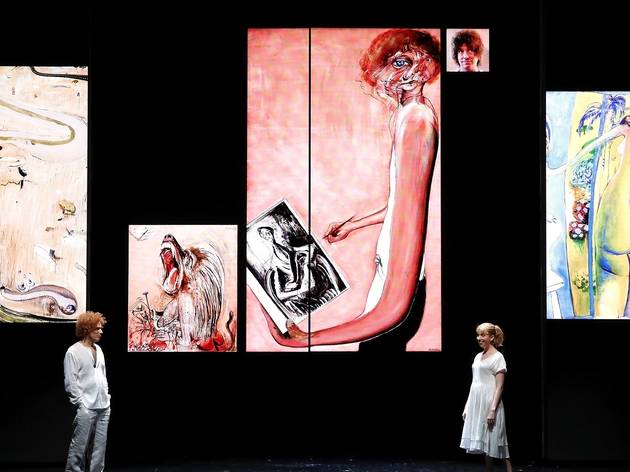 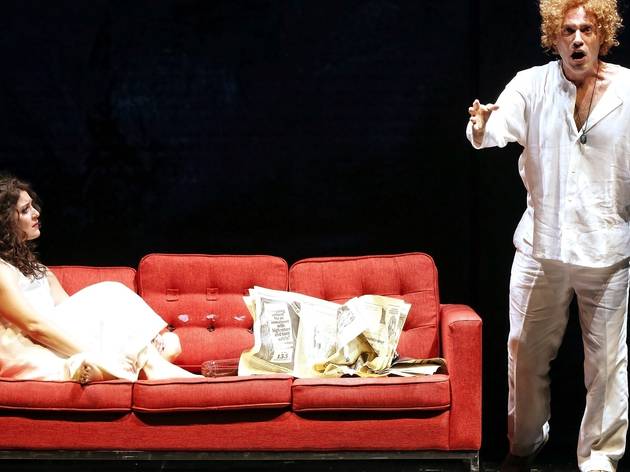 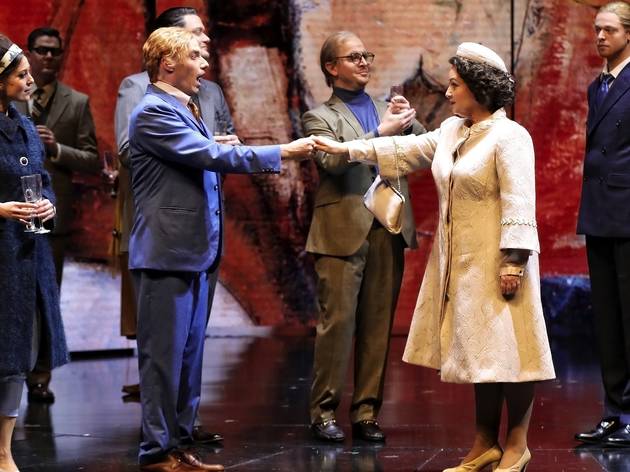 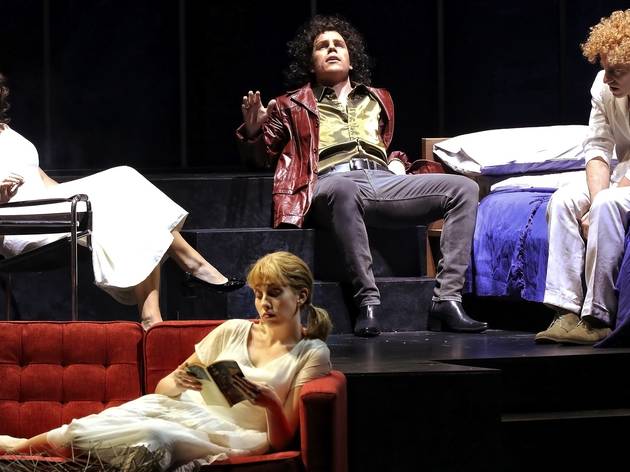 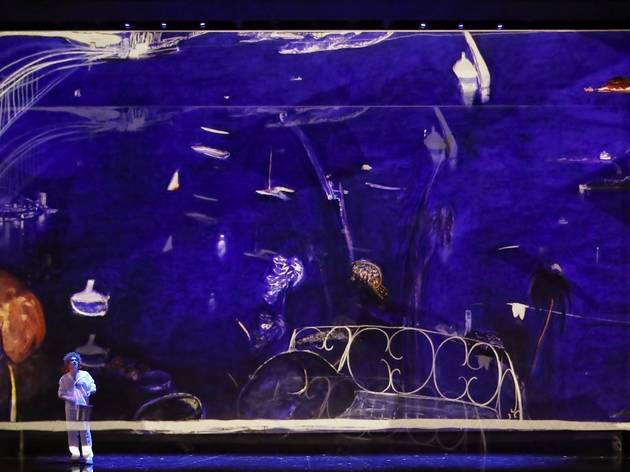 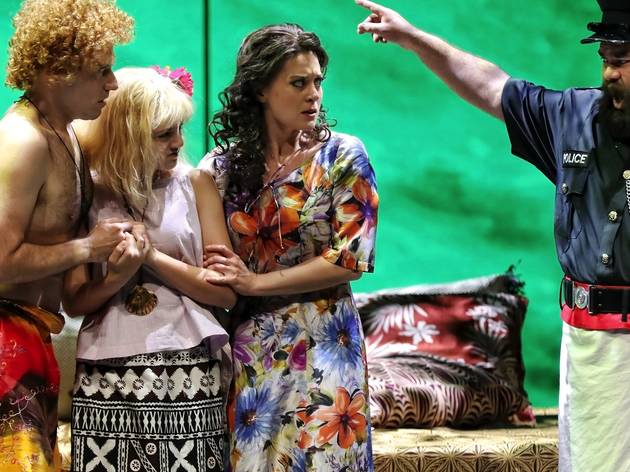 Incredibly, it’s been almost a decade since Opera Australia last handed over the Joan Sutherland Theatre, its main performance venue, to a new opera. So after endless revivals of Madama Butterfly, La Bohème and Carmen, composer Elena Kats-Chernin and librettist Justin Fleming’s opera about the life of artist Brett Whiteley is a welcome addition to the company’s programming. It’s well past time our national opera company invested in some more Australian-made music.

On that count, at least, Whiteley is a wise investment. Kats-Chernin has created an eclectic musical landscape that goes some way to conjuring up a sense of Whiteley’s artistry, his tumultuous life and fiery relationship with his brilliant wife Wendy. It’s lush and inventively orchestrated, with memorable motifs and a use of harmony that’s reminiscent of Bernstein or Gershwin at their most daring. It hits the sweet spot between sophistication and accessibility, and you don’t have to understand a whole lot about music to appreciate its riches.

The score has its own narrative shape, which is key to the opera’s success as neither the libretto nor direction measure up to its strengths. Whiteley feels strangely tentative and rarely has the courage to take bold stylistic or storytelling choices, let alone questioning notions of artistic geniuses and their muses. Given the breadth of inspiration available in Whiteley’s story, the opera feels strangely uninspired and is more an exercise in painting by numbers than creating an original masterpiece. If you’ve seen the 2017 documentary of the same name or read Ashleigh Wilson’s biography (upon which this opera draws) you’re unlikely to gain any new insights into the Whiteleys’ world as each episode – Brett’s childhood, meeting Wendy, his breakthrough, their time in Fiji – gets ticked off the list. The first act has little focus and it’s unclear what story Fleming has set out to tell. His libretto is stronger when it’s not dealing with autobiographical fact but is instead expressing Whiteley’s attitudes towards art, life and the other thing. He just never settles on a dramatic tone, swinging wildly between blunt and straightforward storytelling and wildly florid, dream-like prose.

English baritone Leigh Melrose manages to paint a compelling arc as Brett evolves from prodigy to the toast of the art world, and then his ultimate downfall. He’s well matched by local soprano Julie Lea Goodwin, who sings gloriously as Wendy and is a charismatic presence, despite the fact that her role is underwritten. Obviously Brett was the “star” of the couple, but we never learn anything about Wendy unless it’s in relation to Brett.

Despite the cast’s strengths, director David Freeman’s production suffers from a few dramatically limp sequences. There’s really no spark in the short scene when Brett meets Wendy, and a sequence in which he paints Wendy in a bathtub is awkward, unsexy and doesn’t seem to have any reason for existence beyond reminding the audience of some of Whiteley’s best paintings. Things heat up in the second act, but it takes too long to get there.

Dan Potra’s production design suffers from a similar tentativeness. He uses high-definition moving LED screens to bring us highlights from Whiteley’s career, but there’s no consistency in the visual style. The costumes are on point, and his rendering of the Whiteleys’ Lavender Bay home feels authentic, but the screens are never used to their full potential, and on opening night suffered from a bizarre stuttering effect as they slid across the stage.

Thankfully, there’s more consistency under the stage in the orchestra pit, with conductor Tahu Matheson leading the Opera Australia orchestra through a spirited rendition of what’s occasionally a challenging score.

There are moments of theatrical magic. Whenever either Brett or Wendy are creating – Brett, his paintings; Wendy, her garden – there’s a musical spark that leads to epiphany. But there isn’t strong enough connective tissue holding those moments and this opera together, and it seems a missed opportunity.