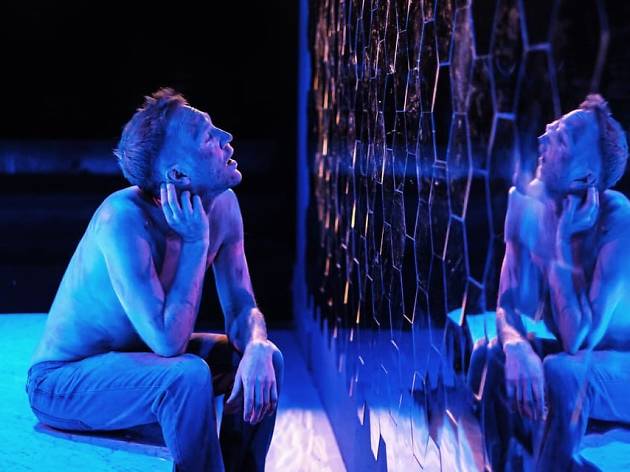 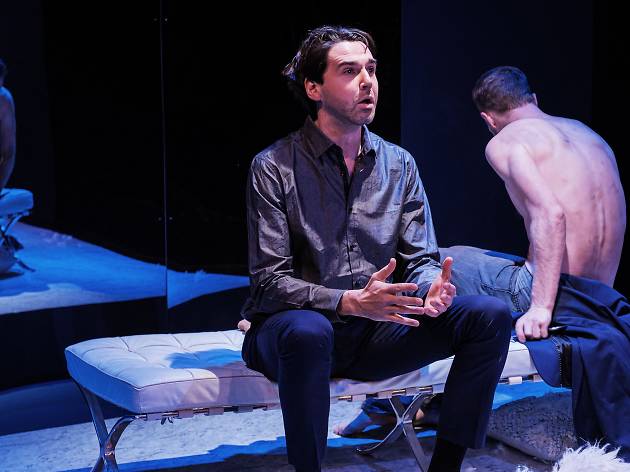 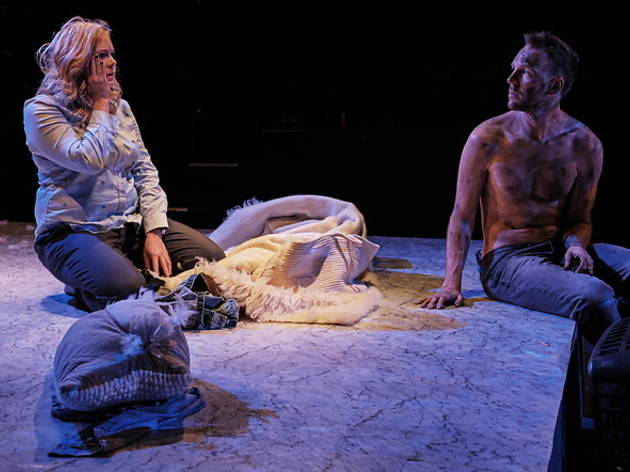 Sofie (Eloise Snape) and Gregor (Graeme McRae) used to have a cat named Wink. Then Gregor skinned the cat and buried him in the backyard.

Sofie and Gregor are unhappily married, so they see a psychiatrist, Dr Frans (Matthew Cheetham). He encourages the couple at their regular, separate appointments to slam their feelings down. But he’s understandably lost for words when a freshly-skinned Wink (Sam O’Sullivan) shows up for a session. Suddenly all those repressed thoughts, feelings and desires come surging right back up to the surface, and no one – not Sofie, not Gregor, not Frans – knows what to do about it.

And Wink? He’s just going to do whatever he wants. He’s a cat. It’s what they do.

Wink is the work of Jen Silverman, an American playwright whose dark comedies have a lot of buzz in US theatre circles; she was also a writer on Netflix’s 2018 take on Tales of the City. Silverman applies a queer lens to life in her work, and Wink approaches the frustrations of life through a queer approach to narrative: what are we all hiding about who we really are? What is the cost of transforming into something that doesn’t make us “murderously sad,” and can the structures of our lives survive this transformation?

At Kings Cross Theatre, however, the drama is mostly played straight. Directed by Anthony Skuse with a naturalistic hand, the production swirls like uneasy oil against water. The script is sharper on the page than it is here realised onstage; the more surreal elements of the play are flattened out. When Sofie destroys her living room, it’s not cataclysmic so much as it is a mild mess – and it’s hard to pick up from context clues, like costume and scene blocking, that she’s supposed to be a housewife raging against the machine of order. Gregor’s violent, primal tendencies feel constrained and rationalised, played small. It’s only when hapless Frans – who finds himself falling for Wink – tries the tiny rebellion of taking off his shoes to walk in bare feet that the play finds the sharp, thrilling edge that it needs.

Ben Pierpoint’s sound design, along with Phoebe Pilcher’s lights, handle some of the required dramatic heavy lifting – they insert a suggestion of off-kilter atmosphere that elevates and expands the dialogue, pushing it somewhere a little scary. And it’s a jolt of fear much needed by the production.

In the end, the rising tension never really takes off, and when the ending abruptly arrives, you could be caught off-guard by it. We know that Sofie is changing, dreaming up a terrorist invader named Roland that will, over the course of the play, become hugely important. We know that Wink is plotting revenge. We know that Gregor craves the freedom of destruction. But where are all of these impulses going? Just as we start to find out, it’s all over, the production exploding in a way that feels too little, too late. The result is a swift 70 or so minutes in the theatre that feels curious and compelling – scratching at something still buried.