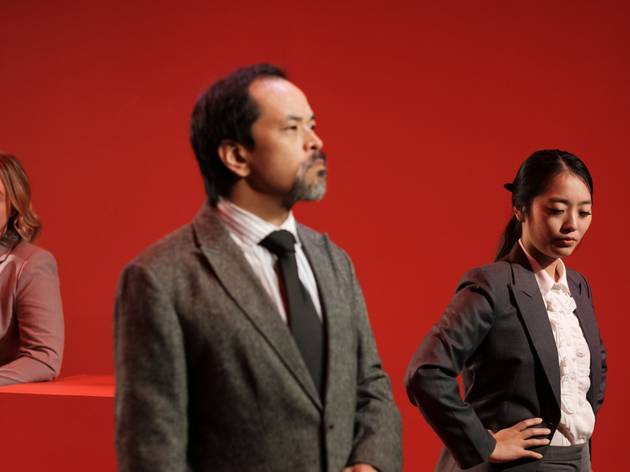 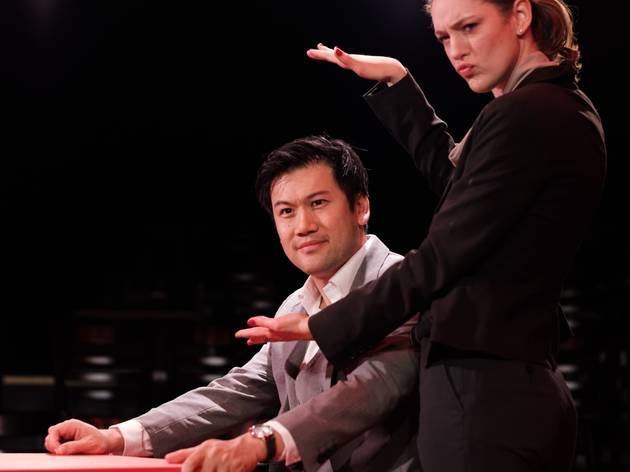 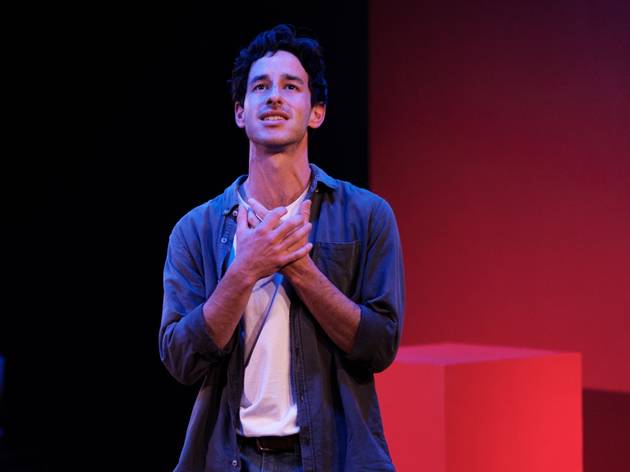 It is not such a strange move that a playwright should make themself the central character in their own work, but in David Henry Hwang’s Yellow Face, it is an obviously absurd conceit. Fictionally, the Asian-American writer commits the theatrical cardinal sin, by mistakenly casting a white man to play one of his Asian characters. Hilarity ensues, perhaps unsurprisingly, in this quirky comedy about race relations in America, and racial representation in the arts more broadly.

Much has changed, in these political discussions, since the play’s original 2007 premiere. Enjoying its Australian premiere at Kings Cross Theatre, some of its arguments seem slightly dated, as does some of its humour. Still, the essence of what it wishes to impart remains valuable. The current resurgence of anti-Asian sentiment, most notably in post-Trump USA and in the middle of a global crisis, has brought back analysis and commentary around the concept of the “model minority”. Hwang certainly embodies this idea, being one of the biggest success stories of Asian-Americans who have made it on Broadway.

When people from marginalised cultures are given mainstream recognition for remarkable achievements, we are celebrated for having triumphed in spite of particular challenges. We also become intractably associated with those limitations and, unlike our white, straight, cisgender, non-disabled counterparts, we struggle to be perceived as whole persons. As being more than the narrow identities ascribed upon us. Hwang laments that he, too, has to play “yellow face”. That it is perhaps an inescapable fate to have to always be thought of as the “good” Asian.

Yellow Face is a complicated work. It begins fairly innocuously with the farce surrounding an actor’s mistaken identity, but develops, quite unexpectedly, into deeper and more consequential spaces, with its core subject of prejudice. The play is both fictional and autobiographical, with elements of both featuring prominently, although not always distinct, in the storytelling. The audience instinctively wishes to separate fact from fantasy, but we eventually realise that it is the moral of the story that matters.

The production is directed by Tasnim Hossain, who brings unmistakable passion to the project. Her sense of mischief proves a good fit with Hwang’s sardonic voice, and the combination delivers for the stage a confident wit that many will enjoy. Also noteworthy is Prema Yin’s sound design, able to manufacture subtle tonal shifts in atmosphere, to guide us through each scene, for emotional responses that may be conscious or subconscious. Visual elements are less inventive, but adequately implemented.

Actor Shan-Ree Tan is extraordinary in the role of Hwang, comically pompous yet tragically self-deprecating in equal measure. It is a highly detailed rendering of both personality and narrative, with a steely focus that keeps us attentive to all that is unfolding. Jonathan Chan is also memorable as Hwang’s father Henry, a highly idiosyncratic character, very rough around the edges but ultimately endearing.

The white guy masquerading as Asian is played by a delightful Adam Marks, who brings wonderful vibrancy to the pivotal role of Marcus G. Dahlman. Equally charming are Whitney Richards and Idam Sondhi, ensemble players who leave excellent impressions with their remarkable versatility and dynamism. Helen Kim and Kian Pitman are more restrained in their approach, and although not as powerful as a result, both performers are unquestionably committed.

What the idea of a “model minority” implies is that there are minorities whose presences are less than ideal. We are judged with more severity than any other citizen and have to live by standards higher than others are held to. Hwang does not wish to bear the burden of being a famous writer from an Asian background, but is unsure if it will ever be possible for him to simply be a famous writer. There is a resentment in having to overcome challenges that are unique to being Asian-American, but concurrently, there is also a sense of pride that must accompany the ability to surmount those difficulties, unjust as they may be.

Today we seem to be more aware of difference than we ever did before. For some, identity politics is bothersome, but for others it is liberating and empowering. We can no longer be complacent and assume that all individuals experience the world in the same way. As we endeavour to improve lives, it is important that we understand, deeply, the nature of our communities, with all their nuances and divergences. Above all, we need to find ways to manifest into reality the old adage that, although we are all different, we are all equal. Yellow Face is part of that conversation.