Things to do Bondi Beach 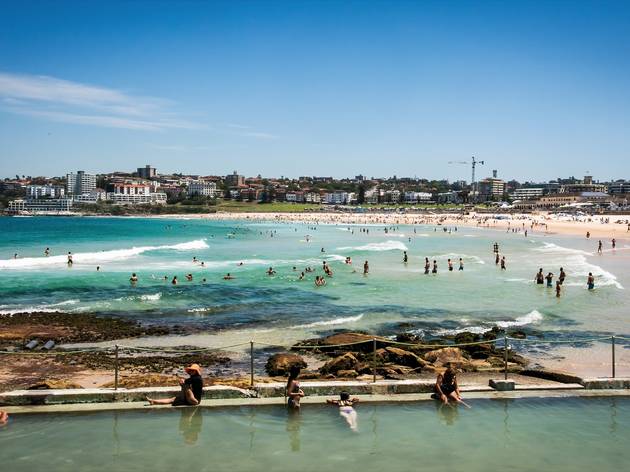 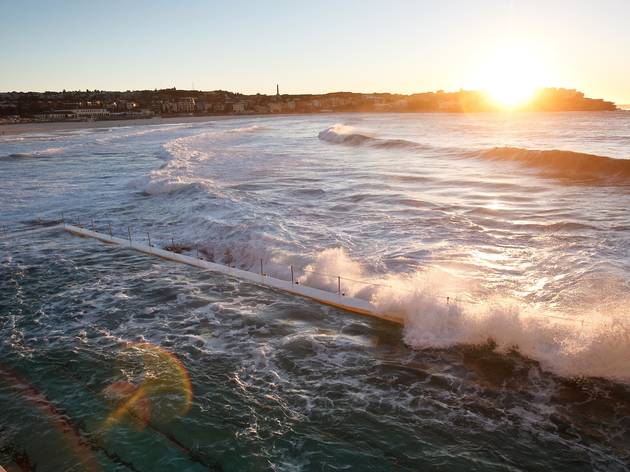 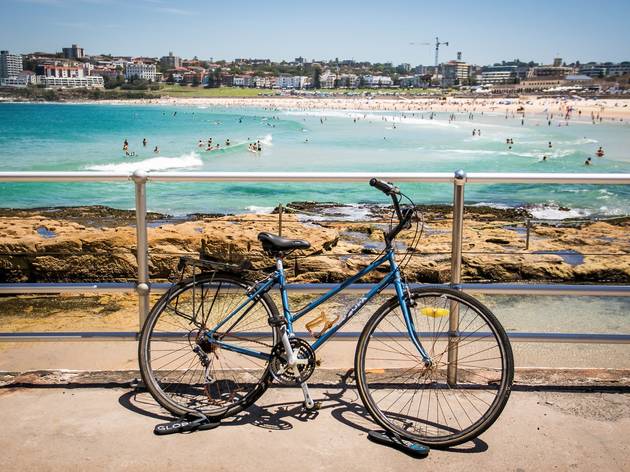 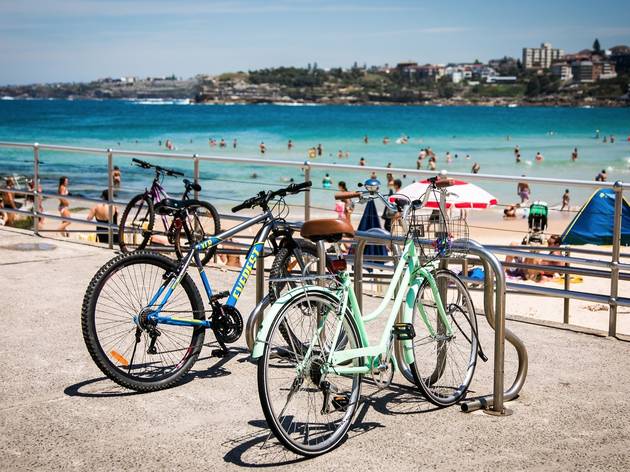 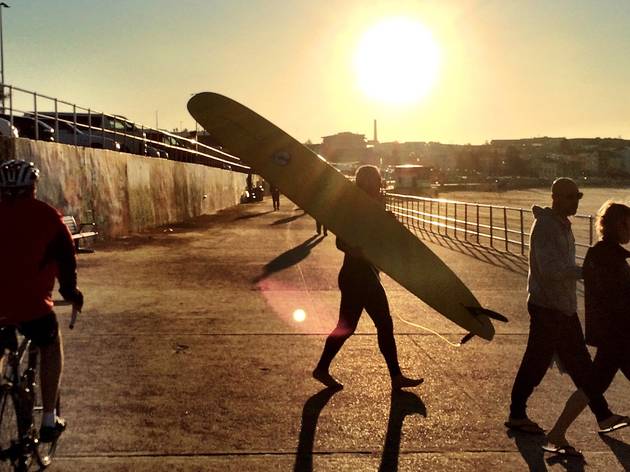 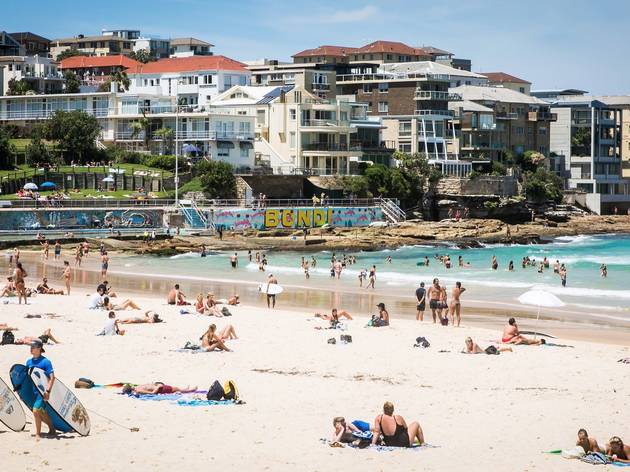 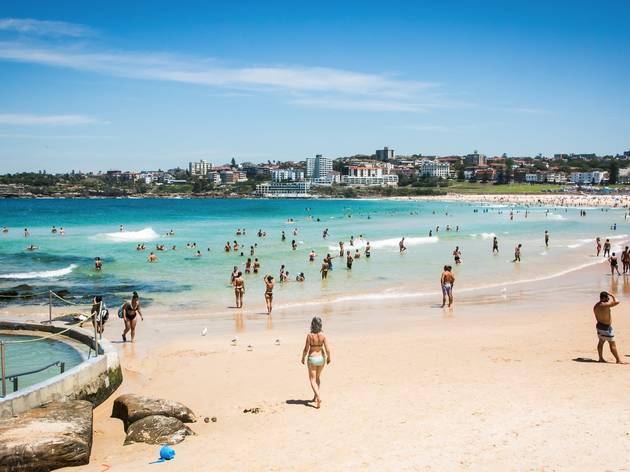 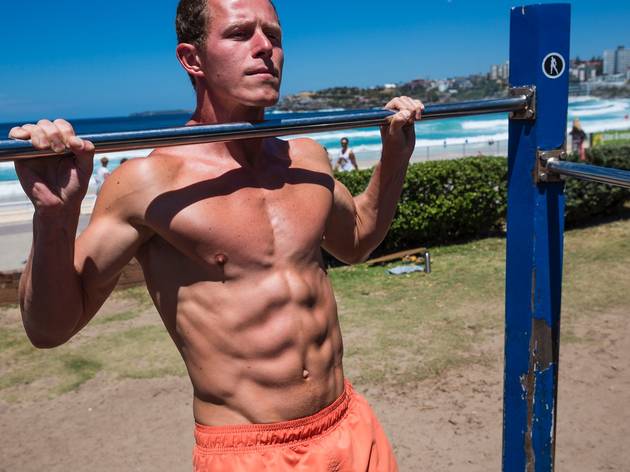 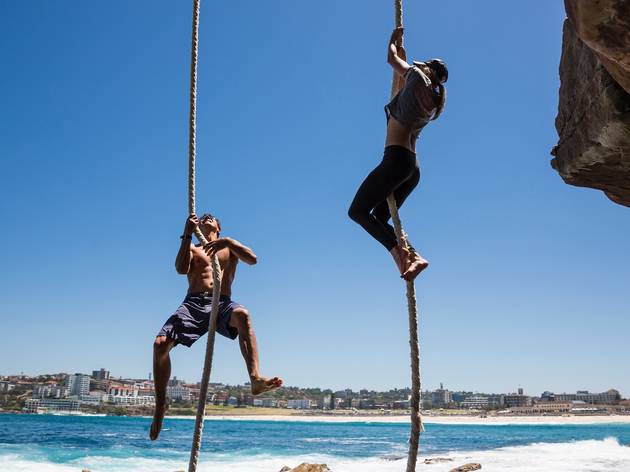 Bondi has always been a suggestive temptress, never shy of showing a bit of leg, sun baking topless, or sashaying sassily with the sand between her toes. She's tarty and glamorous, rough and ready, drinking beer from a champagne flute, attracting Hollywood celebs and backpacking hobos alike as they all slap zinc on their noses.

Located only 7km from Sydney's CBD, the fine vanilla sand of its crescent-moon shape is Sydney's - nay, the world's - most famous beach and is loved for its faults as much as its well-displayed charms.

To the natural beauty, man has added concrete catwalks, graffitied promenades and art deco architecture. Step beyond the chipped veneer of Campbell Parade and you'll see a suburb spectacular enough to balance the horrendous weekend traffic, the lack of parking, the grimy fast food joints and the hordes of people. "As locals, we call Bondi the capital of the world," says president of the Bondi Surf Bathers Life Saving Club, Rob Harvey.

Created 100 years ago after a spate of drownings, Bondi Surf Bathers is the oldest lifesaving club in the world, currently with 1,000 members - the oldest being 97. In 1938 Bondi had its worst day, Black Sunday, when hundreds of people were washed out to sea, with five people losing their lives. But the guys and gals who wear the red and yellow caps have ensured that such a disaster has never been repeated.

The origin of Bondi's name is keenly contested. Some believe it to be the Aboriginal word for "noise of water breaking on rocks", while the Australian Museum archives say it means "a place where a fight with nullas took place", a nulla being an Aboriginal club. Before European settlement, huge sand dunes extended all the way from the Bondi coast to Rose Bay, and indigenous people used Bondi as a passageway to get from Sydney to Botany harbour. Engraved evidence of their journeys can still be seen around the headlands.

At the height of summer, Bondi attracts up to 40,000 people a day, a number that has continued to grow since bathing restrictions (and costumes) were relaxed in 1902. Considered a threat to morality, swimming wasn't allowed between 6am and 7pm, and people were most definitely not allowed to show skin. In 1946, Pauline Morgan, a 17-year-old dress (and name) maker caused a stir, walking along Bondi in a bikini with a trail of several hundred people who in their excitement, almost trampled her. When she reached the pavilion an inspector ordered her to get dressed.

How things have changed.

South Bondi, 1906 Once upon a time, trams clanked all the way east from the city to Bondi Junction and Bondi Beach, bringing people from far and wide to the most popular and loved beaches in the short history of this continent. The silver ribbons of tram line are long gone but Bondi is still synonymous with the blessed ideal of Australian life.

Want more? Check out our guide to Sydney's best beaches.