The House After Dark 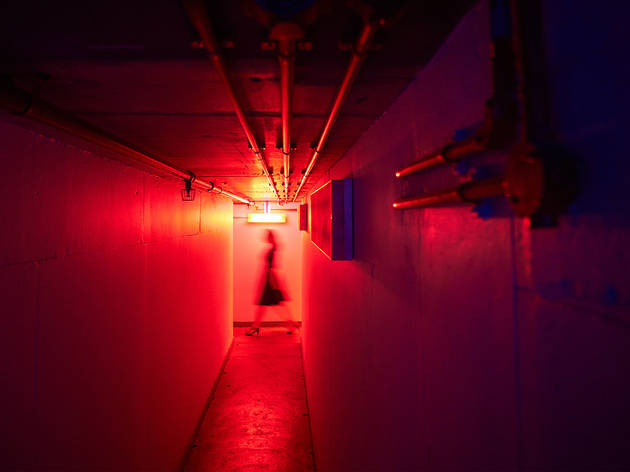 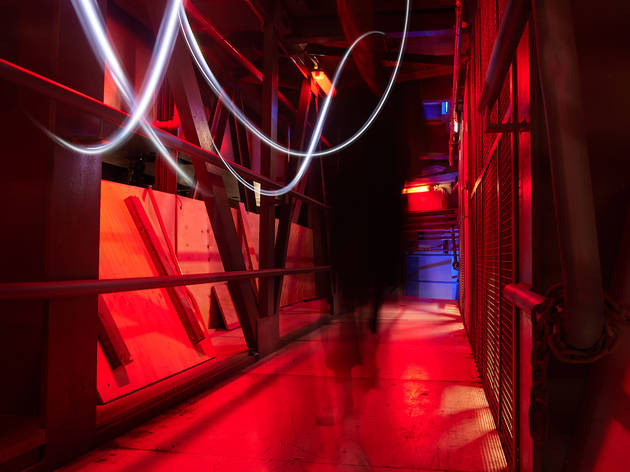 When you think of a ghost tour, you probably imagine venturing into some dark, dank, decaying building in the middle of nowhere, paint peeling from the walls, maybe some rusting medical equipment in the corner of a room or occult symbols scrawled on the floors. Well, look out abandoned mental asylums and crumbling gothic mansions, because the Sydney Opera House is coming for your gig.

The House After Dark tour is the spooktacular remix of the Opera House’s popular backstage walkthrough. Whereas the daytime edition focuses on the building’s vital statistics, the history of its design and the many engineering feats that were accomplished to bring it into being, its nighttime counterpart amps up the fear factor, as it follows the final journey of the only person to have died on the Opera House grounds since its opening in 1973.

The ill-fated soul in question was a ‘mechanist’ – a stage technician, as they’re now known – who played fast and loose with the superstitions of the theatre, brazenly discussing the ‘Scottish play’, saying "good luck" instead of "break a leg", and generally rubbing his more cautious colleagues up the wrong way. He was not well liked. Whether this is justification for his rather gruesome death is another matter, but his comeuppance becomes the jumping-off point for some fascinating insights into why the theatre has so many rituals with one foot in the supernatural.

The 90-minute tour begins at 10pm in the Opera House’s innovative new multimedia space – a long, oval room equipped with a series of projectors that create a 360-degree visualisation. Originally created to screen an immersive film of the Sydney Symphony Orchestra, by way of a stopgap alternative to entering the currently inaccessible Concert Hall, which is undergoing major upgrade works, it offers a special spooky presentation for After Dark visitors. While it might not have a whole lot of reasons to be haunted, staff members have had ghostly encounters at the Opera House, and it’s here that you’ll learn a handful of the most bizarre, while enjoying a gin and tonic and a few snacks.

Now that you're properly primed for your fright night, it’s time to venture into the bowels of the building, led by one of the Opera House's expert guides. Because everything’s scarier in the dark, much of the tour is done by the light of head torches, which adds an extra dimension of disorientation to the experience as you wander through a labyrinth of corridors and storage spaces.

Ghost tour aficionados will likely find this evening a little light on scares – this tour is more fascinating than frightening, and the tour guides at SOH, while encyclopedically versed in the intricacies of Australia's most iconic landmark, are not necessarily as skilled in the kind of ooky-spooky theatricality other ghost tour operators trade in. That said, there were a couple of distinctly odd occurrences on the night that we attended. The cynic in us assumes these were deliberately set up to give visitors a little more boo for their buck, but one startling moment, in particular, was so inexplicable we can’t conclusively say that this wasn’t proof of the great hereafter.

Other than the unpopular mechanist, there is one other untimely demise that is part of the Opera House – quite literally. During its construction, an unlucky possum took a tumble into the still-wet cement, and when efforts to extract the poor creature failed, the decision was taken to keep on pouring. It remains encased in a surprisingly public part of the building to this day. Whether this murdered marsupial is still roaming the corridors of the Opera House is impossible to say, but for those inclined to believe in such things, we suggest you keep your eyes peeled for this creepy critter should you dare to hunt for the phantoms of the Opera House.