Since international borders were closed on March 20 last year, the fate of overseas travel and when it might resume for Australians has been shrouded in mystery and speculation. Now, as the first doses of the vaccine arrive and the slow process of jabbing the nation begins, there's a little more light – or at least, clarity – at the end of the tunnel.

In the first week of January 2021, after grounding its international fleet for months, Qantas stated it would be resume overseas flights from July 1 of this year. In late February, this date was pushed back four months to October 2021. The projections of Australia's national carrier could be an indication of when travel will resume, but aren't determinative. Even if flying does pick up again in October,  it's going to be a long time before we're jetsetting overseas at the same rate we were before – if ever. In April 2021, Deloitte Access Economics' latest quarterly business outlook projected that rates of air travel wouldn't return to pre-pandemic levels until 2024.

We dug into some of the major questions that remain unanswered, to shed a little more light on when you might be able to see overseas friends, visit family or set off on that international adventure.

Why can't I travel overseas from Australia right now?

Many countries around the world are struggling to contain the spread of the virus, on a much more dramatic scale than Australia has encountered so far. In places like the UK and US, cases are on the rise. Australia has fared better, but that could easily be undone.

Most of the rules that we're living under have been laid down by state governments, but one of the few federally mandated rules is a nationwide ban on international travel – unless your trip meets one of the exceptions. Hoping to jet off for any reason other than these? No dice.

Subject to a strict cap on arrivals per week, it is possible for Australian citizens and permanent residents currently overseas to return to the country – albeit with a self-funded, two-week hotel quarantine period upon their arrival back home.

Will I be able to travel overseas by the end of the year?

Potentially. This date has been projected by many pundits and appears to align with Qantas's release of flight tickets for October 2021, but unless the federal government lifts the travel ban, there's no possibility of free international travel from or into Australia. Scott Morrison has indicated that he has “no plans” to immediately lift the hard international border closure.

More recently, health department secretary Brendan Murphy indicated to the ABC that borders would probably stay closed for the majority of 2021, but that there was too much uncertainty to be sure. "It is a big open question. I think the answer is probably no," he said, of restrictions on overseas travel being lifted before the end of the year.

Will I at least be able to travel to New Zealand, or are you going to crush my dreams there, too?

We are dream-crushers no longer! Plans for a trans-Tasman travel bubble, which would allow two-way travel between Australia and New Zealand, without visitors from either country being required to complete a mandatory 14-day quarantine period, are finally happening.

In other news, the Australian government indicated in March that a travel bubble could potentially be instituted between Australia and Singapore in July.

Once travel does restart, will I need to have been vaccinated before travelling?

This seems likely, although it may be airlines that decide rather than any national governments. On March 21, Qantas CEO Alan Joyce stated that air travellers would be required to prove they had been vaccinated against the coronavirus before boarding a Qantas plane into or out of the country.

When will air travel return to normal?

It depends on what kind of 'normal' we're talking about. In the Beforetime, Australians and people around the world were taking to the skies in record number, on trips for leisure, work and to visit family and friends in far-flung places. Our increasingly global, jetsetting habits were scuppered at the start of last year, and we were grounded with a thud.

While international travel could begin in Australia by the end of the year, the International Air Transport Association (IATA) indicated that the levels we'll be flying likely won't match those in 2019 for at least a few years. Even after a vaccine is widely available, trust in international travel will to take years to rehabilitate, according to the IATA, meaning airlines will have to charter fewer planes.

Unfortunately, a fair portion of Australia's economy, at least in the Beforetime, relied on international tourism. It's been estimated that over the peak season of Christmas and New Year, NSW businesses suffered a drop in tourism income of more than $3 billion. Many parts of the tourist ecosystem, from popular tourist attractions to hotels to regional tour operators, are still suffering despite the gradual recovery of many other parts of the leisure, entertainment and hospitality sector.

It's important to note that it's also not just a question of when, but also if we will return to travel as we once knew it. As the world adapts in many ways to living with the virus, it'll take a long time, if ever, before we return to pre-pandemic levels of jetsetting. Arguably, given the environmental cost of air travel, there are also forms of it which we could and should learn to live without. 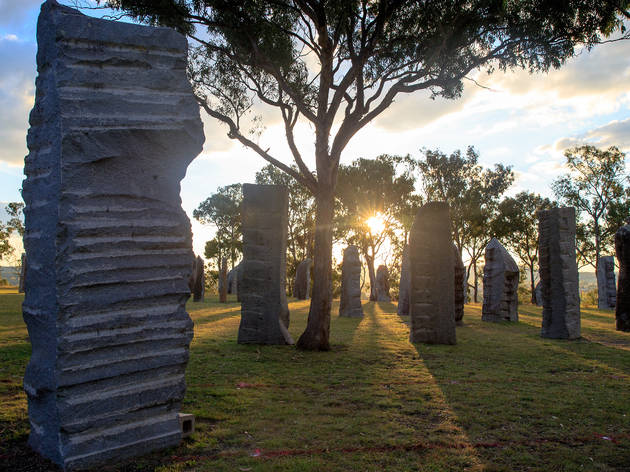 Worry not, aspiring globetrotter. You can still get a taste of international travel without ever leaving the state. Here are six spots where you can at least pretend you’re travelling the world, right here in NSW.