Around the world Halloween is many things – a sugar overdose, an elaborate costume opportunity, an excuse for a horror movie marathon, a hallowed celebration of those who are no longer with us – but, wherever you are, October 31 is usually guaranteed to be big and vibrant.

This year, however, Halloween is going to look a little different. Large scale events and parades are for the most part cancelled, thanks to social distancing restrictions and ongoing health concerns. Smaller celebrations may still take place, though, and you can be sure of one thing: the spirit of these long-running global traditions will remain strong.

RECOMMENDED: Amazing abandoned places you can visit around the world 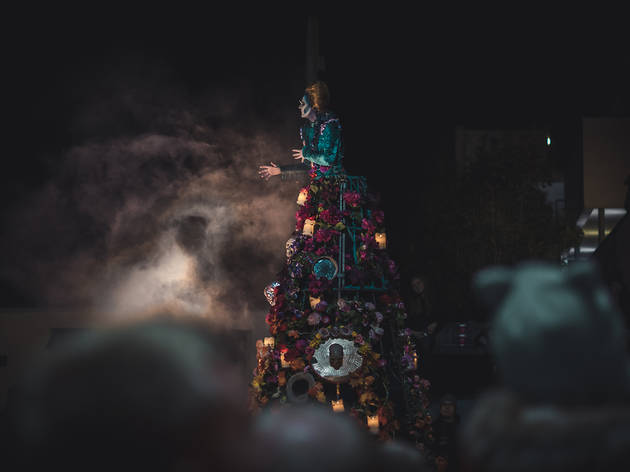 Halloween’s origins can be traced back to Ireland thousands of years ago, and the ancient pagan festival of Samhain. Celebrated on October 31 and November 1 in Ireland, as well as Scotland, the Samhain festivities marked the end of the harvest season and the beginning of winter. Fires were burned, feasts were had and sacrifices and offerings were left to spirits and souls of the dead, who were thought to be able to easily pass over into the land of the living at this time of year.

People also dressed up as spirits or fairies to disguise themselves from their supernatural visitors and went door to door, singing songs or reciting verses in exchange for food – a practice which likely inspired modern-day trick-or-treating.

These days, the end of October is still a time of festivities in Ireland. Ancient folklore and the spirit of Samhain take centre stage at the Púca Festival, named after a shape-shifting spirit thought to appear during this time, in County Meath and County Louth. Galway is the setting for the annual Macnas parade, which sees oversized theatrical, mythical puppets being paraded through the city’s streets. There are usually parades and fireworks displays in Dublin at this time of year too, though those have been cancelled in 2020, so you can expect smaller celebrations within individual households instead. 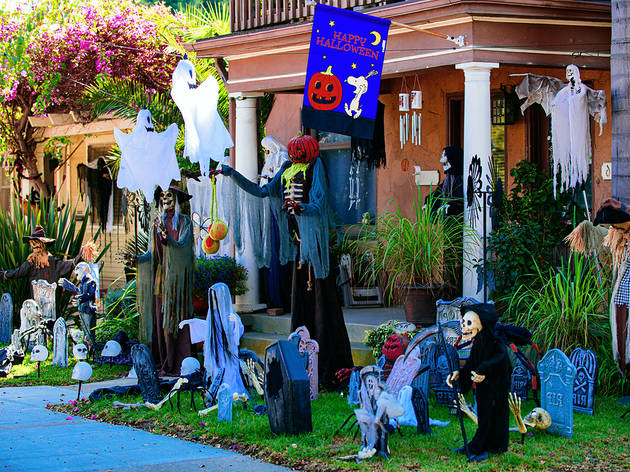 Halloween might now be considered a classic commercial American holiday, but it’s thought that the concept of Halloween arrived in America with Irish immigrants in the 1800s. Since then, Americans have well and truly made the date their own, popularising the giving out of candy to spectacularly-dressed kids, going from door to door trick-or-treating.

Want to celebrate Halloween properly, USA-style? You’ll want to throw a Halloween party, or decorate the front of your house elaborately, with carved pumpkins, horrifying props and pranks, ready for visitors. Costumes are a must, and are typically more pop-culture references than mythical creatures of the underworld. You can even dress up your pets. There’s an annual Halloween Dog Parade in New York for pooches who are really into the season.

This year, Halloween won’t be as social an affair, but people have found ways around it. In Los Angeles, locals will be able to get their spook on at the number of drive ins, from a ‘Stranger Things’ immersive experience to a Halloween Food Crawl from behind the wheel. 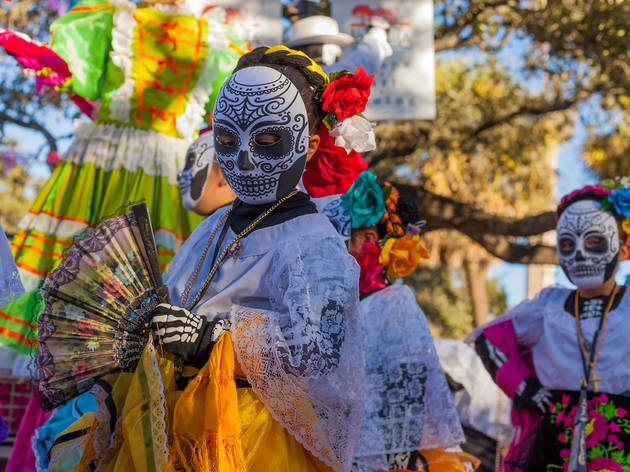 First thing’s first, Día de Muertos, or Day of the Dead, isn’t a version of Halloween – but the two events do share similarities. Day of the Dead falls on November 1 and 2, All Saints’ and All Souls’ Day in the Christian calendar. Rather than being frightening like Halloween purports to be, Day of the Dead is a vibrant and colourful celebration of lost loved ones.

To mark the annual festivities, people dress up and wear masks or paint their faces to look like skulls. Loud music is played and people gather to sing, dance and party in public spaces.

One of the best ways to witness Día de Muertos is to watch the grand parade in Mexico City. This year the parade will take place, but virtually so that crowds don’t gather. And you can bet traditional celebrations will still take place in people’s homes, where altars, decorated with marigold petals, photos, candles and offerings are set out to welcome back the spirits of the departed. 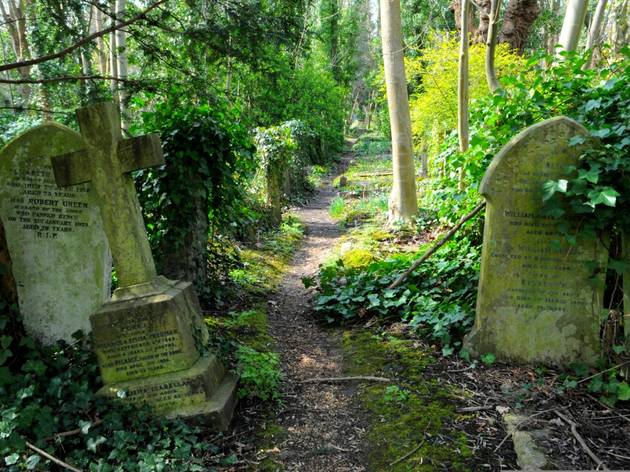 All-hallows-eve in England is based in both Gaellic Samhain and Roman traditions. In England, Halloween has largely been celebrated by telling ghost stories, lighting candles inside hollowed out vegetables (swedes and turnips – pumpkins are a fairly recent addition) and playing games like apple bobbing.

These days, the country more than makes use of all its old, historic houses, putting on ghost walks around Halloween. Up for even more of a scare? Why not book onto a cemetery tour, where you’ll be guided through one of England’s atmospheric graveyards, like Tower Hamlets Cemetery Park in London.

You can also count on a creepy cinema trip to mark Halloween. Horror films – modern, classic and niche – are often screened in historic buildings or novelty settings designed to leave you feeling jumpy. 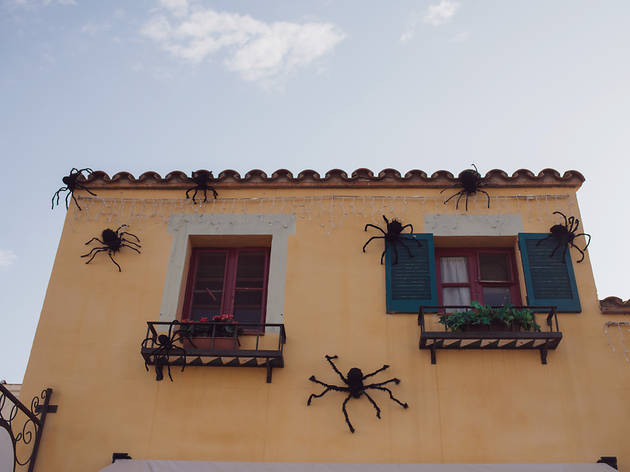 Halloween is quite a big deal in some parts of Spain. It’s a three-day celebration from October 31, known as Dia de las Brujas, Day of the Witches or Noite dos Calacús, Night of the Pumpkins, until Dia de los Muertos on November 2. People in Spain even get a bank holiday on Dia de Todos los Santos – All Saints’ Day – when families tend to their lost ones’ graves, leaving flowers and sharing special pastries.

In Galicia in northern Spain, you can expect pumpkin carving, bonfires and people dressed up in traditionally scary costumes, while in Catalonia you can mark the festivities by feasting on chestnuts, sweet potatoes, sweet wine and little cakes made of marzipan. One village north of Barcelona has its own Halloween tradition called Fira de les Bruixes which remembers women who were sentenced to death for witchcraft during the Spanish Inquisition with a parade and street performances. 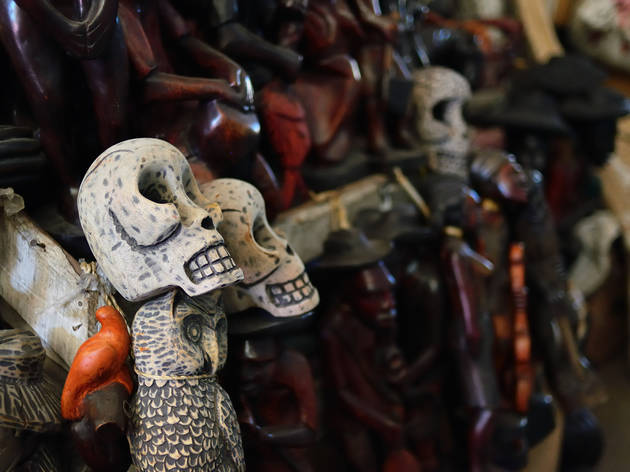 Fet Gede is Haiti’s version of the Day of the Dead, celebrated on November 1 and 2. It’s a Voodoo holiday where people dress up, with white faces and clothes in shades of black, purple and white, drink and feast around the graves of their departed loved ones to honour their ancestors. Like Mexico’s celebrations, the festivities are loud and vibrant – wild behaviour is encouraged. 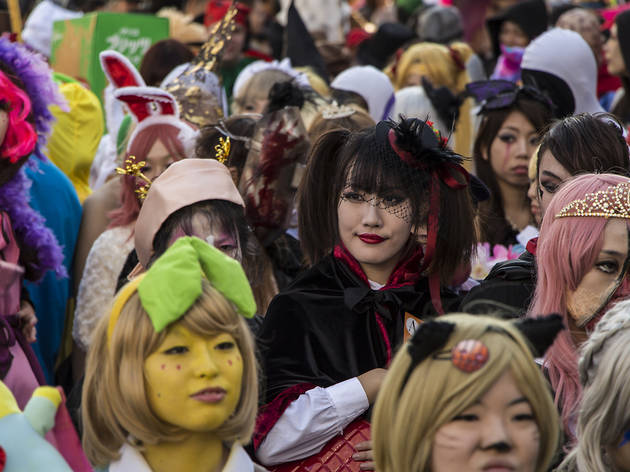 Halloween is a relatively new addition to Japanese culture, but in many places it has been embraced with open arms. Inspired by American Halloween traditions, thanks to Tokyo Disneyland making the concept a popular one, the country goes big on Halloween costumes. Expect parties and parades of people in extravagant get up. The focus here is on cosplay and pop-culture, rather than anything actually too terrifying. 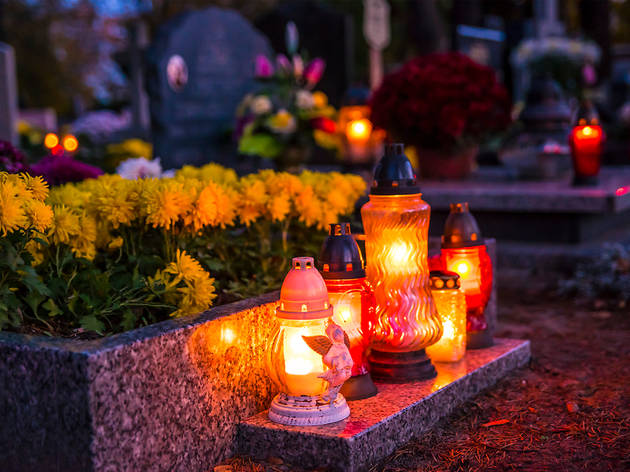 You might spot the odd party or hopeful trick-or-treater but, like many countries around the world, Poland traditionally swerves Halloween and celebrates All Saints’ and All Souls’ Day instead. On these national holidays, Poland’s cemeteries are lit up with thousands of flames as people decorate their lost one’s graves with candles and flowers, and meet to talk about their lives and pray.

More spooky stuff around the world 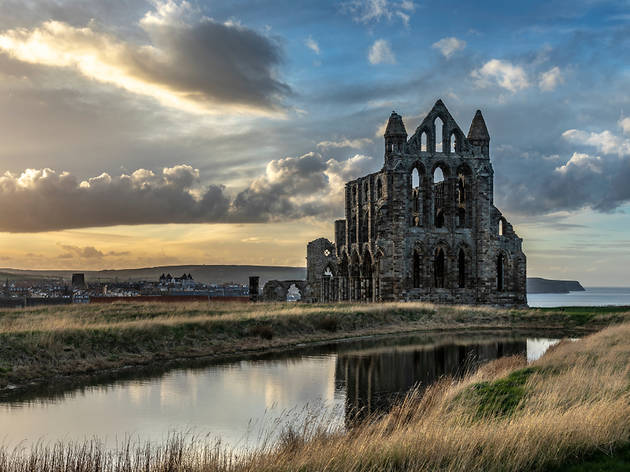 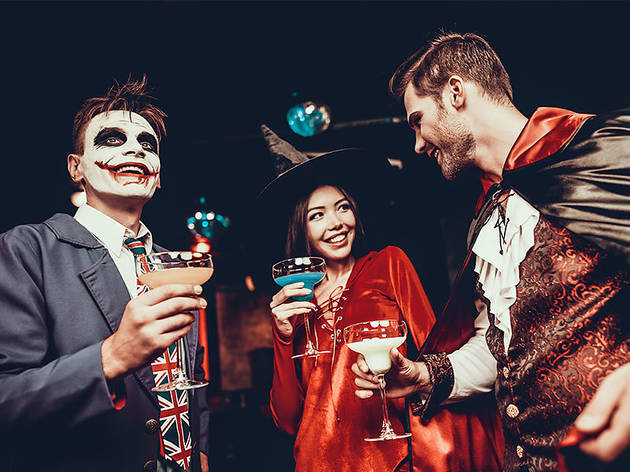 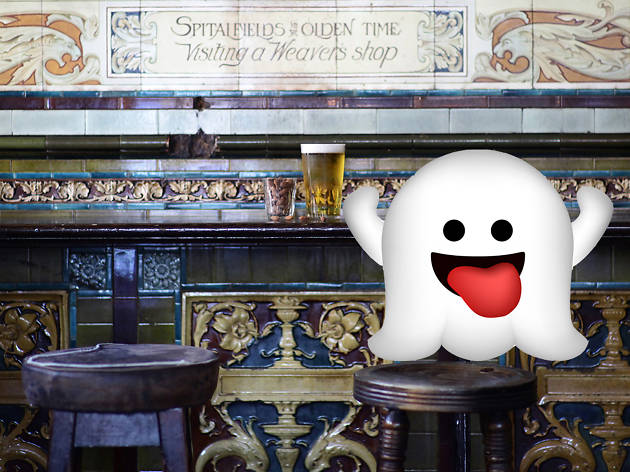 Or BOOzers, if you will