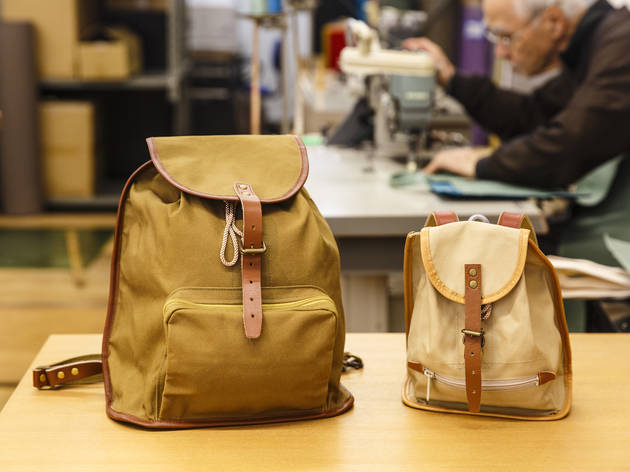 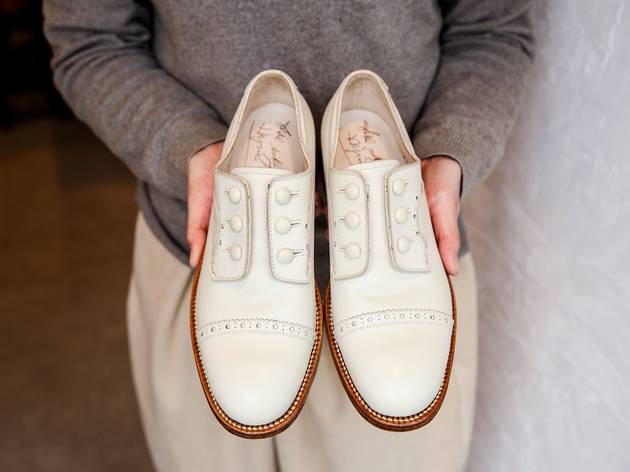 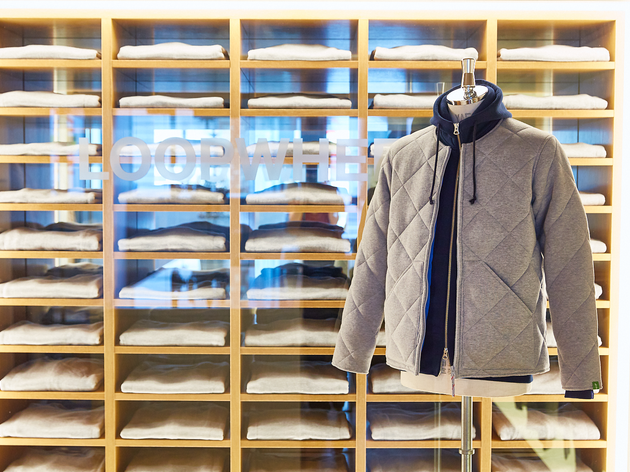 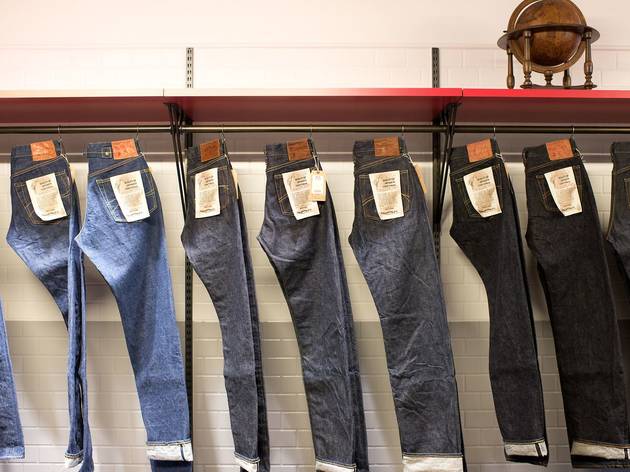 The Japanese tendency to focus obsessively on a single subject is, though bordering on stereotype, nonetheless very much a thing. Otaku and their obsessions are famed worldwide, but at the other end of the style spectrum, Tokyo is also home to clothing and accessory labels fanatically dedicated to the pursuit of perfection in one single type of product. Contrary to popular perception, many demonstrate that ‘Made in Japan’ quality can be surprisingly affordable. From long-established names to some up-and-coming younger talent, we take a tour of the city’s style specialists.

RECOMMENDED: Read our guide on how to go out safely in Tokyo

Designed and made in Japan 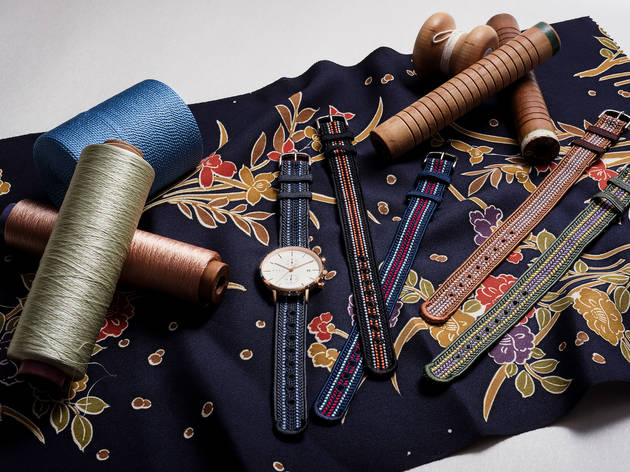 Maker’s Watch Knot, hailing from Tokyo’s Kichijoji neighbourhood, achieves the impossible-sounding feat of offering high-quality, made-in-Japan timepieces at affordable prices: watches start at around ¥17,000. The company has direct ties (hence the ‘Knot’ in the brand name) with an assortment of artisan component manufacturers scattered up and down the country. Strap suppliers include the Tochigi Leather tannery while watch casings are sourced from, among others, Fukushima-based metal workshop Hayashi Seiki Seizo.

This ‘gallery store’, located off the boutique- and eatery-lined Nakamichi- dori street, has a chic interior that belies the low price point of its wares. The glass that usually comes between wristwatches and potential buyers is absent; you’re free to pick up and try on anything from the extensive selection. Styles range from elegantly minimal to chunky, dial and gauge-bedecked designs, and personalisation is encouraged at the store. Knot’s ‘custom-made’ option can be performed by customers themselves, with no tools required: simply select a combination of watch and strap, and you’re good to go. 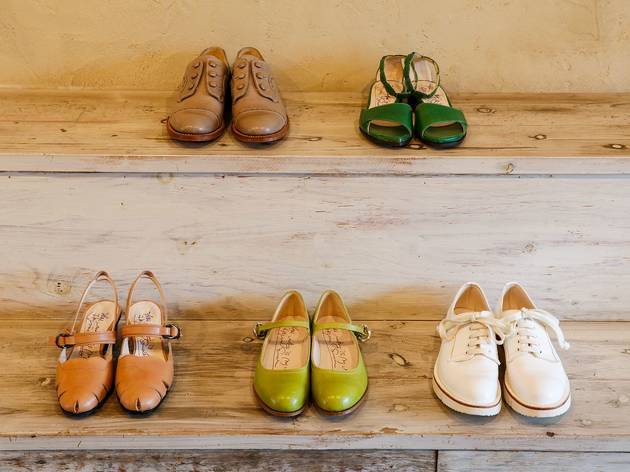 Sonomitsu, a maker of ready-to-wear and bespoke leather shoes founded by designer Hajime Sonodo in 1998, takes an unhurried approach appropriate for the tranquil Yanaka neighbourhood, where the brand’s atelier and only shop are both located. Sonodo, who personally signs the insole of each completed pair of his men’s and women’s shoes, learnt his craft by building his own business and learning from the craftsmen he hired. He brings the know-how gained from this to a uniquely elegant collection of shoes that draws upon classic silhouettes, yet doesn’t shy away from experimentation.

Everything is done by hand, from design to last-making, sewing and finishing, and fittings are a pleasant experience thanks to the warmly inviting air of this gallery-like store. Ready-to-wear styles start at around ¥37,000. 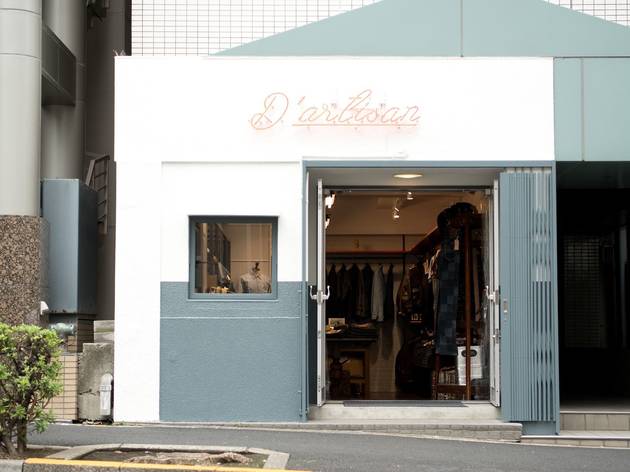 Amongst jeans aficionados it’s almost universally agreed that the best Japanese brands now produce this typically American garment to a higher standard than anybody in the US. Japan began sewing up the high-end denim market with the late 1980s rise of the ‘Osaka Five’, a clutch of Kansai-based labels that revived techniques elsewhere abandoned in favour of mass production, and prominent amongst this bunch was Studio d’ Artisan.

Represented in Tokyo by this Ebisu store, the brand was the first in Japan to combine shuttle loom weaving, which creates the fabric’s selvedge (or ‘self-edge’) visible when you roll up the jean cuff, with a process known as ‘hank dyeing’. The process, which takes many days to complete, creates a deeper hue than other methods while retaining the cotton’s natural softness. Studio d’Artisan’s popular SD-101, a straight-legged, regular-fit pair of jeans, sells for ¥23,980.

There’s humour at work amidst all the earnest artisanal workmanship: jeans feature a pair of pigs on the rear patch, with the porcine duo also appearing on tees and sweats. The shop even has a vintage, US-made sewing machine on hand, to give alterations an authentic ‘chain stitch’ that modern machines can’t replicate. Cult label Loopwheeler is single-mindedly focused on perfecting a deceptively simple garment: the humble sweatshirt. Disappointed with the quality of modern mass production, founder Satoshi Suzuki tracked down an original, decades-old Tsuriami loopwheel knitting machine. The result is a supremely soft and comfortable garment that has garnered a cult following. Moreover, Loopwheeler is a longstanding favourite of fashion industry insiders, regularly collaborating with brands such as Supreme, Nike and Margaret Howell.

You'll find one of the aforementioned vintage knitting machines, from which the label gets its name, inside a museum-like display case. Loopwheeler’s unisex sweats and hoodies are not cheap (a basic crew-neck sweatshirt costs around ¥15,000), but they’re proven to last and age beautifully. 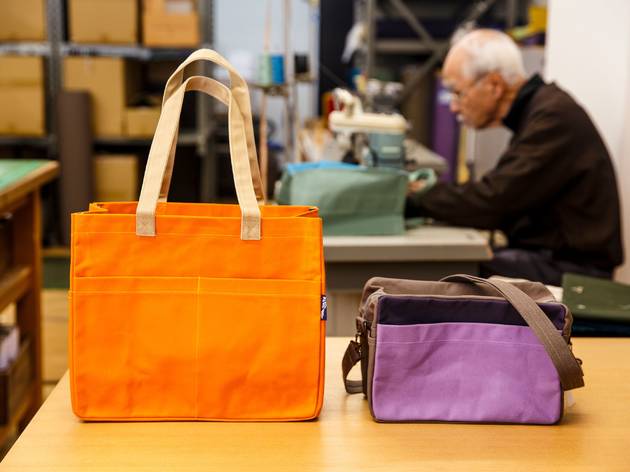 Some of the toughest bags to be found in Tokyo come from Hosono, a storied local manufacturer famed among outdoorsy types for supplying gear to Antarctic explorers. Operating from a sole shop in Nihonbashi, Hosono is run by a descendant of the man who established the company in nearby Kanda way back in 1912. Hosono products, which are designed to last a long time, owe their durability to the use of ‘sail cloth’, a heavy-duty, paraffin-treated fabric used for boat sails, combined with a manufacturing process largely done by hand.

These bags are surprisingly affordable, with rucksacks priced from ¥16,500. Colour options are extensive: most items are available in a choice of 18 hues that includes lavender and a ‘wasabi green’, as well as the more typical military olive and sand shades. The Hosono workshop is adjacent to the store, and customers are invited to pop in and take a look. 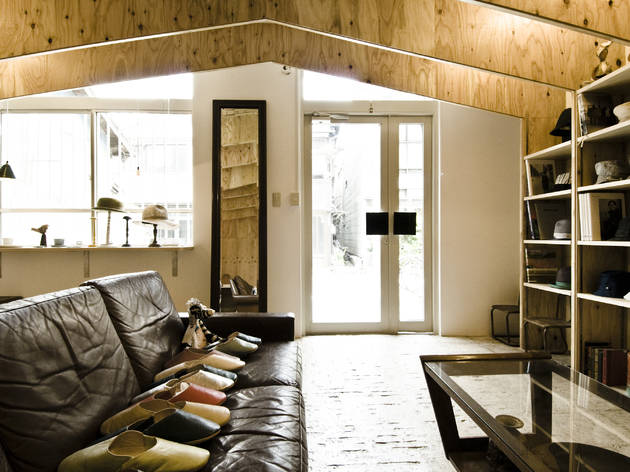 This cosy atelier-shop in Tokyo’s Sendagi district was opened by Gris Uchiyama to showcase the chic range of headwear she designs and makes single-handedly on the premises. The women’s and men’s collections are arrayed across wooden shelves that combine to form the same ‘house’ shape used in CAG’s logo.

Grab a couple that take your fancy, then park yourself on the leather sofa to try them on. Should your favourite need a change of colour or fabric, or another tweak to make it just your style, Uchiyama offers a semi-order option, with a turnaround of between two weeks and a month and a half. Off-the- shelf hats are priced from around ¥14,000. 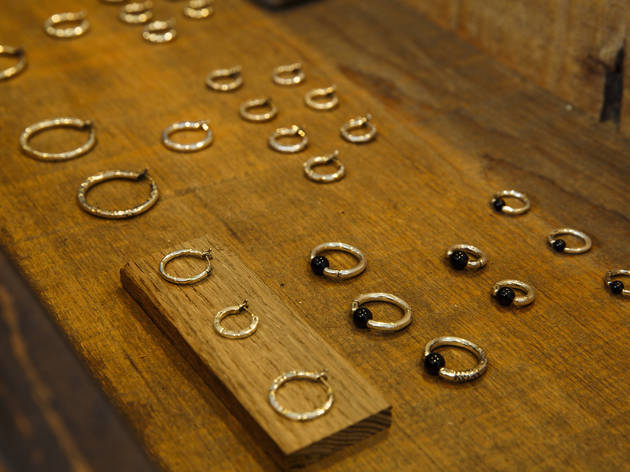 At this bijou workshop and store located a quick stroll from the Nakameguro riverside, local brand Vivify creates what it calls ‘urban craft jewellery’: predominantly silver accessories with a distinctly handmade feel. The natural wood-lined atelier and shop space has a counter spanning most of one wall, behind which a jewellery maker can often be observed at work. Outside, a terrace complete with seating and cacti offers space to relax and contemplate your purchase.

Silver aside, Vivify’s designs also utilise other materials including gold, glass, stones and beads, with the collection encompassing earrings, body piercings, rings, bangles, bracelets and more. Rings start at around ¥5,500, with necklaces ranging from a couple of thousand to about ¥50,000. 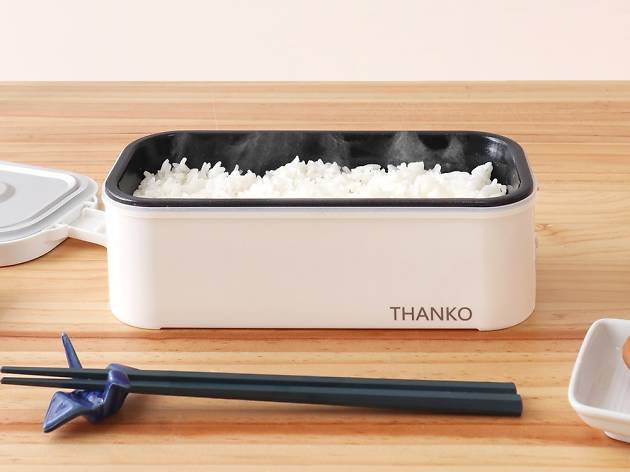 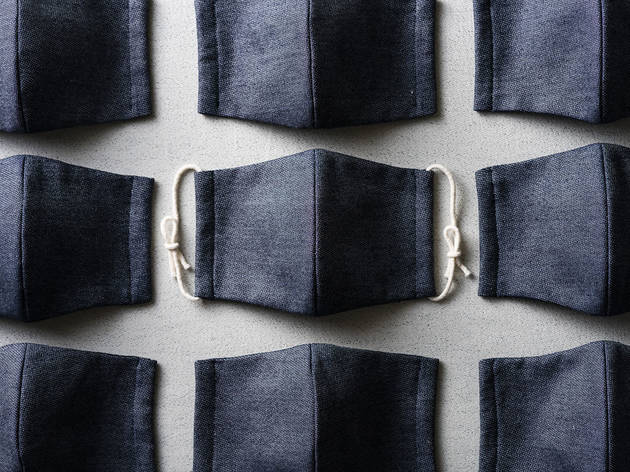 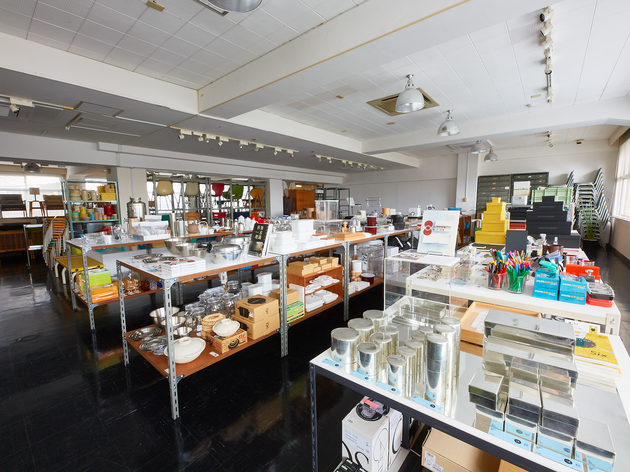 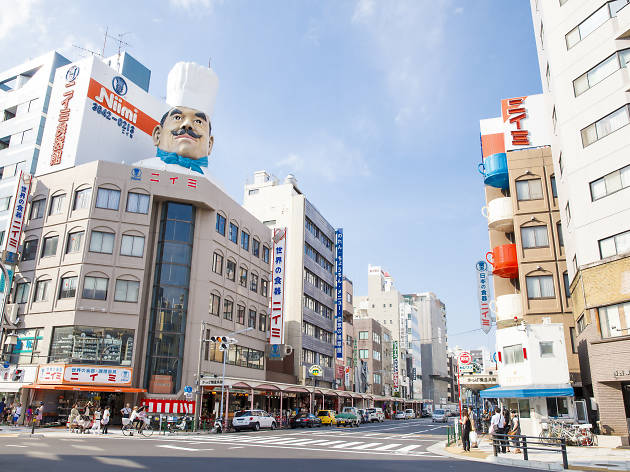 Kappabashi Kitchen Town has all your cooking needs, from Japanese knives and crockery to plastic food models and more 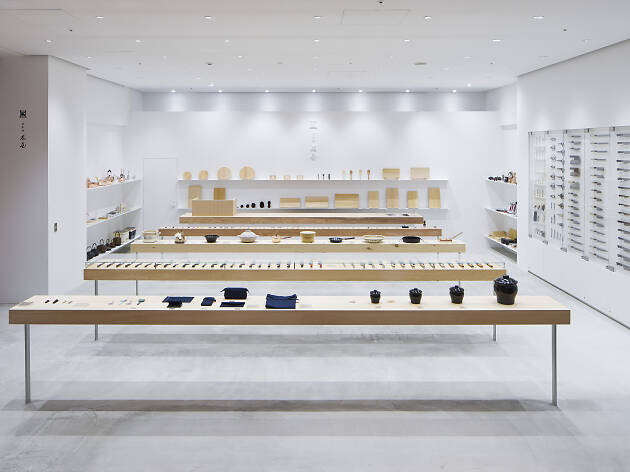