The mixologists behind Find the Locker Room push the boundaries of cocktail creation at their new venture.

There’s a saying in Thai that “‘two tigers can’t be in the same den”, which basically means that two dynamic people can’t coexist in the same place. But that’s not the case for the duo behind Bangkok’s newest cocktail bar Mahaniyom.

Find the Locker Room’s Ronnaporn “Neung” Kanivichaporn and Chennarong “Janz” Bhumichitr have recently launched a stylish new drinkery on the second floor of Thai fine-dining restaurant 100 Mahaseth. The duo explains that the name Mahaniyom (which directly translates to “very popular” in Thai) refers to the popularity of 100 Mahaseth’s Chef Chalee Kader and Chef Chaichat “Randy” Nopprapa of Fillets, who both created a food menu for this new venture.

What immediately strikes one’s attention upon first stepping into Mahaniyom are the Rococo-style interiors, which give a fun twist to traditional Thai decor such as those ubiquitous triangle pillows and wooden furniture. A huge fluorescent piece depicting two tigers hangs on one of the walls, representing both Neung and Janz’s belief in the powerful symbolism of the fierce feline.

Drinks-wise, Mahaniyom presents the concept of resourceful cocktails, which involves the use of every part of one ingredient—flower, leaf, fruit, flesh, root, juice—to create a single concoction. There are a total of 12 signature cocktails, each one named after its main ingredient.

Pineapple (B390) is a gin-based cocktail with many tricks. Pineapple peel is fermented to make a Mexican-style pineapple tea called tepache, whereas the remaining parts are dehydrated and soaked in vermouth. Meanwhile, the juice of the fruit is combined with green peppers to make cordial. All of these ingredients are then mixed with gin that has been infused with sour Vietnamese coriander.

Pomelo (B390) is another impressive tipple that boasts the all-around use of the big-size citrus fruit. The addition of chili gives this rum-based drink a spicy zing.

Those with adventurous tastes can try the bar’s savory cocktails—if they dare. The vodka-based Squid (B390) mixes mirin and ginger cordial with tomato juice that’s been infused with dried squid. Wait, there’s more—squid ink is used to top the drink. Cow (B390), on the other hand, has homemade brandy that has been processed with 100 Mahaseth’s Jasmine Wagyu using the fat wash technique. This intriguing concoction also mixes in mulberry red wine, miso paste and brown butter stir-fried with black pepper. (Think of it as drinking liquid steak.) Oh, we almost forgot—the cocktail is also served with a thin slice of blue cheese to push its many flavors to the limit.

Many other interesting cocktails and small nibbles await at Mahaniyom Cocktail Bar, which is now open at the Si Phraya branch of 100 Mahaseth (not the Ekkamai one) from Tuesday to Sunday, from 17:00 onwards. 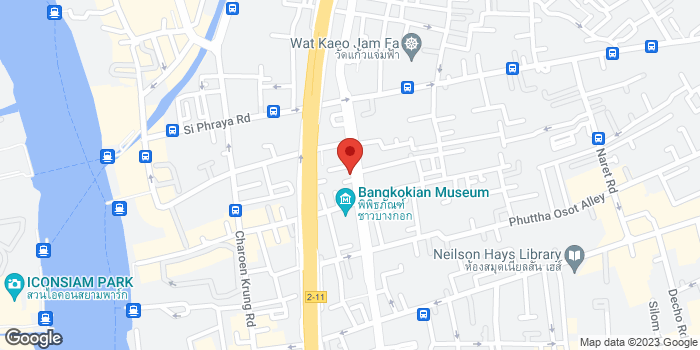