ICONSIAM isn't the only thing that’s making Thonburi so cool this year. 2018 also marks the 250th anniversary of the district, fleetingly considered Siam’s old capital between 1767 and 1782.

We celebrate the occasion by taking you to where it all started. Explore the snaking alleys and winding roads of the old town, and make your down Pran Nok pier to Wat Kalayanamit pier to discover the many gems Thonburi has to offer. 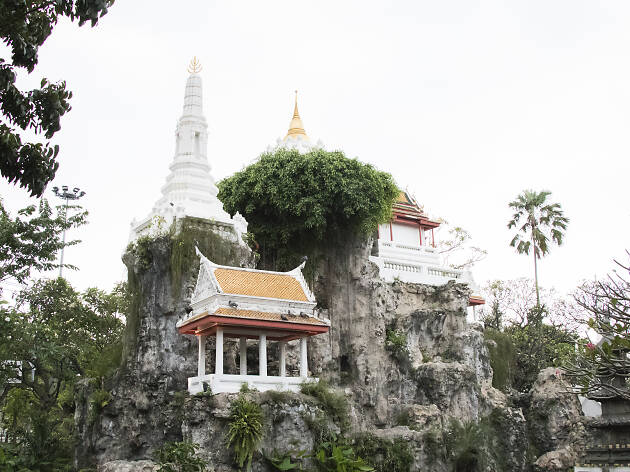 Wat Prayoon’s khao mor (a manmade mountain usually found in the old gardens of Siamese royals and nobles) is one of the most elaborate of its kind in Bangkok. 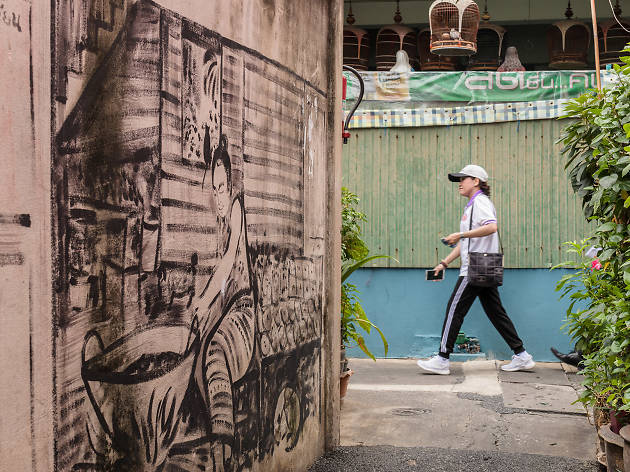 In 1767 (BE2310), a few months after the destruction of Ayutthaya—the former capital of Siam—King Taksin established the new capital city of Thonburi on the west bank of the Chao Phraya River. The monarch also allocated pieces of land to different communities, including one called Kudejeen to a small Portuguese community. 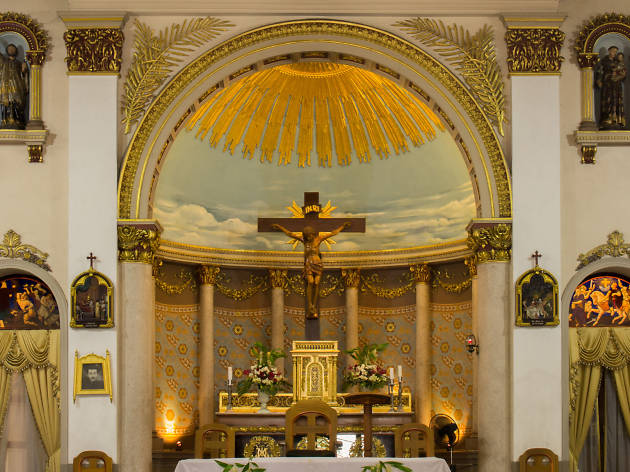 One of the oldest Catholic churches in Bangkok, Santa Cruz Church was built in 1770 to cater to the religious needs of foreigners living on the west bank of the Chao Phraya. 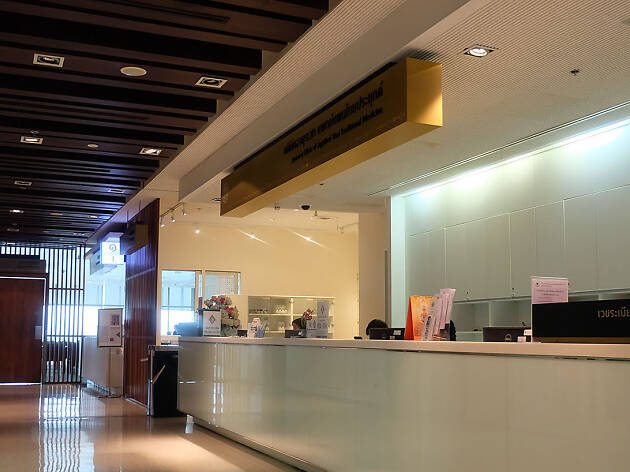 Siriraj Sappaya Sthana for Health Promotion on the seventh floor of Siriraj Piyamaharajkarun is dedicated to the science of applied Thai medicine and therapeutic treatments, it also provides wellness and spa services such as Thai massages and herbal body scrubs. 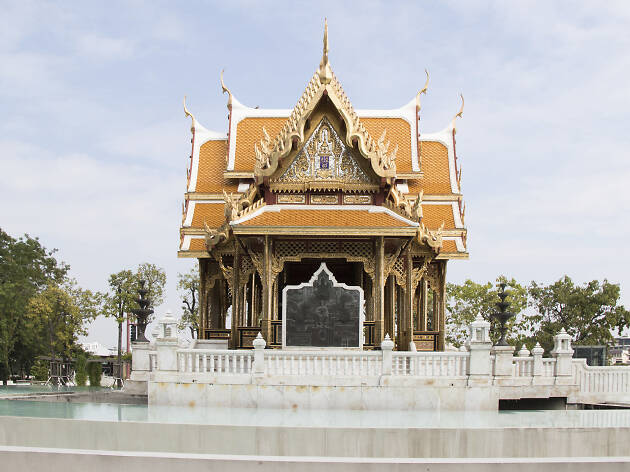 The grounds of Siriraj Piyamaharajkarun Hospital, the new annex of Thailand’s oldest public hospital, used to house Thonburi’s main train station—and the Siriraj Bimuksthan Museum, also housed within the Siriraj Hospital, is an effort to pay respects to this former transportation hub. 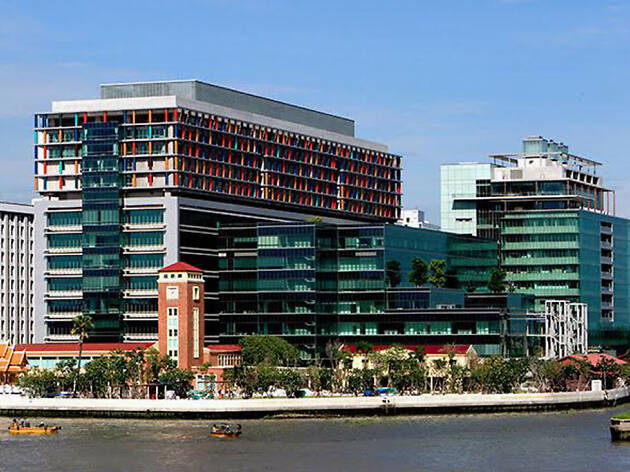 If the Bangkok side of the Chao Phraya has Bumrungrad, Thonburi has Siriraj Piyamaharajkarun, a private hospital that comes complete with world-class medicine and luxurious facilities. 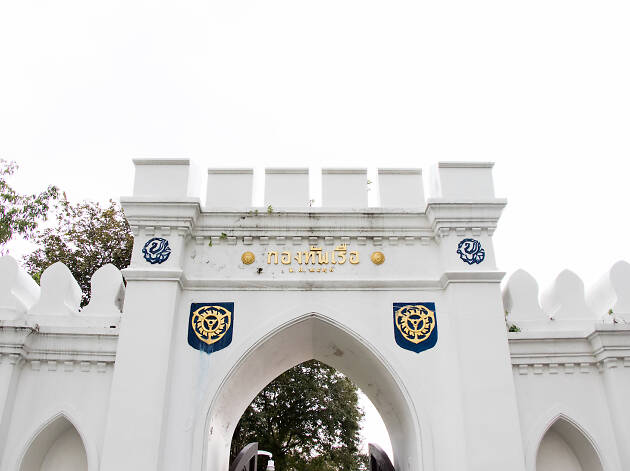 When Thonburi served as the capital of Thailand, Wang Derm Palace was the permanent residence of King Taksin (the first and only ruler of the Thon Buri period), the same way the Grand Palace has served Bangkok kings of more recent times. 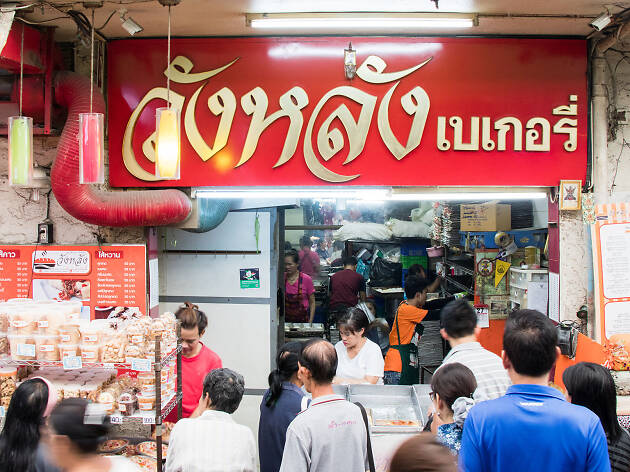 The area is known for its cheap street eats, and is frequently packed with hungry locals and intrepid tourists looking for off-thebeaten- track culinary experiences. 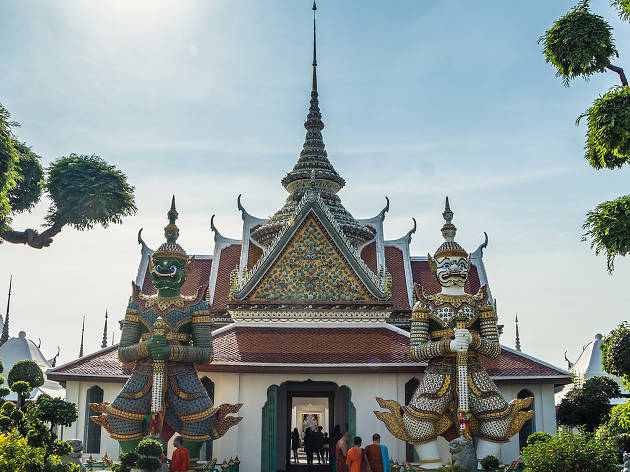 Seen on the TAT logo and 10-baht coin, this five-spired landmark has been known as the 'Temple of Dawn' ever since the soon-to-be King Taksin landed by the then Wat Magog at sunrise in October 1767. 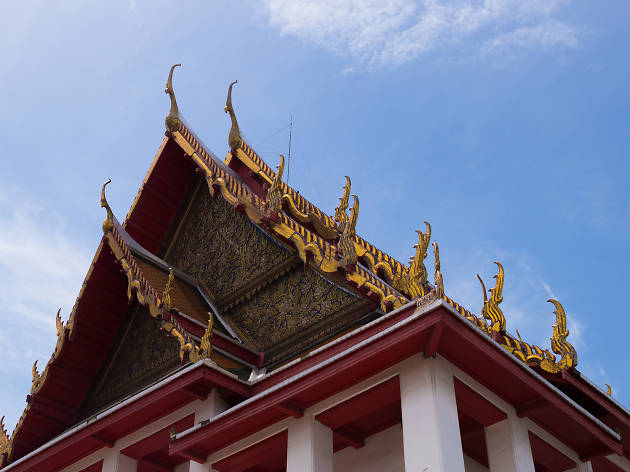 Built in the reign of King Rama III, this temple is where locals go to pay their respects to the Luang Poh Tor or Sum Por Kong statue, and pray for safe travels and good relationships.

Rarely visited by tourists, the temple (also called Wat Prayurawongsawat) was built during the reign of King Rama II and features a centerpiece pagoda that was given the UNESCO Cultural Heritage Conservation Award of Excellence in 2014. 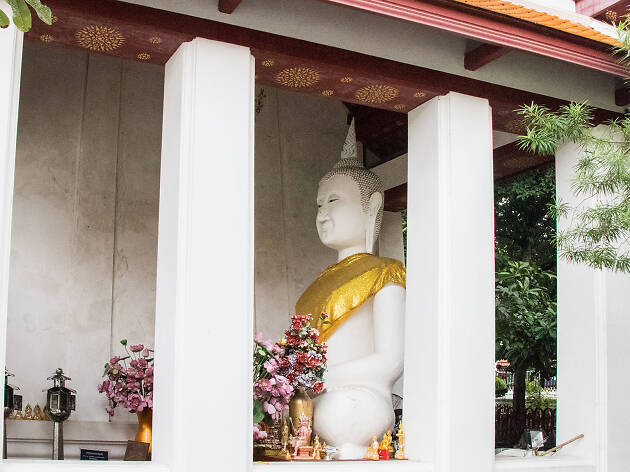 Wend your way through the busy Wang Lang market to find yourself at Wat Rakhang Khositaram. 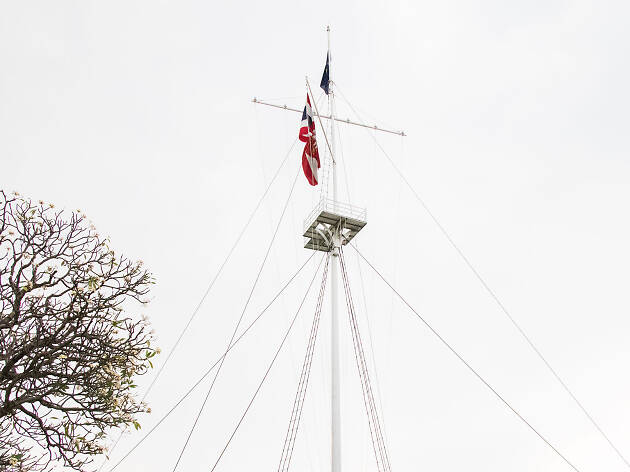 Wichaiprasit is Bangkok’s oldest fort, with a history dating back to the glorious Ayutthaya kingdom.

Where to eat and shop in Thonburi 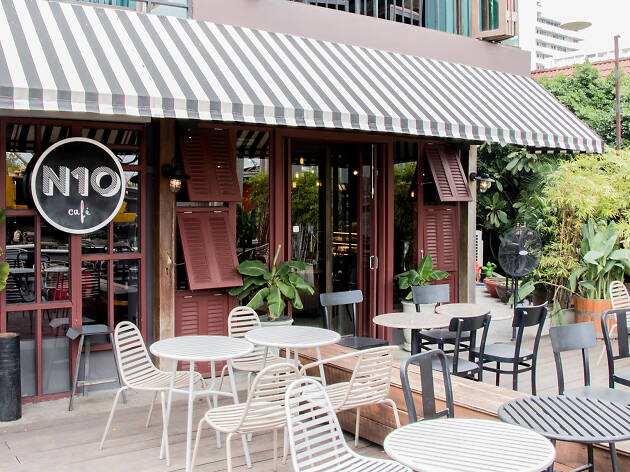 Located in Baan Wanglang Riverside hotel, N10 Café is the perfect pitstop for ice-cold caffeinated drinks and decent bakery selections. The café overlooks the river, but when we visited, the view of Chao Phraya was partly obstructed by ongoing construction. 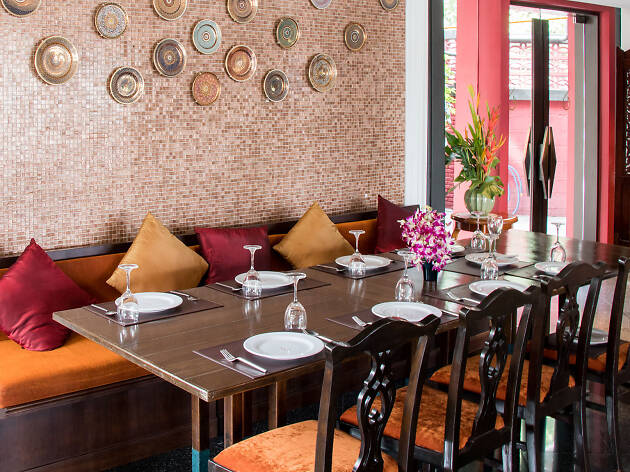 Located along the river, Supatra River House is a famous lunch stop for tourists exploring the Wang Lang area. Traditional Thai dishes make up the menu, including sweet and sour namprik long ruer (hot chili sauce) with sweet pork and flossy fried catfish (B270), and larb salad with five-spiced duck confit (B290). Try to secure a table at the smaller building to take in views of the bustling Chao Phraya river along with your meal.

The Chao Phraya River divides Bangkok into two sides: Thonburi and Bangkok (or Phra Nakhon, as it was once called). Before Bangkok, there was Thonburi. After the collapse of the Ayutthaya Kingdom in 1767, General Taksin herded the Siamese down to the west bank of the Chao Phraya, where he established the kingdom’s new capital called Thon Buri Si Mahasamut and established himself as its new king. Thonburi remained the capital for 15 years until Rama 1, the first monarch of the current Chakri Dynasty, moved the capital to the east side of the river and established Bangkok. (The transition involved a bit of drama. Google can tell you all about it.) Thonburi and Bangkok were two different cities before they were merged into a single unit in 1971.