Looking for great, outside-the-box Barcelona walking tours? No matter how easy and convenient Barcelona’s public transport system is, everyone knows that the best way to explore a new city is on foot. Whether you’re an art buff or a history nerd, a foodie or a wine connoisseur, this list is sure to lead you somewhere new. Follow your in-the-know guide to a deeper understanding of Barcelona and you’ll see why it’s so easy to fall in love with this magical city. 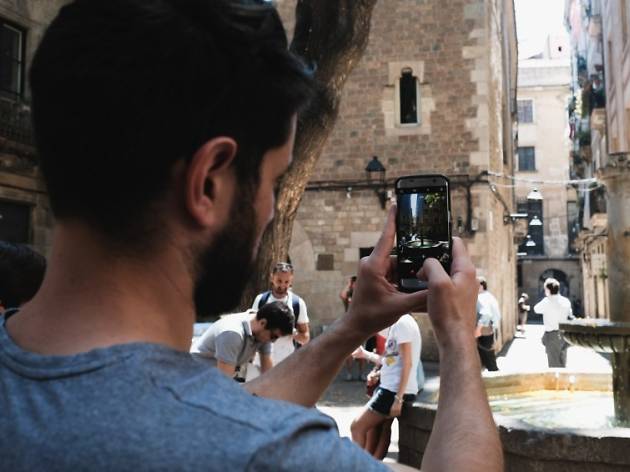 If you want to see Barcelona through an artist’s eyes, these are the tours for you. Maybe you have your sights set on the Picasso Museum, or you can’t wait to step inside Casa Batlló, or your workmate back home wouldn’t stop talking about how amazing the Joan Miró Foundation is. Whatever it is, discover the lives of Picasso, Gaudí and Miró in three separate tours from Walking Planets. Register your group for a specific tour to focus on a single artist, but don’t be surprised if you leave feeling inspired to sign up for the other two. 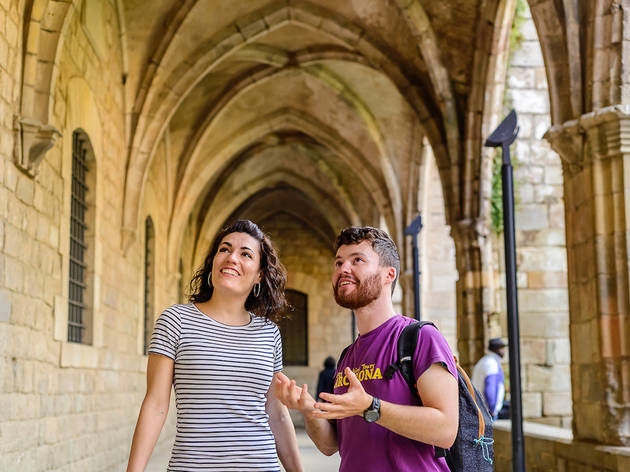 This isn’t your mother’s walking tour of Barcelona, unless your mother frequents red-light districts. Explore the seedy underbelly of the city that existed before saying ‘La Rambla’ conjured images of designer stores, overpriced paella and clumps of overzealous tourists. Follow your Free Walking Tours Barcelona guide’s purple umbrella while walking through the now-flourishing streets of the Raval and learning about the controversial neighbourhood’s history of prostitution, urban art and anarchist rebellions. Be sure to also check out the company’s free tour offerings for days when your pockets are feeling a little lighter. 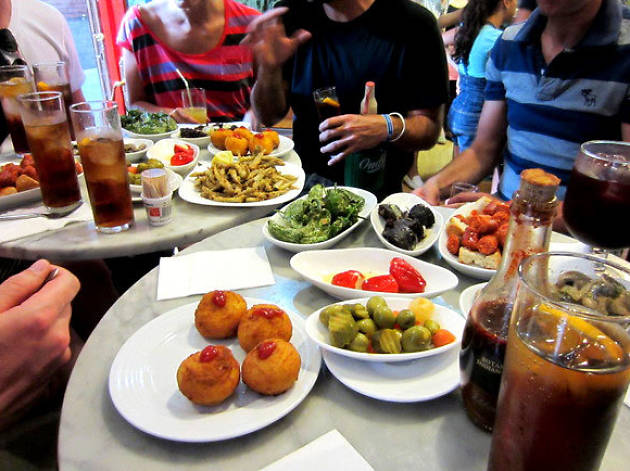 We know tapas originated in Andalusia, but Barcelona locals have borrowed this traditional way of eating and made it their own. These three evening tours from The Barcelona Taste give you a chance to explore three distinct neighbourhoods and show you the wide world of tapas (hint: there’s more to it than patatas bravas, olives and pan con tomate). You can choose to explore the historical Gothic Quarter, the youthful central neighbourhood of Poble-sec or the bustling grid of the Eixample. No matter where you decide to eat and drink, your knowledgeable guide will lead you straight to the local hotspots. 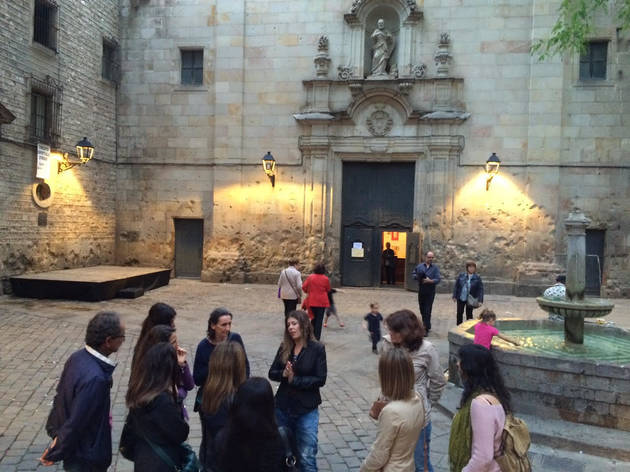 If you came to Barcelona expecting to practise your Spanish, you might be surprised to hear the 'shushes' of Catalan words mixed with Castellano everywhere you go. No need to dig up your fossilized European History textbook to figure out why – this Dreaming Barcelona tour will take you back 300 years to learn about Catalan history and government and give you a basic understanding of Spain’s past and present political system. The route mainly stays in Barcelona’s Old Town, with major stops in the Born neighbourhood and the Ciutadella park. 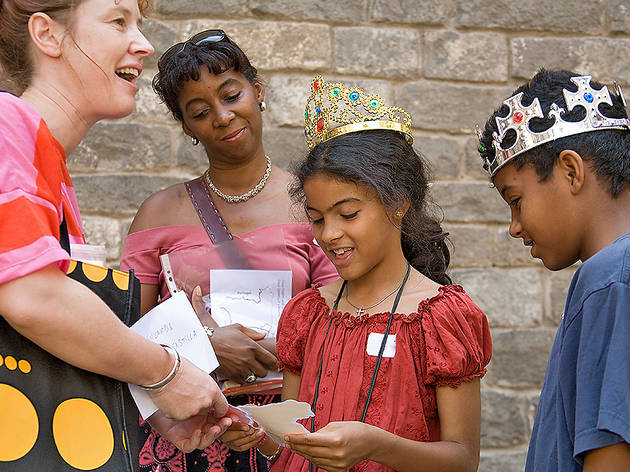 You might find it impossible not to be captivated by Barcelona’s sunny skies, cobblestoned streets and sidewalk vermuterias, but sometimes kids require a little extra effort when it comes to entertainment. If you’re travelling with a child or tween, hop on this tour from Runner Bean which boasts kid-friendly songs, stories and games to accompany the sights and sounds of the Gothic Quarter. Be sure to check the website for seasonal schedules, and don’t forget to bring pocket change for the snack stops along the way.

Price: €16, free for kids under 3 (but tour is recommended for those between the ages of 4 and 12)
Duration: 2.5h
Language offered: English 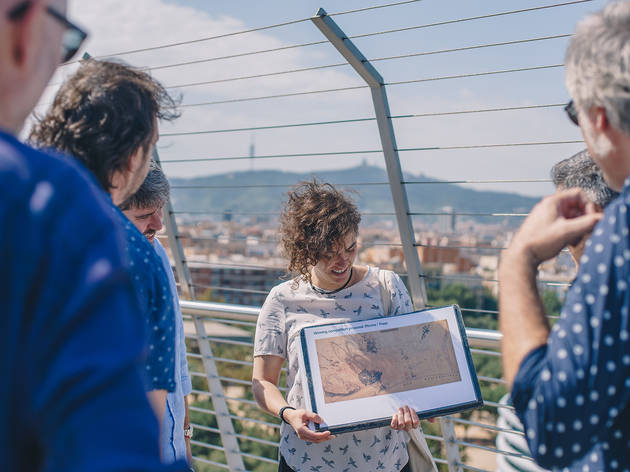 What's better than gazing in wonder at Barcelona's beautiful architecture? Gazing in wonder at Barcelona’s beautiful architecture while guided by a knowledgeable, engaging architect. This particular tour from Barcelona Architecture Walks highlights the beginnings of modern Barcelona and the influence of Ildefons Cerdà’s Theory of Urbanization. That said, if eclecticism or maritime history is more your speed, or if you want to learn more about Enric Miralles or the future of Barcelona’s skyline, go for one of the other tours focusing on Gaudí, or neighbourhoods such as Barceloneta, the Gothic Quarter or Poblenou. 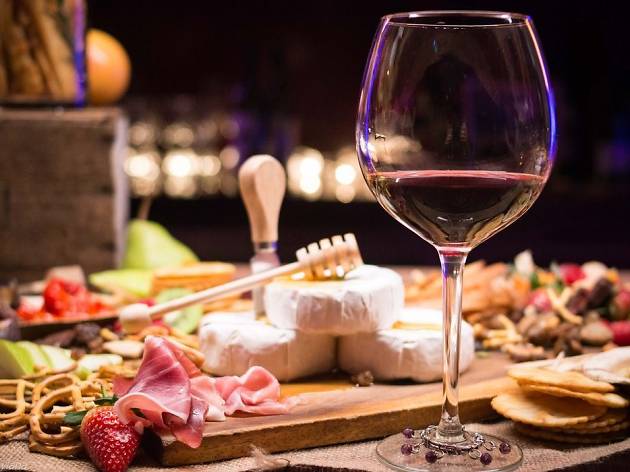 Barcelona is a food-lover’s heaven, but it can be overwhelming to take on the city’s formidable gastronomy scene by yourself. Avoid that anxiety by hopping on this tour with a certified sommelier. Your guide will lead you through an entire meal as you sample tapas and other regional dishes while exploring the neighbourhoods of Poble-sec and Sant Antoni. Whether you’ve never tried cava or can already wax poetic on the difference between wines from Rioja and Penèdes, you’re sure to learn something new and finish the day with a full stomach. Make sure to book in advance, as this tour is capped at 12 people. 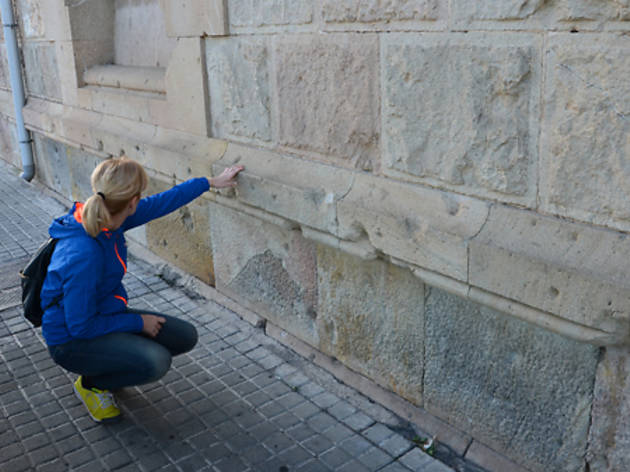 Barcelona is home to a whirlwind of languages, cultures and interesting folks. With all this activity constantly swirling about, it’s easy to forget about the simpler things, like the ground you walk on or the walls of buildings, for example. This tour from Other Eyes will teach you to uncover the city’s history by learning the secrets of stones. Search for scratches on façades, political graffiti and messages left by construction workers on iconic churches while your local guide gives you all the information you need to view this city through fresh eyes. Also check out their other popular tours, such as their night tour and Civil War tour. 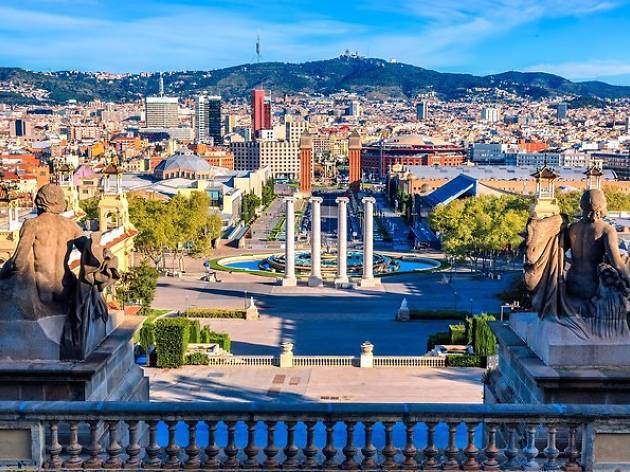 Seen the Sagrada Família but not the Arc de Triomf? Dying to visit the old Jewish Quarter? Obsessed with the fishy storefronts of Barceloneta but tired of La Rambla? Whether it’s your first visit to Barcelona or your fifth, everyone wants to feel like a local. Skip the lines and predictable highlights reels and meet with your Live Barcelona guide prior to your tour to choose your own adventure. 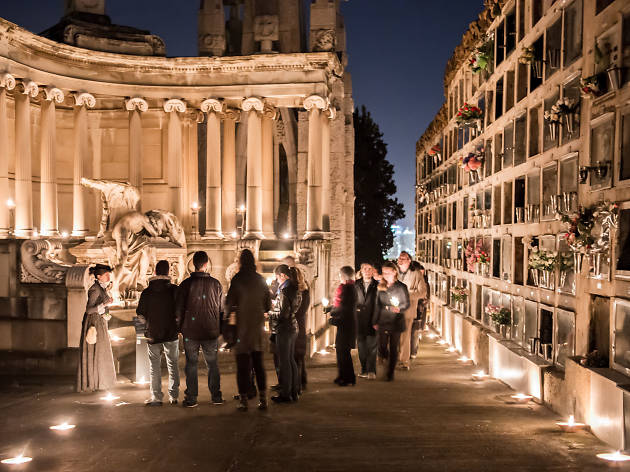 Whether it’s Gaudí, the beaches or the whole load of top-notch restaurants that have drawn you here, walking, cycling or running your way round en grupo is your best bet to really get to know the Catalan capital. Our pick of the best alternative tours in Barcelona packs in all the essential things to do here – a stroll down La Rambla, a quick stop at the Sagrada Família – but also some routes that’ll take you past the traps and off the beaten path.