For every Chicago sports team not named the Chicago Cubs, 2016 was a major let down. The Bulls missed the postseason for the first time in eight years, the White Sox continued to do whatever it is the White Sox do and, despite looking like they could repeat as Stanley Cup champions, the Blackhawks were bounced in the first round of the playoffs by the St. Louis Blues. But Chicago fans aren’t ungrateful and realize there's plenty to be thankful for. We recognize that a city with as much clout as ours will always have something to talk about in the world of sports. So break out the giant foam finger, put on your Robbie Gould jersey and get your head in the game with our list of the biggest Chicago sports stories of 2016. 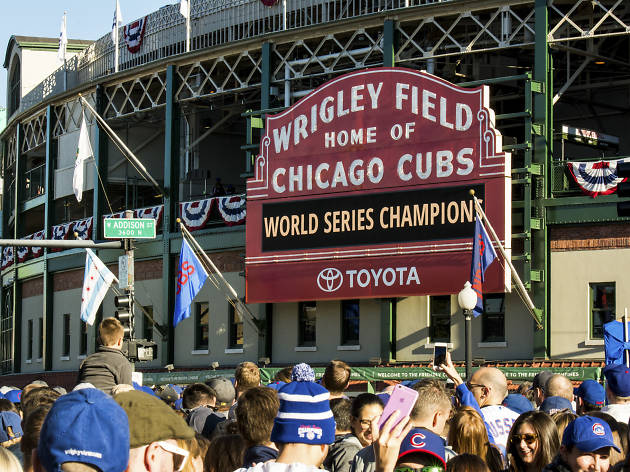 Easily the most significant sports story of 2016 (possibly of the century), the Chicago Cubs extra-innings win over the Cleveland Indians in Game 7 of the World Series was one for the ages. The Cubs' 108-year championship drought was the longest in all of professional sports. After winning the deciding game of the World Series on the road, thousands of ecstatic fans gathered outside Wrigley Field to turn the Friendly Confines into the epicenter of the historic celebration. 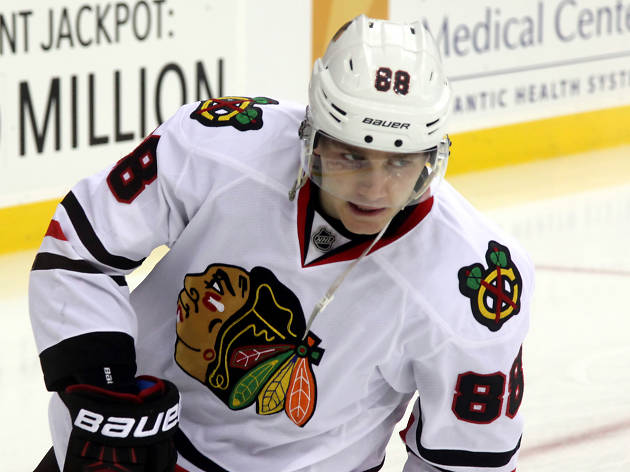 Despite the Chicago Blackhawks' early exit from the 2016 Stanley Cup Playoffs, the team's 27-year-old phenom was able to bring home the National Hockey League's highest individual honor. In June, Patrick Kane became the first player born in the U.S. to win the Hart Memorial Trophy and earn the title of NHL most valuable player. Way to go, Kaner. 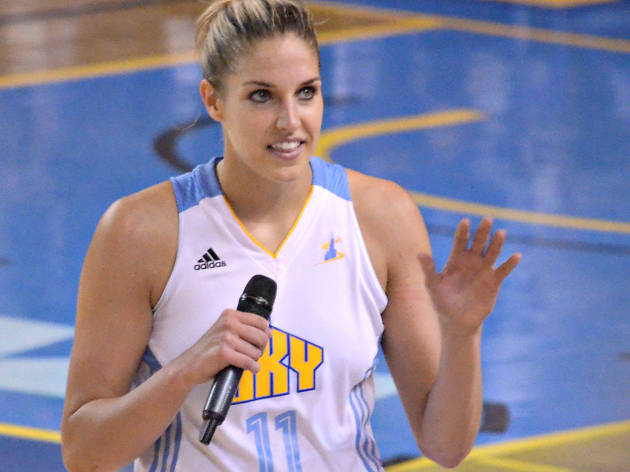 Chicago Sky forward Elena Delle Donne's story was a great moment for gay and lesbian athletes in a year that was often marred by bigotry. In August, Delle Donne announced her engagement to girlfriend Amanda Clinton, marking the first time the WNBA star publicly acknowledged her sexual orientation. To make this story better, Delle Donne helped the U.S. women's basketball team win the gold medal at the Rio 2016 Olympic Games. 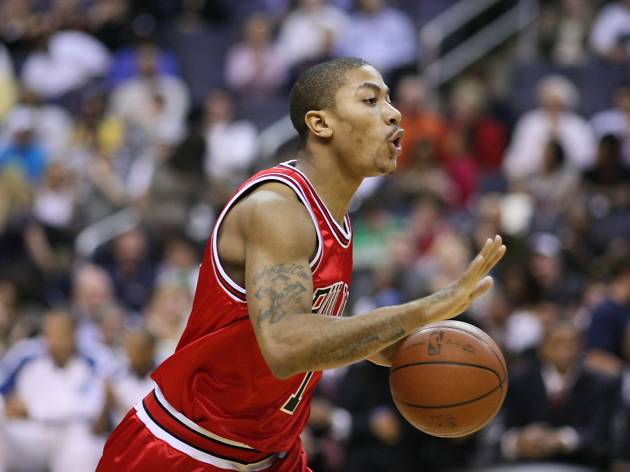 The Bulls drafted Joakim Noah in 2007 and Derrick Rose in 2008, and all of a sudden the baby Bulls were starting to grow up. Rose won the Rookie of the Year and MVP awards, Noah screamed and thrashed his way to Defensive Player of the Year, and the Chicago Bulls were finally back! Then, Rose broke his knee, sat out a year, broke his other knee and said some weird stuff about retirement; Noah lost a step (and a foot); and the team missed the playoffs for the first time in years. In response, the Bulls traded Rose to the New York Knicks and cut ties with Noah. Although they didn't help Chicago win a championship, they did bring the city some spectacular moments on the court. And because of that, their departure rattled Bulls fans. 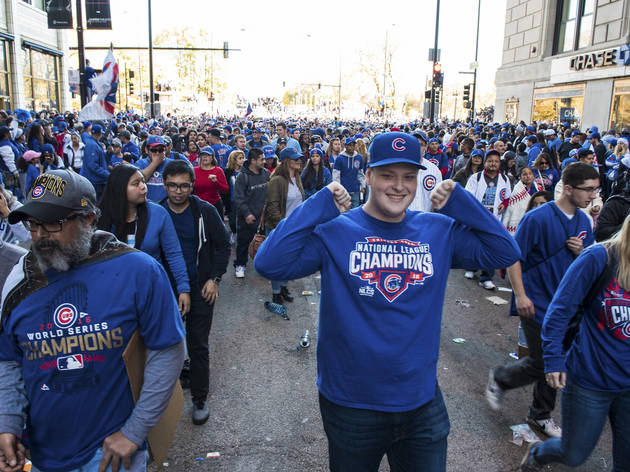 If the Cubs' World Series win earned the top spot on this list of noteworthy Chicago sports moments, the resulting championship celebration was sure to crack the top 10. An estimated 5 million people came out to celebrate the historic moment, packing Wrigleyville, the Magnificent Mile and Grant Park for the team's victory parade and rally. 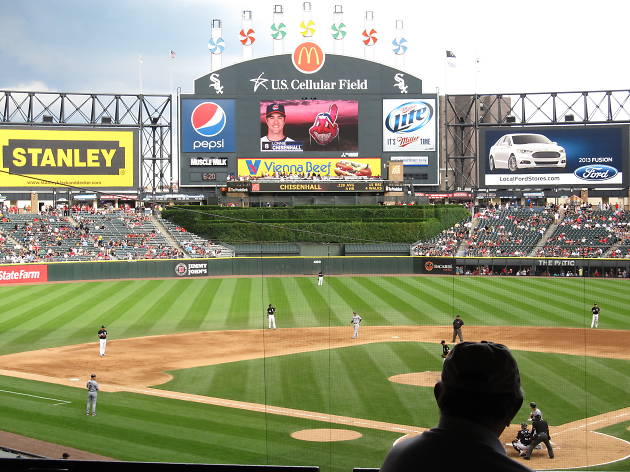 Just as South Side fans were starting to get used to "U.S. Cellular Field," the White Sox sold the naming rights for their ballpark to mortgage loan company Guaranteed Rate. Beginning on November 1, the home of the Chicago White Sox officially became Guaranteed Rate Field. Fans, who never stopped calling it Comiskey Park, were nevertheless pleased with the number of possible misnomers they could begin applying to the unfortunatly named stadium. 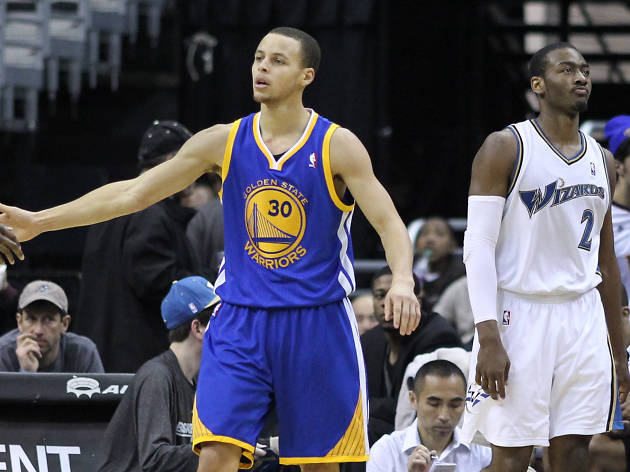 Chicago Bulls fans have been in basketball hell for the better part of a decade. Still, they could always hang their hats on the fact that 20 short years ago their team was the best of all time. The '96 Bulls have long been considered one of the greatest teams in NBA history, finishing the season 72-10 and setting the record for most wins in a regular season. But in 2016, Bulls fans lost their sports-argument trump card after the Stephen Curry-led Golden State Warriors one upped Michael Jordan's historic Bulls team. Golden State won 73 games last year and earned the title of greatest regular season team. 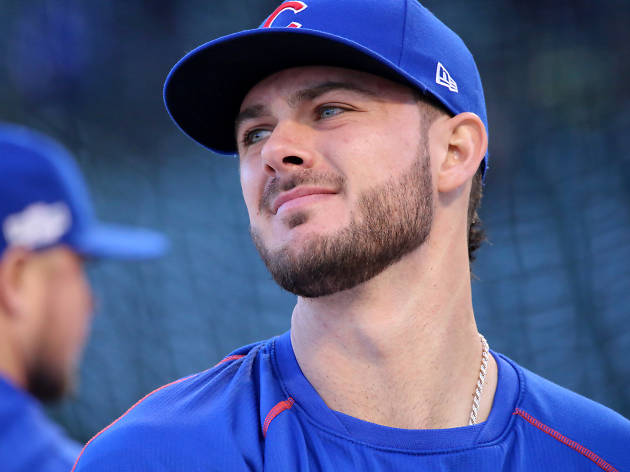 It just kept getting better for the Cubs after their historic season came to a close. Several weeks after winning the 2016 World Series, Chicago Cubs third baseman Kris Bryant was named the National League MVP. Bryant received a near unanimous vote by the Baseball Writers' Association of America, making the Cubs' star the only player to win the Golden Spikes Award (top collegiate player), Minor League Player of the Year, Rookie of the Year and be an MLB MVP award in four consecutive seasons.

Since 2010, Chris Sale has easily been the best thing going for the Chicago White Sox. The lefty ace was a true superstar, and he gave the South Siders more than a glimmer of hope everytime he took the mound. But despite all that talent, the White Sox didn't win a thing during the Sale era, and the team ultimately decided to part ways with their ace starting pitcher in early December. 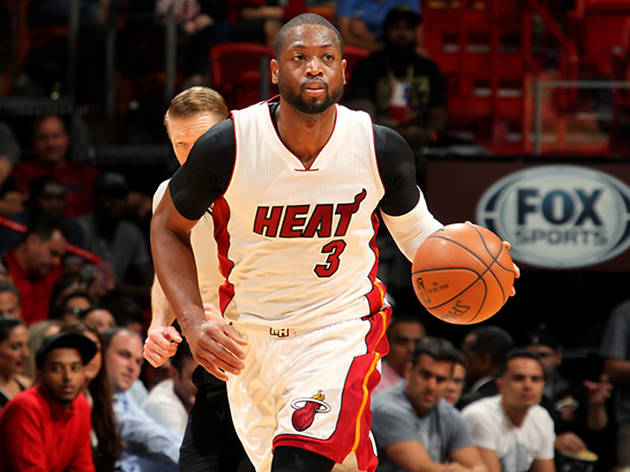 In 2016, the Bulls replaced one hometown hero with another. But while Derrick Rose spent his prime years in Chicago, Dwyane Wade returned in the autumn of his career. The Chicago native was drafted fifth overall by the Miami Heat in 2003, and helped the team win three NBA Championships over the last 13 seasons. While Wade's best days are certainly behind him, he is an elite player and a lock for the Hall of Fame. Plus, he brings championship mettle to a team in desperate need of leadership.