Everything you need to know about Istrian olive oil

Istria is often described as the 'new Tuscany', its landscape of rolling hills, picturesque hilltop towns and excellent cuisine easily comparable to the continental Italian region. This tag is now slightly worn out, but it remains true that Istria’s many charms and gastronomic delights do easily rival those of Tuscany’s. Especially its exceptional olive oil.

Olives have been cultivated on the Istrian peninsula and pressed for their precious oil since Roman times. The 1600-year-old olive tree on Veliki Brijuni island, off Istria’s south-west coast, is a testimony to this long tradition, as are the ancient terracotta amphorae once used to transport and store the oil, which lie on display in the cellar of Pula's Roman amphitheatre.

Despite this long tradition, Croatia is often overlooked as an olive oil-producing country. The quantity of olive oil it produces represents only a small drop compared to Spain, the world's largest producer. But Istria, which happens to be the Mediterranean's northern-most olive growing region, is now firmly on the olive map thanks to growing international recognition for its high-quality extra virgin olive oil.

Istria has been named 'Best Olive Oil Region' by the 2019 Flos Olei olive oil guide, an honour the region has enjoyed for the fourth year in a row. The 2019 edition of this influential guide lists 79 top Istrian olive oil producers.

Most Istrian olive oil makers are small, family-run outfits producing very limited quantities of this 'liquid gold'. Though they can't compete with the quantity made by bigger Italian or Spanish producers, they make up for this by making truly exceptional oils, many of which are organic. In recent years Istrian producers have been collecting a growing number of international awards for their extra virgin olive oils. Out of the 40 Croatian oils that won awards at the 2018 New York International Olive Oil Competition, 29 were from Istria.

Another marker of its high quality is the official appellation 'Istrian extra virgin olive oil' which is already protected at the national level since 2015 and will soon receive Protected Designation of Origin (PDO) status at the EU level. This guarantees that all stages of the production process, from cultivation to processing and bottling and packaging, takes place in Istria.

What's unique about Istria's olive oil is its delightfully fruity green notes and the pungent, peppery effect it has in the throat: a sure sign it's high in polyphenols – chemical compounds full of healthy antioxidants. While common Italian olive varieties like leccino and frantoio also grow here, Istria has plenty of its own native cultivars like Istarska bjelica, buža, rošinjola, karbonaca and žižolera, to name just a few.

Quality is also influenced by the production process. Olives are picked early: just as they're starting to turn purple – this is essential to preserve their high polyphenol content - and then pressed within 24 hours using modern mechanised mills.

Much like wine tourism, olive oil tourism is quickly expanding in Istria where signposted 'olive oil routes' point visitors in the direction of local producers where they can sample and buy high-quality oils. Family-run olive farms like Chiavalon and Brist in Vodnjan, south Istria, offer guided tours of their groves followed by a tasting session of their oils. Tucked in the hills near Konstanjica in North Istria is one of the region's most scenic olive groves at B10 Istrian Fusion which has jaw-dropping views of the Mirna valley from its tasting room. Those who want to try their hand at olive picking can join in the harvest in October and November at Aminess Laguna Hotel in Novigrad (producers of the award-winning Vergal oil) as part of a special tourist package.

In 2017, Istria got its own museum showcasing the importance of the peninsula as an olive-growing region. Located in Pula, Museum Olei Histriae (oleumhistriae.com) is an interactive museum dedicated to the 2000-year-old history of olive oil making in Istria. The multimedia exhibits share insights not only into history but also fascinating details like how amphorae were manufactured, the evolution of the olive press and milling process, and even facts about taxes and duties imposed on producers during the Venetian Republic. A visit is rounded off with an expert-led tasting experience of local oils, all of which are available to buy in the on-site shop. 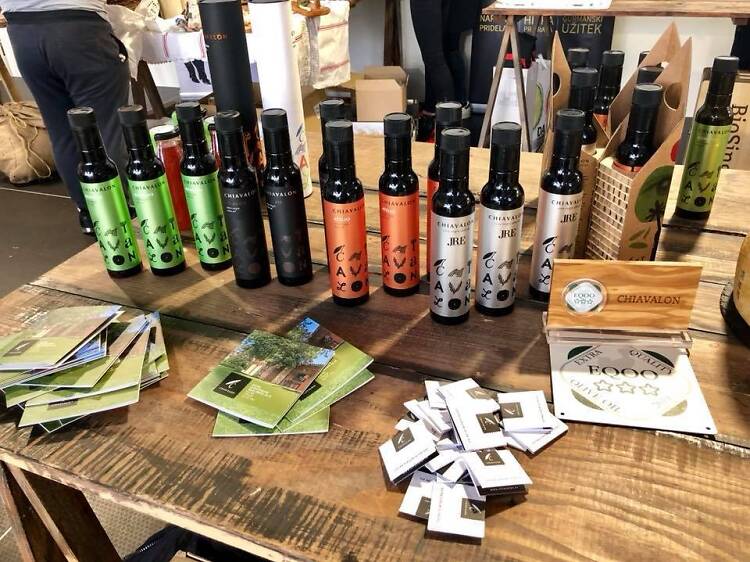 The Chiavalon brothers' high-quality organic oils are on the tables of high-end restaurants across Croatia and are exported across the world. Their Ex Albis oil is a unique blend of five Istrian olive varieties: buža, crnica, Istarska Bjelica, rožinjola and moražola. With a perfect balance of bitterness and pungency (the hallmarks of a quality extra virgin oil), this is an excellent all-rounder. 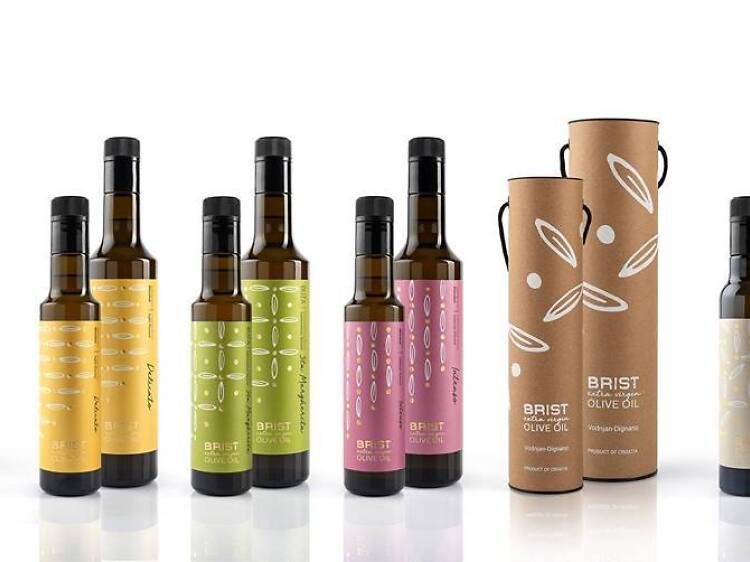 Of Silvano Puhar's range of five extra virgin olive oils produced under the brand Brist, the Exclusive Selection stands out. This limited edition monovarietal oil is made of the Istrian buža olive, known for its intense and pungent flavour, and pressed from olives hand-picked from his family's oldest olive trees which are between 100 and 500 years old. 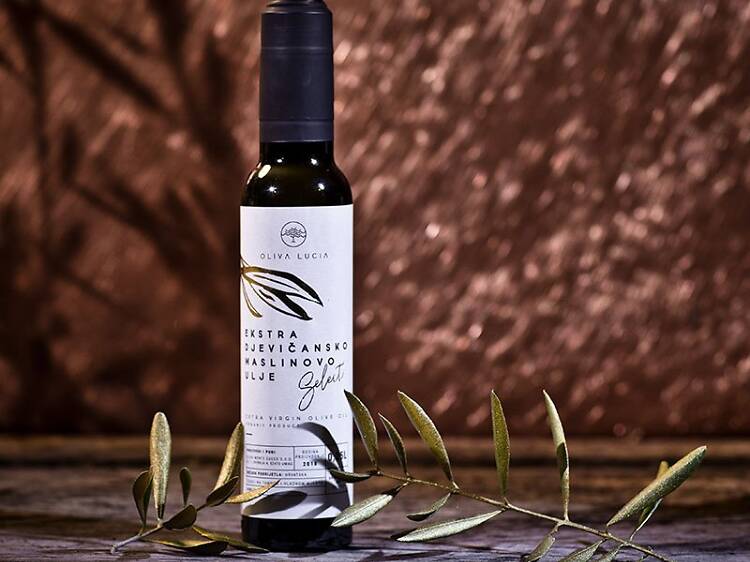 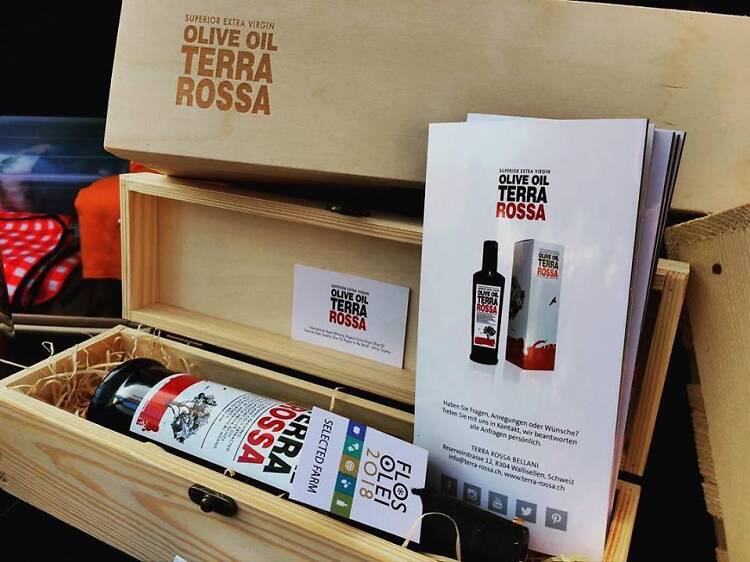 Three generations of the Bellani family work the red soil of their olive farm in the rolling hills of central Istria to produce Terra Rossa. This organic blend of five olive varieties: Istarska bjelica, buža, pendolino, frantoio and leccino makes for a balanced extra virgin oil with a medium intensity that can be paired with most foods. 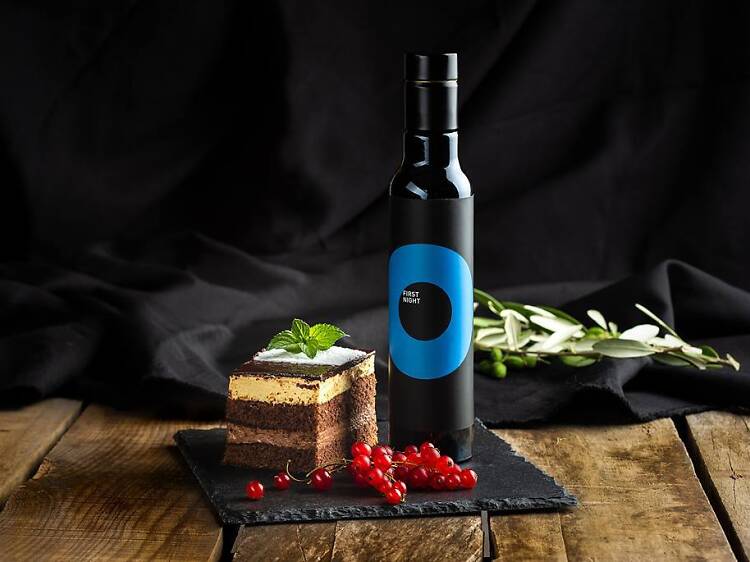 Perched in the hilly landscape of north Istria, above Kostanjica, near the artists' town of Grožnjan, are the groves of B10 Istrian Fusion. Boris and Sanja Galić, a husband and wife team, produce a range of extra virgin monovarietals and blends under the brand name B10 First Night. This year they've introduced a monovarietal made of karbonaca, one of the older local cultivars.