I wasn’t in the best mood when I arrived at Be Urban Wellness; the very limited parking in the WORK@Clearwater building had me on the verge of arguing with the security guard. But all was forgotten the moment the lift opened on Be Urban Wellness, as I stepped into a white, airy, light-filled space that is calm and quiet. A blue-tiled infinity pool skirts the building and I got a good view of KL city centre’s skyscrapers in the distance.

Be Urban Wellness prides itself on being a holistic health and wellness centre, and it operates much like a members’ club (though they do also take walk-in customers). It offers pretty much everything from fitness and meditation classes to slimming, spa treatments, oxygen chambers, facials and new age offerings such as nutrition therapy and bio-scans (an assessment of the energy flows and inner workings of the bodily systems). There is of course a well-equipped gym and yoga room, and both the male and female locker rooms come with their own infra-red sauna, steam room and Jacuzzi.

Most of Be Urban Wellness’s treatments carry a scientific approach, from the state of the art facilities to the staff’s ability to describe how each treatment works and the intended results, so you can be sure that a session here won’t be just about making you feel good and nothing else. This theme carries through to the interior design that is predominantly white with understated decorative flourishing, save the occasional pop of silver or blue. It does come across as a tad clinical but the starkness has an effect of taking you out of the outside world so you can focus on the present moment.

I had two treatments that day, starting with the floatation tank, which I was told would be an experience equivalent to instant meditation. This can be quite surreal; the light in the room dimmed, the white pod opened as blue light glowed from within – I felt like I was in a sci-fi movie. The pod was filled with a highly concentrated Epsom salt solution to create the floatation experience. And I really did float, which was a strange sensation, especially when the light was switched off, taking with it all forms of physical stimuli. In the beginning, I had to consciously ignore the growing restlessness and resist the urge to get out of the pod, but soon I felt myself falling into a state of semi-consciousness.

It’s a difficult experience to put into words, but in that state of weightlessness, I felt as if I was in that weird place between sleep and wakefulness. Random thoughts were flitting in and out of my head but I couldn’t make out what exactly those thoughts were. Later, my therapist explained that I’d made quite an achievement for a first-timer as I did go into a deeper state of calm, and with a few more sessions I could achieve total sensory relaxation. With regular use, this treatment has the ability to stimulate left-right brain synchronisation, eliminate fatigue and improve sleep. Apparently an hour in the floatation tank is the equivalent of a few hours’ of deep sleep.

Next, I moved on to the 90-minute Be Signature Massage I, a deep tissue massage that uses elbows, forearms, palms and thumbs to promote energy flow, release tension and relax the muscles. This oil (a combination of geranium and eucalyptus) massage was just what I needed to relieve the sore muscle knots that had built up from my workouts. It was honestly one of the best massages I’ve had in KL as my masseuse Nida demonstrated an instinctive knowledge of the human body, with very precise, measured pressure.

I ended my three-hour time out from the world lounging by the pool, staring into the distance as the sun set on the city skyscrapers. By then, I had forgotten about my earlier kerfuffle with the parking security. I’m glad I’ve found this space because now whenever the world pisses me off, I know where to recondition myself.

Call ahead so a parking spot can be arranged. Yearly membership RM5,300 (works like prepaid credit, redeemable on services, treatments, gym access etc; member’s price for treatments are up to 50 percent off). For walkin rates, treatments from RM220, Floatation tank personal training from RM100. 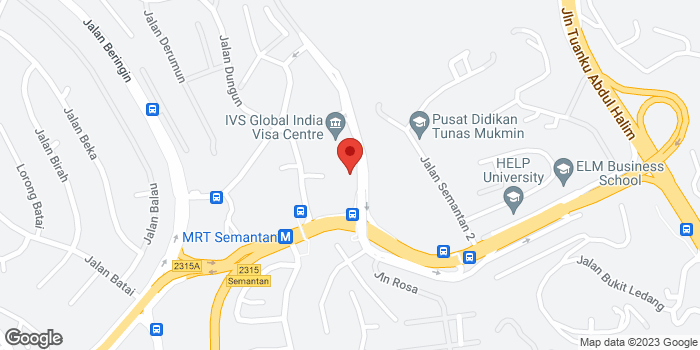