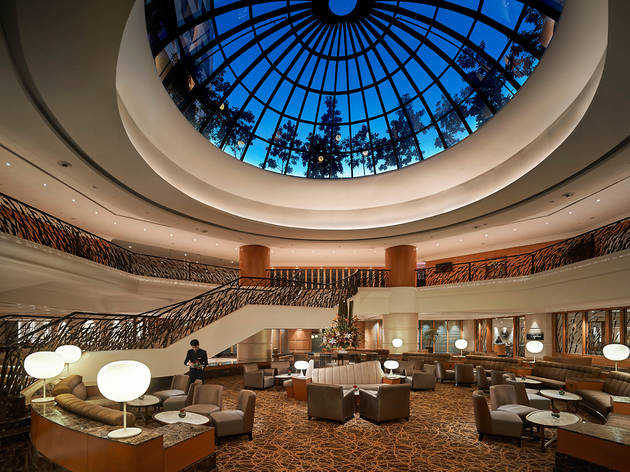 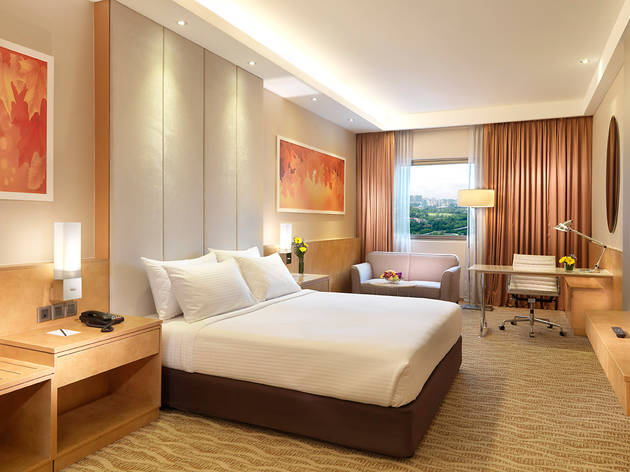 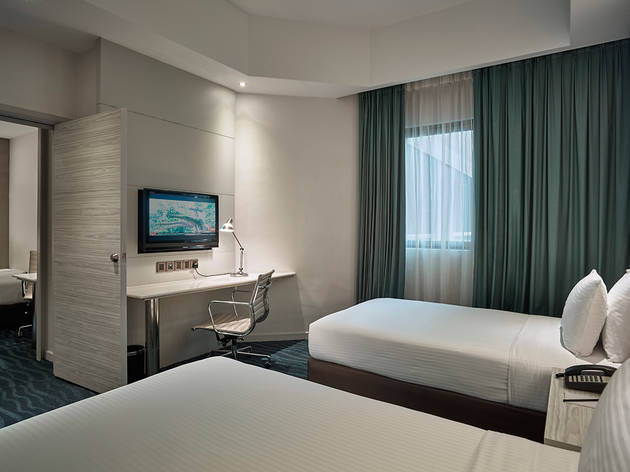 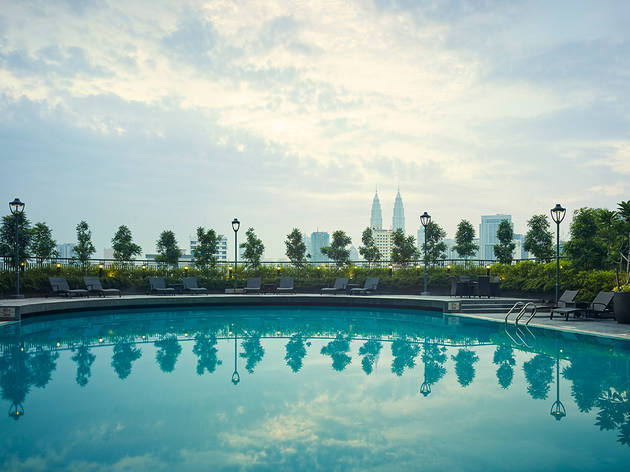 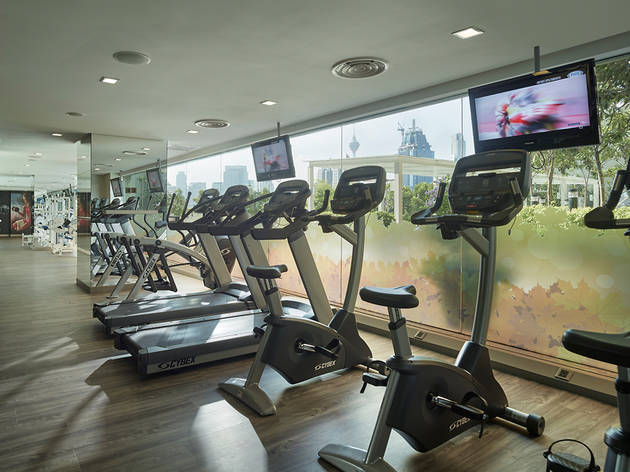 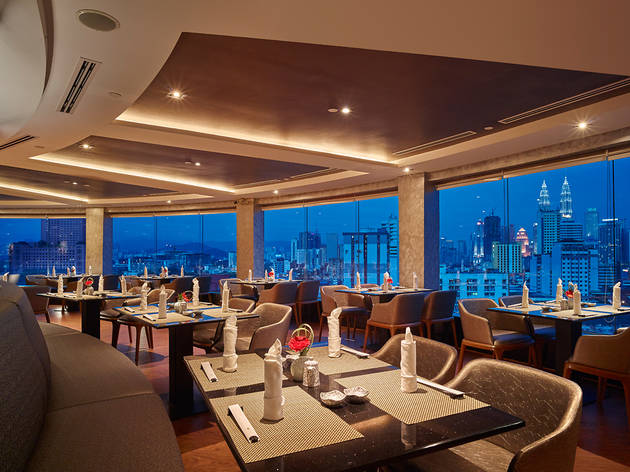 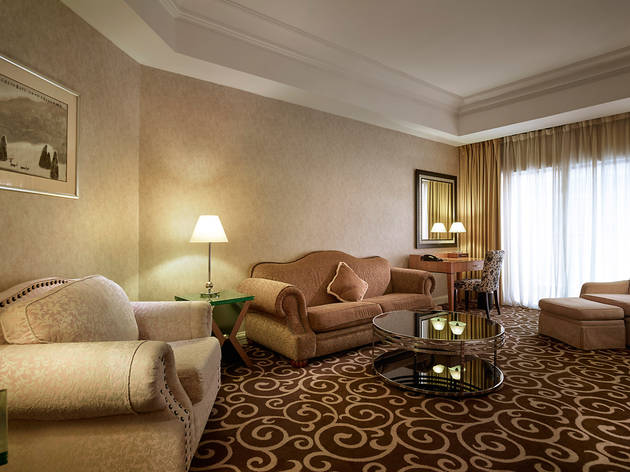 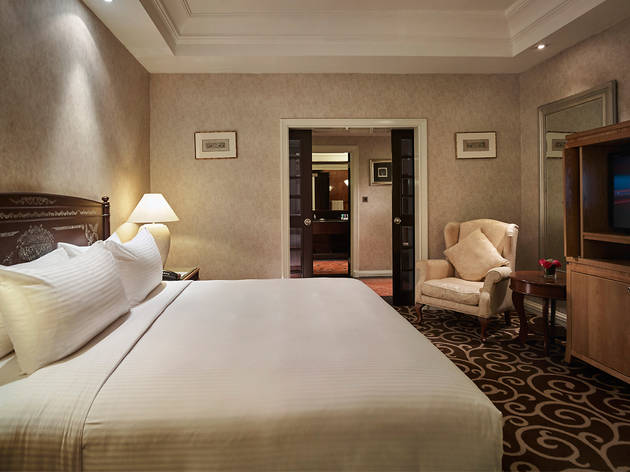 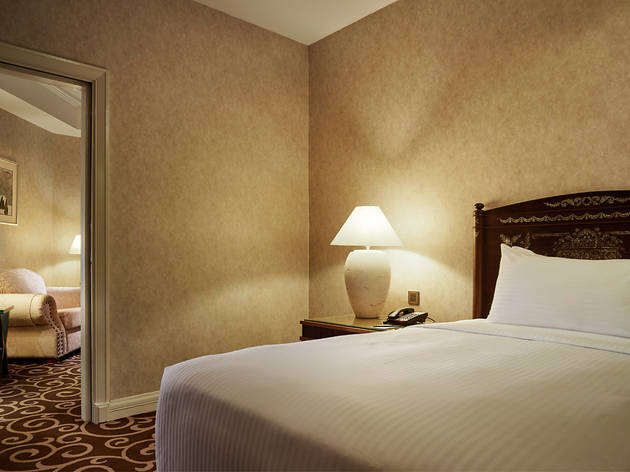 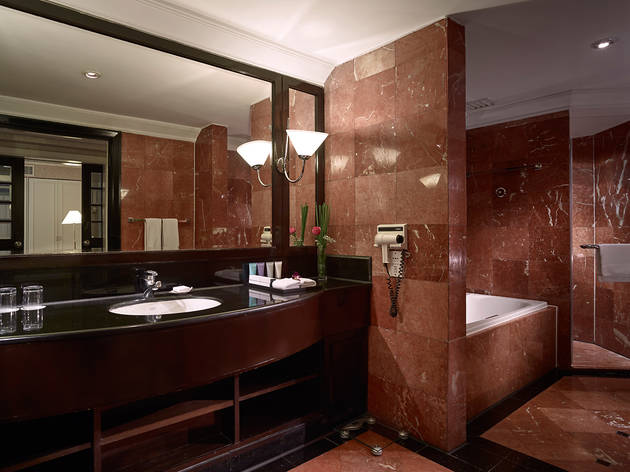 So the idea of a no-frills weekend getaway – we’re talking about one without the pressure of posting envy-inducing social media updates so you can actually relax during your stay – is one you'd like to try. We wanted a slice of that pie too, which is why we checked in to Sunway Putra Hotel when we were invited for a stay-in review.

Comfort is the operative word here: the hotel's Chow Kit postcode doesn't scream 'swanky' and the ochre-beige colour palette with old-school décor and swirly motifs aren’t the trendiest (you probably won’t bother whipping out your phone for the ‘gram). But the 650-unit property with friendly staff, impressive suites, contemporary club rooms and cosy deluxe rooms are warm and welcoming, making for very pleasant, almost homey stays. It doesn't hurt that the hotel is within easy reach of the Twin Towers and directly linked to Sunway Putra Mall, with the PWTC LRT and Putra KTM stations just a few minutes' walk away for seamless commutes.

We stayed in the sprawling 114 sqm two-bedroom classic suite, which incorporates both a master bedroom, a second bedroom as well as a separate living room area with access to an external balcony. From this balcony, we had a smashing view of both the KL Tower and Twin Towers piercing the sky – pretty neat, we must say. Add the suite’s plush beds, en-suite bathrooms, three(!) 42-inch flat screen TVs and well-prepared amenities to the equation, we knew we were in for the relaxing stay we wanted. Okay, so the suite was admittedly too large for a party of two (seeing as it’s the perfect size for a family of four), but we relished the simple luxury of having some extra space to lounge around in during our weekend stay.

Facilities-wise, the offerings at Sunway Putra Hotel are a little vanilla, with just a pool and fitness centre; hence the ‘no-frills getaway’ we previously mentioned. However, clusters of holidaying parents sinking thankfully into deck chairs by the swimming pool while the kids paddle about, and guests pounding on treadmills in the 24-hour fitness centre overlooking the pool make the best of what’s offered.

Breakfast options at all-day dining restaurant Coffee House are adequate Asian, Western and Middle Eastern fare while the Atrium Lounge has sadly, forgettable cakes, coffee and tea. However, Gen Japanese Restaurant is the hotel’s dining star, with the popular dinner buffet featuring a satisfactory variety of sushi, sashimi and other Japanese dishes. For a good selection of wine, whisky and brandy, head to Cherootz.

Looking for more food options? We sure did during our stay, so off we went to the directly-linked Sunway Putra Mall. What we found here included the gimmicky but fun DC Comics Superheroes Café, popular chains Rakuzen and Boat Noodle, and more. Restaurants aside, the mall’s other highlights include Buku Fixi and TGV Cinemas for a bit of entertainment.

All in all, there's great charm in Sunway Putra Hotel's comfortable rooms, with a fantastic view of the city, excellent proximity to public transport and a pretty decent Japanese buffet that make up for its rather ordinary facilities. No-frills indeed, but we got a tremendously relaxed weekend out of it.