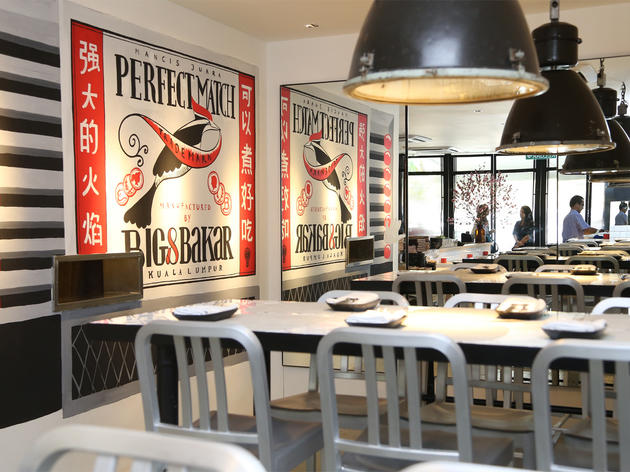 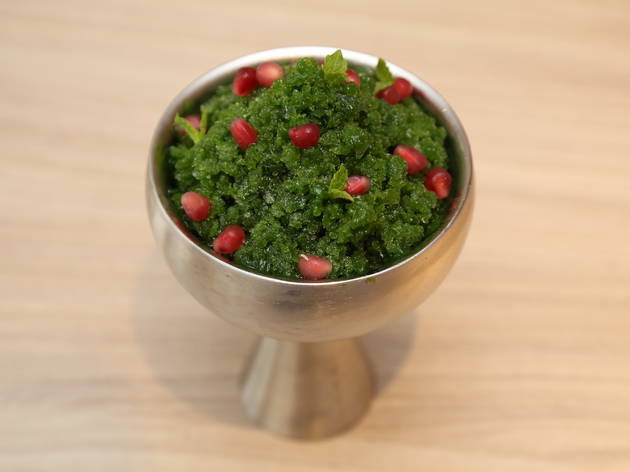 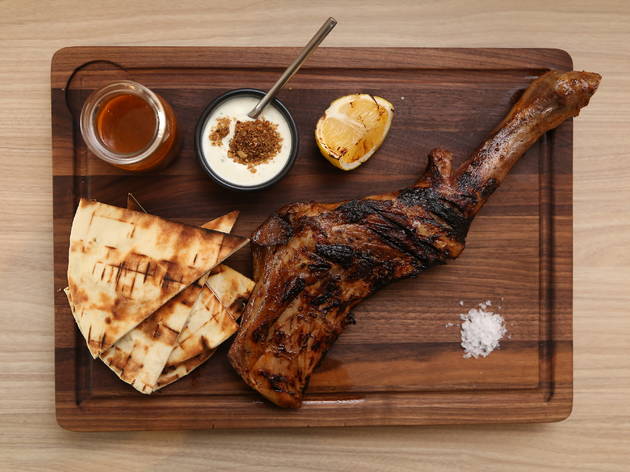 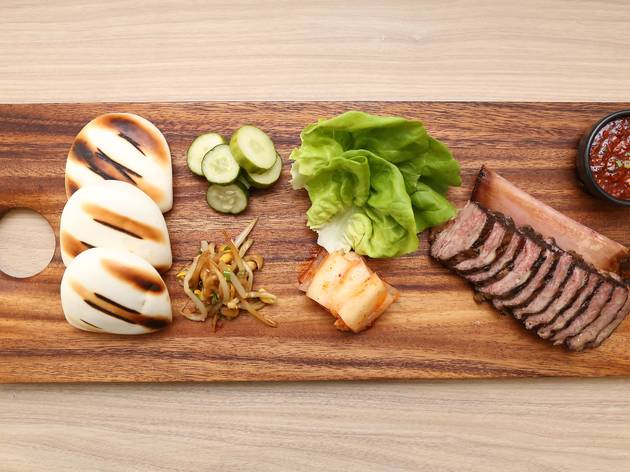 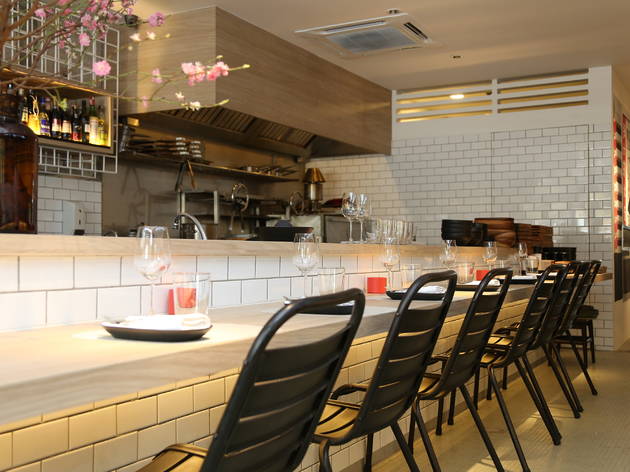 Guys, let’s all calm down about the ‘grill-concept’ trend. Grilling as a cooking method is at least 300,000 years old, and these days, there’s nothing novel about a restaurant that cooks food directly over a source of heat. Fortunately, Bakar’s affiliation with charcoal fire is far from opportunistic – spend one night here and it’s easy to see that boundaries are meddled with, for KL standards at least.

Trust The BIG Group in all manner of aesthetic; every detail is measured to enhance the experience, from the white marble tiling, to the matchbox mural, to the open kitchen – it’s stylish, but not outwardly so. And when I ask for recommendations, the waiters are kind and welcoming, a true refresher in Bangsar.

I start with the barbecue classic – grilled watermelon. It comes in a salad with strawberry, pomegranate, chilli, radish, cucumber and coriander. Objectively, the flavours sound threatening, but when eaten together in one forkful, they open up well. The juiciness of the fruit against the sharpness of coriander, the surprise crunch of the cucumber, the mild nuttiness of sesame seeds – it’s like playing many rounds on a coin-operated claw crane, and getting a different soft toy at every attempt.

The second starter of parcelled clam bake is more predictable, but still very, very good. The flavours – lemongrass, chilli, pandan – can easily be found in any Asian- Western mash-up, but at Bakar, Chef Keith Choong extrudes the most out of each ingredient. The broth in which the clam bathes is worthy of many outstanding soups on many rainy nights, and I think of it long after the waiter clears it out.

While waiting for the main to arrive, I make the mistake of ordering fries. Instead of making me anticipate my main, it makes me forget about it completely. The chips – crisp as a vicar’s laundry – show a little bit of skin, which when bitten into, reveal hot, feathery flesh. But it’s what's on top of them that matters. The chicken salt – magical fairy dust aka enhancer of all fried goods – is so frighteningly addictive you’d be inclined to schedule a sodium blood test the next day.

After the guilt trip down salt lane, I shift to the lamb shoulder. It comes with flatbread, a burnished half lemon, a tiny jar of lamb jus and a pot of Greek yoghurt topped with dukkah. The boys in the kitchen sure know their way around a piece of meat – the lamb blushes when stripped off its skin, the flesh tears into thick threads, brilliant when dipped into the dukkah-yoghurt.

Dessert time is where the magic settles slightly. The charcoal pavlova is an all-too-literal choice for a ‘grill’ restaurant, and doesn’t hold up to the starters and main. The blackened meringue requires a good amount of hacking with a spoon, and once broken, reveals a hollow dome filled with chocolate mousse and raspberry sorbet. The meringue is overly chewy and lacking in freshness, but is made up for with macadamia brittle underneath the mousse – it tastes less like brittle and more like crushed shortbread. But never mind, because a cocktail of dry gin, Ribena and lime later, I’ve determined just how much fun Bakar is. A lot.