Perhaps the biggest quandary facing patrons at Las Vacas is selecting the type of meat you wish to dig into. The renowned beef-inclined steakhouse, which also doubles as a deli and butchery, boasts a wealth of different cuts and meats at varying price points. The massive wagyu tomahawk (RM35 per 100g for a minimum 1kg order) and all day breakfast of lamb, beef sausage, breakfast beef and eggs (RM33) are good bets if sharing is your main concern, while the wagyu ribeye with a 10+ marbling score (RM140 per 100g) is a rich, exquisite steak worth splurging on.

During our recent visit to Las Vacas’s latest and largest outlet at Jalan Yap Kwan Seng, which was crowded during lunch hour, we opted to try out a few dishes that were more modestly priced instead. The thorough and helpful service at Las Vacas is decidedly a boon if you are overwhelmed by the abundant menu options or are less well versed with steak technicalities. Alternatively, you can personally choose your desired cut from the deli and watch from the glass panel as a butcher/ chef sears it off. In addition to an attentive server, all our orders also arrived within a respectable 15 minutes. Colour us impressed.

First on our table was the wagyu karubi. Tantalising on paper, the grilled boneless short rib slices were decent without being truly memorable. The additional tart and watery ponzu dipping sauce also did nothing to elevate the starter beyond a negligible beer pairing. The ensuing 120-day grass-fed Australian ribeye and lamb shoulder, on the other hand, were another story altogether. We found the medium ribeye succulent and the medium well lamb shoulders lightly gamy, with both slabs satisfyingly retaining their natural juiciness. Although black pepper and mushroom sauce loyalists may lament the lack of gravy, they can find solace in the garlic bread and Caesar salad that come standard with each steak here. We, on the other hand, are firmly in the camp that believes these fleshy steaks are more than good enough to stand on their own.

Las Vacas’s dexterity with meat was again on show in its 200g wagyu beef burger, which comes with generous helpings of caramelised onions and hand-cut fries. The formidable and chunky patty – tender to the point of being slightly mushy – is paired with delectable buns that were crusty on the outside and fluffy on the inside. Next to it, the chicken hot dog paled in comparison. The cheese-coated grilled chicken sausage was on the salty side and proved to be forgettable, leaving it and the soft buns to be largely ignored by our hungry party of five in favour of the accompanying fries. In short, stick to beef or lamb mains. For seafood fans, the pan-fried salmon fillet with cream dressing and spinach ricotta (RM40) might merit a punt somewhere down the line.

Our disappointing inability to stomach any dessert at the end of our massive lunch did little to detract from an ultimately satisfying meal that owed more to the twin steaks than anything else. The casual and humble ambience with quirky Keep Calm and Beef It Up wall art at this Las Vacas outpost, which echoes the fuss-free approach adopted by the older and cosier Mont Kiara and Kelana Jaya outlets, attracts its fair share of businessmen from nearby office buildings – Jalan Yap Kwan Seng isn’t exactly hip central after all – and tourists. Most pertinently, it pulls in droves of meat aficionados who are after a relaxing setting to enjoy a juicy piece of steak in its purest form, with a chilled Bundaberg on the side. Wong Boon Ken

Las Vacas was shortlisted Best for Meat in the Time Out KL Food Awards 2012 and 2013. Our food awards are 100% voted for by the people of KL. This way, we guarantee that popularity and consistent performance are rewarded. 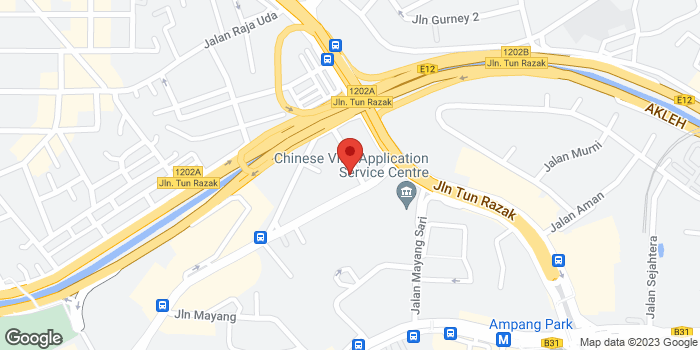