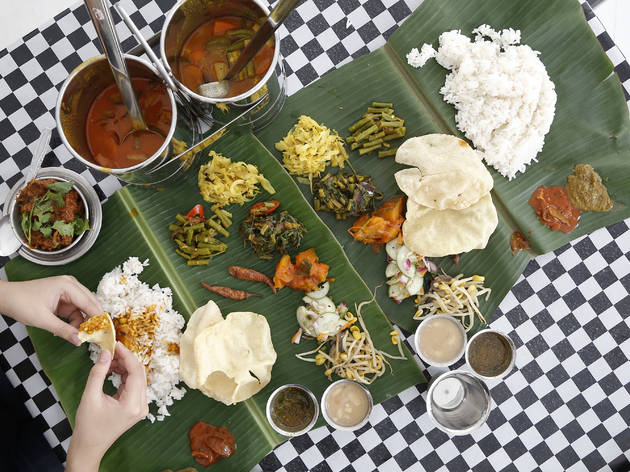 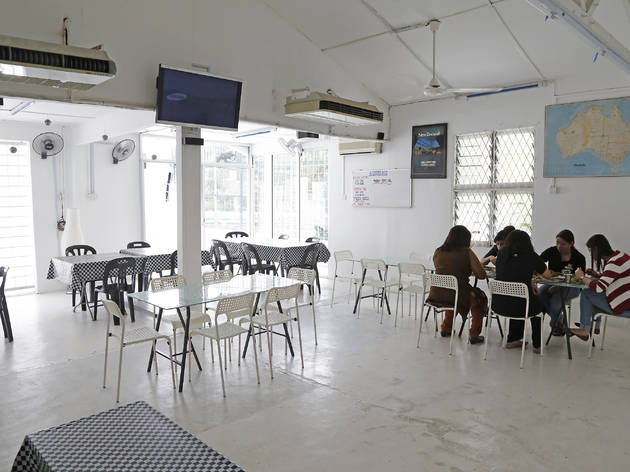 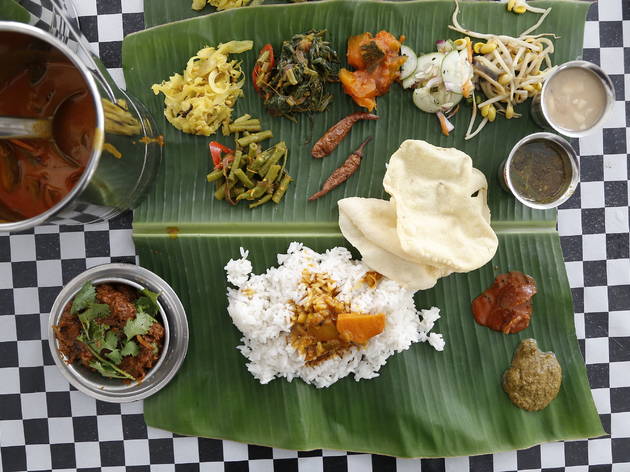 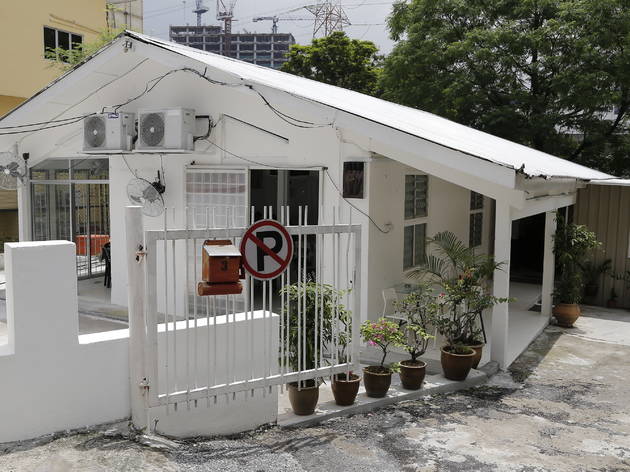 PJ folks, there’s a new banana leaf joint in town. Formerly at Universiti Malaya Academic Club (UMAC), Kumaren and his crew have moved their banana leaf operations to a tiny bungalow on Lorong Utara B. Located within walking distance from the Asia Jaya LRT station, the unassuming ANZGAM Club House is right opposite the Tun Hussein Onn Eye Hospital, sandwiched between the German School of Kuala Lumpur and Istara condominium. The building, which is owned by ANZGAM (Australia New Zealand Graduates Association of Malaysia), has been in disuse for 20 years. After some sprucing up, Kumaren opened up ANZGAM Club House as a small restaurant offering banana leaf meals during the day and a western menu at night.

The space is homey, sparsely decorated with ANZGAM relics, a map of Australia, and large windows to let in the afternoon breeze. During our visit, we spotted quite a few professors from Universiti Malaya and some college students. (PSA: College kids, you guys get RM1 off, which means you can get your vegetarian banana leaf fix for only RM4).

Taste-wise, it’s the same flavour and generous ingredients from its UMAC days. The food arrived piping hot, and we counted no less than 13 types of vegetables and miscellaneous add-ons (poppadums, salt-dried chillies, various pickles) arranged on the banana leaf. Plus, there were tiny metal cups of rasam and payasum (a sweet dessert-like soup) to end the meal on a sweet note. Interestingly, you can have beer as well. According to Kumaren, the spread will be more varied on Fridays, while Mondays to Thursdays usually see five types of vegetables on offer. Mutton and chicken varuval are available daily, but on weekends, come for the crab, calamari and prawn additions.