What's not to like about char kuey teow, that quintessential hawker dish? Think stir-fried flat rice noodles cloaked in wok hei, topped with prawns, bean sprouts and egg. Some even come with extra ingredients such as cockles, Chinese waxed sausages and crunchy pork lard thrown in for good measure. We show you the best char kuey teow in KL, with halal options too. 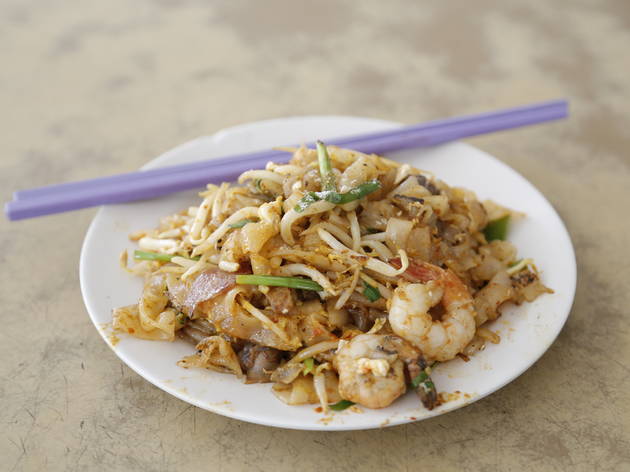 Though Robert’s has been around for more than two decades, its popularity hasn’t waned. He has two stalls where you can get your fix: in Damansara Kim at the Golden Kim Wah kopitiam, where the stalls is manned by the master himself, Robert Khoo; or in Section 17 at the Say Huat kopitiam, where his apprentice Lim Cheng Joo has been frying up plates of rice noodles for the past 23 years. The Penang-style char kuey teow can be relied on for its charred flavour, and is topped with prawns, Chinese waxed sausages, bean sprouts and crunchy pork lard – resulting in a winning combination of savoury, sweet and spicy flavours. 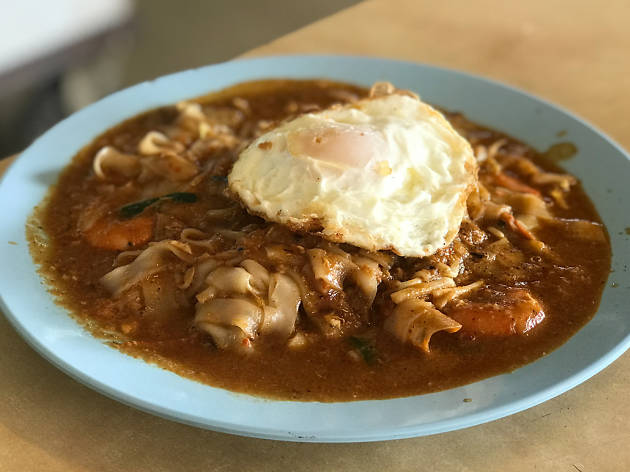 You might think it strange to find char kuey teow covered in gravy – but that’s the way Mie Cord has done it since 1993, and the crowds love it. Once you do get past this oddity, you’ll find that this halal char kuey teow has a charm of its own: the moreish gravy prevents the rice noodles from being overcooked and dried out, so you’ll get consistently smooth and soft noodles. You can order the dish in either a small, large or ‘special’ portion, with the latter featuring six or seven small- to medium-sized prawns and a sunny-side up egg. 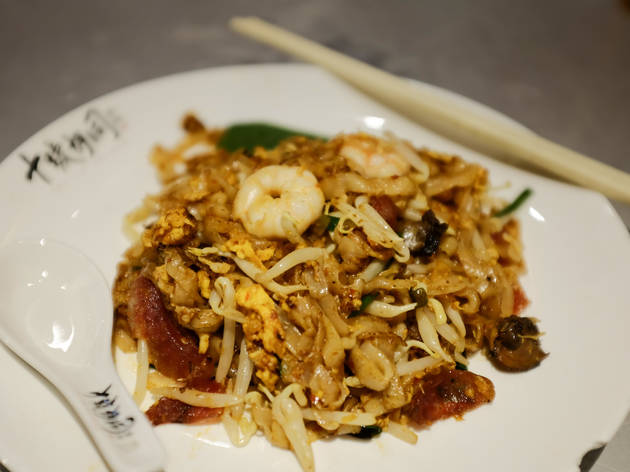 Forget making that four-hour trip up to Penang for char kuey teow; what you seek is right in the heart of KL. Lot 10’s Hutong food court is home to Secret Penang Café – a stall that offers an almost authentic version of the northern state’s unofficial dish. The chef does a quick fry of the rice noodles and tops them with sweet Chinese waxed sausages, bean sprouts and cockles. While the standard version of the dish comes with chicken egg, you can amp up your noodles with duck egg instead for extra flavour. 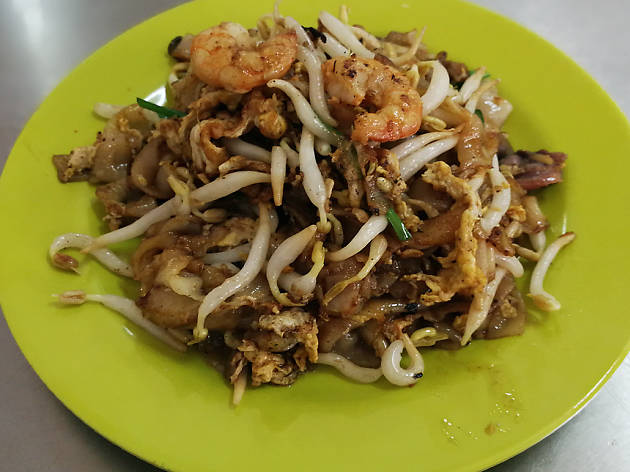 This kopitiam is known for two things – its extensive offerings of local hawker fare, and its overwhelming peak-time crowds. One of the several dishes here that draw the hordes is the char kuey teow. Available with chicken or duck egg, the noodles come with fresh prawns, scallions and cockles along with a generous sprinkling of crisp bean sprouts. Orders are fried individually so each serving is laced with just enough of that signature wok hei. 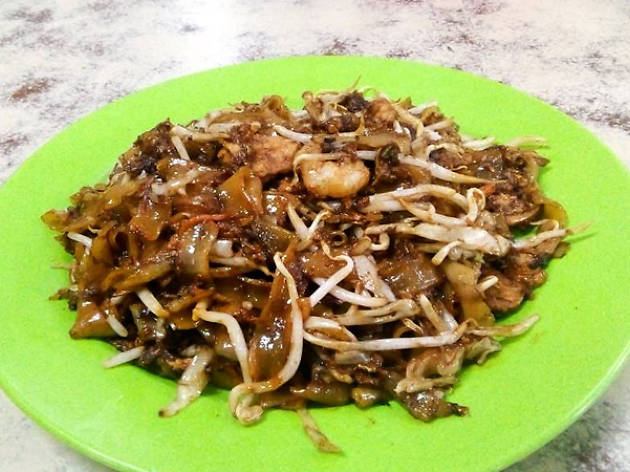 If you’re in Seksyen 11 hankering for char kuey teow at night, head to Restoran Fai (it shares the same space as Chuan Lee Restaurant, which is famed for their char kuey teow too but is open only during the day). At night, Fai fries the kuey teow upon order, and the aroma of the wok hei is evident even before the waitstaff plonks the dish on your table. The noodles are perfectly charred, and are topped with small plump prawns and plenty of bean sprouts. 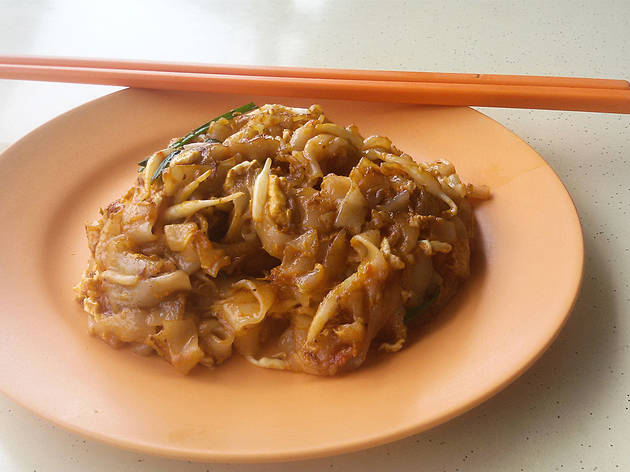 Aunty Gemuk’s char kuey teow stall inside Kelana Jaya’s Restoran Jamal Mohamed is one of the few halal ones in PJ, so it’s no surprise to see many people making their orders for the fried rice noodles. There isn’t much wok hei, but if you’re looking for spice, this is the version for you; every bite of the smooth kuey teow has just the right touch of heat, calling for frequent sips of your teh o’ limau ais in between bites. 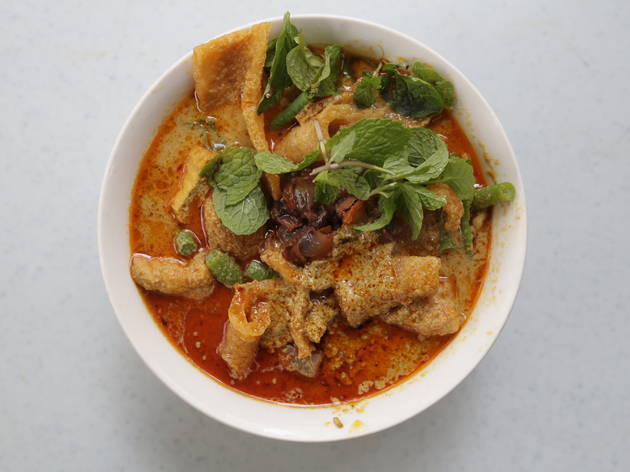 From the comforting soupy bowls of noodles to the fried variety usually reserved for late night cravings, we’ve got you covered. Here are KL’s top noodle dishes.