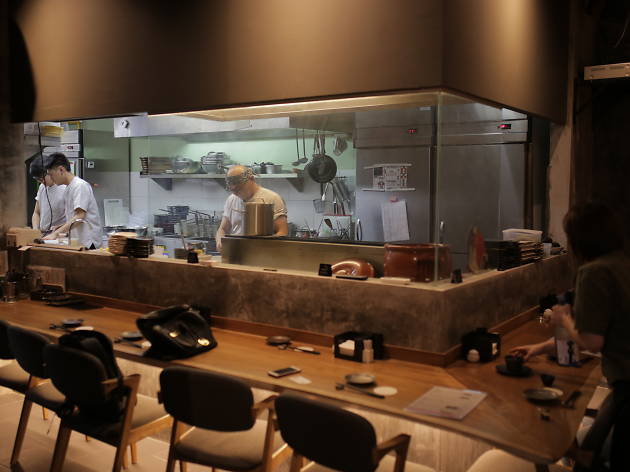 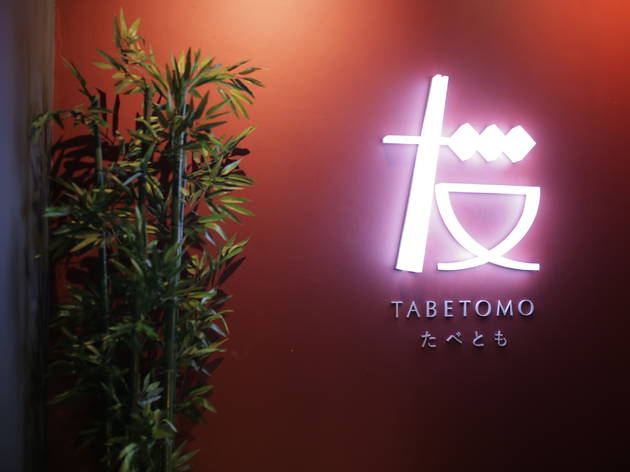 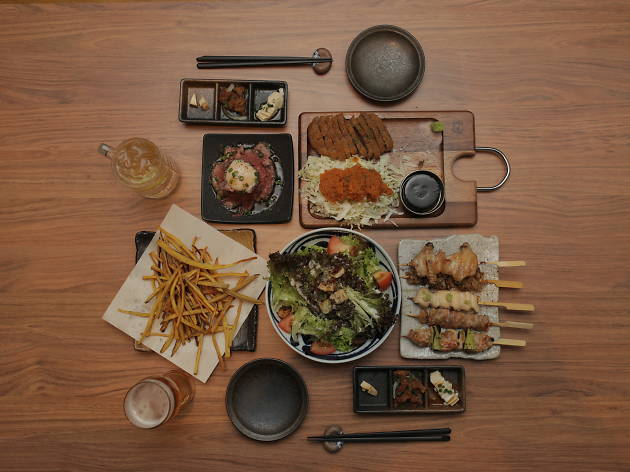 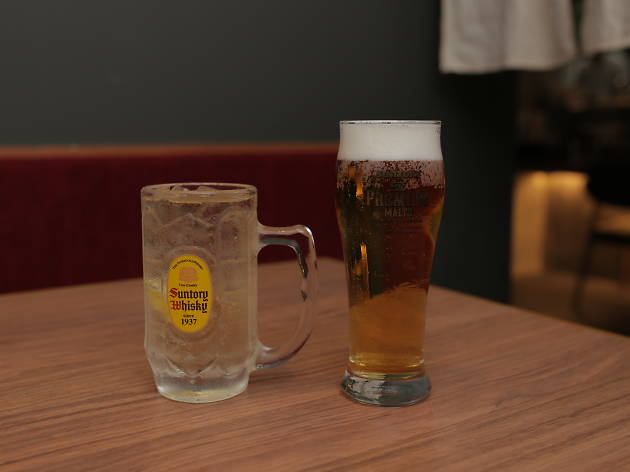 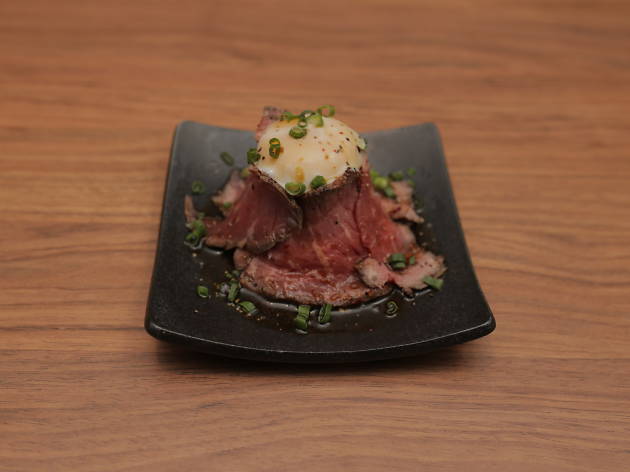 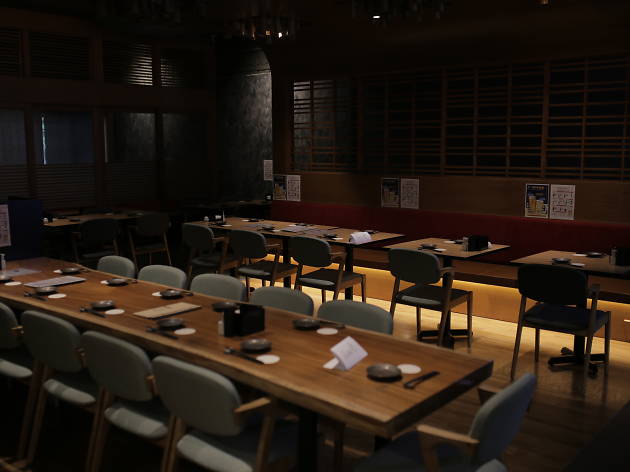 A sister outlet of popular saké bar Nomi Tomo and sharing a similar concept, Tabe Tomo is the latest opening at Plaza Batai. Tabe Tomo and Nomi Tomo both translate into ‘eating buddies’ and ‘drinking buddies’ respectively, highlighting the priority these outlets place on having a good time with your buddies. Tabe Tomo manages to merge a modern minimalist design with the classical Japanese aesthetic. As you enter the restaurant you’d notice the wooden furniture and wooden ceiling – the sort you usually find at Japanese restaurants – matched tastefully with grey concrete walls. They have several private booths you could share with your friends for a night of wining and dining, and you have to take your shoes off before you enter these booths though – Tabe Tomo’s attempt at keeping the Japanese experience as genuine as possible here.

Despite the fact that Tabe Tomo is considered the dining outlet of the two siblings, Tabe Tomo has better drinking options than many restaurants, bars even. In terms of saké, Tabe Tomo offers four premium brands – Seikyo, Bijofu, Dassai, Gasanryu – each with different types to choose from. If saké isn’t your thing, try the highball – a popular drink in Japan, usually a mix of a spirit and soda. There are various highballs here – you could go for the oolong high, the Calpis high, the Yuzu high, the Chu high and the Suntory high. We recommend the Suntory high, which has a nice carbonated flavour that’s very well balanced with the whisky. If you’re looking to drink for cheap, swing by during their happy hour when Suntory and Sapporo pints are only RM22.

As for food, it’s hard to go wrong with yakitori, especially if you’re at a Japanese restaurant that wants its customers to have a good time eating with friends. There are over ten options to choose from such as chicken thigh, chicken neck and many more. You should also go for their signature dish, the rosuto bifu – roast beef with mashed potato topped with softboiled egg yolk. The dish is quite creatively presented like a volcano, with the yolk on top meant to be broken to flow down and coat the meat. Also, did we mention that they’ve brought over a chef from Japan to prepare their food? So, you can be sure that the food will be as authentic as they come.