Table & Apron – formerly The Kitchen Table Restaurant & Bakery – doesn’t exist to disrupt the scene. From the outside, it barely stretches the boundaries of what is an already saturated restaurant-and-bakery scene. But none of it matters. Because right from its birth in 2014, Table & Apron has proven to be a restaurant that has in spades a component so elementary yet so rare – heart.

Through hard work, dedication and all the boring old-fashioned virtues of an honest operation, owner Marcus Low and his team have carved for us a little treasure in Damansara Kim – credit must also be given to former co-owner Mei Wan Tan. The narcissism you’ll find in so many KL restaurants is refreshingly stripped off here; there’s no time and place for vanity if the team is worrying about what’s going on your plate. If it’s all sounding a bit ingenuous to you, therein lies the restaurant’s charm.

Of course, a large part of the restaurant’s ‘soul’ is owing to the service led by one gracious Nelaton Ong. Even at peak brunch hour on a Saturday, the floor staff are efficient, attentive and willing to provide customised service whether in the form of a complimentary cookie for your restless kid or an informed recommendation for your diet-restricted friend. There’s a sense that they actually want to take care of you.

There are signatures that have stood the test of time, cementing their place on the menu. If you’ve been even once to Table & Apron, you would have tried the fried chicken (three pieces for RM24, and RM38 for six) whose skin crackles and splinters between your teeth. You might have also tried the pork ragu with tagliatelle which is not exactly a regular item on the menu. There’s a high chance you would have ordered the impossibly dense sourdough which now comes not only with the quintessential butter (the butter here is flavoured – try the seaweed butter for RM4), but sides like pulled pork with salsa verde (RM10), and smoked mackerel pate (RM10).

But you mustn’t lose sight of the less-talked-about items, and I speak particularly of the charred eggplant(RM21). It’s everyone’s favourite sex emoji rubbed with miso, grilled to smokiness, and topped with feathery shavings of katsuobushi. It’s the cleverest, most delicious use of miso outside of soup, and no matter how you look at it, you will have come away a winner if you order the eggplant.

Neither should you overlook the brilliantly cooked charred okra with BBQ sauce (RM17), devoid of slime and banging with chilli and tamarind. The Sanbanto pork chop (RM 58 for a medium-sized portion and RM65 for a large one) comes with charred kailan and a chimichurri sauce - you can truly tell how much they love their charred flavours. These are all rudimentary produce from local markets, coaxed into wonderful, unceremonious things by way of exceptional cooking time. Someone in the kitchen clearly gets it.

I risk mentioning that Table & Apron isn’t flawless. The coffee lacks smoothness and sometimes arrives a tad over-extracted, the apple pie is missing a flaky rusticity with which one usually associates apple pie and brownies. This tiny setback may not be forgiven in a fine dining establishment, but for the value of your cheque, they’re greatly overshadowed by the restaurant’s general excellence. Although the classic apple pie can no longer be seen on Table & Apron’s menu, it remains a signature item at Universal Bakehouse (a bakery under the same management and is right next door).

While Table & Apron doesn’t mark new territories of modern cuisine, it’s also a harbinger of the perfect neighbourhood restaurant. If you, like most of us, simply want good, real food and value your money’s worth at restaurants, this could be a cause you’ll want to support. 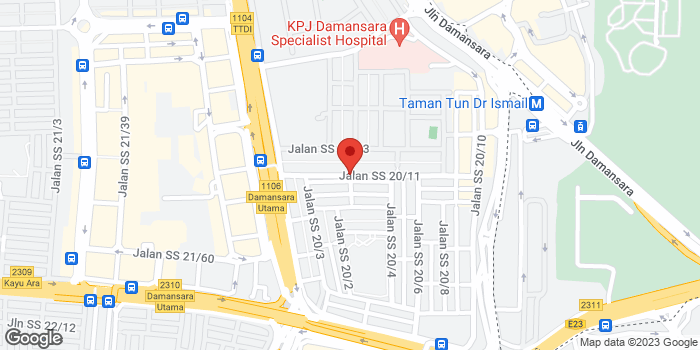