What separates a good restaurant from a great one is its interpretation of food: The former executes a dish well while the latter successfully translates an idea into a brilliant meal. The latter can be a long, tedious process – in Way Modern Chinois’s case, it took 15 months of food tasting and experimentation, as stated in the opening page of its menu – but when it does work out, you get exciting food that you can’t quite get enough of. That’s exactly how I felt after my first dinner there; I quickly planned a second visit to make sure the quality is consistent.

Way Modern Chinois takes a contemporary approach to Chinese cuisine; the 60 dishes featured on the menu can be divided into two camps: classic dishes that are given a modern reboot, and brave new inventions. This is risky business, because without the right balance, this could easily become pretentious Chinese fine dining. So it’s to the chef’s credit that the execution is almost flawless.

The Szechuan marinade in the Pac Man steamed prawn dumplings is restrained to allow the sweetness of the crunchy prawns to come through before the heat kicks in, while the accompanying ponzu dipping sauce rounds off the flavours with a fragrant sour tang. The same precision can be found in the crispy oyster mushroom tempura style with creamy sauce (impossibly light batter coating a pillowy mushroom centre), and the Szechuan-style mutton hot pot with vegetables (a measured balance where the spiciness of the broth complements, rather than overwhelms, the slight gaminess of the mutton).

The cold flower crab with colada ice is one of the more experimental dishes on the menu. This dish plays with multiple sensations on your palate. The coconut granita fills your mouth with a light freeze before you bite into the firm but slightly dry crab meat. It’s really refreshing and acts as the perfect palate cleanser before the mains.

On my second visit, I pre-ordered the restaurant’s dish of pride – the truffle roast duck – a day ahead, and it was the most memorable dish I’ve had this year so far. It best exemplifies Way’s deft hand in achieving the elusive balance that elevates a dish into a gem without overworking it into a disaster. The gaminess of the duck and the earthiness of the truffle, as individual components, can be overwhelmingly rich and pungent if not treated carefully – but here, the way they are brought together not only complements but also enhances each other. There is still a certain lightness in how flavourful it tastes. Plus, the impossibly tender meat and the wafer-crispy skin with the thinnest layer of fat – this is how a roast duck should be, with or without truffle.

The crispy lion fish is also impressive. Essentially two large pieces of grouper fillet, a chequered grid is sliced into the flesh without breaking the skin so when it’s deep fried, the little cubed flesh fans out like flower petals. You can easily pick the flesh off the skin with your chopstick to dunk into a fruity sweet and sour sauce replete with hints of strawberry.

Way’s interior is what you’d expect from a restaurant of a fine dining calibre. Hidden behind an unassuming elevator door lies a cool and sophisticated dim cavern, with dark furniture, rose wood panelling and overhead spotlights above your table. It’s very on trend with some of the best modern restaurants around the world. And the cocktail list shows great creativity too, featuring lots of Asian flavours such as dried longan and dates, earl-grey-infused gin and jasmine-tea-infused vodka. Oh, did I mention that Way Modern Chinois is pork-free? As big a pork fan as I am, frankly, I didn’t even miss it. 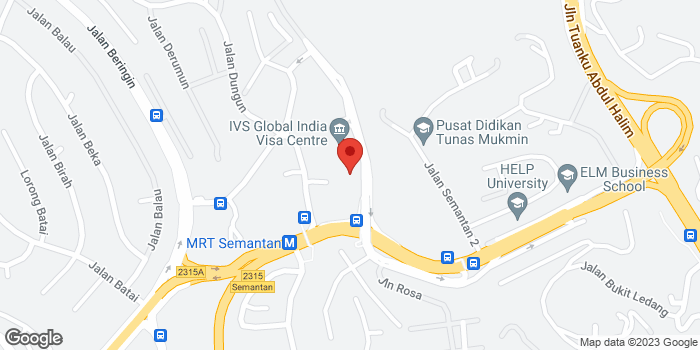