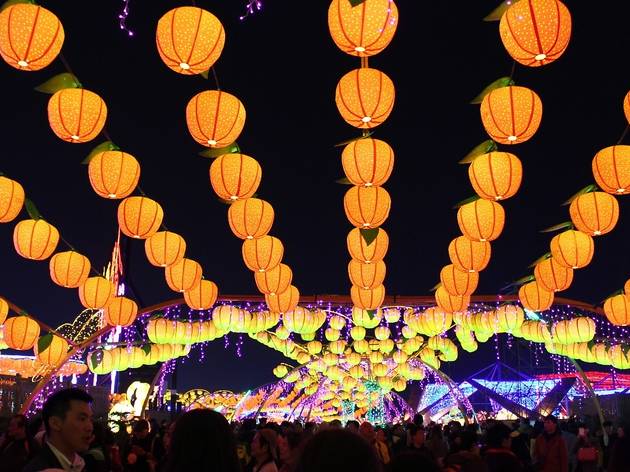 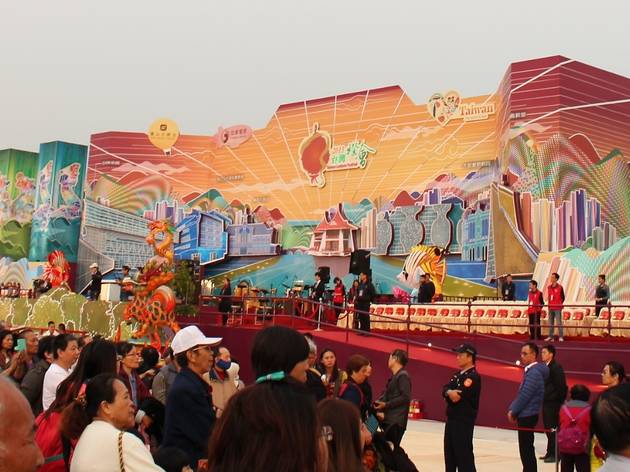 2/7
The Taiwan Lantern Festival has achieved the record number of nearly eight million visitors for 2015.&nbsp; 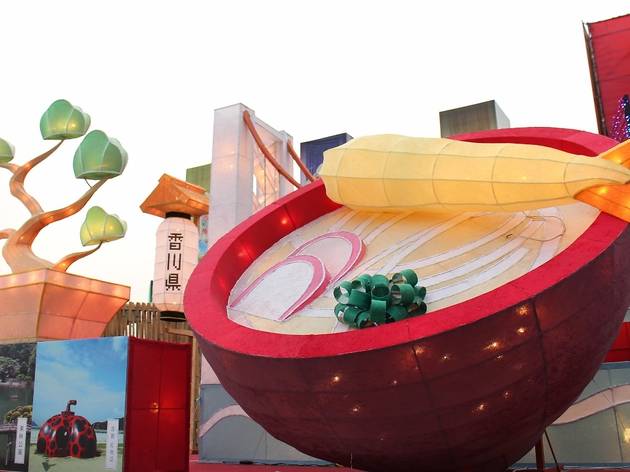 3/7
Check out interesting light displays around the venue; including this tempura-and-ramen-themed Japanese display.&nbsp; 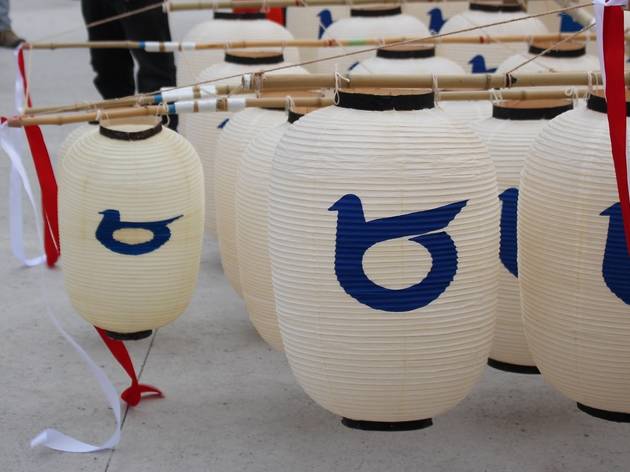 4/7
Paper lanterns are part of the performances.&nbsp; 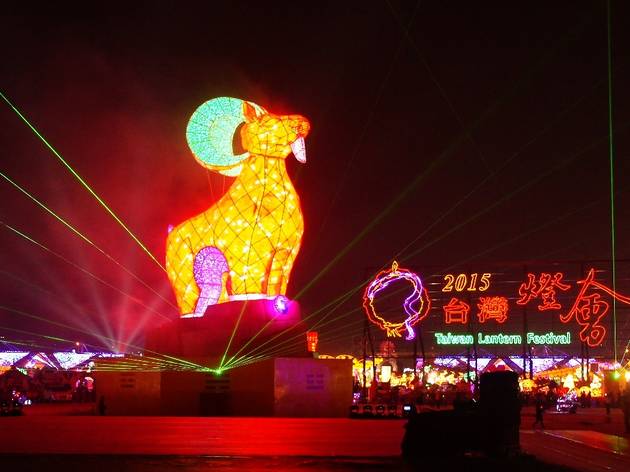 5/7
Measuring up to 23.4 metres, the huge Ram Lantern lights up with an impressive laser display at the opening ceremony. &nbsp; 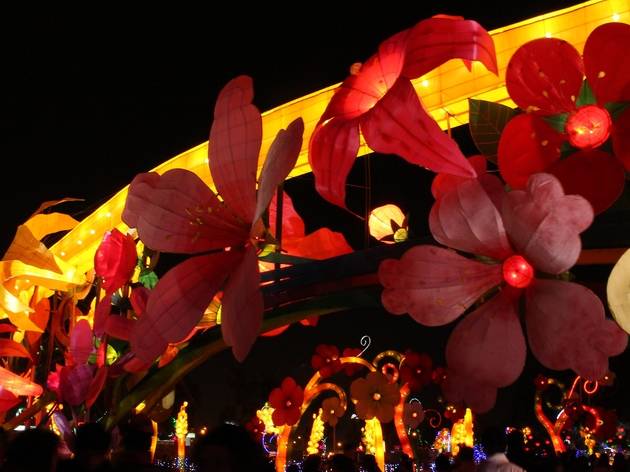 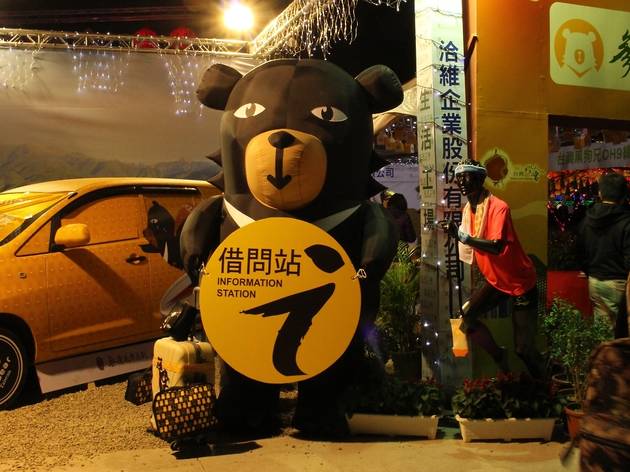 7/7
Fun fact: the Lantern Festival also coincides with Taiwan Tourism Day, and Oh! Bear, the mascot for Taiwan Tourism Bureau, makes an appearance at the festival.&nbsp;
Advertising
What is it?
The Taiwan Lantern Festival is celebrated on the first full moon of the Chinese New Year. Not to be mistaken with Malaysia’s Mid-Autumn festival, the Taiwan Lantern Festival (also known as ‘Yuan Xiao Jie’) used to be one of the largest festivals in Taiwan, widely celebrated with light displays in temples, lanterns and lots of firecrackers in a bid to end the Lunar New Year with a bang.

As the festival gradually became forgotten in the late ’80s, the Taiwan Tourism bureau decided to gather all the light displays in one spot in a bid to create awareness for the Lantern Festival. First held in Taipei’s Chiang Kai-shek Memorial Hall in 1990, it has gained much popularity since then. In 2001, the festival finally moved out of Taipei to Kaohsiung, with different cities in Taiwan taking turns to host annually.

What can I see there?
The Lantern Festival is made up of different lantern display areas in different parts of the city, all celebrating the dazzling art of lanterns and lasers. Taichung’s celebration for 2015 sees the main display area set up in a 20-hectare space before the Wuri HSR (High Speed Rail) Taichung Station, and two other display areas at Fengyuan and Taichung Park.

Every year, there will be a main lantern based on the zodiac of the year. Taichung’s gigantic Ram Lantern (2015 being the Year of the Ram) clocks in at a gigantic 23.4 metres, making it the tallest so far. This is the second time for Taichung to host the Lantern Festival, and coincidentally, it was the Year of the Ram for both times. Hence, this made Taichung the only city to host the event twice for the same zodiac in 26 years.

Apart from the huge Ram lantern, other lantern areas at the kaleidoscopic event include lanterns depicting famous landmarks in Taichung, a cultural creative lantern area, traditional lantern zone, and even a lantern competition area where creations from schools, colleges and government agencies are displayed.

Where else can I see it?
The Lantern Festival is celebrated throughout Taiwan, but Ping Xi, a small village that’s known for its sky lanterns, does a unique Sky Lantern Festival in conjunction with the Lantern Festival. Here, one can catch the view of hundreds upon thousands of glowing sky lanterns being released at the same time, soaring away into the inky black sky. It's no surprise that it’s featured on Discovery Channel’s ‘Fantastic Festivals of the World’.

The Lantern Festival 2015 ends on March 15. Taoyuan City will host the festival in 2016.
Recommended