The best restaurants in Baixa

It’s one of the most historical neighborhoods in the city and an imperative stopping place if you are visiting Lisbon. Take a look at your guide with the best restaurants in Baixa

Lisbon’s Baixa (downtown) area is one of the city’s busiest city hubs with shops, hotels, restaurants, café-bars and several attractions. The neighborhood goes from the Tagus River up until Avenida da Liberdade and sits right between the two hills of Alfama and Chiado. Considered the heart of Lisbon, this district was devastated by the 1755 earthquake and then rebuilt by Marquis of Pombal, the Secretary of the State of Internal Affairs of the Kingdom (the equivalent of a Prime Minister today) in the government of Joseph I of Portugal. Exactly because it’s an imperative stopping place if you are visiting Lisbon, we’ve selected the best restaurants in Baixa.

Recommended: the best hotels in Baixa and Rossio

The best restaurants in Baixa 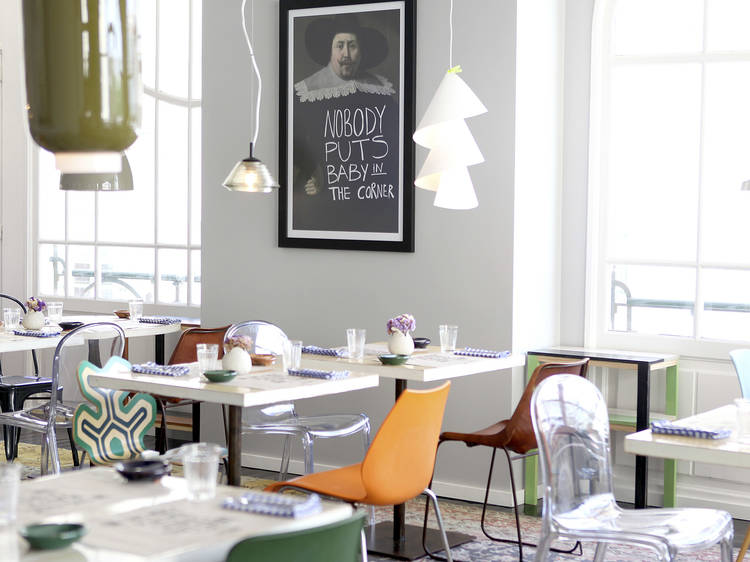 Bastardo smashes every prejudice you might have about hotel restaurants. The dining room is luminous, the decoration is relaxed – mismatched chairs set the tone – and the menu is Portuguese contemporary with a sense of humour. They serve dishes such as the Hunter (marinaded rabbit, purple onions, potatoes and rosemary), the Uncle Scrooge (duck samosa, foie gras, shitake and egg yolks) or the Monkey (banana, peanuts, caramel and more banana). The kitchen is led, since late 2016, by chef Marcos Silva.

– The appetizers come to the table in a Lego box (kids go wild).

– Looking for a romantic dinner? Order a table by the window.

– Since you're in a hotel, have an aperitif before dinner. 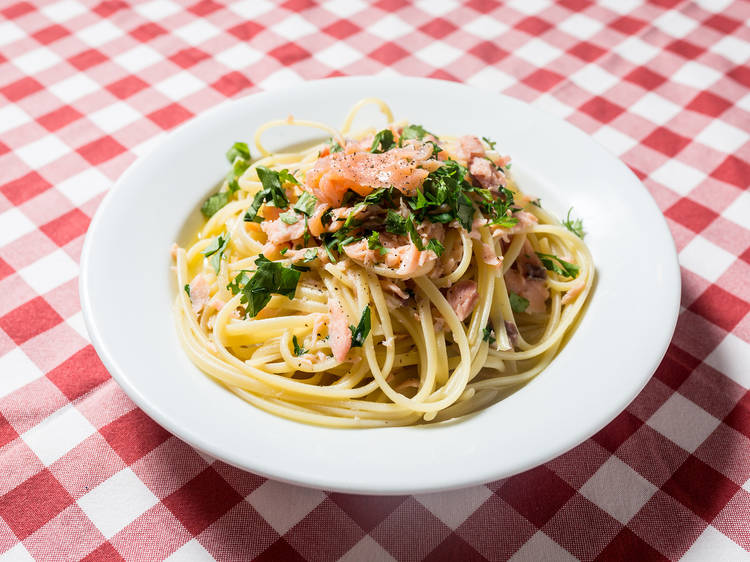 This small trattoria with its red checkered tablecloths is a true find for fans of real Italian food. In the kitchen, Marcello di Salvatore is a regular one-man-show: he cooks every pasta dish individually, producing fine spaghetti carbonara, bucatini all'amatriciana, gnocchi alla sorrentina and even some home-style meatballs in a tomato and bell-pepper sauce. The finishing touch should (must!) be a tiramisù – heavenly.

– Before the main course, an arugula, tomato, rocket and tuna salad is always served. 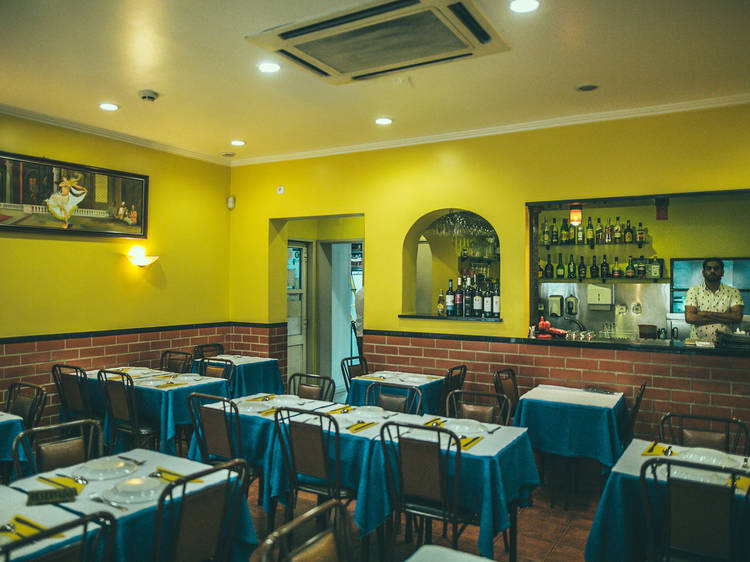 This Indian restaurant in a first floor at the Praça da Figueira serves food with a merciless disregard for those with a low tolerance of spicy stuff. Sure, not every dish will leave you sweating, but if you tell them you are up for some hot food, they'll be glad to acquiesce. The shrimp curry is a must, with nan bread to go along, but first order the samosas (among Lisbon's best). Wash it all down with Indian beer – you will definitely need something cold to pass the time while waiting for a table.

– Yet more curry: try the lamb.

– Yet more appetizers: try the peshawary nan (bread with raisins and cashews). 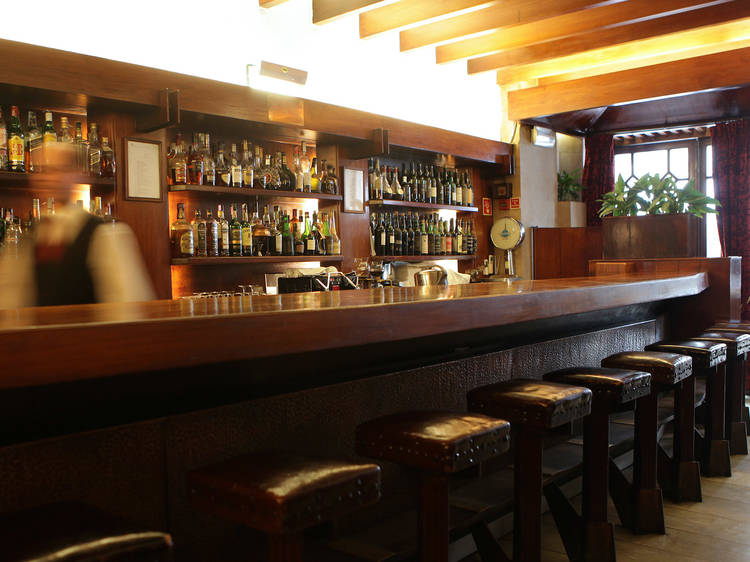 Established 80 years ago by a German/ Galician duo, it was initially a brewery serving German fare. Thirty years later, a new management remodelled the venue into the look it still has today. Shellfish remained on the menu, but with a Portuguese touch. Many dishes come and go from the menu, but some are mainstays: fisherman's rice, Gambrinus-style “cataplana” fish pan, partridge pie (Mondays), lobster pie (Wednesdays) or kidneys au Madeira wine. And then there's the croquettes, the sirloin steak sandwiches and the roast beef and tartar sandwiches parading on the counter.

– The most ancient recipe in the house is the sauerkraut eisbein, served on Thursdays.

– To get the full experience, have a vacuum-brewed cup of coffee after your meal.

– The upper floor holds offices, the wine collection, the kitchen and the laundry room. 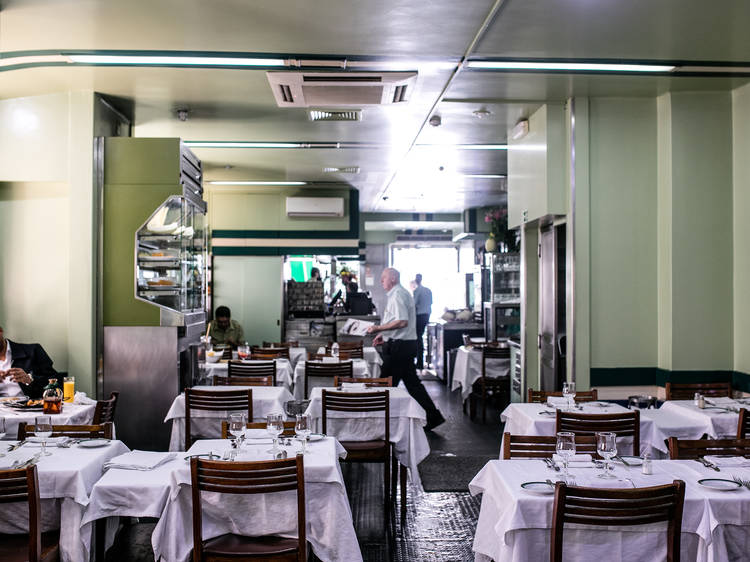 The typical green and white parasols offer shade to the tourist hordes that seek Pinóquio to have good Portuguese shellfish – the Bulhão Pato clams made in a coffee pot or the prawns à la plancha are particularly good – or to try the house's most celebrated snack, the chopped “pica-pau” beef, with tender, rare meat in a garlic, butter and wine sauce, which comes to the table in a steaming pan. This, dear reader, is one of those times when we Lisboners don't mind sharing the shade with tourists – the food is well worth it.

– Pay attention to the prices – the bill can soar fast.

– They have a sort-of-secret steak sandwich.

– The round-cut chips are addictive. 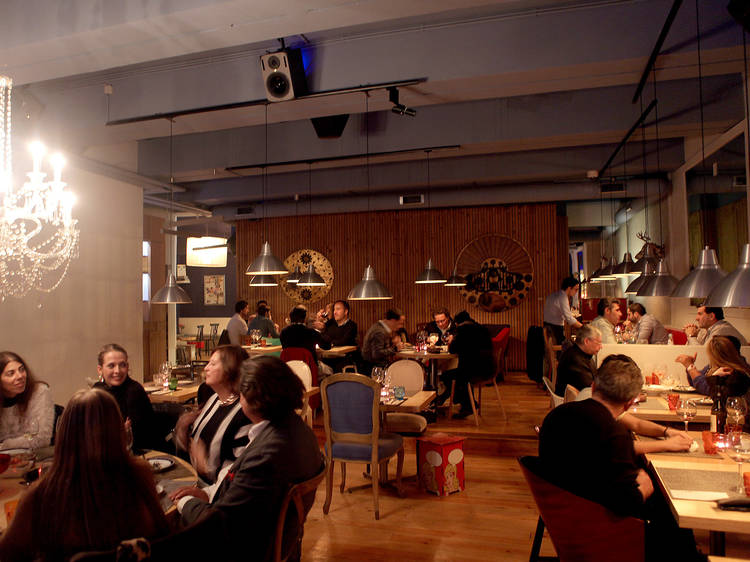 Taberna Moderna is located deep in the touristy downtown, but don't mistake it for any tourist trap. It is a cool place where ingredients are of top quality; the Iberian cuisine conquered us from day one. Every dish is made for sharing – plates are thus all placed at the centre of the table – and they include fried “rotos” eggs with “gulas” eels and shrimp, Galician-style octopus, cuttlefish rice, Galician beef entrecôte (served almost row) and slow-cooked Iberian carrillera. Instead of wine, try drinking gin with your dinner.

– Winner of the 2012 Time Out Golden Crow for Restaurant of the Year.

– Its Spanish heritage means it has plenty of salero. 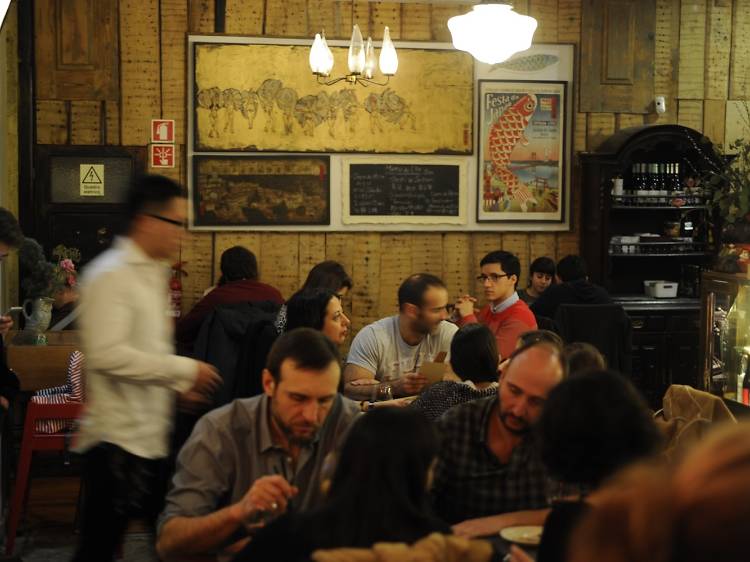 Yuko Yamamoto is a Japanese chef who moved to Portugal 12 years ago. She had a famous supper club in Lisbon which sold out as soon as a new date was announced; now she has a celebrated restaurant at the Rua da Madalena where she cooks traditional Japanese fare. The menu always includes miso soup, sushi and sashimi, and some original specialities such as fried octopus balls (named takoyaki), vegetable tempura with squid and shrimp or crab croquettes.

– The salmon zuke-don (marinated salmon on rice) is highly instagrammable.

– One of the city's sweetest delights: Parmesan cheesecake. 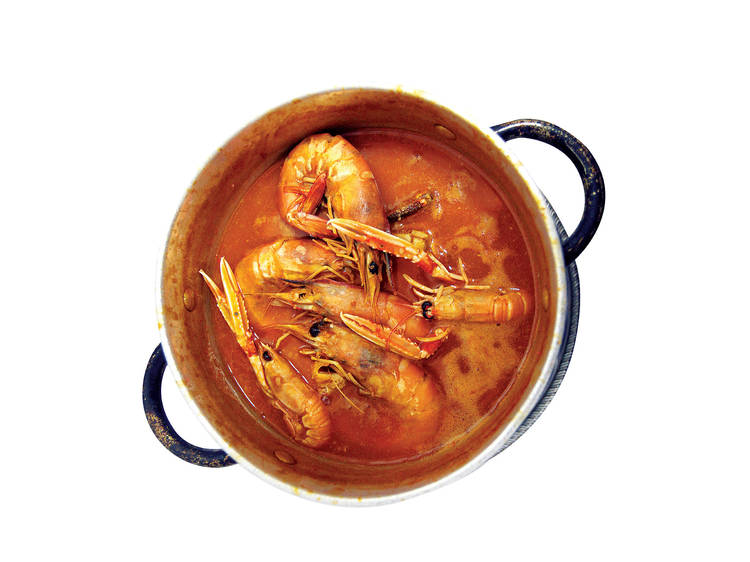 Ignore the specials, ignore the meats side of the menu, ignore the platters you see coming out of the kitchen. Ignore everything but this one dish: the seafood rice. The big reason to visit Uma is this fine concoction (it is really fine), a big steaming pot of rich and soupy rice soaking in a broth full of huge shrimp, crayfish, crab and mussels. The ingredients are always the same and they always come from the same suppliers.

– Make a reservation and immediately order the seafood rice as well.

– The seafood rice comes au point but gets even better as the pot sits on the table.