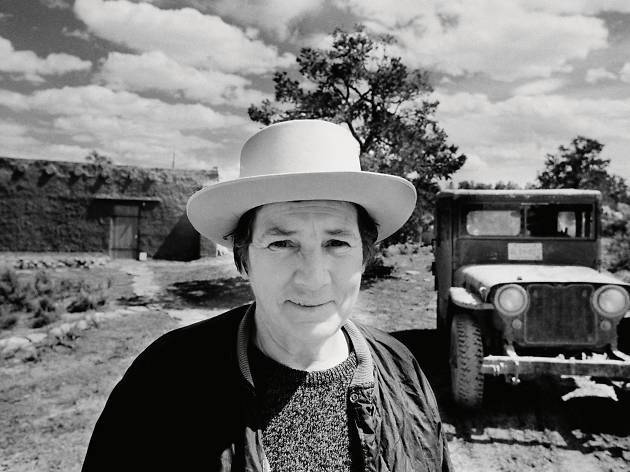 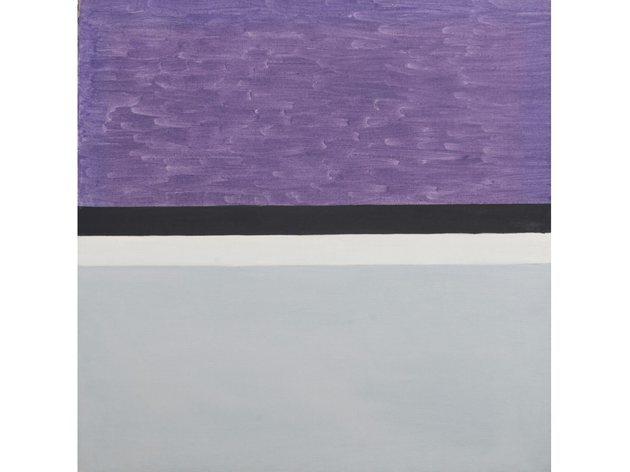 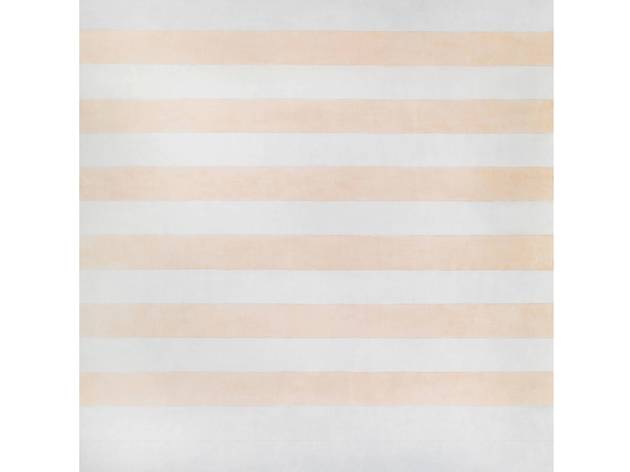 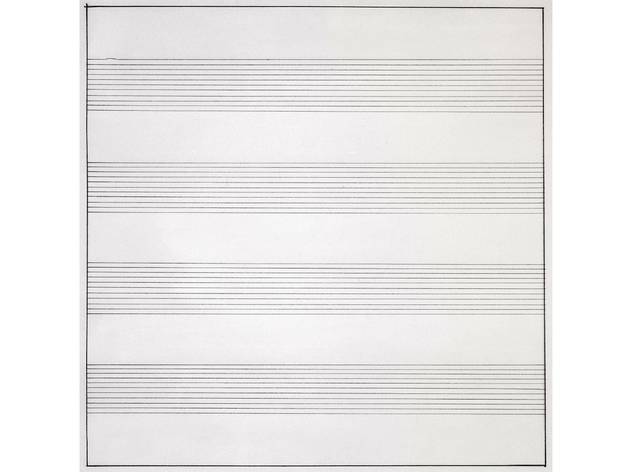 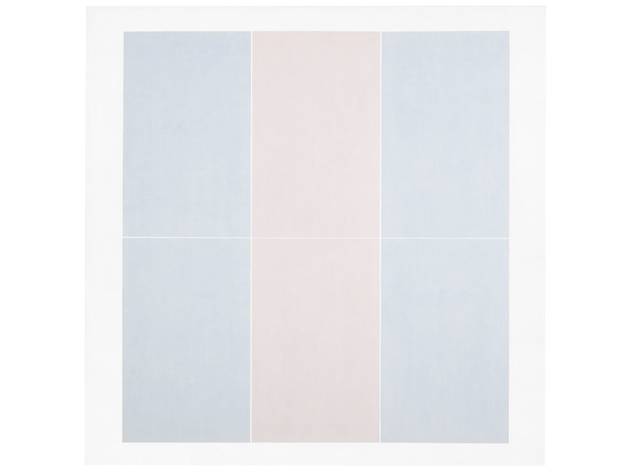 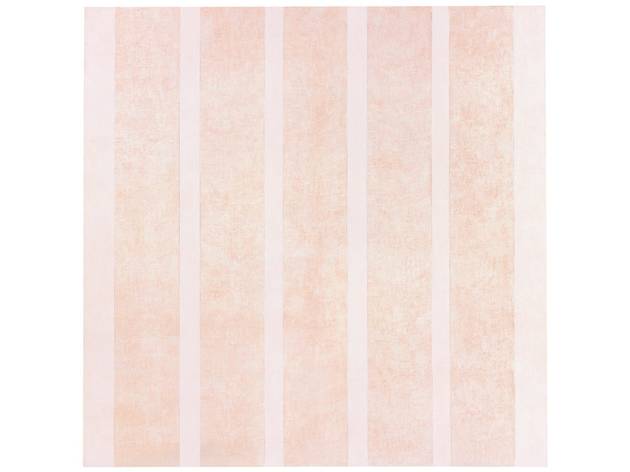 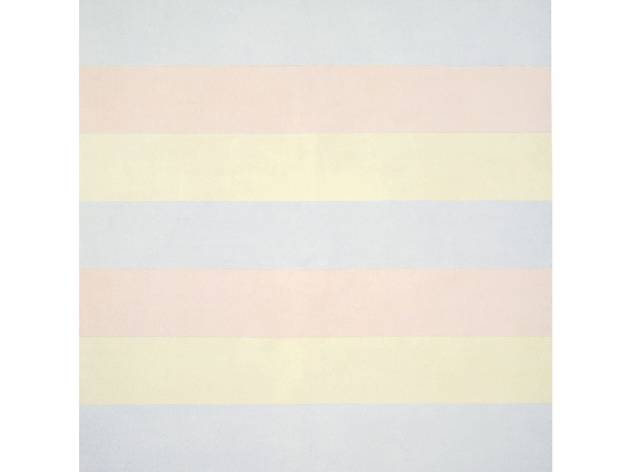 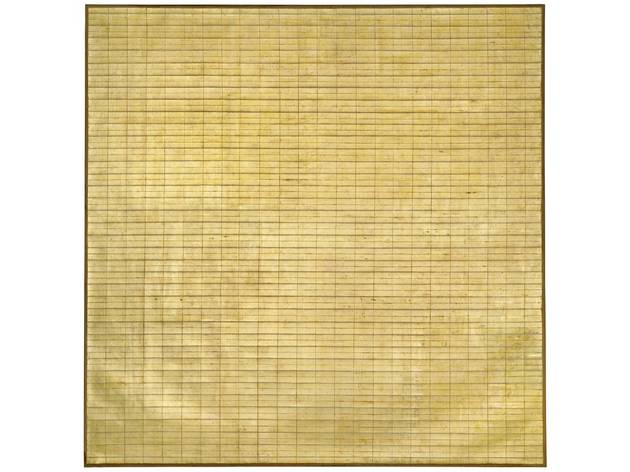 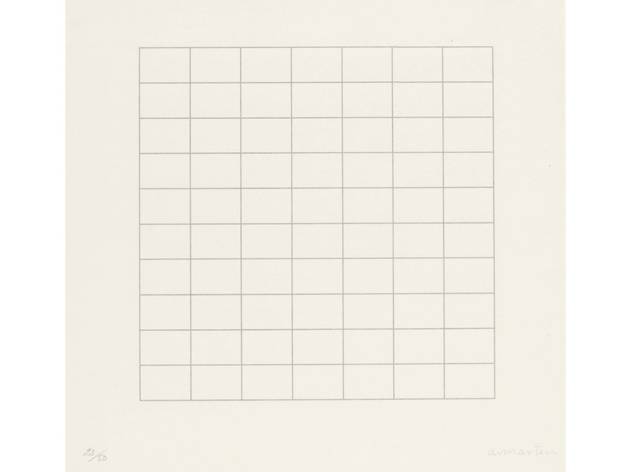 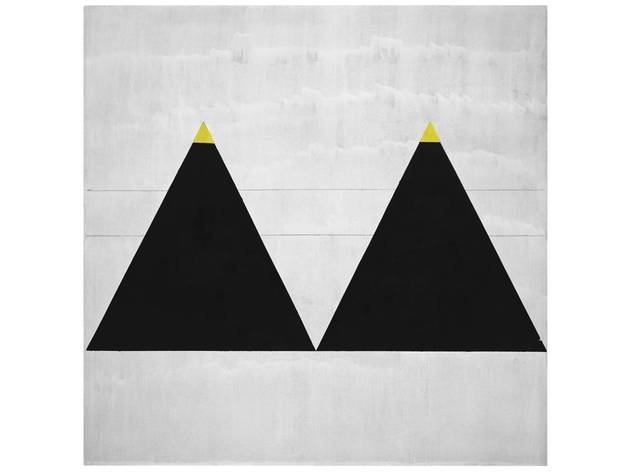 The kindly old woman squinting into the camera doesn’t look like one of the most uncompromising modern artists the planet has ever produced. She looks like a farmer. Yet, Agnes Martin is in many ways the ultimate minimalist, a genius celebrated for quietly luminous abstract paintings that rarely deviate from a template of horizontals and verticals, and a cult figure thanks to the extreme, ascetic life she felt was essential to create them.

You’ll see plenty of Martin’s meditative masterpieces this week, when Tate Modern opens the first big retrospective of her work for more than 20 years. For sheer sustained vision, it’ll blow your (stripy) socks off. And, for proof that her life was as extreme as her art, look no further than the mud building in the background of Gianfranco Gorgoni’s 1974 portrait (above). Martin built the place with her own hands when she arrived in the village of Cuba, New Mexico, in 1968, having sold all her possessions and fled New York the previous year. She worked there in self-imposed isolation until her death in 2004, aged 92, without TV, radio or newspapers, just her thoughts for company. Oh, and Beethoven. She allowed herself a bit of Beethoven.

On paper, one Martin painting is very much like another. Primed with gesso, drawn out with pencil and filled in with a few thin –sometimes almost homeopathically diluted – layers of oil or acrylic, each reads like a monastic exercise in getting from A to B. They die in reproduction, but put three together in a room and you’ve got yourself a hugely engrossing game of compare and contrast – how they variously bounce or suck in the light, seem open or dense, flowing or static. Martin saw her art as the equivalent of standing before nature. An entire show can feel as epic as an ocean.

Given to gnomic pronouncements about happiness, harmony, beauty and perfection (borne out in titles such as ‘I Love the Whole World’, ‘Gratitude’ and ‘Happy Holiday’) Martin tended to mask her work’s meaning by alluding to the eastern philosophies she studied. It’s tempting to read her repeated attempts to impose order on her art and herself as masking turbulence or unhappiness in her personal life. What we do know is that she was a diagnosed schizophrenic, and was hospitalised repeatedly through the early 1960s. She had visions and heard voices – it’s thought they urged her to leave New York, that she considered it a life-or-death situation.

Martin’s psychological state is certainly part of the rich mythology that has built up around her. Yet, in the flesh, the work doesn’t look like therapy, at least not in a ‘feel my pain’ sense. It hits an exquisite, sustained note and just keeps going. Appreciation takes time and a bit of patience. Give in to it, though, and you’ll discover a salve for our age of endless distraction. You could even say that, with the rise of ‘slow TV’, ‘slow journalism’ and artisanal everything, Martin’s art is once again in tune with the times. A very quiet tune, naturally.