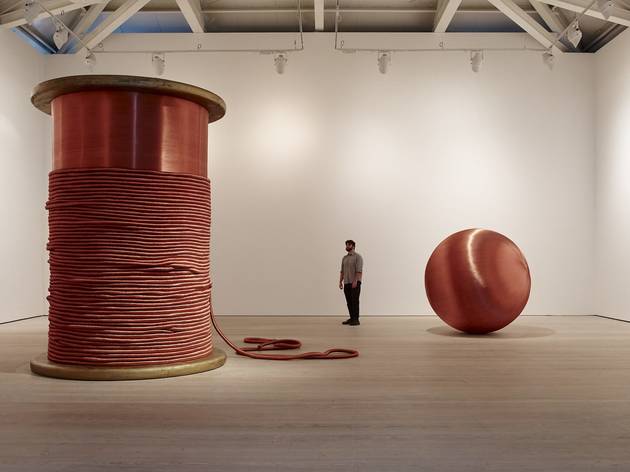 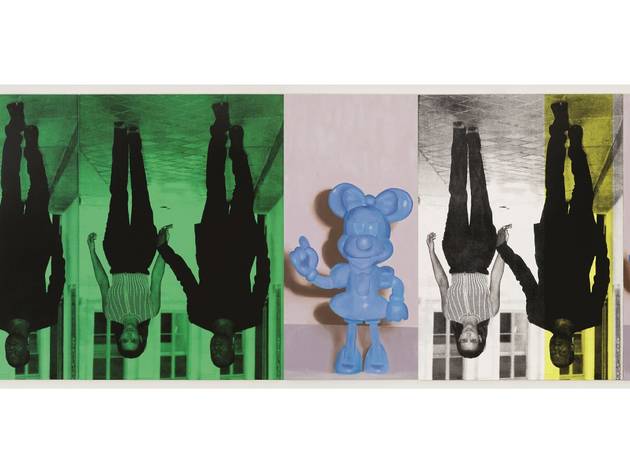 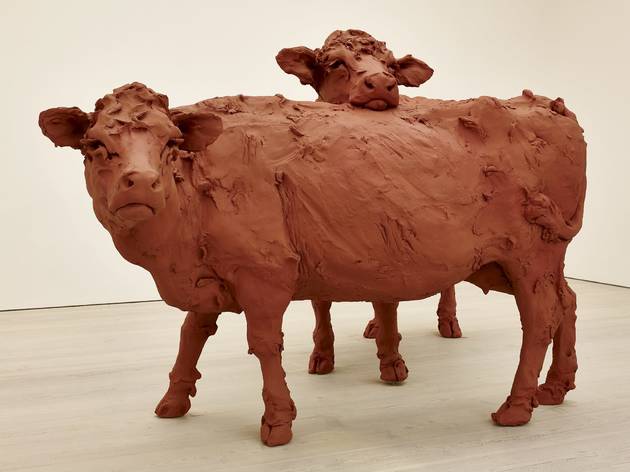 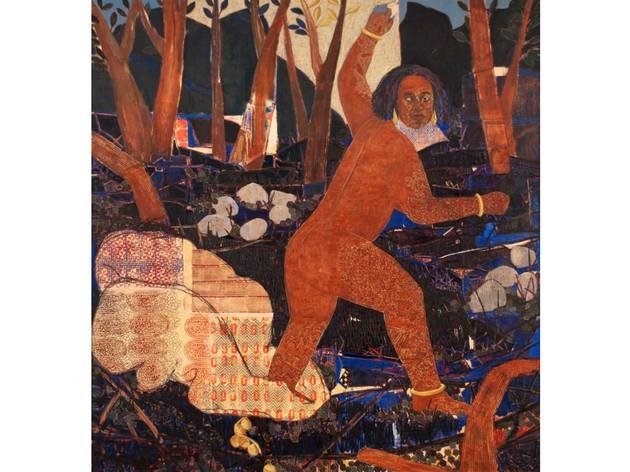 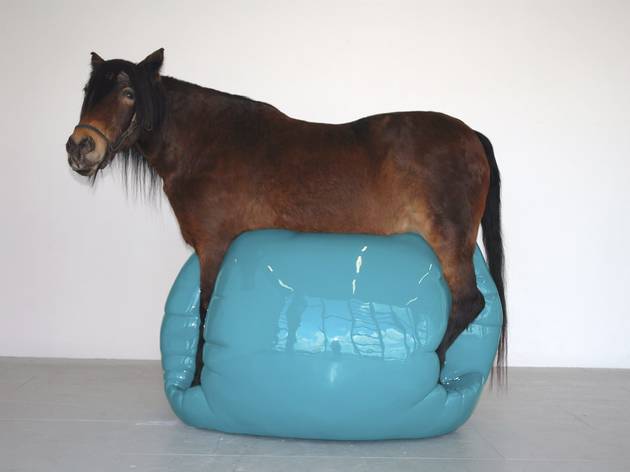 Charles Saatchi is kicking off his gallery’s thirtieth birthday celebrations with a show entirely by women artists. Wait, I hear you cry. Fourteen artists and nary a penis among them? Can that be possible? What can it mean? Not that much. Forever the clever ad man, Saatchi slices his art collection at his whim (usually by geography or medium rather than gender) then retreats, leaving us to make thematic sense of what might easily be impulse buys.

Fortunately, rather than inviting spurious connections, the show forces powerful one-on-one encounters with work by the emerging artists he currently favours. Most impactful is Saudi artist Maha Malluh’s wall covered with burnt cooking pots (pictured). Titled ‘Food for Thought – Al-Muallaqat’, it does that cool repetition thing that Saatchi evidently loves, but retains some residual heat in its subject matter, the charred bottoms of Malluh’s pans alluding, poetically, to any burnt-out idea or belief you care to think of.

The hang certainly helps Sigrid Holmwood’s paintings, which get a room to themselves. The London-based Australian’s work but they’ve never looked better. With a strange combination of nostalgia – she takes her subject matter from the Skansen living museum of Swedish life – and neon-hued, retina-singeing colour, they create an almost sci-fi atmosphere.

Saatchi law dictates there will be taxidermy and Soheila Sokhanvari, born in Iran, now based in Cambridge, supplies a dead horse (insult to injury alert) astride a deflating balloon. You sense Saatchi admired its surrealness, or its resemblance to recent Brit-art, rather than its stated metaphorical relationship to Iran’s ‘Green Movement’ uprising of 2009.

The exhibition title, ‘Champagne Life’, is taken from a work by the show’s star, Julia Wachtel. And it comes with a massive dose of irony. A latter-day Warhol (minus Andy’s zonked-out ambivalence), Wachtel splices images of celebs, beauty pageants and riots with kooky retro cartoon characters that appear to bear witness on events. While the title is borrowed from Ne-Yo (sample lyric: ‘It’s all about them fast car nights and them big boat days’), the image features Kim Kardashian and Kanye West, repeated and inverted, as a flat and rather empty lurid green and yellow frieze punctuated by a pale blue Minnie Mouse toy. It overflows with a kind of withering disdain.

In fact, a beautifully underplayed bolshiness can be found in the best work on display. But to buy into the idea that, collectively, ‘Champagne Life’ has much to say about gender in 2016 is to fall for the idea that these artists, aged from their twenties to their fifties, working across continents and media as diverse as painting, taxidermy and clay, should have anything in common with each other. Because they are women. And this (male) critic ain’t going there.