My Account My Profile Sign out
My Account
Search
Worldwide Europe United Kingdom England London David Harrison: 'I wonder where the ghosts are going to live in the future'

1/8
David Harrison in his studio with Harrison, the Toy Poodle 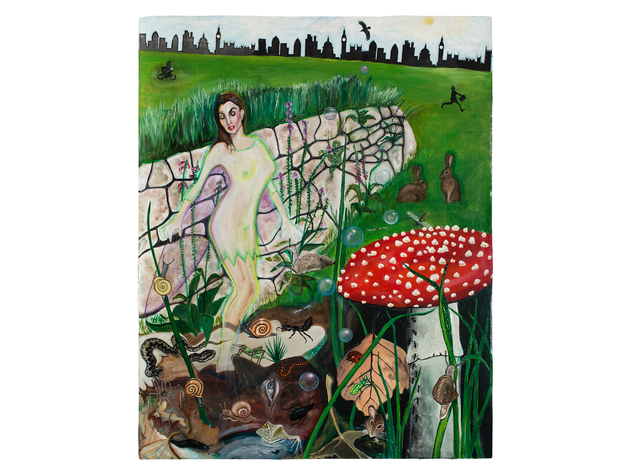 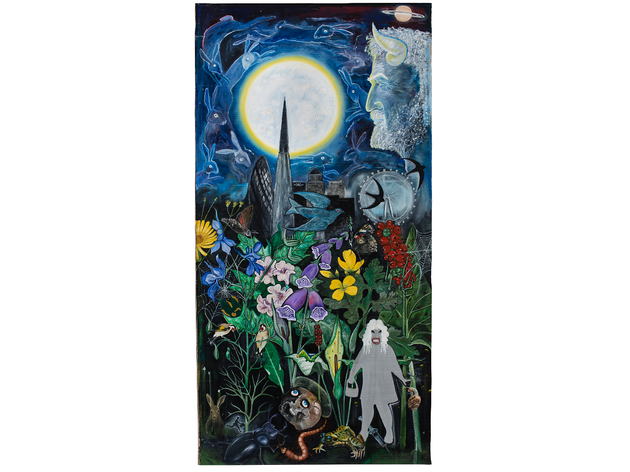 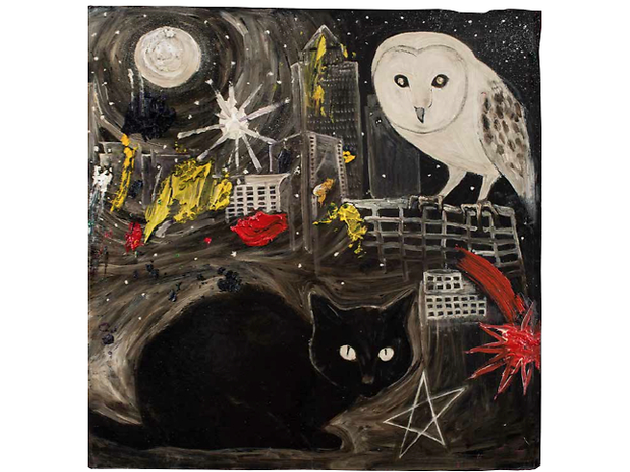 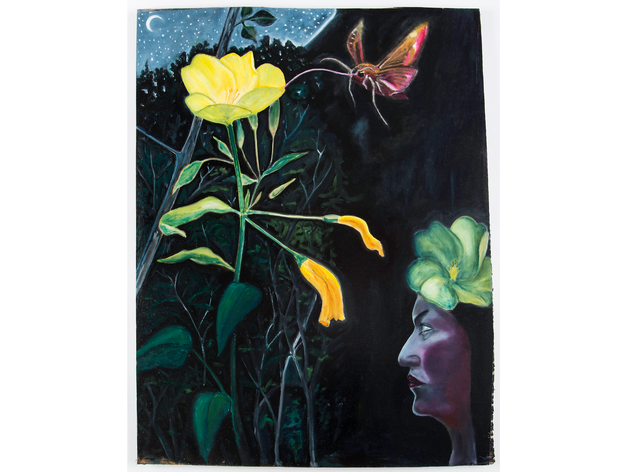 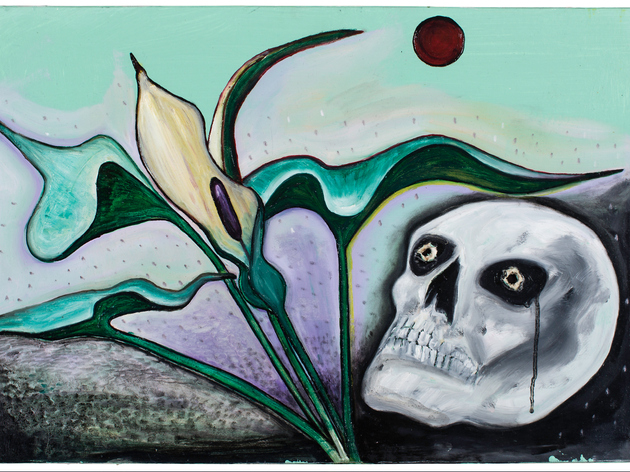 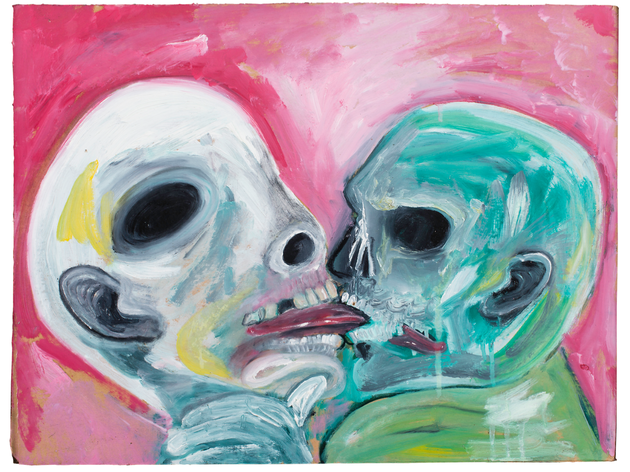 Where does the title ‘Flowers of Evil’  come from?

‘It comes from the book of poems by Baudelaire. He talks about the sense of things and I think he’s expressing sexual attraction, the way that, while some things are classed as not good for you, you enjoy them in a secret way. And it’s about the smell of nature and, I think, the smell of awareness.  I’ve made a perfume. It’s got stuff from my garden, which I’ve been soaking, and also some essential oils in it. It’s called “Enchanter’s Nightshade”. I wanted that idea of walking into the woods. The first thing you smell is violet leaf, quite sweet, and then it dries down to an earthy scent. At this time of year the earth gives off a sweetness when the leaves rot. I’ve always been obsessed by smells.’

‘The earth gives off a sweetness when the leaves rot’

Did you grow up surrounded by nature?

‘I grew up right by Wanstead Flats. When we were kids we used to sneak over at night. It used to be quite spooky. There’s this wonderful ruin and I remember when we were about 13 or something, we got this boat – they just used to be tied up – and rowed out to it across the lake. All these bats exploded from beneath the ruin and flew around us, and then the owls started going: woo woo. It was so exciting but also scary in a proper gothic way. It’s still very magical’

That sounds like one of your paintings. Do you still go regularly to Wanstead?

‘These days I like to escape to Wanstead when I want to have some green. It’s the nearest place to central London where you’ll hear skylarks. They nest there. It’s really lovely if you come at dusk. You’ll also see starlings swarming. That used to be a regular sight in Leicester Square. There were millions of them but they electrified the trees to get rid of them.’

Wanstead’s hardly the countryside though, is it?

The thing about Wanstead is that, while it’s certainly a breathing space because there’s something ancient feeling about it and it gets wilder and wilder the further into it you go, it’s so close to London, it is London. You can see Docklands in the distance. I’ve made lots of paintings where the towers – the glass horrors – are marching towards you, invading the countryside.’

‘I think everything that’s being built now is for profit. It’s not about helping the people, or the nation, it’s about making big business happy. It’s like it’s not you’re world. You can’t go near it: alarms go off, cameras will pick you out, it’s like nothing’s trusted, everything is suspicious. It’s like Ancient Rome or something, or when the Normans invaded and built castles everywhere. It’s like the new invasion. I just wonder where the ghosts are going to live in the future, cos they’re not going to haunt all these glass places are they?’

‘Everything is part and parcel of the cycle of life’

Are the figures in your paintings ghosts?

‘I slightly based some of the characters on Cicely Barker’s “Flower Fairies”. I started using all these “flower enemies” – good poisonous plants that are used medicinally. Like foxgloves – digitalis – which is really good for hearts. A lot of the plants people are terrified of are beneficial to mankind.

Some of the plants, like fly agaric, have hallucinogenic qualities. Are you drawing comparisons between creativity and altered states?

‘I use to have a caravan in Watchet [In Somerset], where Coleridge wrote the “Ancient Mariner” and went on his “opium drifts”.’

Have you tried opium?

'Not opium. But I took my first tab of acid on Wanstead Flats, that was pretty good. I remember I was sitting there and the first thing I said was: I can hear the grass grow. You know the song by the Move? “I Can Hear the Grass Grow”? How corny is that? But it really did happen. Then a dragonfly flew by and it sounded like a helicopter.’

Are there any flowers you dislike?

Do you sketch outdoors?

'I take photos for reference, which is bad really because it means I don’t draw so much now. You get out of the habit then it’s hard to do. I’ve got thousands of the same type of picture. When I see a crow sitting on a post I think: Oh, that’s fantastic.  And then you put it on your screen and you’ve got no end of them. But I do use them. Crows are great. They’re very sinister.’

Are you a landscape painter? A London painter?

‘It’s not as if you’d look at my work and say: Oh, I know that place. Because each painting has bits of this place and that place put into it. I think I’m basing the work on my experience of living in a town and the way people kind of wage war on different plants when everything is part and parcel of the cycle of life. There’s always a fight against nature when we should be running with it. We should be designing things that nature can live in as well as humans, even if we have to build a high-rise mud hut. I think that would be good. A mud hut going up to the sky with things growing in it. Just let whatever grows there grow.’