As a Londoner, you’re probably used to losing things all the time. Less often, you might find something great and take it home. I have a painted plywood cut-out of a rifle, which I found in the street. Someone else might have put it in a skip; I put it in the kitchen (I washed it first). This simple idea is the basis of a new show at the Foundling Museum in Bloomsbury. The Turner Prize-nominated Cornelia Parker has invited more than 60 artists from various fields to respond to the idea of ‘found’. Some have contributed artworks, some objects that they have discovered. Others have looked at finding themselves, or another person. Parker calls the show ‘a collective cacophony’.

There are some big names here – Jeremy Deller, Jarvis Cocker, Mona Hatoum – but what characterises many of the objects on display is their humbleness: worn spoons, an old shoe. This is partly a response to the Foundling Museum’s collection of ‘tokens’: when mothers handed over their unwanted babies to the hospital, they would leave a small personal object so that if they ever came back to reclaim their child, they would be able to identify it with this tragic pawn ticket.

While some of these objects might look like rubbish, the unexpected encounter – being ‘found’ – invests them with the power of the unknown and the untold. ‘The found object is something which already has a history,’ says Parker. ‘Hundreds of thousands of objects pass through our hands in our lifetime. A few we keep.’ I don’t know the story of my rifle. I don’t particularly want to. Its chance arrival in my life is another pin on the map where two lives intersect for a moment, then move apart. Read on for the stories behind some of the objects in the show. 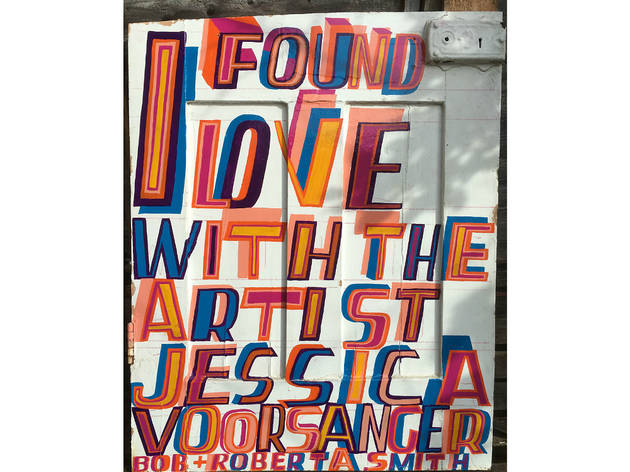 On February 24 2016 Bob & Roberta Smith attended an event with his wife, the artist Jessica Voorsanger, at which he met a number of inspiring people with extraordinary stories. On the way home he rescued half a door from a skip, on which he painted his proclamation of love, capturing a moment of pure happiness. 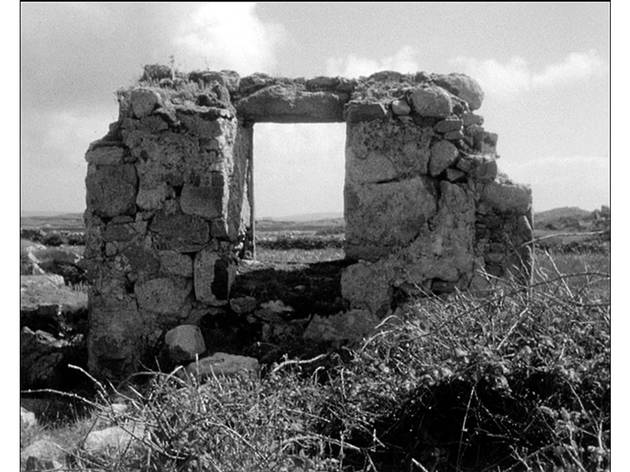 ‘Film’ captures the desolate landscape of Connemara, Ireland. Michael Craig-Martin spent three weeks there filming and submitted the only copy of the work for his degree. Having lost track of it, he assumed it was lost, but it was then rediscovered in 2000 by his daughter. It’s the only film he has ever made. 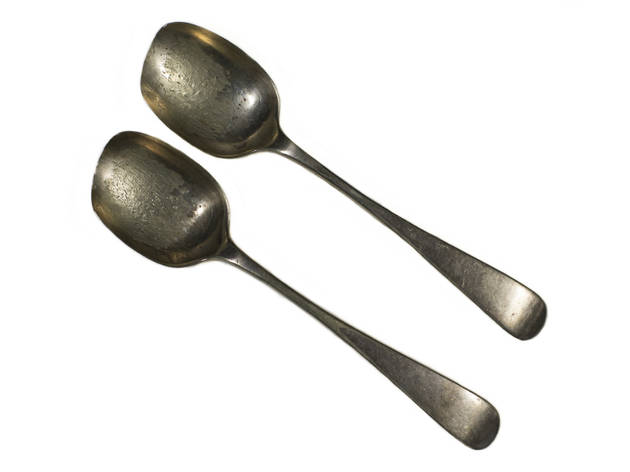 These silver-plated spoons were used by designer Thomas Heatherwick’s grandmother to make gravy for more than 70 years. Constant rubbing against the bottom of saucepans has worn away the ends into shapes the artist describes as ‘beautiful’. 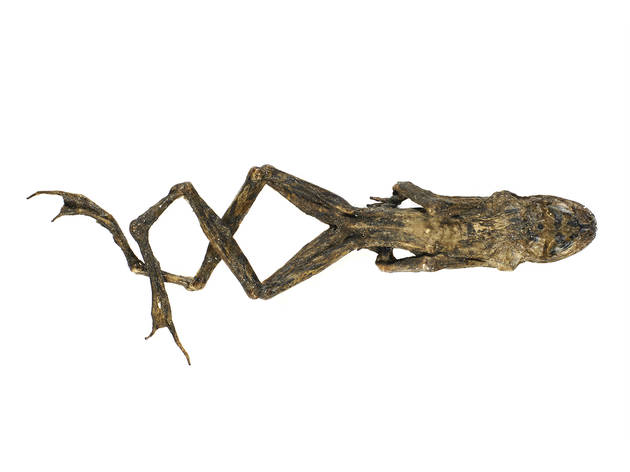 Sculptor Alison Wilding discovered this desiccated frog in her cellar a few years ago. She assumes it was dragged in by her cat. Taken by its balletic grace, the artist kept it in a safe space, cleaning it especially for display in the show. 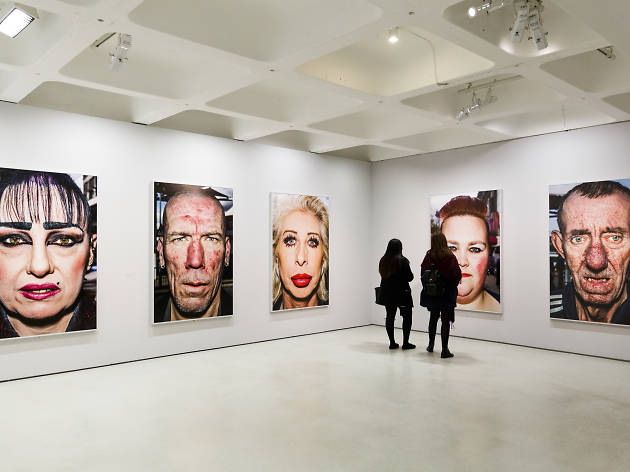 Fancy seeing an art show this weekend but no idea where to go? Well look no further. You can't go wrong if you head down to one of our ten favourite art exhibitions taking place in the capital right now.