New York artist Jennifer Rubell wants you to strip off to watch a film of her naked astride a horse in 'Not Alone'. But as she tells Time Out, it’s not about being racy – it’s about harnessing love

Places other than your home where you might take your clothes off: the pool, the gym, the doctor’s surgery. Somewhere you definitely wouldn’t get your bits out, at least not without ending up being nicked: a swish gallery in Mayfair. This week, however, Jennifer Rubell is inviting you to do just that at the Stephen Friedman Gallery. The show isn’t an open call to exhibitionists, though. To experience Rubell’s ‘Posing’ you’ll enter a room at the back of the gallery alone and, closing the door behind you, disrobe in close proximity to a film of the artist posing naked for a series of portrait paintings, some of which are on show in the gallery. The work, a humorous update of the traditional equestrian portrait (think decorated generals on their noble steeds) is provocative even for Rubell whose art – part performance, part sculpture – always demands a degree of audience participation.

The daughter of famed US art collectors Don and Mera (and niece of the late, legendary Studio 54 co-founder Steve), the 45-year-old made her name serving up crazily spectacular feasts for the great and the good of the art world that were as much installation art as they were dinner. From catering decadent art parties, she’s stepped into the spotlight making work that, still based around sharing, explores themes of intimacy and trust. Those themes come together in a second piece in this show, for which you’ll be invited to cradle in your arms a fragile, hand-blown glass sculpture of a newborn baby. For a third installation, meanwhile, Rubell is inviting us to use salt and pepper shakers from her collection to season boiled eggs. Over the phone, Rubell explains her reasons for wanting us to strip off and get hands-on with her brilliantly inclusive, experimental art.

Why do you want us to get our kit off?
‘I wanted this intimate viewing of the film. You’re nude, alone, and in the film I’m nude – on a nude horse! The whole portrait series came about shortly after I had my second child. I craved a context where nobody needed anything from me, no-one was asking anything of me, and I was just there posing. While you’re posing nude, you’re only there in that moment. It’s a very baroque form of meditation.’

Why the horse?
‘I’ve systematically been exploring traditional modes of portraiture. Portraiture itself is a means of exerting a certain kind of psychological control over the viewer. Equestrian portraiture is kind of doubling down on your position in regard to the viewer in that you’re even higher than the viewer as a subject. But all of that is subverted when you’re a nude woman because, well… you’re not quite Napoleon.’

Does it matter if we don’t get the art references?
‘The film’s a way of reframing the relationship between the viewer and the subject, but maybe it’s only there so that you can be there and just feel yourself nude in the space – and have a reason to be nude in the middle of Mayfair on a sunny day!’

Do you think it’s an artist’s job to break the rules?
‘I think it’s an artist’s obligation to fix the world in the sense of not accepting it as it is. So, for example, the fact that for the last few hundred years you aren’t meant to touch an artwork doesn’t mean that those are the rules, capital R. I’m asking for a fundamentally different engagement. I’m asking people to rewrite their feelings toward the art object.’

What behaviour are you challenging with your glass sculpture of a baby?
‘Instead of thinking: I shouldn’t touch this, you’re thinking: I shouldn’t drop this. It’s a certain kind of responsibility, a basic gesture of trust. I’m asking the viewer to feel the preciousness of the human child and the preciousness of an artwork and believing that on both fronts no-one’s going to drop the baby; that ultimately we as humans will actually take care of each other, take care of the things that are dear to us. It’s a very optimistic piece for what I feel are very pessimistic times.’

Is the egg piece also optimistic?
‘I’ve been collecting these salt and pepper shakers for a long time. They’re this kind of vernacular sculpture that’s completely fascinating to me. There are about 40 or so of these pairs. What’s interesting is that they all have to do with the idea of the opposite, so there’s a two-faced groom with a two-faced bride, there’s the classic mouse and cheese, a squirrel with a walnut. And they’re all dealing in cultural stereotypes, which is really fun. The piece consists of these two very minimalist shelves and on the shelf below the shakers are these hard boiled eggs which the viewer peels and then seasons with the salt and pepper shakers. All the work in the show has to do with my longing for the other, our collective longing for the other. This is kind of a funny situation where the eggs are the product of these ridiculous pairings. It’s an idea of a pairing that has nothing to do with reality.’

You grew up in the art world yet you seem determined to challenge it. Where does your rebelliousness come from?
‘I would say that my entire childhood was spent in environments where I felt completely uncomfortable – which is the feeling you can have when you’re looking at art: that it’s this thing that you don’t understand, that you can’t interact with and you have to behave in a certain way. The show has a lot to do with the moment we’re in globally and the moment I’m in personally. It has to do with this very strong desire to acknowledge the link that exists between us as humans. The world feels like it’s no longer at a human scale, it’s at a mega-corporate scale.’

So you’re trying to bring a little tenderness?
‘Absolutely. The entire show is a little bit of a love story between me and the viewer: we’re able to have an intimacy with each other through art. It’s explicit in my work but I think that’s true of the relationship between any artist and viewer. You’re putting something in the world to give to another person, and the closest thing we know to that is love.’ 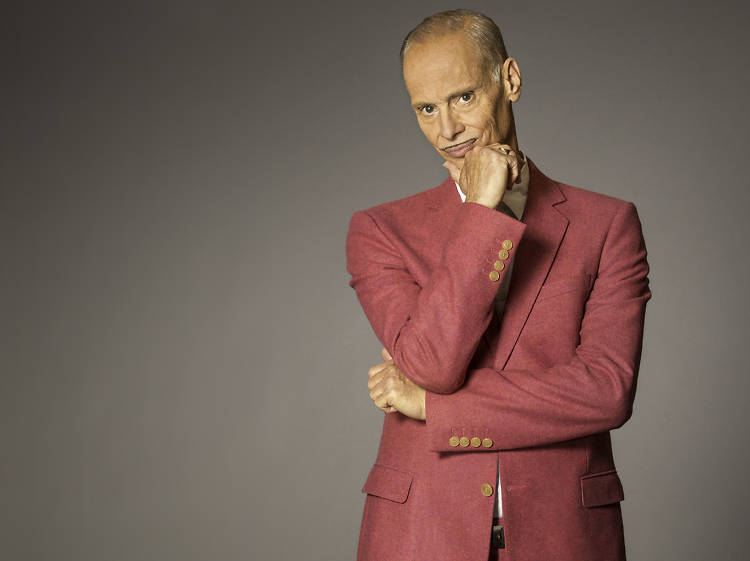