Art
Recommended
4 out of 5 stars 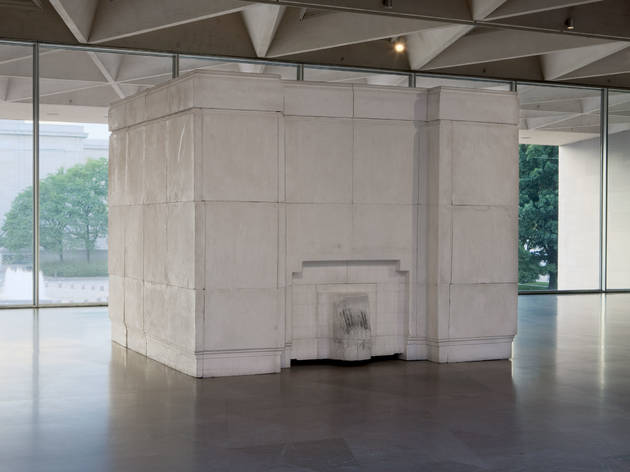 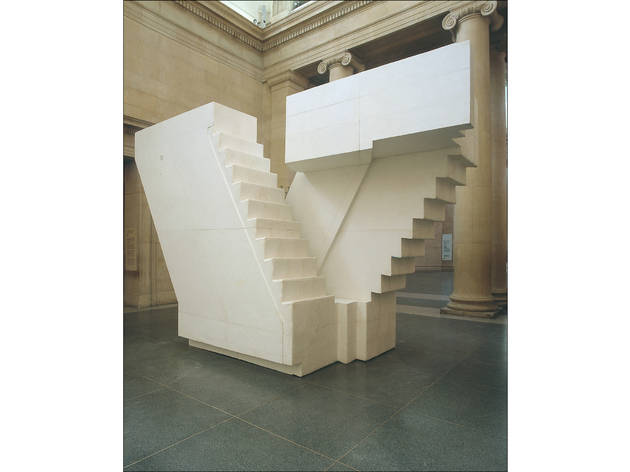 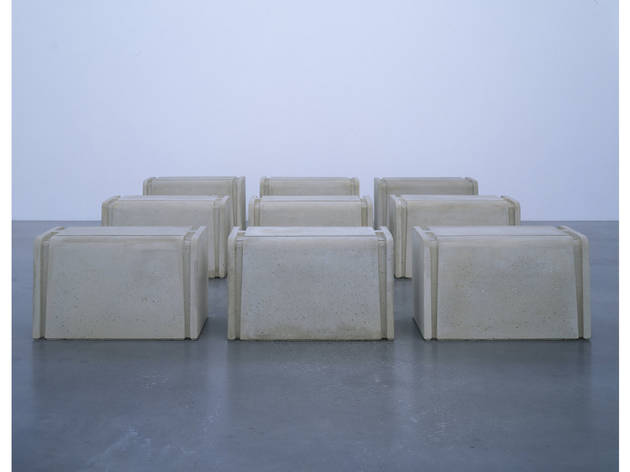 It’s what’s on the inside that counts, at least that’s what my mum says. Rachel Whiteread must have been told the same thing growing up, because the influential British sculptor (and first female winner of the Turner Prize back in 1993) is singularly obsessed with the inside of objects. Over a 25-year career, she has managed to create a powerful, defined, unique aesthetic by disregarding the outside of things and instead examining the emptiness within, often to devastatingly emotional effect.

You walk into this show to be confronted by a city turned to ash. The early works are casts of the negative space of a fireplace, a bath, a closet, a hot-water bottle; it looks like the fossilised remains of the entire contents of a lost home.

All the walls in the gallery have been pulled out to create an open space, so you can’t really walk through this show chronologically. Instead you stumble from monumental sculpture to monumental sculpture, dwarfed by concrete, plaster and resin. Mattresses lie across one wall, doors and windows across another, a staircase leads to nothing in the middle of the room, a row of bookshelves holds no books, only the impression of them.

Tate Britain hasn’t bothered with wall texts here, and the info handout’s pretty flimsy, so it’s left out some important emotional context as a result. The newer works aren’t that exciting either, nor are the works on paper. And you can’t help feeling that most of the bigger works would be happier outside, heaving their heft about in the real world. It all feels a bit mausoleum-ish, like a builders’ merchant in a funeral parlour.

But that doesn’t eclipse how great and important most of Whiteread’s art is. There are roots to it – the minimalism of Carl Andre, the resinous structures of Eva Hesse – but she aims for the gut. She uses the ideas of abstraction and minimalism to document very real things. These are tombstones, concrete effigies of moments that are gone for good. There’s death here, lost love and youth. The house that staircase was in is gone, the years she spent sleeping on that mattress are too. This is work about time passing. It screams with thousands of lived moments that are gone for ever, and this is all that remains.