My Account My Profile Sign out
My Account
Search
Worldwide Europe United Kingdom England London Sarah Lucas: 'Why would anyone be shocked by a cigarette in somebody’s bum?'

I love Sarah Lucas. My ardour isn’t just because she is the greatest product of the YBA generation, a maker of fantastic fags, booze and bawdy humour-filled art. If Damien Hirst and Tracey Emin were the media-friendly leaders of pack, Lucas always seemed to have the best laughs. She’s the one you’d want as a friend.

Three ciggies into a Friday morning, however, Lucas is playing a little hard to get. She just can’t think why anyone would find her life interesting, especially since she quit London for Suffolk more than a decade ago. ‘I’m more or less a country bumpkin,’ she says at one point. But bumpkins don’t represent Britain at the world’s fanciest international art event. Last year, Lucas flew the flag for us at the Venice Biennale, and did us proud. The walls of the British pavilion were painted custard yellow, mplinths were made from tins of Spam and dotted here and there were ‘muses’, plaster casts of the naked, bottom halves of Lucas’s female friends. With a glorious Lucas flourish, each ‘muse’ sprouts a fag from its nether regions. Three ‘muses’ are currently on display in the yellow drawing room of architect Sir John Soane’s Museum in Lincoln’s Inn Fields. It’s one of the very few occasions contemporary art has been allowed to mingle with Sir John’s collections of fine art, furniture, antiquities and curiosities.

Do you know Sir John Soane’s Museum well?
‘I went years ago and hadn’t been back. But that yellow room has always stuck in my mind.’

So there’s a link between the museum and the colour of your Venice show?
‘I don’t know if it was the reason that I suddenly decided to do yellow. Things come about in much more of a tumbly sort of way.’

Tumbly? You’re not a nine-to-fiver, then?
‘No, not at all. I sometimes wonder how I get things done because I don’t ostensibly seem to be doing that much a lot of the time.'

Do you have a studio in Suffolk?
'I make work wherever I am. I actually made the so-called 'muses' in London. It was easier for the models and I don’t have that sort of space. I work a lot in the house. I have got a big shed in the garden but I can’t say I’m in it that much.'

‘I feel like Sarah Lucas has become somebody else’

Your ‘muses’ are all old acquaintances. Do you prefer working with people you know well and for the work to come from eveyday life?
‘I seem to. All the sculptures were friends of mine. Then at the workshop, I had three girls working with me, who are three of the “muses” as well, putting the moulds together and filling them up with plaster. It was just really good fun. And the place was full of blokes, which is very useful when you’ve got great big heavy objects like that.’

How did the blokes react?
‘They were really good. And they made the tea, which was novel.’

You’re famous for ballsy, in-yer-face art. Do you ever feel a pressure to be ‘Sarah Lucas’?
‘I actually feel like Sarah Lucas has become somebody else. I don’t know what to call myself: “The other Sarah Lucas”?’

Has the Soane Museum expressed any nerves about hosting your work?
‘They’ve been very good about it, because I think they do have some quite conservative punters. I would have liked to have the whole of my Venice show crammed in to the Soane, that would have been more in keeping with the Soane, I think. But the three sculptures make a nice group. And, of course, they’re quite funny in the context of the Soane.’

Are you expecting controversy?
‘I always think it’s a bit funny, when you see all the shocking things in the world, just on the TV, endless women getting tortured and murdered. You think: Why the hell would anybody be shocked by a cigarette in somebody’s bum?’

Why do you think some people still get hot and bothered about your work?
‘I think it makes people feel self-conscious, that’s why. When people are in museums and galleries and they’re looking at something they become aware of themselves doing it, which you perhaps don’t if you’re sat in front of a screen. And actually that’s a good thing. In a way, it’s the point of art.’ 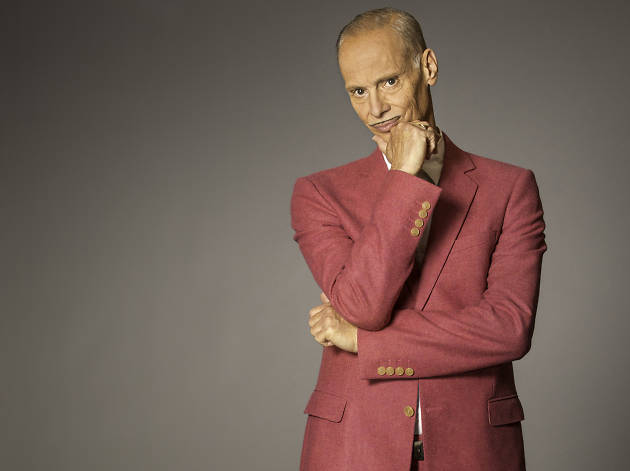