Art, Galleries Waterloo
2 out of 5 stars 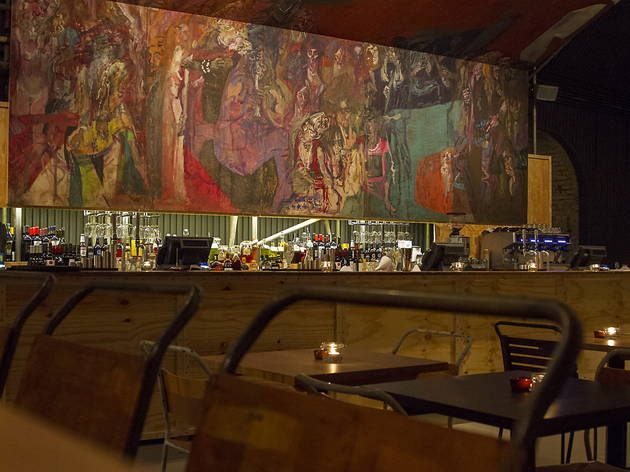 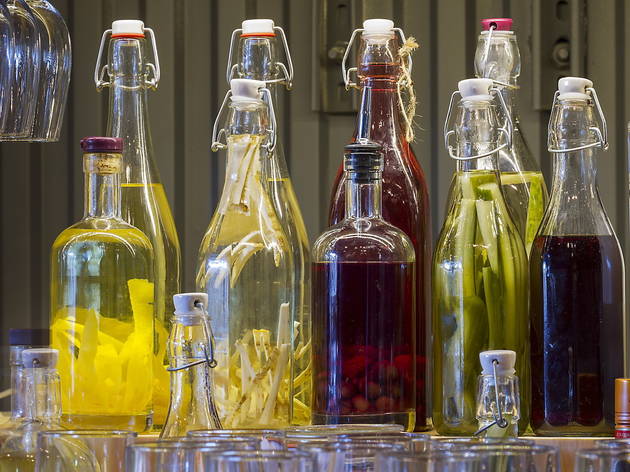 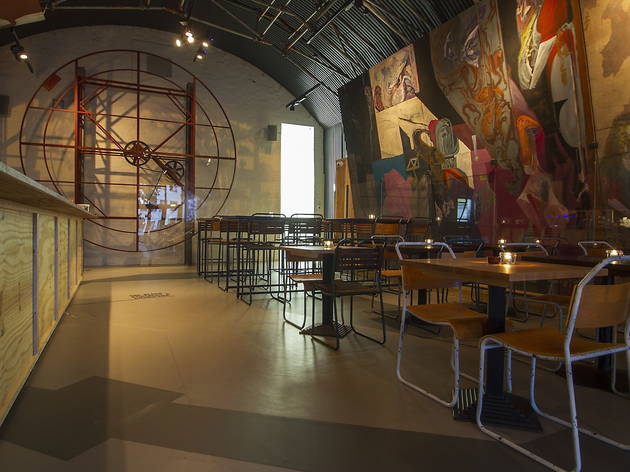 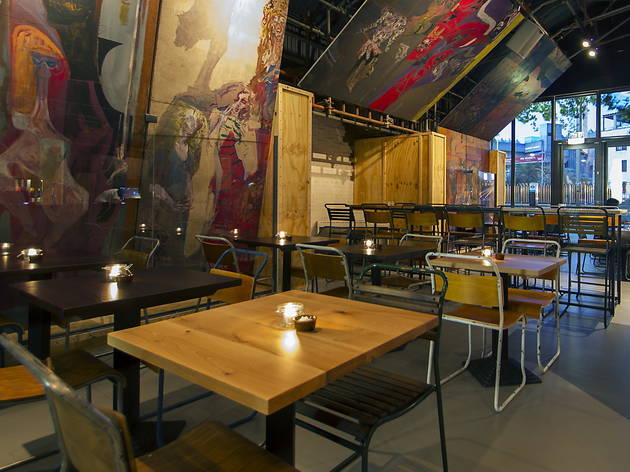 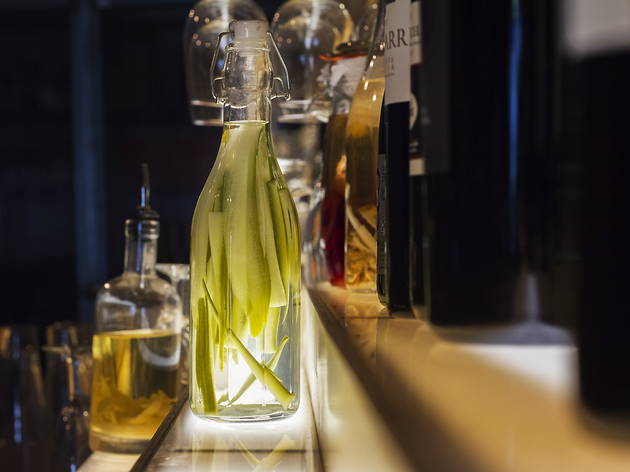 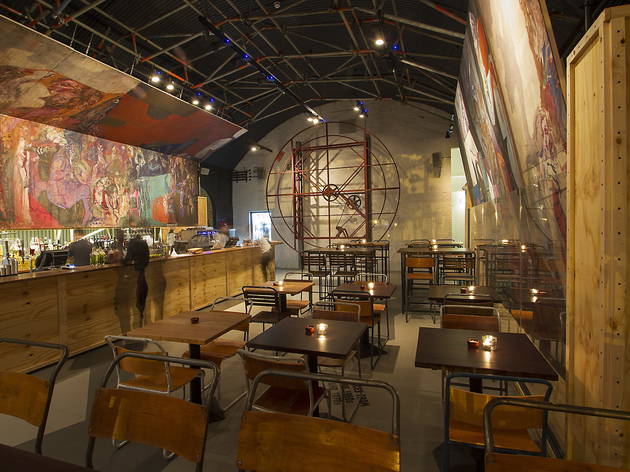 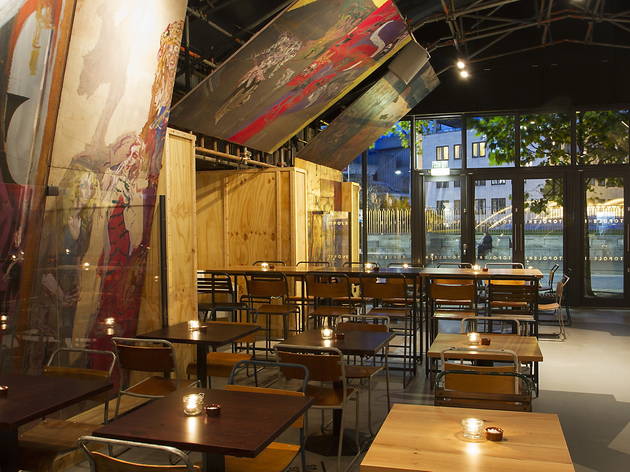 The bold black words ‘Belsen’ and ‘Nuremberg’ painted on the floor inside the entrance to Topolski are presumably a nod to the space’s former life. For it was here – in a lofty railway arch on the Southbank – that Polish war artist and muralist Feliks Topolski created the Topolski Century art bunker, a visual world ‘tour’ that reflected on monumental global events. The chilling floor décor isn’t the only unsettling note about the bar/café, which despite the colourful artwork and a winning industrial aesthetic, somehow still manages to feel cold, dark and dreary.

At least the food should be good, as it’s a largely eastern European-inspired menu drawn up by Company of Cooks chefs Bruce Wilson and renowned pastry chef Claire Clark, promising a mix of soups, snacks, lunchtime mains and sharing boards from day to night. But, as with the space, it’s a mixed bag; the fish board featured a knockout beetroot-cured salmon and pickled herring, but a charcuterie selection was the kind of thing most of us could put together from the chill counter of our local Lidl – with portions minuscule for a fairly pricey £7.50. A pleasantly smoky beef shin goulash lacked the heartiness our empty stomachs craved, leaving us eager for more food, but too late – it was past 8pm and hot dishes were no longer on offer.

The impressive range of drinks – including house-infused vodka cocktails and gins, and Prosecco on draught – remain a draw, and suggest that the emphasis after dark is firmly on the drinks.