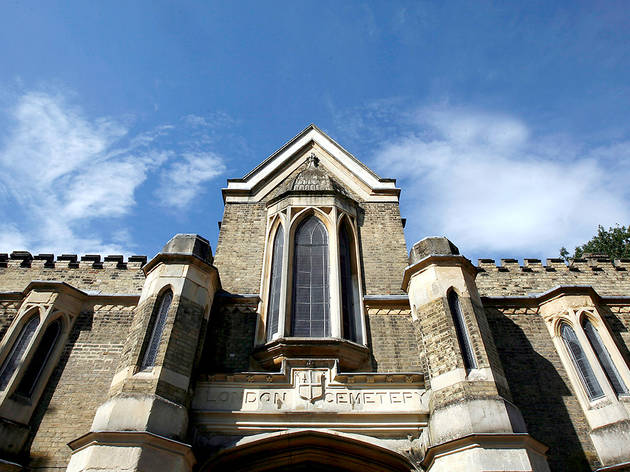 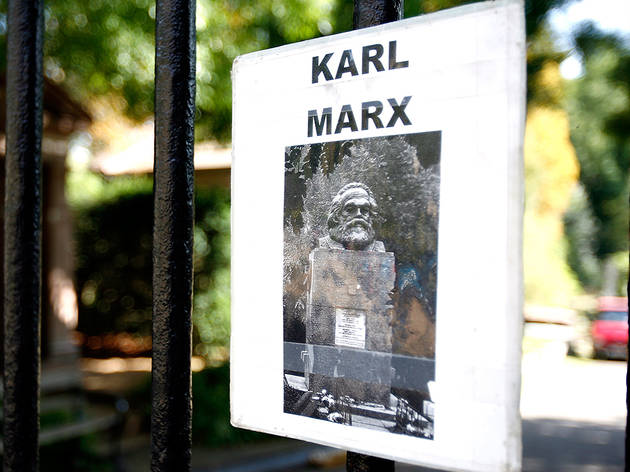 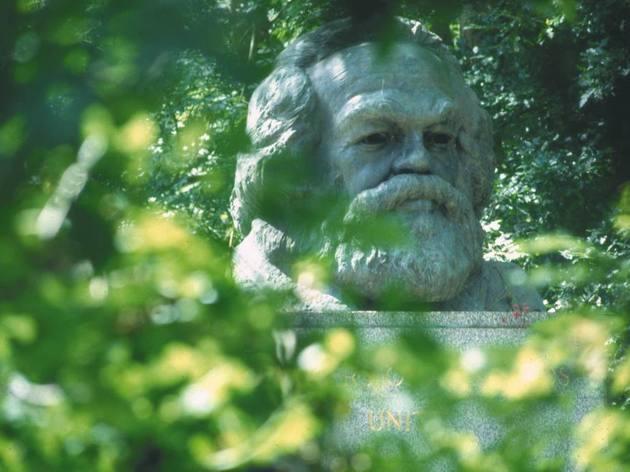 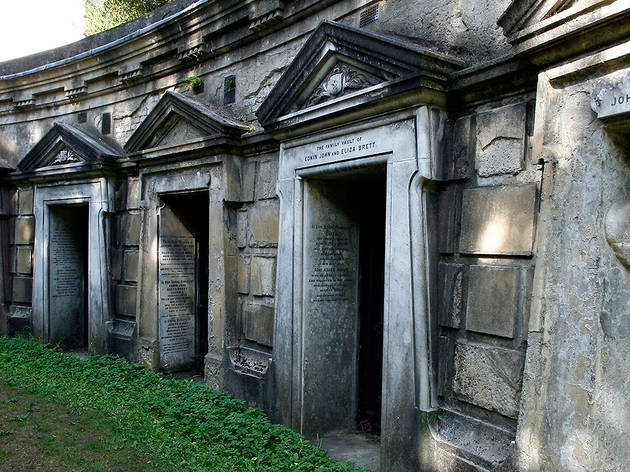 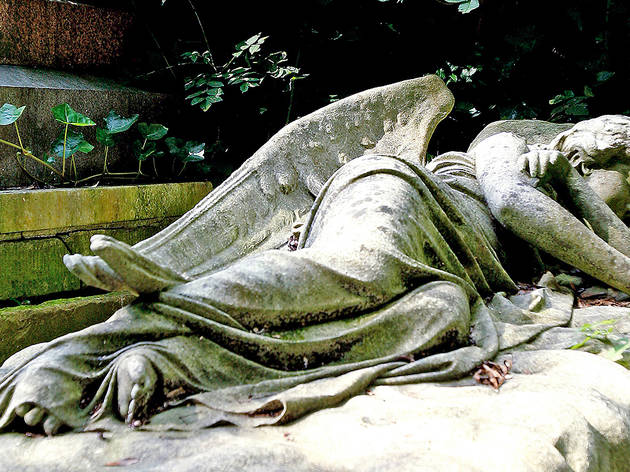 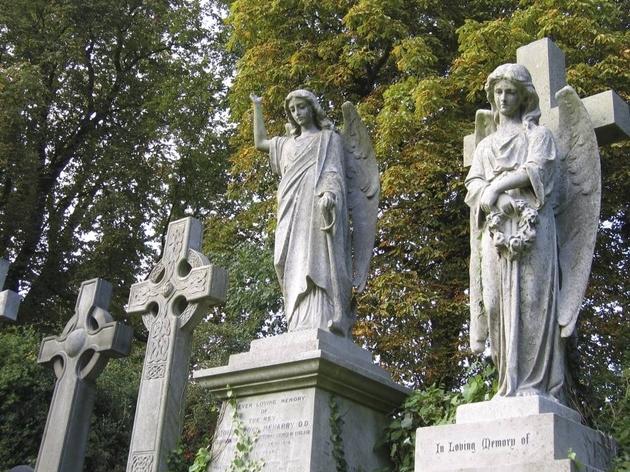 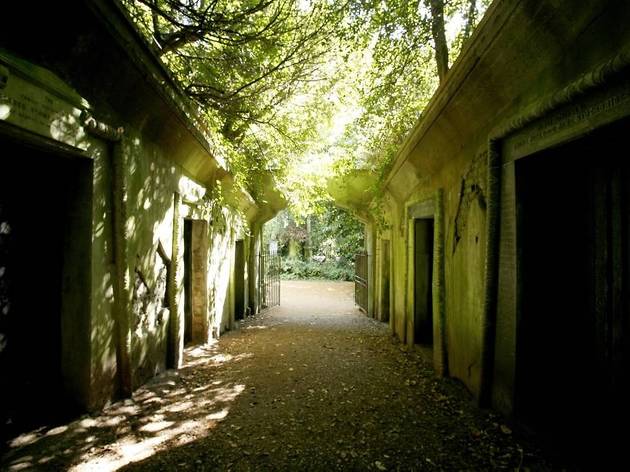 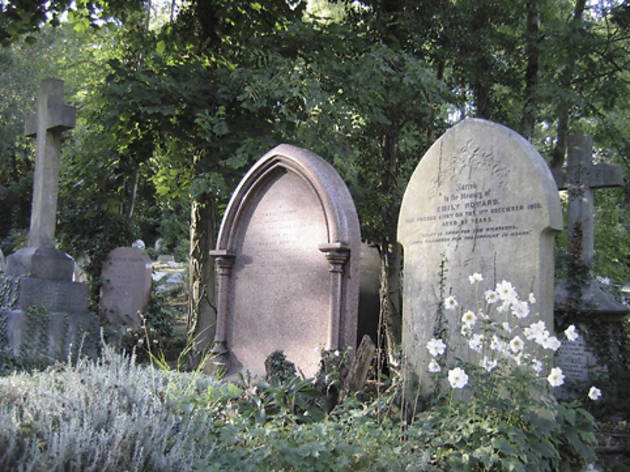 A day out a cemetery may not seem like everyone’s cup of tea, but for Highgate Cemetery, you might want to make an exception. Following an 1832 Act that encouraged the building of private cemeteries outside of the City of London, seven major cemeteries were built – including Highgate, in 1839.

Originally run by a private company, the cemetery fell into disrepair in 1970 which led to its new carers ‘The Friends of Highgate Cemetery’ taking over the day-to-day running of things, from 1975 up to the present day.

Today, you can go and witness Highgate Cemetery in all its crumbling glory. Several of its catacombs are Grade II-listed (English Heritage has even pronounced the site as a whole Grade I-listed), and there’s a number of famous remains within the cemetery's grounds, including poet Christina Rossetti and architect Sir Lawrence Weaver.

Open daily expect Christmas Day and Boxing Day, the East Cemetery is where visitors may roam freely (once they've paid the admission fee), and try to find Karl Marx’s grave hidden away. The West Cemetery is only accessible by guided tour, which must be booked in advance. However, don’t think that it will be purely a morbid affair - the history of the site and the architecture alone are enough to take your mind of the fact you’re essentially wandering around a very large graveyard.

Highgate Cemetery is one of the most underrated attraction in London in my opinion.

Split into two (East and West cemetery), the cemetery dates back to the Victorian times and is the burial site to ordinary folks like us, to some of the world's most famous people. I won't spoil the fun for you but of course, Highgate cemetery is most well known as being the resting place of Karl Marx. He's located in the East side of the cemetery.

If you want to see the West cemetery, you can only enter with a guided tour. I highly recommend visiting on a weekend where you can simply walk up to the front desk and buy a ticket. It's £12 (adult) for a guided tour of the West and your ticket also allows you entrance into the East cemetery (normally £4)Tours depart every 30 minutes from 10:00 - 16:00.

Our tour guide was hugely knowledgeable informative and good humoured. On the tour, you'll learn surprising facts about the cemetery, visit the tombs/ catacombs/mausoleums of some of the most colourful characters in days gone by, listen to stories, and admire some of the most exquisite sculptures you'll ever see. The cemetery itself is serene and you really feel like you're connecting with the afterlife.

I know what you're thinking. Visiting a cemetery is probably not how you envisaged spending your free weekend. But as our tour guide told us (and which I agree wholeheartedly after this my visit), a cemetery is filled with interesting people who, albeit may not be alive today, has the most intriguing life. Even the ordinary folks buried here were quite colourful! I can't speak more highly enough of this tour and easily ranks as one the top tours/attraction in London.

It might sound weird or morbid.... but I spent the afternoon at Highgate Cemetery recently, and it was one of my favourite afternoons since I moved to London seven years ago!

It was a lovely sunny day, and we decided to go on the tour of the West Cemetery first. It was very interesting, and absolutely beautiful, particularly the Egyptian Avenue and Circle of Lebanon. The Cemetery itself is vast, but the tour covers a good amount of ground and our tour guide was very knowledgable.

After the tour, we went over to the East Cemetery to see the graves of Karl Marx, Jeremy Beadle (& many more...). Then we walked up to Kenwood House and various pubs in Hampstead to finish our day nicely!

I'd highly recommend the same afternoon to anyone!

I visited both of the cemeteries a few years ago.  One of them was a bit more expensive, but you got a guided tour and the other was a few pounds and you could wander around by yourself.

With the guided tour side, there are large mausoleums and tombs as well as normal gravestones.  The guide told us stories of various inhabitants, the most odd one for me was finding out that Alexander Livtinyenko is buried there, but very deep down.  We were allowed to take pictures, with the exception of a couple of graves, one of them being George Michael's mother's grave.

After having visited the above cemetery and wondering why I hadn't seen Karl Marx's grave, I returned another day to visit the other cemetery.  This was also interesting, although I preferred the first cemetery due to the guided tour.  I saw the gravestone carved with the word 'Dead' and there was one which I think was temporary that just said 'Malcolm was here'.

It is definitely worth paying bot of them a visit

A beautiful yet morbid sort of an attraction is Highgate Cemetery. It is a lovely little jaunt in the Highgate hills! Go and see some of the great people in history's final resting place. They have been buried there to be seen,a strange anomaly but one I am pleased I have visited. On a nice day you can see the likes of Douglas Adams,Malcolm McLaren and Bert Jansch. Like a cemetery out of a gothic novel,witness the headstones all on top of each other and vines climbing the rockery throughout. Haunting and fairytale-esque all at the same time. Captivating stuff.

A walk around Highgate Cemetery in North London is a real treat. You can walk alone around the smaller east side and get a flavour of what's to come.  Carefully laid out but not over-managed, if the sun is shining this makes a pleasant way to spend an hour.  It is worth joining a tour to see the west side of the cemetery where many great people are buried.  Understanding the history beyond the graves brings many past lives back to the present. From political figures to authors and boxers with their dog,  this tour is well worth the money.

Highgate Cemetery is fabulously spooky and located not too far away from Hampstead Heath. The West side you have to book in advance but the East side is a little easier and is open every day for a small entrance fee. It is really peaceful and also impressive with it's huge scale and beautiful monuments. Wondering around there are plenty of famous burials of Karl Marx, Douglas Adams and George Eliot amongst many, many others. It is very tranquil and perfect for reflection as looking at gravestones can certainly make you ponder your existence so it is impossible not to leave feeling like you should seize the day. Highly recommended and head to Hampstead Heath afterwards to make the most of the area.

Perfect for a romantic sunny afternoon or a gloomy Halloween day, Highgate cemetery is a destination for most occasions. A lot of highly influential people are buried, the most famous of them probably Karl Marx. I particularly love the cracked open tombstones that look like someone has tried to escape it. I've also heard an urban legend saying that floating silouhette would be haunting the grounds and draining small animals of their blood... Who said vampires didn't exist? You need to pay to get in but I think it's a mere £4 so definitely worth it. You should visit the beautiful park - free - located right next to the cemetery too if you're going all the way up to Highgate.

I know a lot of my friends do not like visiting places where dead people are. But I find the eerie atmosphere of cemeteries romantic and actually soothing. Looking at the ruins of tombstones and other majestic mausoleums, sometimes completely taken over by the vegetation and other massive trees, it’s something special and quite surreal.

If you’re like me, you’ll think Highgate Cemetery is truly worth a visit – especially the West side. I know it’s hard to get tickets but keep trying because the scenery is absolutely fantastic (and super Instagram worthy if you ask me!)

I've always had a soft spot for cemeteries and how they reflect the past of any city. Strolling around a cemetery and imagining the lives of those, who found their final resting place.

My first visit to Highgate cemetery, a couple of years back, left me in awe.

Starting with the walk through Waterloo Park (with a lovely view down on the city) and finding yourself in one of the most fascinating places.

Both parts are worth more than just one trip and the guided tour gives you an experienced insight on London's past. Highgate cemetery is a place for everybody - I'd strongly recommend going there in autumn, when the leaves turn and all is set in a golden glow.

This is one of the best places to visit in London, and I wouldn't normally say that about a cemetery. Set in one of the most beautiful parts of the city, it's worth the steep climb as both sides of the cemetery are fascinating

The Cemetery are now running their tour of the western cemetery throughout the winter and we had a chance to see it on a frosty afternoon last week. - fabulous.

Both the East and West cemeteries are fascinating. If you're thinking about visiting both, it's worth investigating becoming a Friend of Highgate Cemetery, which you may discover works out cheaper.