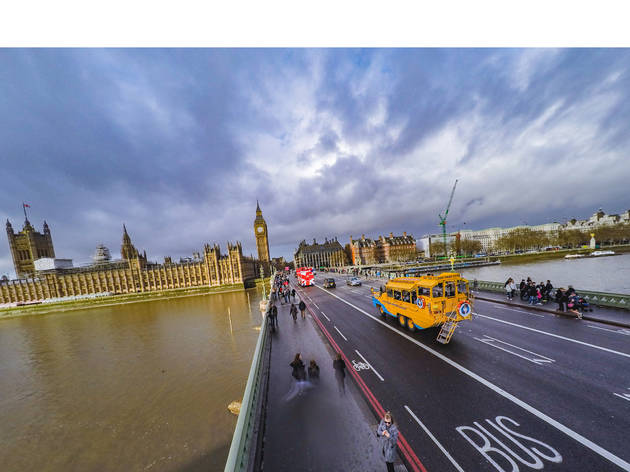 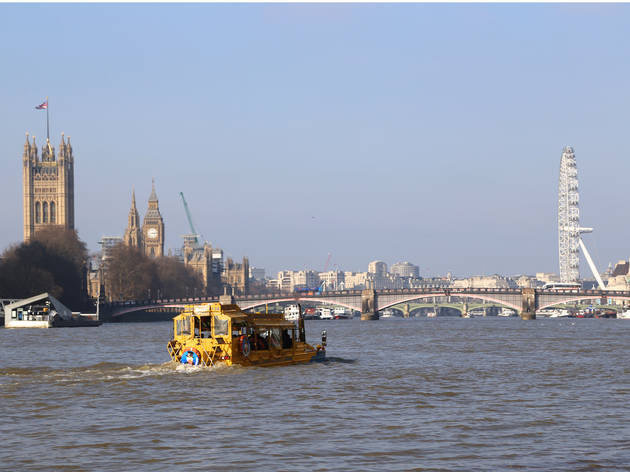 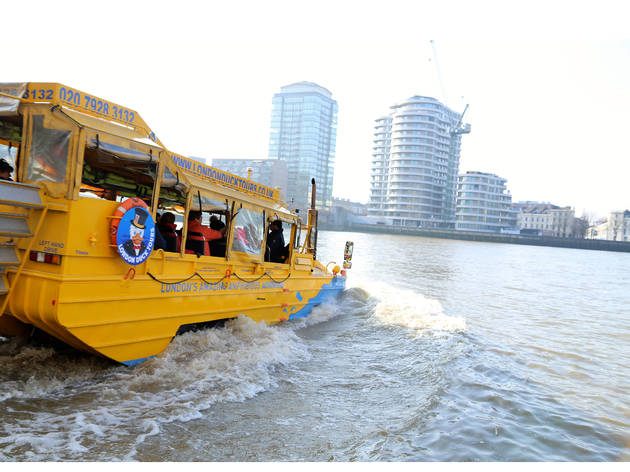 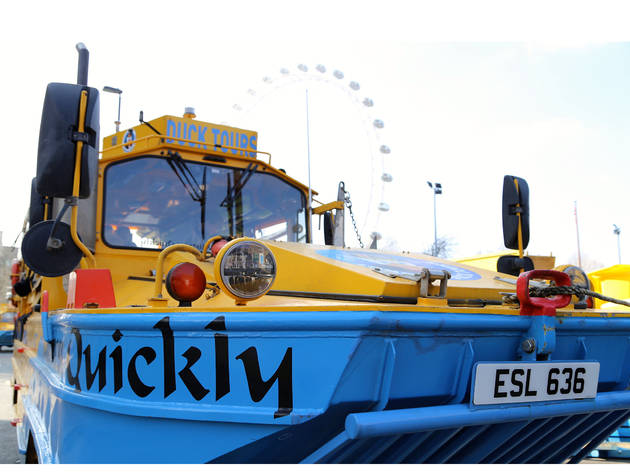 LONDON DUCK TOURS ARE NO LONGER IN OPERATION

If you’re looking for a unique way to see the sights of London, they don’t come much more strange (or yellow) than London Duck Tours – amphibious landing craft that tour the roads and then splash down into the Thames for a river cruise finale.

Known during World War II at DUKWs, these odd-looking vehicles were originally created using the automotive expertise of General Motors and the skills of a company of New York City yacht designers. These ‘Ducks’ were crucial to allied invasions in wartime, most notably the D-Day landings, and a handful of the surviving craft have been painted in rubber-duck colours and refurbished as tour buses.

A classic sightseeing London Duck Tour sets off from the gardens close to the London Eye, crossing the river by bridge and going past the Houses of Parliament, Westminster Abbey and Downing Street. The route continues up to Trafalgar Square, along Piccadilly, then down towards Victoria past Buckingham Palace and on to the river by Tate Britain.

At this point, the vehicle splashes down into the river (safely of course – no stuntman-style leaps from Vauxhall bridge, you’ll be pleased to hear) and you cruise back to where you started. The tour takes about 75 minutes and the tour guide gives you a running commentary (in English) along the way.

For those who fancy something a little more unconventional, there are several themed options, including a James Bond Tour, which tours key spots featured in the films. This tour can be booked as a private hire experience but also runs as a regular public tour on the third Sunday of every month. The D-Day Duck Tour, meanwhile, gives you a chance to see historic sites and hear wartime tales of London during the Blitz. This tour takes place on the first Sunday of every month.

Private hire tours include the ‘Pirates of Westminster’ treasure hunt – a longer tour in which everyone on board the ‘Moby Duck’ has to carry out tasks along the way and work as a team to solve the pirate-themed trials in order to catch the ‘treasure’. (There’s a Pirate Adventure for children aged seven and over, too.) The ‘Code Breaker Challenge’ uses the DUKW as a ‘boffin HQ’ while you search bunkers, tunnels and strange spaces to crack a secret code and fight evil plotters who are planning to steal London’s biggest tourist attractions. Something for everyone, then.