In 1884 many things happened. The first steam cable trams set off in Highgate, Mr Kellogg patented ‘flaked cereal’ and Marie Tussaud moved into Marylebone Road. Having already made her waxwork debut in the capital in 1802 (32 years after she founded the show in Paris), Tussaud decided to lay down permanent roots and she’s been there ever since. While Madame Tussaud the real life woman passed away in London in 1850, her legacy lives on.

Visitors to Madame Tussauds nowadays will find some 300 lifelike models that come from the worlds of music, movies, fashion, sports, royalty, politics, history and fiction. Major actors such as Angelina Jolie, Brad Pitt and George Clooney, come together with favourite characters from ‘Star Wars’, ‘Hunger Games’ and ‘ET’. The likes of Einstein, Dickens, Monroe and Chaplin offer a blast from the past. Usain Bolt, Mo Farah and Jessica Ennis-Hill lead the sports personalities, while Kanye, Rihanna and Madonna give off ultimate attitude in the music section. Elsewhere The Queen stands proudly with Will and Kate, Trump and Cameron get a look in, and YouTube stars Zoella and Alfie Deyes (no, us neither) are on hand for the youngsters.

The exhibition goes back as far as 400 years, in their ‘Spirit of London’ ride – a mocked up London taxi that takes you on a journey through the city’s history. Other rides include the floor drop (hold onto your stomachs) in the ‘Chamber of Horrors’, where you’ll find a history of crime and punishment over the last 500 years, with scary special effects and instruments of torture.

It’s the experiences and rides like these that make Madame Tussauds much more than a museum of dummies. This is a lively place to come, and although its’ hugely popular, the journey through is well managed. Even the most reluctant star spotter among your party can’t help but crack a smile.

Tussauds also hosts Marvel Super Heroes 4D. Interactives and waxworks of Iron Man, Spiderman and an 18ft Hulk provide further photo-ops, but the highlight is the nine-minute film in ‘4D’ (as well as 3D projections, there are ‘real’ effects such as a shaking floor and smoke in the auditorium). Throughout the year there are special exhibitions themed to the seasons or the latest entertainment stories or films.

One of the most recent additions is the truly impressive Star Wars area. Working with Lucasfilms Ltd to get costumes, looks and set design right, Madame Tussauds have excelled themselves. You can explore the swamps of Dagobah, pose for photos alongside Han Solo in the Cantina, take your place at the controls of the Millennium Falcon with Chewbacca or try to free Princess Leia from her chains in Jabba’s Throne Room.

Step into the swamp to meet Yoda and feel the soft ground beneath your feet as the musky smell of a 900-year-old Jedi’s home fills the air, then balance yourself on a glass-walled balcony and imagine what it would be like to reach out to the black-gloved hand of Darth Vader.

And proving they remain right on top of trends and current affairs, there's now a section dedicated to YouTube stars Zoe and Alfie, as well as the introduction of Donald Trump in full presidential setting, standing alongside political luminaries such as Nelson Mandela, Martin Luther King and Barack Obama. Plus there's an all-new Sherlock Holmes experience (tickets an extra £5) and even a 'Fashion Week' area, where you can walk down the catwalk with the likes of Kendall Jenner and Cara Delevigne. 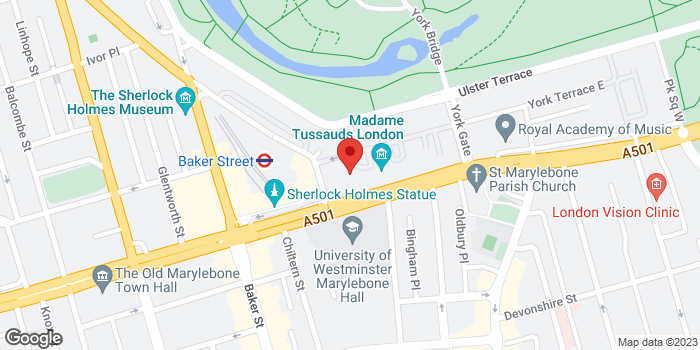