Attractions, Zoos and aquariums South Bank
Recommended
4 out of 5 stars 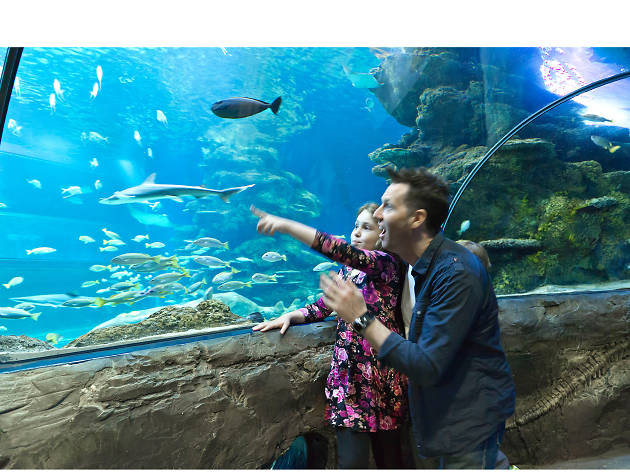 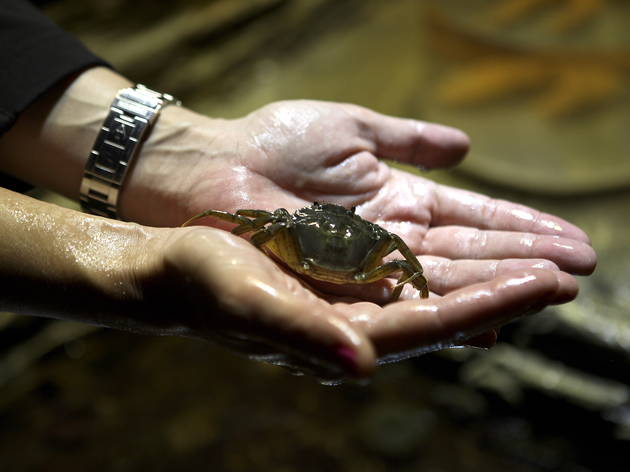 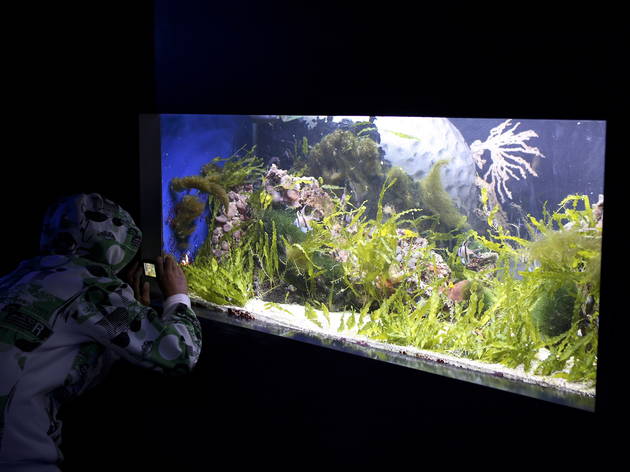 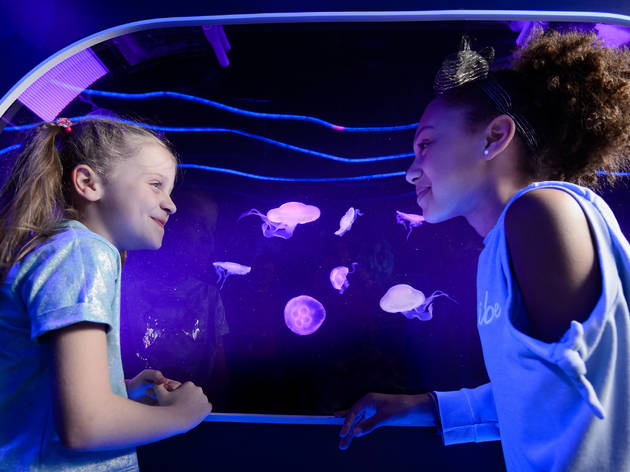 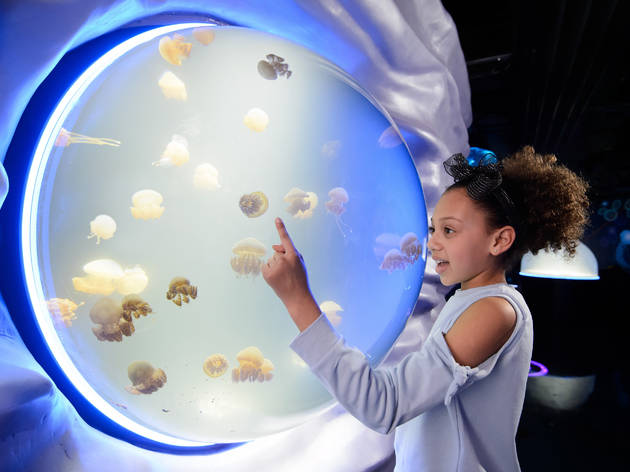 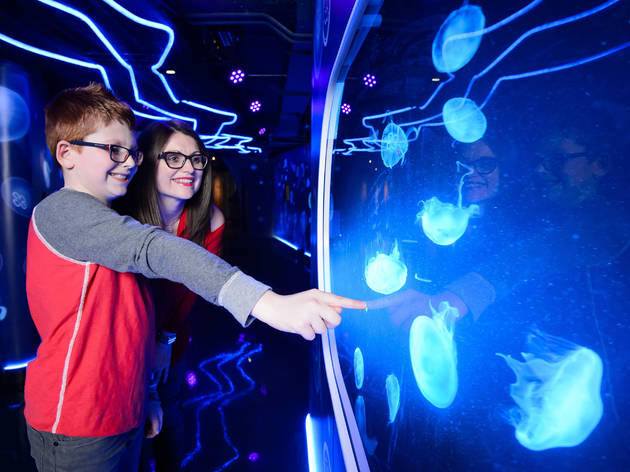 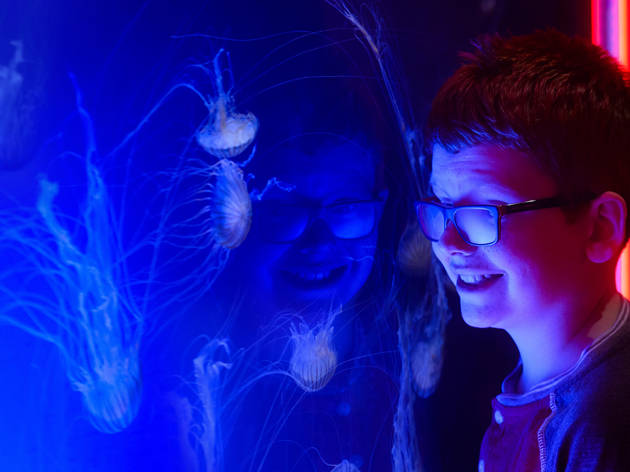 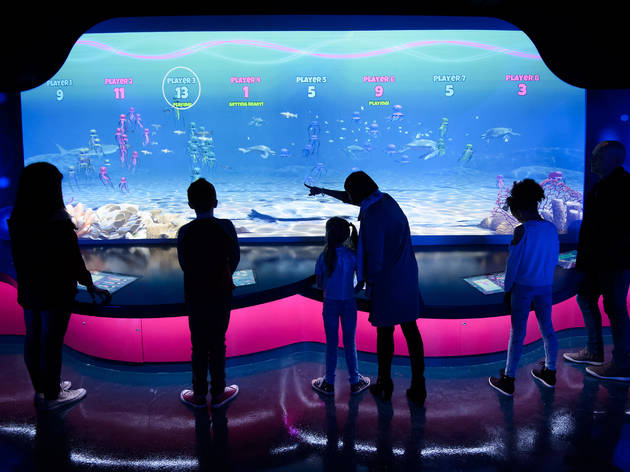 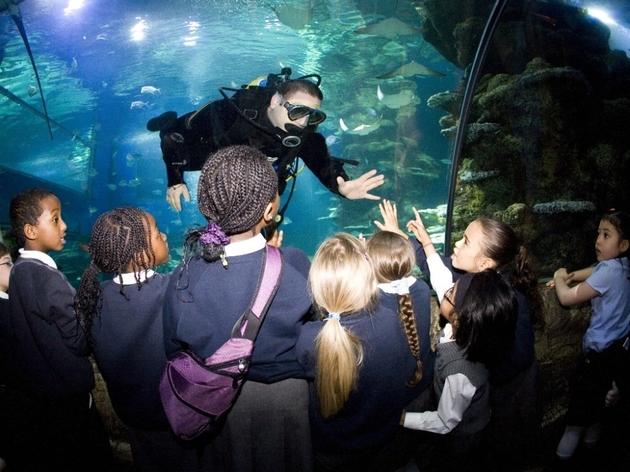 Walk through, over and under colourful aquatic worlds from the tropical to the Arctic at one of London’s busiest attractions

It’s not every day that you see sharks and penguins in London, but on the South Bank you can. Almost literally, too, if it wasn’t for the fact that Sea Life London Aquarium is closed on Christmas day. Thousands of tourists and local alike visit this old council building daily, which has been home to a remarkable watery wonderland since 1997.

Upon entering – over a glass window that peeks down to the Pacific waters display – you’ll follow a winding route through every attraction in the building. Wade into Shark Walk before reaching the Atlantic Depths (look out for sand eels and octopuses here) and then drifting into Tidal Reach, which houses creatures common to British waters. Life gets a little more exotic and vibrant as the display merges into the Ray Lagoon and the Dive Discovery tropical waters.

Along with rockpool displays of brightly coloured anemones and the gliding green sea turtles that swoop past overhead as you walk through the Ocean Tunnel, there’s a chance to get down deep with the sharks as you peer into the Pacific Wreck gallery and see if you can find Nemo among the clownfish in the Coral Reef zone.

Visit during off-peak hours if you can, in order to avoid the usual hordes and get a better glimpse of the wild inhabitants. Like the piranhas, for example, the poison dart frogs and Cuban crocs in the rainforest section. Also see if you can time your visit with a feeding, because that's when everything comes out of any hiding places they might have been lurking in.

There's also a new permanent exhibition called Ocean Invaders, in which you'll be able to learn more about the weird, wonderful and wobbly world of jellyfish. Visitors can discover the most dangerous species and even create their own digital jellyfish. Sea Life also carries out research and conservation work, and the Thames Walk experience (opened in summer 2015) reveals some of the insights into life in the waters that flow just outside the aquarium, and the work done to make them a cleaner environment in which fish can thrive. The Breed Rescue Project display invites budding marine biologists of all ages to find out more.

Head down solo, with your beau or in a group and get hold of one of the special package tickets, which allow entry to other London attractions, or a VIP ticket, which entitles you to a tour behind the scenes. The latter is a particularly cool option as you get to snoop around parts of the aquarium that the public aren't typically allowed into. And if you really want to get up close and personal with the sealife, the brave adventurers out there can book a ‘snorkelling with sharks’ experience and dive into the shark tank.