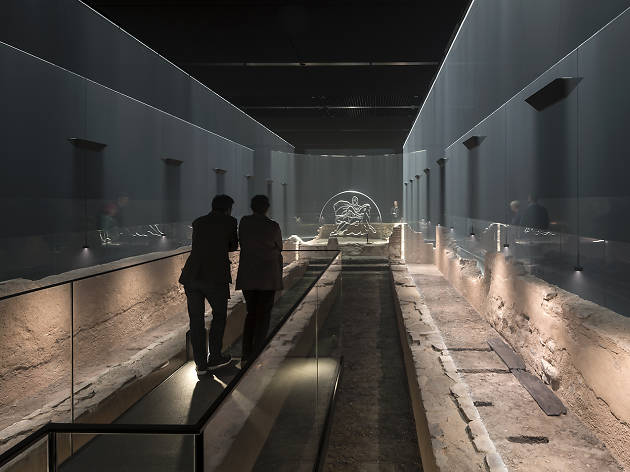 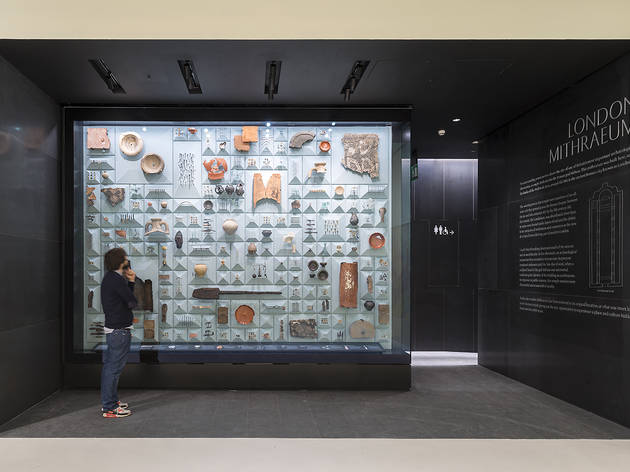 When it was discovered in the shell of a bombsite near Mansion House in 1954, the remains of the Roman Temple of Mithras had Londoners transfixed. It was all over the news, attracting 30,000 visitors. Then the whole thing was dismantled to make way for post-war construction and moved 100 metres away – pride of place on the roof of a car park, with very non-Roman crazy paving on the floor.

In 2009, tech and media giant Bloomberg bought up the original location to build its multi-million-pound HQ, and announced plans to ‘rebuild’ the Temple of Mithras. It delivered: inside that glossy waffle-shaped building is a full reconstruction of the original temple, part of the three-storey London Mithraeum Bloomberg Space, now open to the public.

On the first floor, impressive artefacts discovered during the archaeological dig of the site are displayed behind glass. Among the worn leather shoes and broken pots, you’ll  find a wooden tablet from AD 57, with marks on its surface: one of the oldest handwritten documents found in the UK.

The main event is found below ground level: an atmospheric reimagining of the  temple, built with the help of mud casts and archive material.

Almost 1,800 years ago, this room was the home of the men-only cult of Mithras, a place to drink, misbehave and worship the ‘god of Mithra’, a deity known for slaying a primordial bull. It was a bit like gentlemen’s club, so it should fit right in with the financial district. Thankfully, women are welcome in the Bloomberg version.

Inside, clever audio installations that hang from the roof evoke the Roman spectres with the sound of chanting in Latin, while the light fades in and out over the dusty ‘ruins’. This is much more than some recondite academic venture: it’s the closest most of us will come to experiencing ‘Londinium’. And there’s no crazy paving in sight.