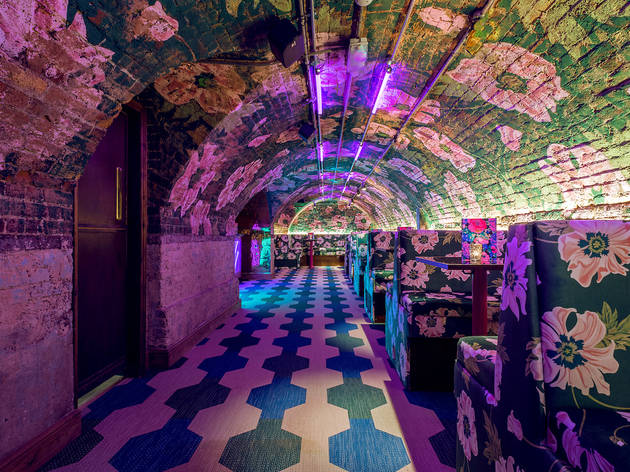 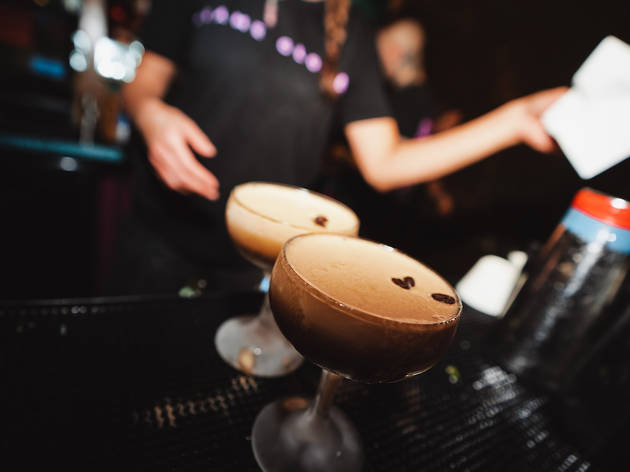 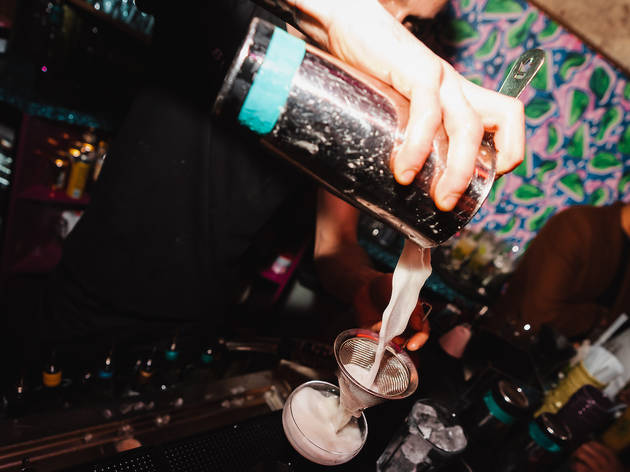 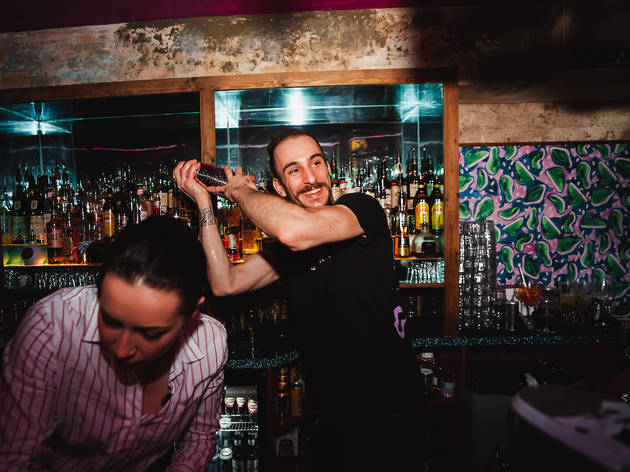 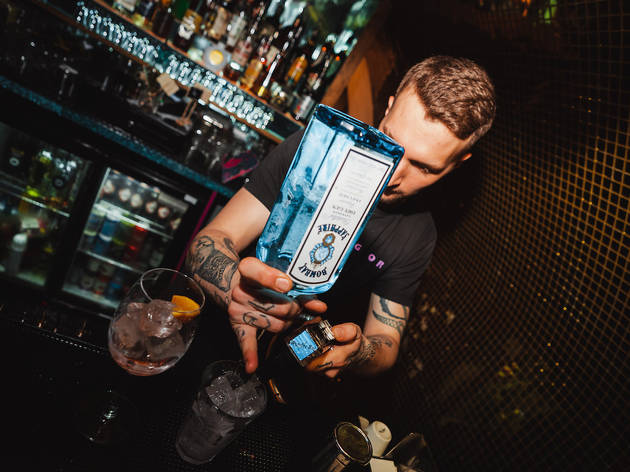 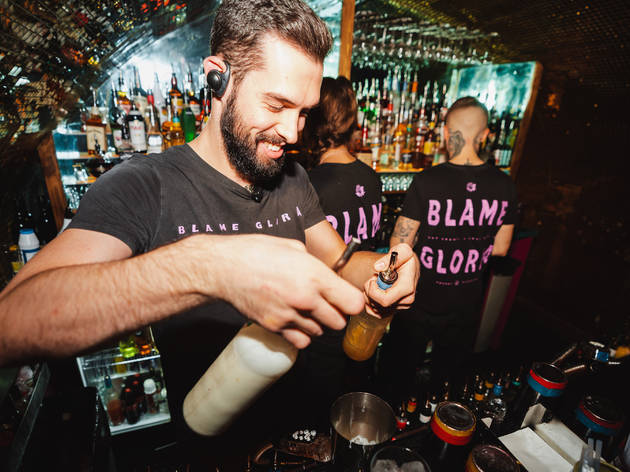 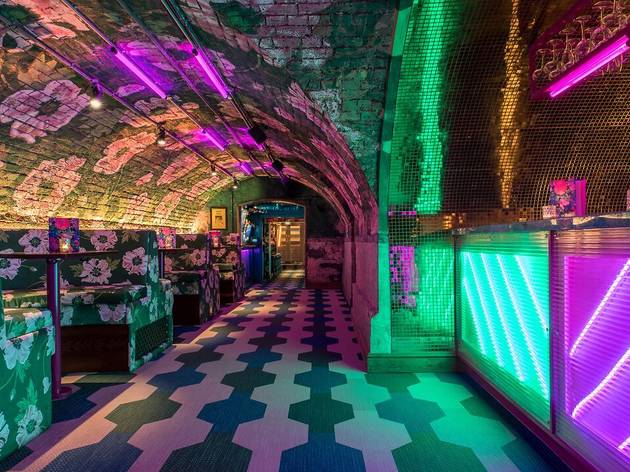 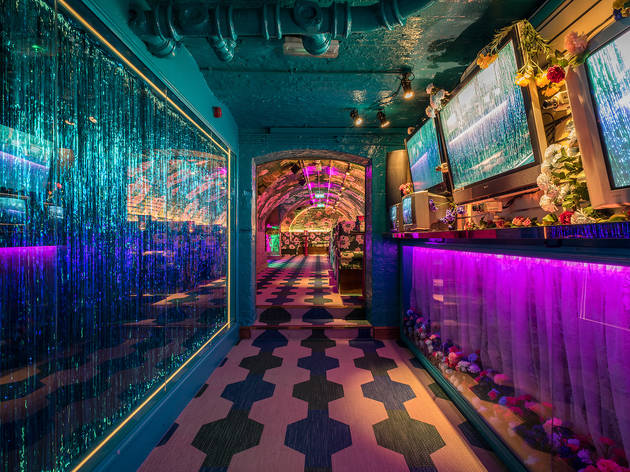 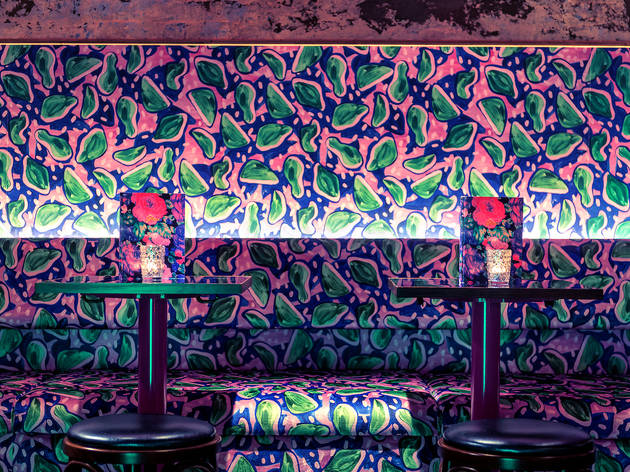 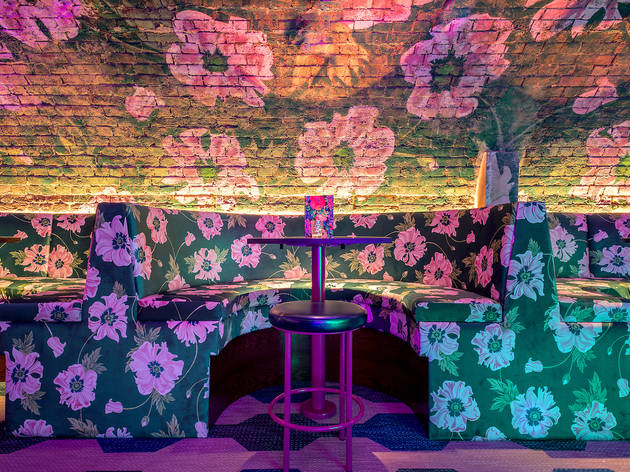 From humble beginnings can come great things; that’s certainly the case for this former public loo, now an outrageous little cocktail den beneath the streets of Covent Garden. It was hard to get a table on a Tuesday evening – clearly Blame Gloria has already earned a loyal following – but the bar itself felt a little over the top. It’s a sister to Tonight Josephine, which has become a drinking destination thanks to its lurid neon. As such, this spot has gone for more of the ’gram gold: yet the interior – a mix of green and pink lined with flowery velvet booths and neon-pink striplights – felt a touch reductive.

The drinks needed some work too: a Lemongrass Collins was tasty but more of a minty lemonade than a cocktail, and at the other end of the spectrum the Ziggy’s Stardust was overwhelmingly strong. But service was swift and cocktails are 2-for-1 during a daily happy hour. The real hit at Blame Gloria, though, is the toilets. We’re talking disco balls, dance anthems to wiggle to while you do your business, walls plastered with cut-outs of female icons and hand-sewn messages above each loo (mine said ‘don’t be a dick’).

If you’re after a splash of ’70s extravagance with your tipples, then pay Blame Gloria a visit, even if it’s just to spend a penny.

Blame Gloria says
Cocktail bar in the heart of Covent Garden, with a beautifully decorated interior, and carefully selected cocktail menu. Perfect for private hires, birthdays, group bookings and corporate events. Sip on your favourite cocktail, beer or wine and party the night away with Gloria.

Happy Hour available most days with 2 for 1 cocktails.

HAVE YOU MET GLORIA?
Gloria always threw the wildest parties. She makes the best whiskey sour. She had the best legs in soho. She taught bowie how to do his make up. She has elton’s old piano. Some say she dated hendrix. She spent her life in hotels.

When she ran out of dosh she moved into the basement. She still throws the best parties.

Bring your dancing shoes and an open mind…